Via The Wall Street Journal

Chinese drone maker DJI is opening its first-ever retail outlet in Shenzen next month, but early renders of the flagship store are a bit disappointing. It's not just that the interior design feels generic (glossy white stands and transparent shelving), but the fact that this doesn't look like a store built for drones. At the very least, we'd expect some sort of enclosed testing arena, and, if we were lucky, maybe even a whole courtyard where users can take a test flight. The current layout is just a little too enclosed.

dji currently sells most of its drones overseas

Of course, these are preliminary renders and they only seem to show the sales floor, so we're hoping DJI's final design is a little more expansive. As well as drones like the mass-market Phantom and high-end Inspire, the store will also stock DJI's new handheld video stabilizer, the Osmo. As of March this year, the drone-maker was on pace to log more than $1 billion in sales, and gadgets like the Osmo suggest it's willing to diversify its product-range a little to keep growing. 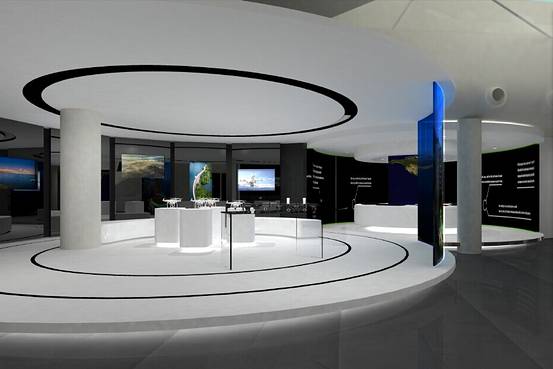 Another preliminary render of the store.

So far, the company has made all of its direct sales online, although it does work with dealers around the world to get its drones into physical stores as well. According to The Wall Street Journal, which first reported news of the Shenzen store, DJI says it will likely open other retail locations in the future, but has no specific plans for expansion right now. Let's hope they're working on making their first store a bit more drone-friendly first.

Updated November 18th, 09.53AM ET: DJI has confirmed that there will be a flight cage in the store, but customers won't be able to try out the drones — only DJI pilots. The company expects to open the store in mid-to-late December.