Sprint's really making it too easy for John Legere to tear the company down. For days, Sprint and its CEO Marcelo Claure have been counting down to a big announcement. Turns out, the whole hubbub has led up to a promise that, if you switch to Sprint, the carrier will come up with a plan that costs half of what you're currently paying Verizon, AT&T, or T-Mobile. The promotion kicks into effect starting November 20th. And sure, that's a decent enough offer — but it's one we've already heard before. 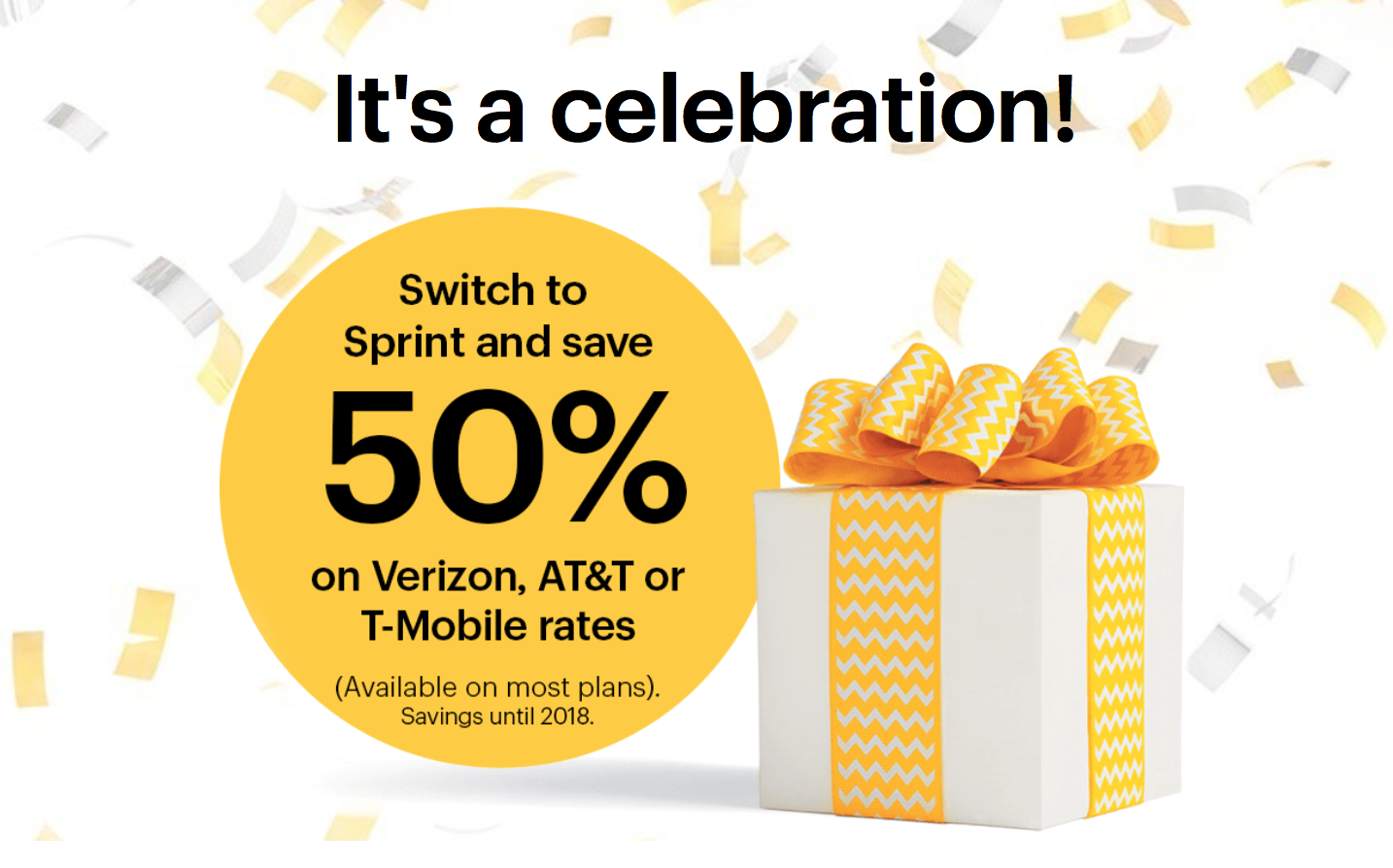 Last year, Sprint's "cut your bill in half" deal promised this exact result for customers coming over from its biggest two rivals. The difference here seems to be that T-Mobile, which this year surpassed Sprint to become the third-largest US carrier, is now part of the mix. If you trade in your current smartphone, Sprint says it'll cover up to $650 in "switching costs" (finishing your remaining phone payments, etc.) in the form of a gift card. But check out all this fine print!

There's some important stuff in there. First, this deal runs through January 7th, 2016, and Sprint promises to honor the monthly rate you get until January 2018. Second, if you're on T-Mobile's now-more-expensive unlimited data plan, this "cut your bill in half" thing simply isn't being offered to you. Period. It only applies to the tiered Simple Choice plans. Once you go over your chosen high-speed data allotment, Sprint will slow things down to 2G speeds for the remainder of the billing cycle. (You've got the option of forking over $15 per gigabyte if you want faster speeds.)

But things work differently (and get more expensive) if you're switching from AT&T or Verizon. Once you pass the data ceiling, Sprint will charge you overage fees! Customers will be charged 1.5 cents per megabyte, to be more precise. I'm not sure why Sprint is taking different approaches here. It seems massively confusing. Maybe it's to replicate the cost structure that customers are used to? T-Mobile doesn't charge overages, while AT&T and Verizon famously continue to.

Sure, it's the second time around, but maybe this offer will appeal to people hunting for the best deal. But that's not really the issue here. Pricing isn't Sprint's real problem; it's the network. This company still isn't in a place where it can truly (and consistently) compete with Verizon or AT&T in coverage and data speeds, nor does it offer any of the perks that are drawing people to T-Mobile. Thankfully, Sprint seems determined to fix the former; today also marked the unveiling of its LTE Plus network, which promises better speeds and improved reliability by harnessing technologies like carrier aggregation and antenna beamforming. Claure has gone further, saying that Sprint will lay claim to the best US wireless network within two years time. Promotions and new data plans are only going to take this company so far, and CEO Claure (and Softbank) have to start doing better — maybe this is the