Inside a suburban Los Angeles industrial building that once served as an R&D facility for Japanese automotive giant Nissan, natural midday light spills through the windows. Today, a very different company occupies this space. I arrive at lunchtime. It's catered, in true startup fashion — there’s no time to have your employees actually leaving the building for lunch, of course. By 1 o’clock, the cafeteria cleared out; there isn't much time for kicking back, even on a Friday afternoon.

This is the headquarters of Faraday Future, a young, seemingly well-funded company with an odd name that hasn’t said much about what it’s working on. We know that electric cars are involved, and we know that they’re probably years away from production. In the year and a half since Faraday’s founding, it has transformed this facility into a bustling corporate campus, stacked with a who’s-who list of poaches from some of California’s most prominent tech companies.

Tesla is one of those companies. For the past decade, Tesla has made the cars of the future: sleekly designed, technically advanced machines that brought with them a vision of how amazing and practical electric cars could be. Tesla, despite its problems and lack of profitability, has disrupted the auto industry by forcing it to think bigger. But now trading as a public company, Tesla is no longer the feisty new kid on the block — and it could be ripe for disruption, if Faraday gets its way. 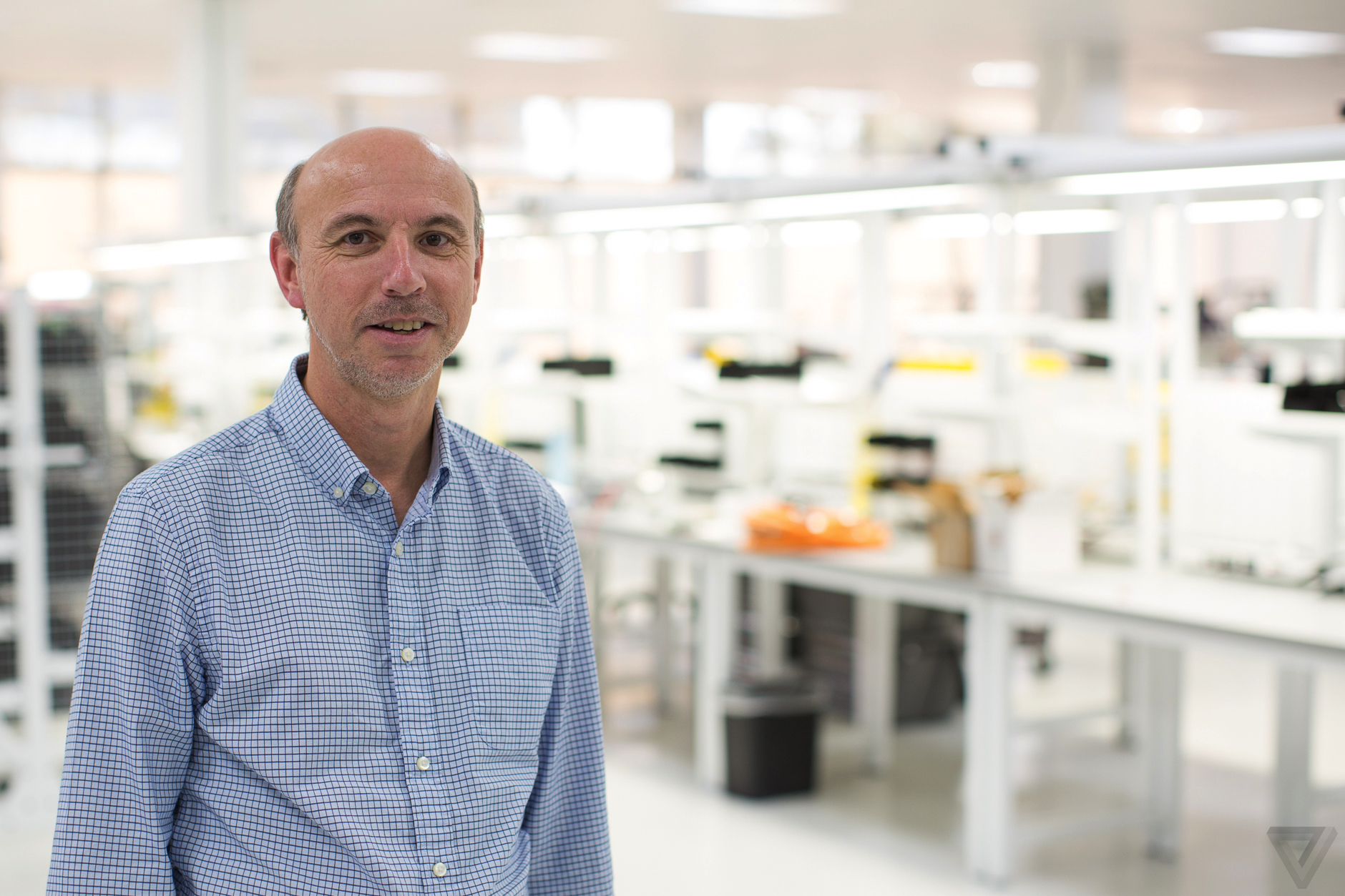 Faraday Future first came into the news last summer when news leaked of its existence and its intention to produce electric cars. But speculation swirled around the company’s origins, its finances, and exactly what kind of car it was intending to build. In recent weeks, intrigue has heightened, as news has trickled about its links to Chinese investors and the identity of its unnamed CEO.

This week, Faraday Future chief designer Richard Kim is expected to announce that the company will participate at CES in January, its first major trade show. Though Faraday is still very much in stealth mode, it recently announced that it plans to spend $1 billion on a US factory that will produce electric cars using a non-traditional sales model — possibly where owners would temporarily "subscribe" to different vehicles depending on their needs. While a prototype might be introduced soon, mass manufacturing could still be years away. Making cars isn’t easy; Google, for instance, farms out the production of its self-driving prototypes to a third party.

In Faraday’s engineering facility, the floors are a spotless white with sundry car parts and brightly colored machines tucked in corners. A large 3D printer sits on a table. Engineers are hunched over terminals. During my visit, conversation among the employees was the only audible sound. The work of developing modern electric cars is quiet, it turns out.

It’s probably no coincidence that the brief history of Faraday recalls Tesla’s early years. When Tesla was founded in 2003 by engineers Martin Eberhard and Marc Tarpenning, Elon Musk was an investor in the background. Later, when Musk took the reins as chairman and eventually CEO, he doggedly guided it to manufacture the Roadster, largely through sheer force of will. In doing so, Tesla turned to the auto industry to mine for talent and attracted employees from its production partner, Lotus. Now, Faraday has attracted a fair number of former Tesla staff to join as senior managers and throughout the ranks of the company.

One of those executives is Nick Sampson, a senior VP at Faraday in charge of R&D and engineering. He also acts as the company’s public face. Sampson is a tall, lean man, with a London accent and flushed cheeks who began his career at Jaguar in the late 1970s, moved on to worked as a race technician in the British Touring Car Championship, and later served as chief engineer and program director at Lotus. In 2010, he joined Tesla, where he served as the director of vehicle and chassis engineering for two years. He last worked at a Trexa, a company that builds electric vehicle platforms.

Sampson says Faraday was born from a conversation. "Three people sitting around in an office, discussing the future of the car and what people’s mobility would be in the future. Eighteen months later, we’ve got over 400 people working from all over the world," he says. He expects that number to double within the next year. 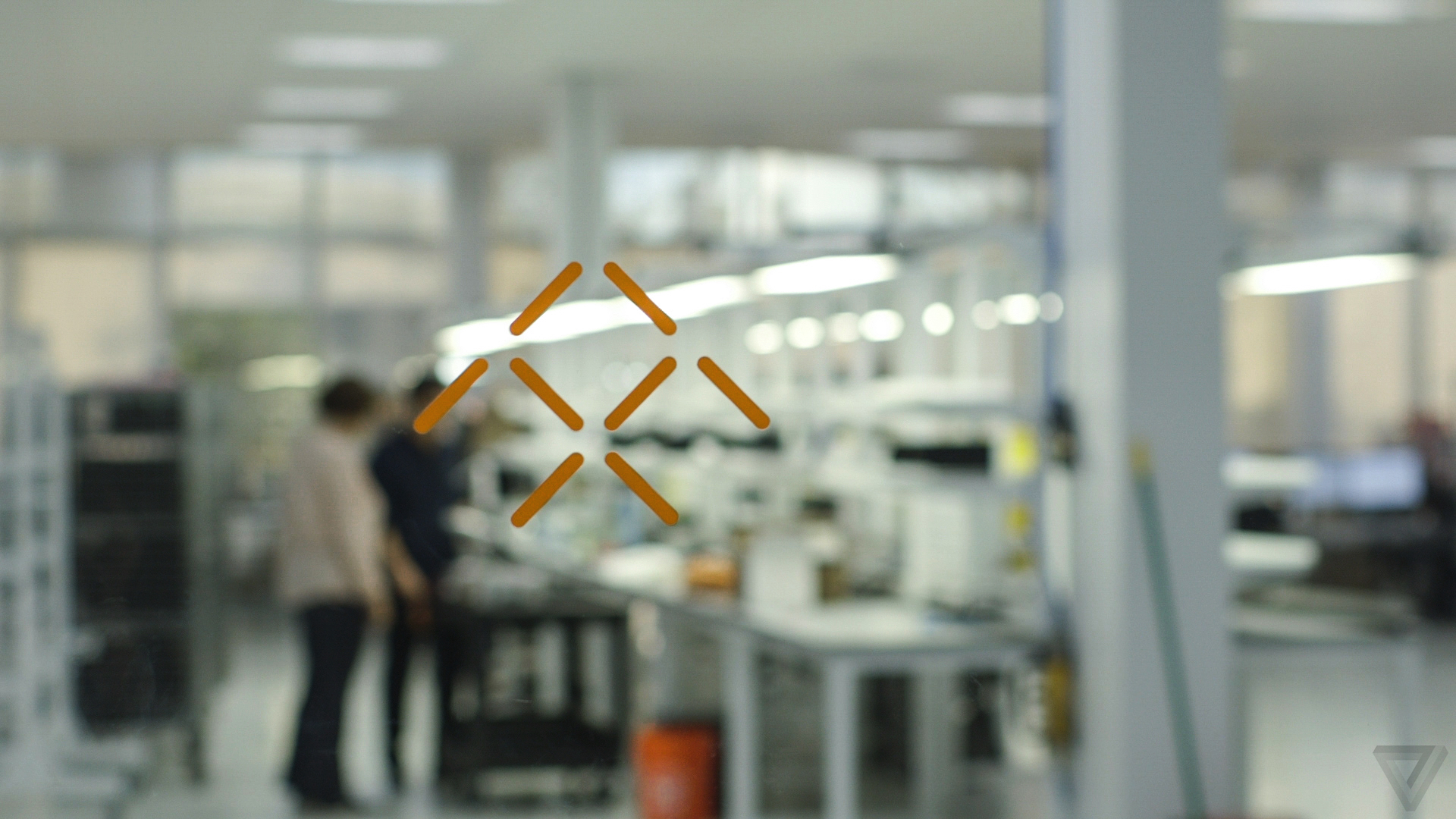 The Tesla comparisons are easy and obvious — a Southern California startup with aims on upending the auto business — but Faraday doesn’t want to be seen as a mere Tesla clone. "We’re creating an environment that’s even more creative, even more innovative for people," he says. "Many people look at Tesla and think they’ve done it differently than the traditional auto industry — and they have. But there’s other ways and other things we can capitalize on."

First off, Faraday sought expertise from beyond the auto business. "We reached out into the aerospace industries, the medical device industries, into the internet and technology industries to pull together a group of people with a diverse range of skills that could build a product that’s new and different," he says. In addition to Tesla, BMW, and Audi, the new hires come from Apple, SpaceX, and Hulu.

"The car should begin to learn my desires."

But I still wasn’t exactly sure what "the Faraday future" was, and this company — this secretive, well-funded institution with ambiguous goals — has done little to answer questions in the year and a half since its founding. In describing Faraday’s goals to me, Sampson’s first reference point was the desire to see more connectivity in cars. "As soon as you get in your car, you lose that level of connectivity. Today’s cars aren’t meeting the needs of today’s people, let alone generations yet to come. The kids of tomorrow will be wanting to be connected all the time."

"If I plan my journey, the car should know my journey and some of the places I want to visit along the way, because it knows my preferences," he continued. "The car should begin to learn my desires, and not just me as owner or user, but the people who are with me. It should be a much more social event to be in the car, to interact with people inside and outside the car."

Beyond that, though, details are scant. Faraday’s cars will be electric, and Sampson suggested that they will be autonomous. More pointedly, he focused on the potential for new ownership models that Faraday is considering. "Uber, for instance, is a new way of traveling, a new way of getting about. Some people are considering not even having a car. The cars of the future have got to meet those needs," he says. Sampson imagines various custom vehicles that are designed for specific purposes such as a family trip, the work commute, or Home Depot runs. "I don’t have to buy one compromise vehicle, I can just have use of the perfect model when I need it, like a subscription service. We now subscribe to music; we used to buy music." 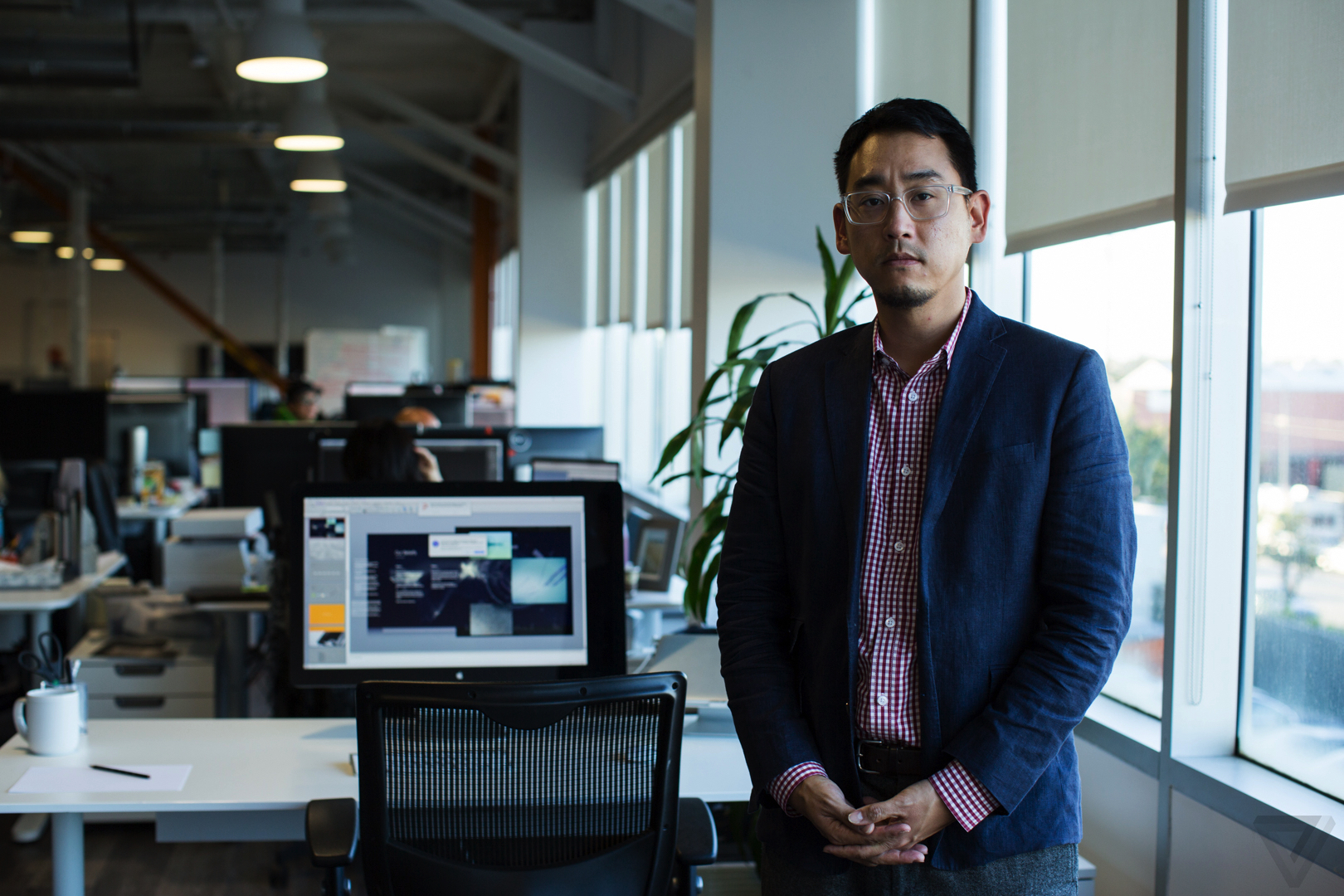 For now, Faraday might not be quite ready to reveal its strategy — but it can’t sit still, and it certainly has no first-mover advantage. It joins a large and growing race to redefine modern mobility that is spreading across both the auto and technology industries.

"I think of them as like-minded allies," he says, thinking of legacy automakers and new players like Google. But Faraday is intent on making its own real, sellable car. They’ve floated 2017 as the target goal, which seems unrealistically aggressive for a company of its age; when I asked Sampson if they would have a car on the road by 2020, his answer was a definitive "absolutely." At the furious rate they seem to be working and growing, it feels plausible that a show car could appear sooner. "We already have a test vehicle running, testing the electrical system, the battery, powertrain. We’re well through the design process for production. We’re already releasing data and information to start having parts made for real vehicles in the future."

"The car is still going to be beautiful, as traditional car designers want to have."

Later, I met up with Kim, Faraday’s design chief, who greeted me standing next to a covered prototype. As part of our arrangement, I agreed to keep my impressions on its exterior silhouette out of my report — but its shape was distinct from anything I’ve seen on the road. "It’s a car to some degree," Kim tells me, who was previously responsible for designing BMW’s electrified i3 and i8 models. "It’s a mobility device, and when people interact with cars, there is of course the irrational desire to have it. The car is still going to be beautiful, as traditional car designers want to have."

We moved on to the design studio on the top floor, where jazzy house music played in the background. Some 65 designers and support staff report to Kim, and on the day of my visit, the team buzzed with excitement about the work being done. In addition to traditional automotive CAD modeling, the designers work with Oculus Rift and augmented reality.

Kim said he and his team made up the process for designing with new technology on the fly in order to meet their tight design deadlines. "We’re doing things super fast in a third of the time that I am used to," says Kim. We’re still doing it high-quality and it’s giving new insight to see things immediately," he says. "We’re using the technology as it’s being developed. You see designers with a VR headset and they are pointing in space." Everyone I spoke to at the company said they feel a sense of freedom to do things that they couldn’t do at other companies, which clearly is helping to motivate them — even on that late Friday afternoon, the designers seemed focused. They’d better; for now, Faraday still doesn’t have a product, and the financial mathematics of the car business are brutal. Just ask Elon Musk.