The Verge Review of Animals: the leopard gecko

The Verge Review of Animals: the leopard gecko

The most human lizard

Lizards can sit unnaturally (or super naturally) still, stare, and then move in a flash — alien movements at alien speeds. Our feeble human desire to anthropomorphize everything is stymied at almost every turn, and somehow this makes the creatures all the more compelling.

Then there's the leopard gecko (Eublepharis macularius, which is basically Latin for "good eyelid, spotted"). The leopard gecko is a lizard that evolved away the things you expect from a gecko. It has no sticky lamellae on its feet for wall climbing, it has blinking eyelids, it tends to be more docile around humans. The leopard gecko is strange to its brethren, but in ways that make it more approachable to us. It's become a popular pet — one that can live for 20 years if you treat it well — because it's an otherworldly creature that you can keep in your home. One you think you can know. 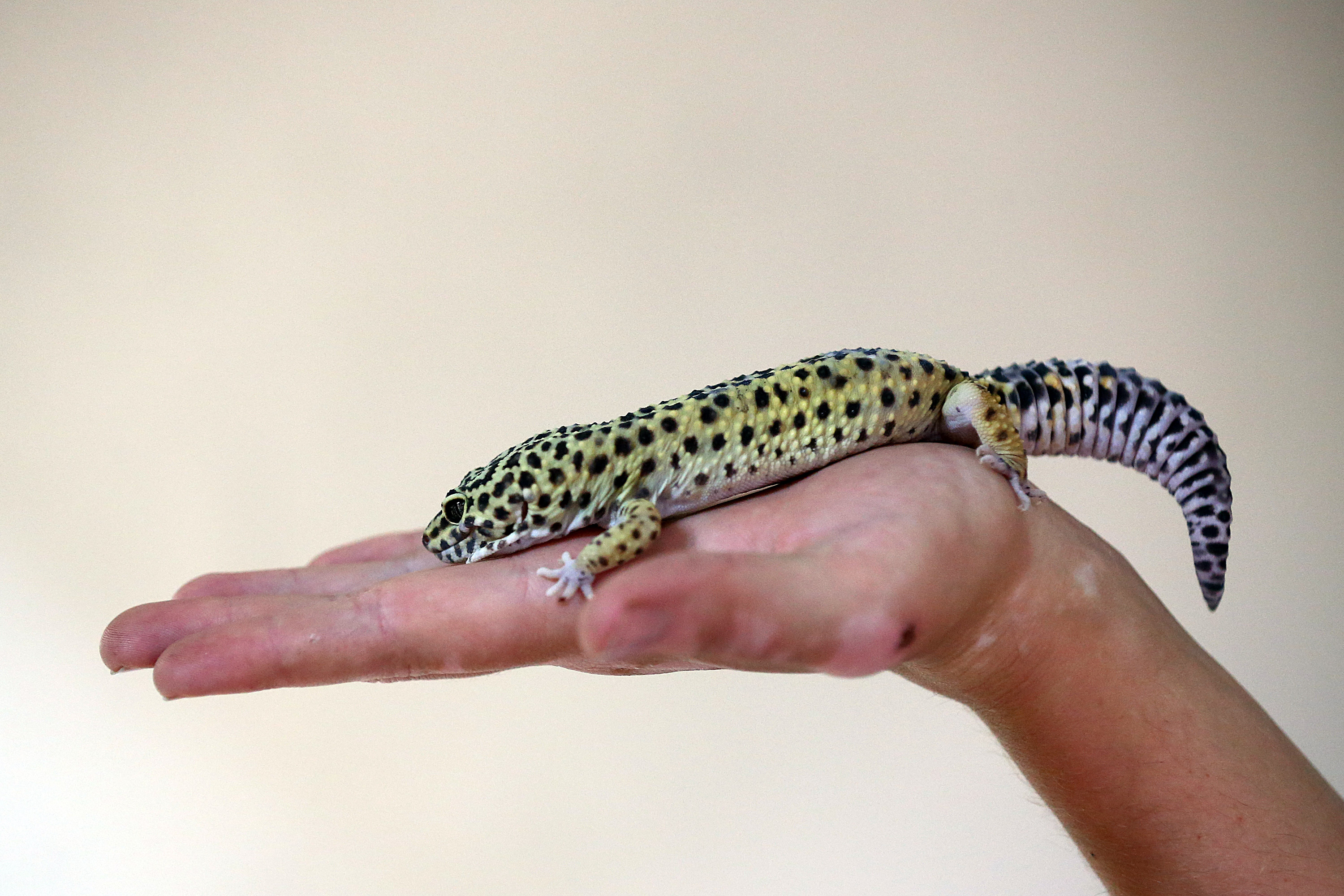 But let's get this out of the way: the leopard gecko is still weird as hell.

You've probably heard that geckos have tails to store fat and they can detach them to run away from predators, then regrow them later. In fact, you don't need to and actually shouldn't feed an adult leopard gecko every day — that's why the tail is storing fat. Leopard geckos also detach their tails; as they do, a specialized muscle clenches up to prevent blood loss. They lose their energy reserve, but they live to grow another one later. They're chill, they got this.

But it gets crazier than that: the detached tail can flop around to attract the predator while the gecko makes its getaway. It doesn't just do it once, either, as Wired notes. No, instead it just goes and goes, an unholy unliving thing scampering around so that its former host can skitter away to survive another day. Behold:

Leopard geckos shed and then eat their skin, too, the better to avoid getting tracked. Their ear canal goes straight through their tiny little skulls — shine a flashlight and you can basically see right through. It's thought to have spectacularly good eyesight, able to see color in the dark.

Most of the leopard geckos you'll encounter are bred in captivity — and because we can't leave well enough alone, there are morphs with stripes and stipples and other weird skin characterizations. But they're originally from a swath of land running from Iraq to Pakistan. That doesn't necessarily make them desert creatures, but they're optimized for arid and dry land. One of those optimizations is that they hang on to as much water as possible. Instead of excreting nitrogenous waste in liquid urine, they drop little powdery white crystals called urates.

As pets, leopard geckos feed on crickets (usually coated with a nutritional powder) and astonishingly named pinkies — tiny little baby mice. Watching any predator hunt is mesmerizing and horrible, and watching a lizard do it even more so. Don't watch this video:

You watched, didn't you? You saw that right foot hover over the ground and watched that lizard brain plot. You couldn't look away, all the way through to the awful and disturbing end.

Here's the thing about the leopard gecko. It seems custom designed as a "starter reptile" pet, the kind of animal that's easy to care for and more approachable than a snake. Those tiny little feet with their harmless claws. Those eyes with actual lids that make you believe that you understand the expressions it's making. The fact that it won't grow massive and ornery like an iguana.1 They're not slimy. They'll hang out on your shoulder. They'll blink those quiet eyes at you like a contented cat and you will feel like you have made a connection.

Seriously, iguanas live longer and get meaner than most people realize and thus end up either abused or abandoned into hostile environments — environments which they often end up damaging themselves.

There are lots of animals with tiny brains that we believe we're forming relationships with (R2D2 budgies 4 life), but with the leopard gecko it's just a trick. It's not a cat-level brain-altering chemical trick, but you're being fooled nonetheless. These evolutionary traits aren't there to warm your heart, they're there to make the gecko a more efficient killer — one who adeptly evades other predators.

Reptiles do not think the same way you or I do — they're mysterious in ways that go beyond the cliche of "tiny lizard brains." But because of how it looks, the leopard gecko is the lizard that most makes you believe that you have bridged the implacable void between the minds of mammals and reptiles. But sorry, it isn't true. You do not know the leopard gecko, it does not know you.

The gecko is not your friend

Waking at 4AM to soundless dark — where the leopard gecko can see things you cannot — you might realize that it's not just reptiles you cannot truly know. Your friends and lovers are also inscrutable, in their way. Their minds and modes of thought belong to another world — their own. Are you fooling yourself, when you think you understand their hearts?

While you wait for the light to strengthen, think of the leopard gecko; maybe the difference between pretending you know a creature and actually knowing the creature doesn't matter. You can sate the gecko's hunger and make it feel safe enough to keep its chubby little tail attached. It can rest upon your warm palm and close its eyes and make you feel like you have helped another creature find its way in a harsh, cold, and uncaring world. Maybe that should be enough. Maybe you don't need objective proof that there is more than that.

Also, let's be honest, the little lizards are super cute.