Hey, you have to get out of the house at some point, right?

Share All sharing options for: 12 movies to see with (or without) your family this Thanksgiving weekend

You have the day off work, the entire family together, and you’ve already finished playing two games of Clue and then Scrabble ended early after no one could agree on whether "qat" was a word. So what do you do next? Head to the movies. Finding a film that everyone can agree on is never an easy task, but we’ve broken down what’s currently in theaters to make the choice easier, whether you're with friends, family, or a doggy bag full of pie.

It's hard to go wrong with a Pixar movie. The Good Dinosaur imagines a world where talking dinosaurs and growling cave people live alongside each other, pairing a lanky apatosaurus with a half-cute, half-feral Neanderthal child. It's not the most exciting Pixar film in recent memory, but it's one of its best to look at thanks to its incredible prehistoric world. Read our review here.

Best seen with: your stressed-out family, when they need to have a little cry. 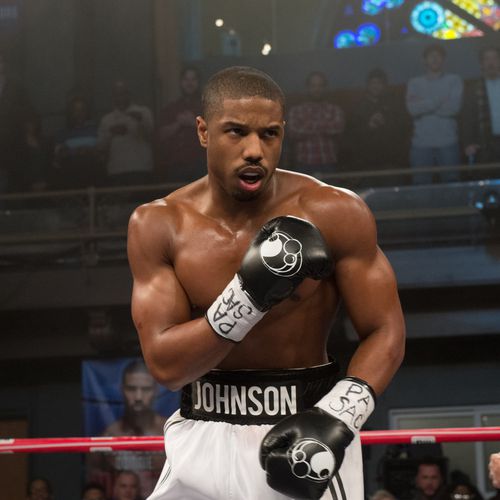 We didn't need another Rocky, but Creed is another story — literally. Michael B. Jordan picks up the mantle as Apollo Creed's son in this powerful revitalization of the classic boxing series. Naturally, Sylvester Stallone is here too, but the film's focus on Creed gives it a new world and new struggles to begin to explore. Read our review here.

Best seen with: your dad, after he refuses to see anything else.

Two UK heartthrobs put on atrocious makeup and run around while things explode in Victor Frankenstein, a... liberal... reimagining of the classic story of Dr. Frankenstein and his monster. It's an action-packed attempt to do for Shelley what Guy Ritchie did for Sherlock Holmes, and it could be just the silly escapism you're craving after the plates have been cleared.

Best seen with: your friend who still thinks the monster's name was Frankenstein.

The Danish Girl tells the story of artist Lili Elbe, one of the first trans women to receive sex reassignment surgery. Oscar winner Tom Hooper directs, and the film has been praised for Eddie Redmayne's starring performance — though it's been controversial for that casting decision as well.

Best seen with: the Oscar completist in your life. 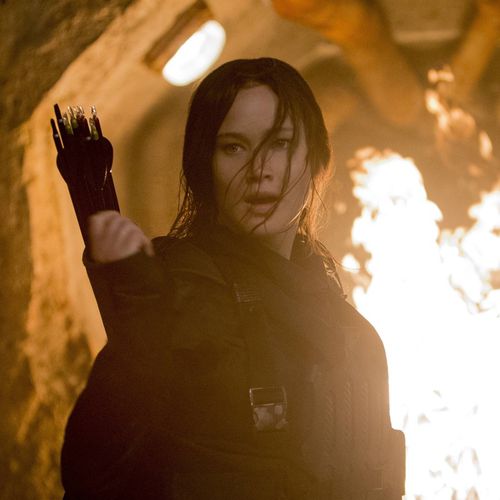 For whatever reason, November is the time of year for multi-part movies to come out, and this year we're getting the fourth and final installment of The Hunger Games. Let's be real: if you haven't seen this one yet, and you've already seen the other three, this is your one and only moviegoing choice. Mockingjay Part 2 may not be the series' finest, but it's a movie built just for the people who have made it this far. You deserve it. Read our review here.

Best seen with: your YA-obsessed friend, who will be seeing it for the fourth time. 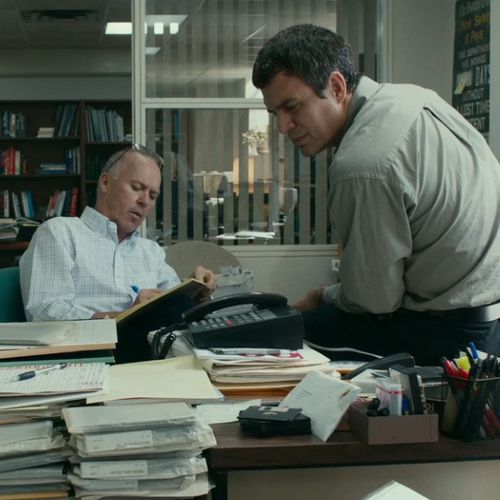 Journalism rarely looks as thrilling as it does in Spotlight, a movie that focuses on The Boston Globe's Pulitzer-winning investigation of child abuse in the Catholic Church. It has a great cast, with Rachel McAdams, Mark Ruffalo, and Michael Keaton in starring roles, and that 97 percent Rotten Tomatoes score is nothing to sneeze at, either. Read our review here.

Can you believe it's only been a year since The Interview? Now Seth Rogen is back in a holiday comedy co-starring Joseph Gordon-Levitt and Anthony Mackie, all playing variously immature dudes making a mess of their lives and New York City as they attempt to have one final grand night out. You should know already whether you're going to like this or loathe this.

Secret in Their Eyes

Secret in Their Eyes is an intense crime thriller about a group of feds going rogue to track down the guy who murdered one of their kids. It's a plot that sounds weirdly overdone in the world of crime dramas, but the cast is the reason you might want to see this one: Julia Roberts, Chiwetel Ejiofor, and Nicole Kidman all star. At the very least, the acting should be worth watching. Read our review here.

Best seen with: anyone who is officially over the holiday spirit.

If your eyes are still hungry for dessert, director Todd Haynes' latest is visual pecan pie. Carol is a sweepingly romantic portrait of a relationship between two women — played by Cate Blanchett and Rooney Mara — in 1950s New York. It's a romantic and emotional story that has the two women struggling to be together as one of them deals with her existing marriage to a man (Kyle Chandler).

Best seen with: your special someone, preferably in cocktail attire.

Critics have been praising Saoirse Ronan's performance in Brooklyn, in which she plays an Irish immigrant learning to live in 1950s New York, torn between love lives and attachments on both continents. It's a gentle, nostalgic story with classic filmmaking vibes, and its universally positive reviews suggest this one's a certain winner.

Best seen with: parents and grandparents who aren't in the mood for a downer this weekend.

Every film could use more Tom Hardy. And fortunately, Legend has twice as much Hardy as the average Hardy film. Hardy stars as twin brothers in Legend, which has him playing two notorious gangsters in 1960s London. It's been getting mixed reviews, but it seems safe to assume that watching Hardy take on two roles will be a blast.

Best seen with: anyone who loved Mad Max but wished the title character wasn't covering his face for half the film.

There's little more frustrating in life than The New Yorker's cartoons, which range between bewildering and terrible to some of the funniest single panel comics you've ever seen. The documentary Very Semi-Serious goes inside the magazine to see who's creating its comics and how they get made. Presumably, you'll come out both confused and aching from laughter.

Best seen with: your grandparents, after you're done touring the Met.