You will never leave your couch again

Thanksgiving and movies go together like Thanksgiving and binge-watching. And while it may be tradition to head out to the theater after the table's been cleared, there are only so many films in theaters right now. Why spend $20 on tickets and parking when you could stay home and enjoy the beautiful bounty of Netflix and Hulu's combined powers? No matter the crowd you're spending the holiday with — even if it's a crowd of one — there's something for everyone to enjoy on our nation's laziest holiday. 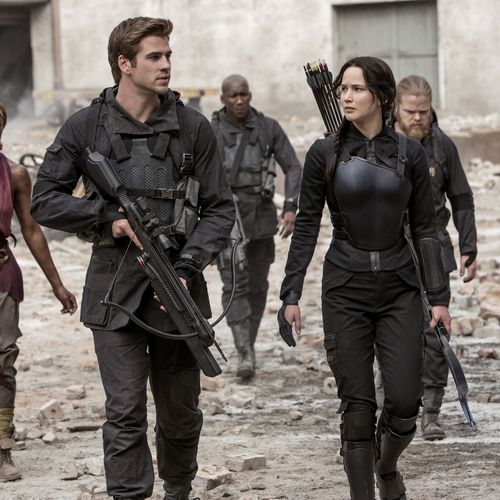 If the family's about to make the trek to the multiplex to catch the grand finale of The Hunger Games, and you are somehow lagging behind on the most culturally significant YA phenomenon of our time, get yourself caught up on Hulu. Take it from us: it will make Part 2 much more enjoyable.

Best seen with: your younger relatives, who will helpfully narrate every scene to make sure you understand the difference between Caesar Flickerman and Plutarch Heavensbee. 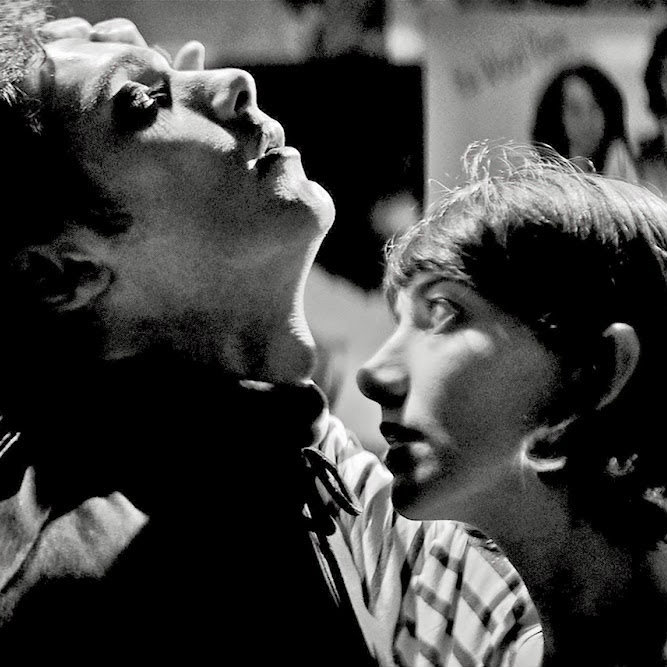 Director Ana Lily Amirpour describes her own feature debut as an "Iranian Vampire Spaghetti Western," and hey, if the shoe fits. A Girl Walks Home follows a down-on-his-luck young man struggling to take care of his father, who soon finds a guardian of sorts in a mysterious, music-obsessed, bloodsucking girl. Shot in surreal black and white, it's the perfect escape from the noisy chaos of the holidays. 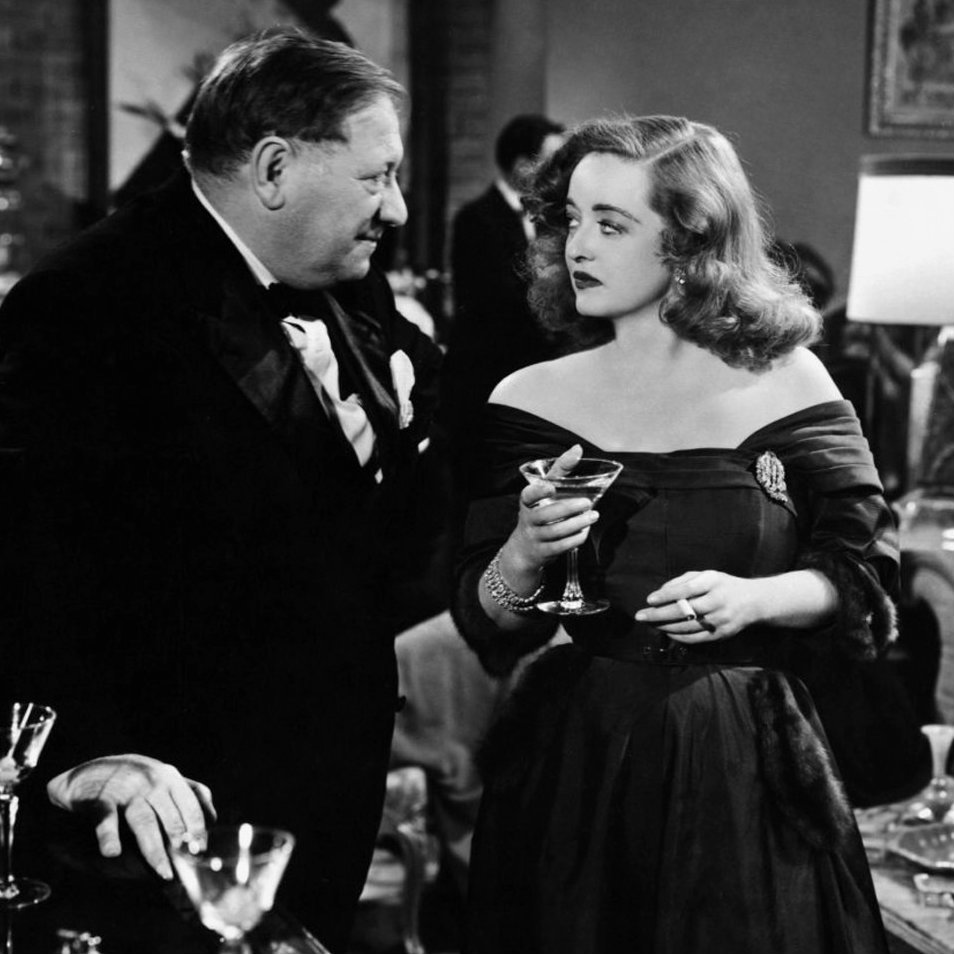 All About Eve (Netflix)

The art of shade found its arguable first peak in this 1950 classic about the backstabbing, conniving world of the thea-tah. Bette Davis stars in the quintessential Bette Davis role of Margo Channing, an aging Broadway legend who takes a seemingly innocent ingenue under her wing. Don't let the copyright date scare you; All About Eve still feels as fresh and over-the-top as anything coming out of Shondaland.

Best seen with: Your grandparents, on the condition that you follow it up with Empire. 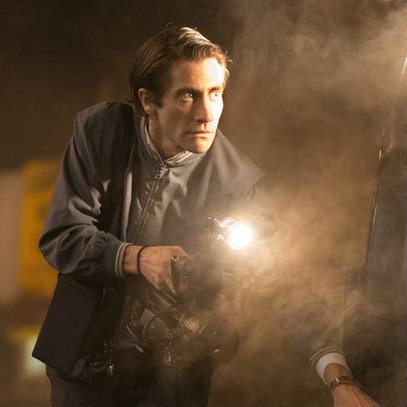 Jake Gyllenhaal gave one of the most underrated performances of 2014 in this paranoid thriller. He plays an eccentric self-made freelance cameraman who comes up with a, let's say ... questionable ... way to get ahead of his local news competitors. Set in a grimy, electrified Los Angeles reminiscent of both Drive and Repo Man, Nightcrawler is both satirical and genuinely suspenseful.

Best seen with: your Friendsgiving crew, who don't care if their holiday viewing gets a little bit grisly. 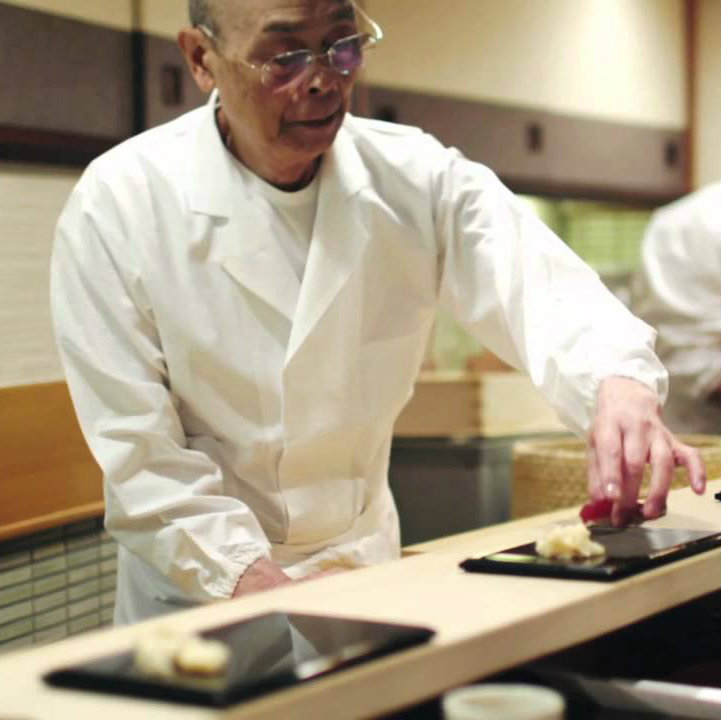 On a day when everyone's obsessed with food, this documentary about one man's monk-like devotion to it is a surprising palate cleanser. 85-year-old Jiro Ono is one of the most respected and beloved sushi chefs in Tokyo, and he and his two sons must make plans for how to continue his legacy. Even after two plates full of turkey and stuffing, this might just make you hungry for toro.

Best seen with: your aunt, who clearly put some serious time into that lattice on her apple pie. 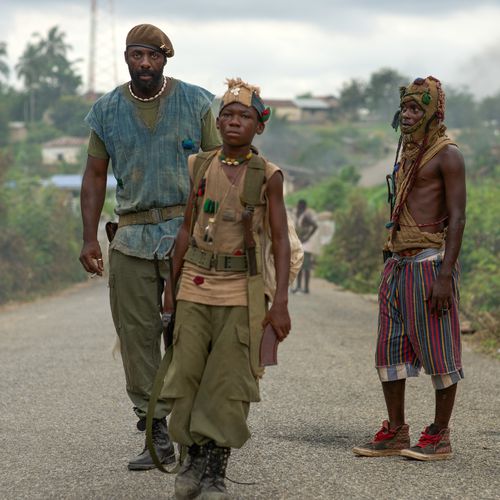 Beasts of No Nation (Netflix)

Netflix's foray into the prestige feature film game gets off to a powerful start with Cary Fukunaga's long-in-the-works passion project. Idris Elba delivers a terrifyingly understated performance as The Commandant, a prophet-warlord who recruits and trains child soldiers in an unnamed, war-torn country. But the film's young lead, the untrained Abraham Attah, shines most as the young protagonist Agu. This one gets dark — clearly — but it's a rewarding, visually stunning watch.

Best seen with: yourself — you'll want some time frown contemplatively after this one. 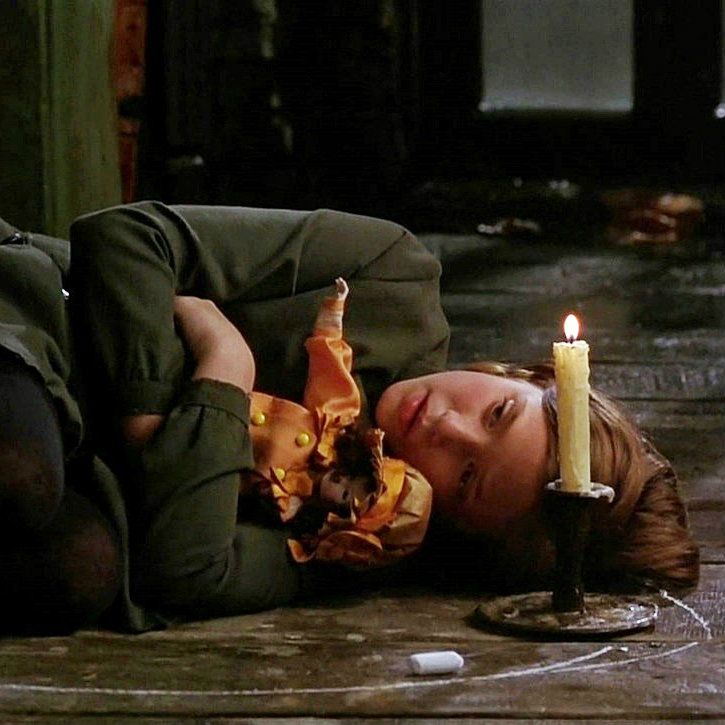 Before Alfonso Cuaron sent Sandy Bullock up into space, he directed this gorgeous 1995 adaptation of Frances Hodgson Burnett's classic children's novel. Cuaron and his soulmate cinematographer Emmanuel Lubezki (yes, that guy) give Sara Crewe's riches-to-rags journey just the right amount of magical realism. A word of warning: this will make you cry. A lot. 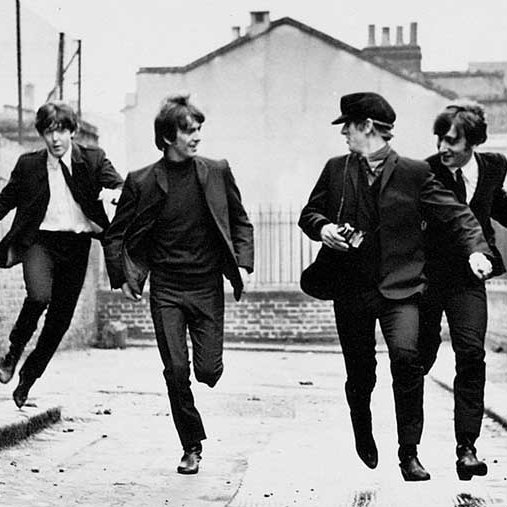 Did you know you can stream a big chunk of the Criterion Collection on Hulu? I feel like not enough people know that the Criterion Collection is on Hulu! Obviously, a collection of early David Lynch experimental films might not be exactly right for the holidays, but bookmark them for later and start with some lighter fare, like the classic Beatles movie A Hard Day's Night. Richard Lester's witty, madcap musical comedy is much better than it needed to be at the height of Beatlemania, and the lads are naturally charming comic actors.

Best seen with: your parents, who'll know all the songs even better than you do. 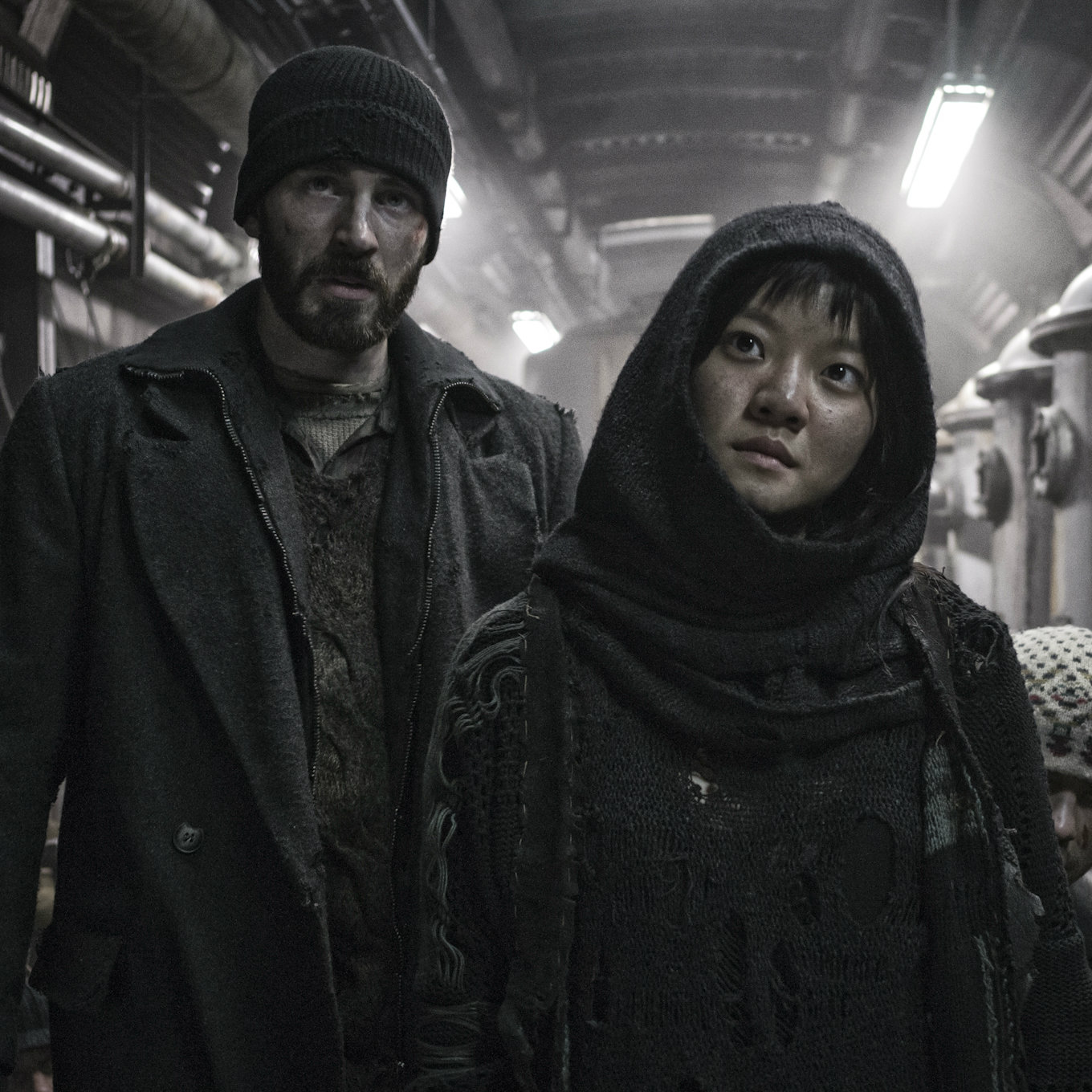 Bong Joon-ho's post apocalyptic action thriller is a truly international production, and utterly unique. Set on a perpetually moving train in the midst of a nuclear winter, it's got all the cathartic class warfare of The Hunger Games and all the gonzo action of Bong's Korean language catalog. Also, Alison Pill with a machine gun.

Best seen with: the folks who got stuck at the airport for eight hours on their way to see you — winter travel could be much, much worse! 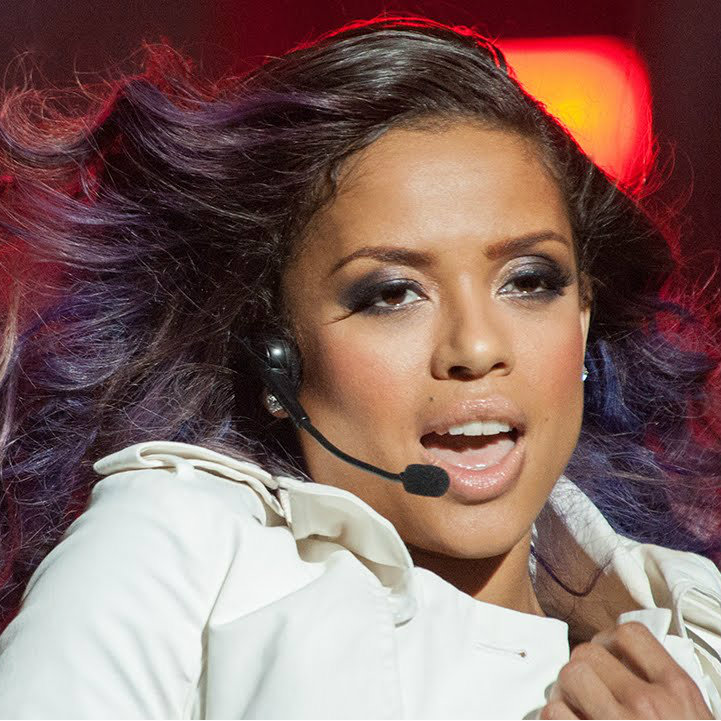 Beyond the Lights (Netflix)

Gugu Mbatha-Raw is definitely someone to keep an eye on right now (she's in the upcoming Will Smith film Concussion) so now's a good time to check out her starring role in the 2014 romantic drama Beyond the Lights. She plays a troubled pop star who has to balance her career with a blossoming romance with a hot cop. You totally know where this one's going, but Mbatha-Raw is fantastic, and sometimes a little predictability is comforting this time of year.

Best seen with: your old hometown friends and a bottle of wine. 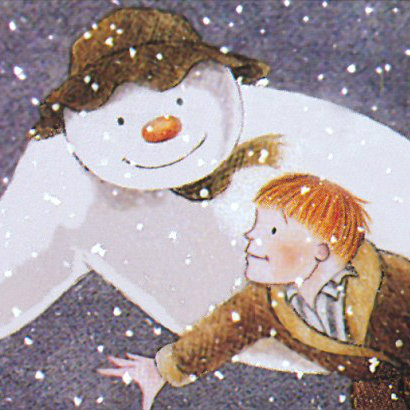 The Snowman is half an hour long, and contains no dialogue. It's beautiful. It's also possibly the most depressing Christmas film of all time. Still, there's not much else like it, and you owe it to yourself and the younger relatives in your family to wrap yourself up in its melancholy, snow-blanketed glory.

Best seen with: the kids in your family, who might be shocked to learn there was animation before Pixar. 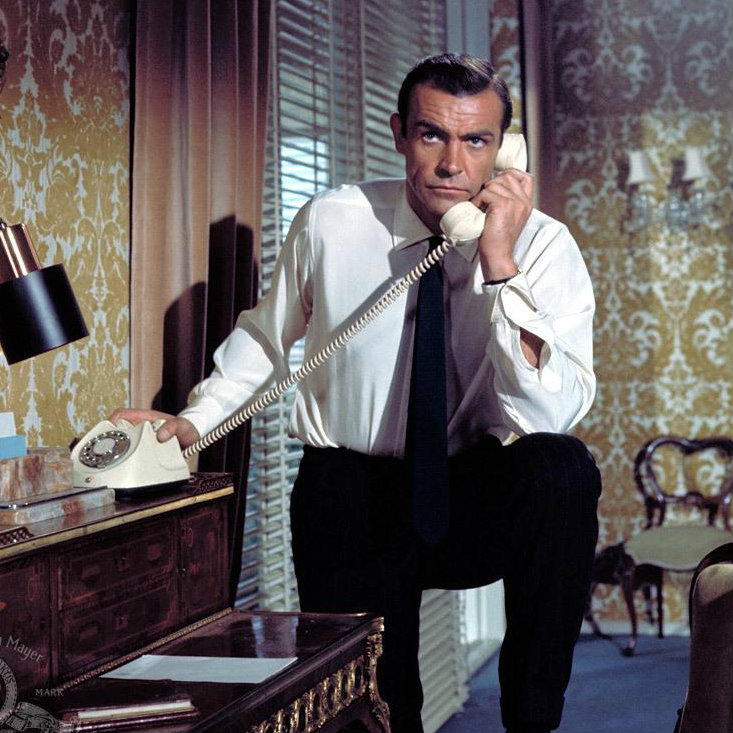 Let down by Spectre? Get your Bond fix on demand with Hulu's collection of classic 007. Their archive starts with Timothy Dalton and goes back to Sean Connery, so you can catch up on the highs (Goldfinger, From Russia With Love) and the lows (The Living Daylights, Moonraker) of the franchise — whatever you're in the mood for. (Octopussy. You're in the mood for Octopussy.)