The best all-in-one there is, now in both 4K and 5K

Last year’s iMac brought the Retina display to Apple’s desktop product line in dramatic fashion. The 27-inch 5K screen was a jaw-dropping addition that made the all-in-one impossible to look away from. And if you were in a position to afford one, you came away with an incredibly capable machine that blurred the line between consumer PC and professional workstation.

For 2015, Apple has brought that same once-you’ve-seen-it-there’s-no-going-back sharpness to its 21.5-inch iMac, which now features a 4K display and starts at $1,499. Better still, the company has improved on last year’s Retina 5K iMac with an updated model ($1,799 base price), but the new, smaller alternative is pretty fantastic in its own right. 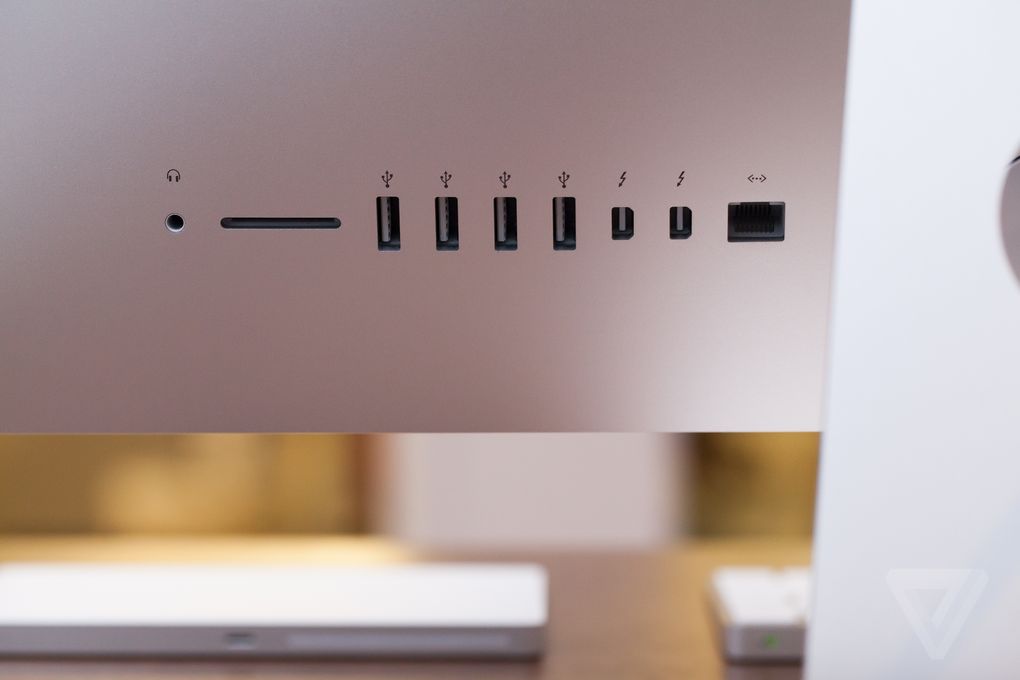 On the outside, Apple’s new iMacs wear the same aluminum-and-glass design they’ve carried for years now. All the ports remain around back. They’re still a hassle to get to, and they’ve also gone largely unchanged. You get a pair of Thunderbolt 2 ports, four USB 3 inputs, an SD card slot, headphone jack, and gigabit ethernet. For whatever reason, Apple’s not yet ready to bring newer technologies like USB Type-C and Thunderbolt 3 to its desktop Mac — even the highest-end 27-inch version — and that’s disappointing. It means you still can’t have these amazing screens pull double duty as external displays. And considering how annoying it is to reach around the iMac to plug anything in, a reversible USB input would’ve alleviated a lot of that frustration. 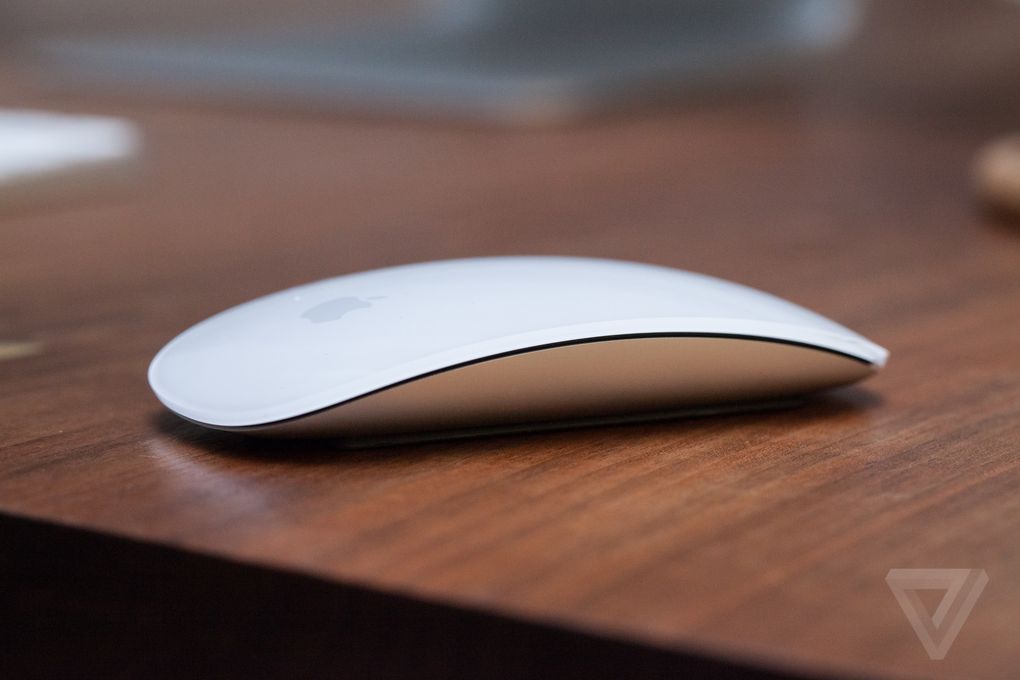 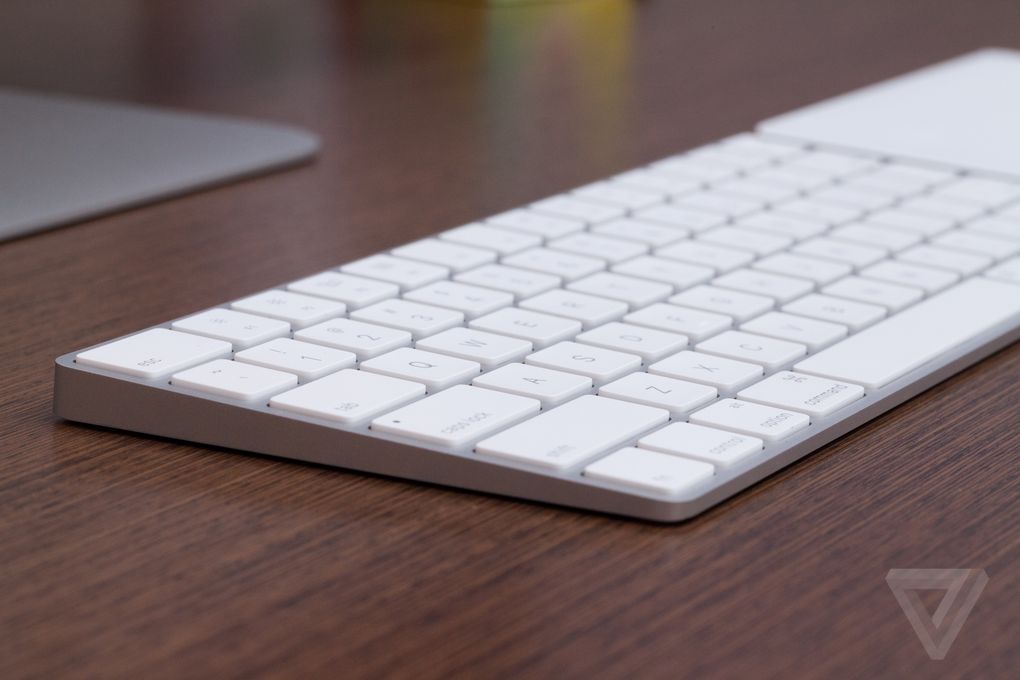 But there are legitimate improvements to the thing you’ll spend hours staring at and getting lost in: the screen. At both sizes, the new Retina iMacs feature a wider color gamut than last year’s model, a change that might leave previous buyers — particularly photographers and videographers — feeling slightly burned. With 25 percent more colors to work with, Apple says these machines produce more vibrant reds and greens and an overall picture that’s more true to life. In day-to-day usage, the difference isn’t always so obvious, but that’s really just a testament to last year’s panel being so outstanding. Even if you are a photographer, most cameras (point-and-shoots and DSLRs alike) shoot in what’s known as the sRGB color space, so if you want to see that wider palette in your own images, it may take futzing with settings or reprocessing your RAW files.

The Retina iMac remains a magnificent sight regardless of whether you go with 4K (4096 x 2304) or the mammoth 5K model. Pixels are simply imperceptible. Apple’s iTunes Store hasn’t yet made the leap to selling 4K movies, so there’s still not a ton of stuff to sit back and watch on these things aside from high-res YouTube clips. But OS X itself and most third-party apps you’ll download are all tack sharp. These screens are a great canvas for new El Capitan features like split-view multitasking and an improved Mission Control. And lastly, the iMacs are also a perfect showcase for the 4K video most flagships smartphones are now capable of shooting. We recorded our entire video review above using an iPhone 6S Plus.

Upgrading to a Fusion Drive isn't optional; it's absolutely essential

Both iMacs are perfectly capable of editing that 4K footage, too — so long as you don’t get suckered into buying the base 1TB hard drive. It’s 2015, and Apple somehow thinks it’s reasonable to put cheap 5400-rpm hard disks in these wondrous Retina machines (7200 rpm in the case of the 27-inch version). Everyone should stay far away from these configurations, otherwise your new Mac will feel noticeably slow the moment you take it out of the box. Try opening even basic, everyday apps like Safari and Mail and you’ll be met with maddening delays. 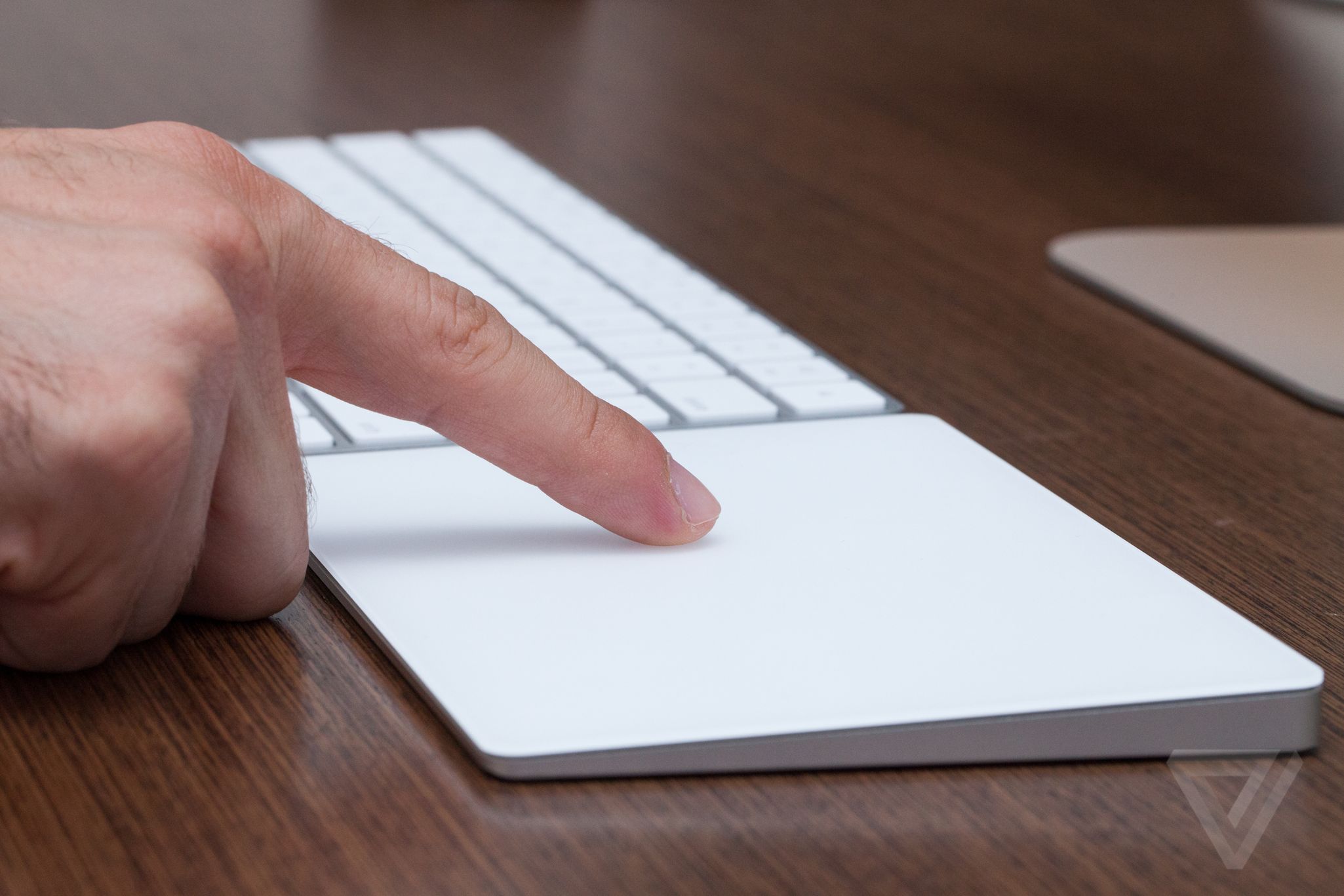 So consider the $100 Fusion Drive upgrade to be a mandatory one if you’re buying these machines. Thankfully it’s a less expensive add-on this year, but that’s partly because Apple has gotten stingy with flash storage. The 1TB Fusion Drive contains just 24GB of SSD space, down from 128GB, which is still what you’ll get with the 2TB ($200 extra) and 3TB ($300) Fusion options. 24GB is enough to make OS X and its core apps run swiftly, but you may notice hangups elsewhere since the cache for your frequently used files is so much smaller. All of this is to say that you should ignore the introductory prices seen on Apple’s website; expect to pay between $1,800 and $2,300 for an iMac that’ll hum along and do everything you need for several years. 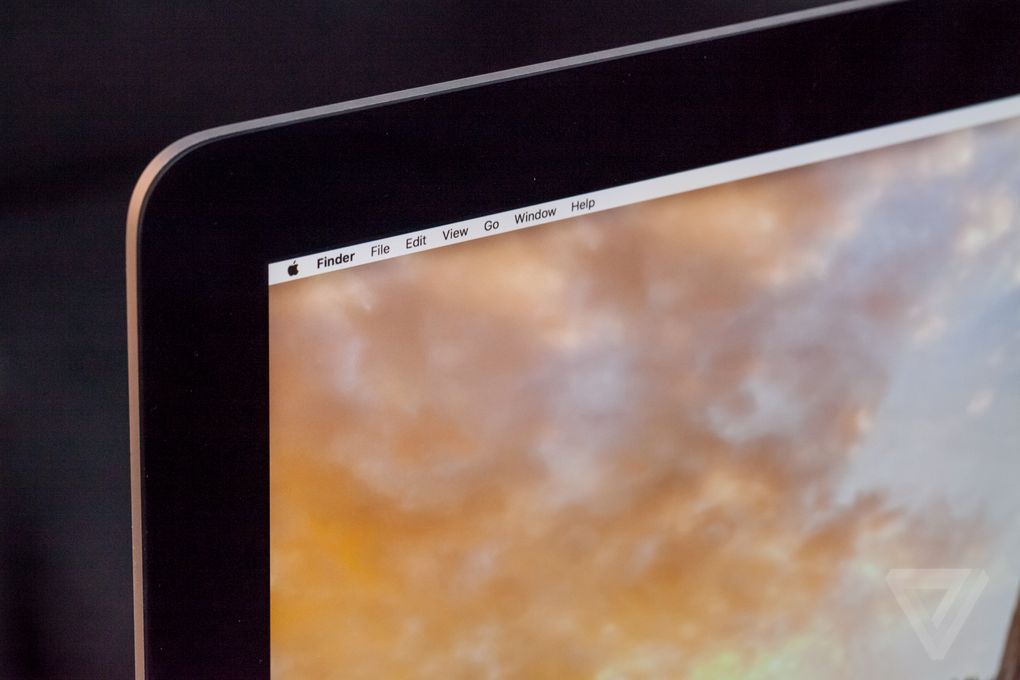 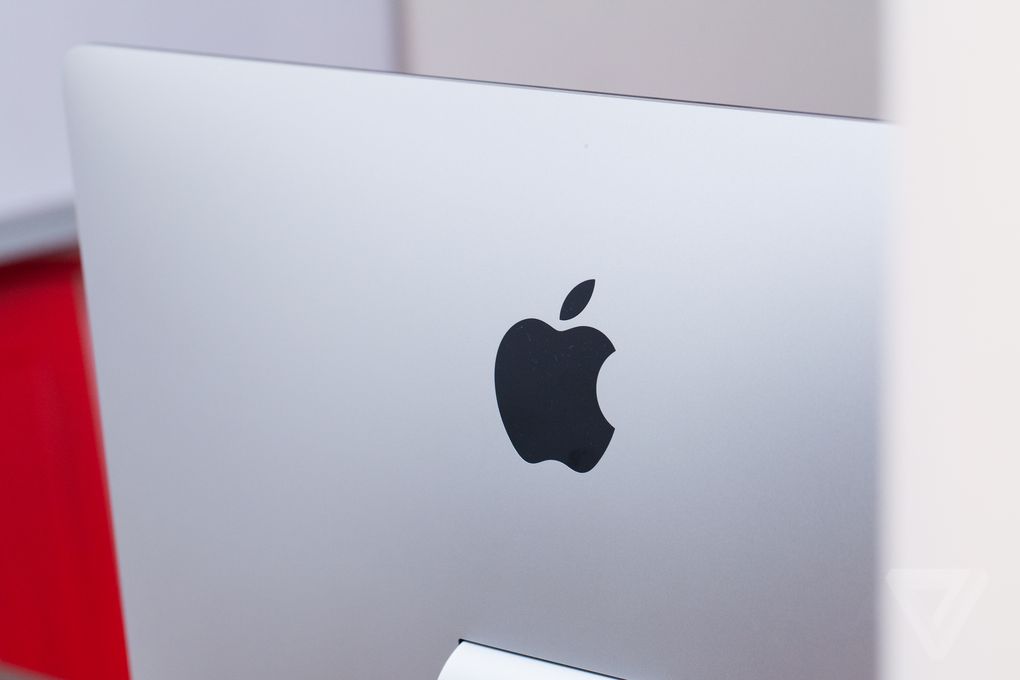 The 27-inch iMac has been outfitted with Intel’s latest Skylake processors, with a 4.0GHz quad-core Core i7 chip as the top option. Our review unit is a more sensible 3.3GHz Core i5 processor, which makes a direct comparison with the $4,399 iMac we tested last year somewhat impractical. It benchmarked a bit lower, sure, but felt plenty brisk throughout my time testing it with Lightroom, iMovie, and other creative apps. Newly refreshed AMD GPUs also help boost the bigger iMac’s performance in Final Cut Pro and when gaming, but you get integrated graphics (and fifth-generation Intel processors) on the 4K model, so it won’t get you very far as a gaming rig.

Along with the new iMacs come a trio of new accessories. Apple has refreshed its "Magic" keyboard, mouse, and trackpad, and all three are now rechargeable; no more hunting for AA batteries. The Magic Trackpad has seen the biggest changes, with a much larger touch surface (that’s now white) and support for Force Touch.

It’s got a force-sensitive trackpad that’s very similar to the one in Apple’s MacBooks, even down to the Taptic Engine that makes it feel like you’re clicking a traditional trackpad even though it’s really a non-moving wedge of glass. But the uses for Force Touch in OS X still seem somewhat throwaway. You can press harder to preview a link in Safari, or view an address in Maps, or look up a word in the dictionary. These are maybe useful things for power users, but it’s stuff most people will either never use or immediately forget about.

The Magic Mouse 2 and Magic Keyboard have received smaller tweaks. The keyboard isn’t as angled — your wrists will appreciate that — and has wider key caps. There’s a bit less key travel, but it still feels fine. The Magic Mouse 2 is basically identical to its predecessor aside from the lithium ion battery inside, which you charge with a Lightning cable plugged into the bottom of the mouse. That’s a pretty weird design choice that clearly prioritizes aesthetics over utility, but thankfully all of these accessories will last for an entire month once charged up. By default, you get the Magic Mouse bundled in, and opting for the trackpad costs $50 extra. 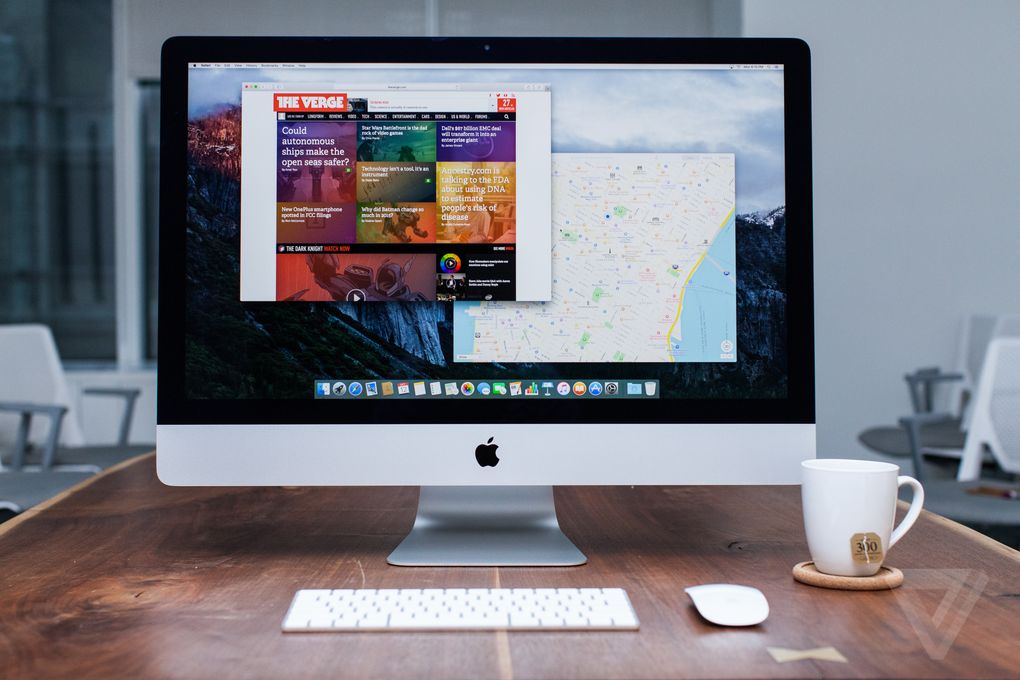 These are no doubt the best iMacs ever, but there’s still room to make them even better. The "new" features for the next revision are already pretty obvious: USB Type-C, Thunderbolt 3, and an option to add discrete graphics in the 21.5-inch model. Still, what’s here is a pretty great package when you factor in the amazing displays, strong performance, and Apple’s phenomenal customer support. The iMac remains the de facto computer for your living room, bedroom, or office, but putting it there isn’t cheap. You’ll likely climb over $2,000 configuring a machine that’ll keep you satisfied well beyond its warranty period — but it’s a price worth paying.

Lead photo by Chris Welch. All others by Sean O'Kane.

Note: The 27-inch iMac includes a 7200-rpm hard disk, whereas the 21.5-inch model comes with the slower 5400-rpm drive. The review has been updated to reflect this. Both are slower than the Fusion Drive and all-flash upgrades offered by Apple.