Time is a flat circle

Pebble, the company that had everyone thinking about smartwatches again, has had a busy year. It launched a brand new watch, the Pebble Time, this spring, complete with an entirely revamped software platform. It then followed that up with an upscale steel version. Now it’s preparing to launch the Pebble Time Round, which is, you guessed it, a round version of the Time. The Time Round is due to hit stores this Sunday, November 8th for $249.

At its core, the Time Round is just like Pebble’s other Time watches. It’s compatible with both iOS and Android devices, and can show you notifications, upcoming calendar appointments, and control music playback on your phone. It also has a handful of apps and watchfaces available that let you customize and expand on the Time Round’s capabilities.

But while the Time Round is definitely a Pebble watch through and through, there’s something about it that sets it apart from the rest of the watches Pebble has produced in the past. Yes, it’s obviously a different shape than the Time or Time Steel, but the Time Round also feels different and carries a level of maturity that the earlier models lacked. 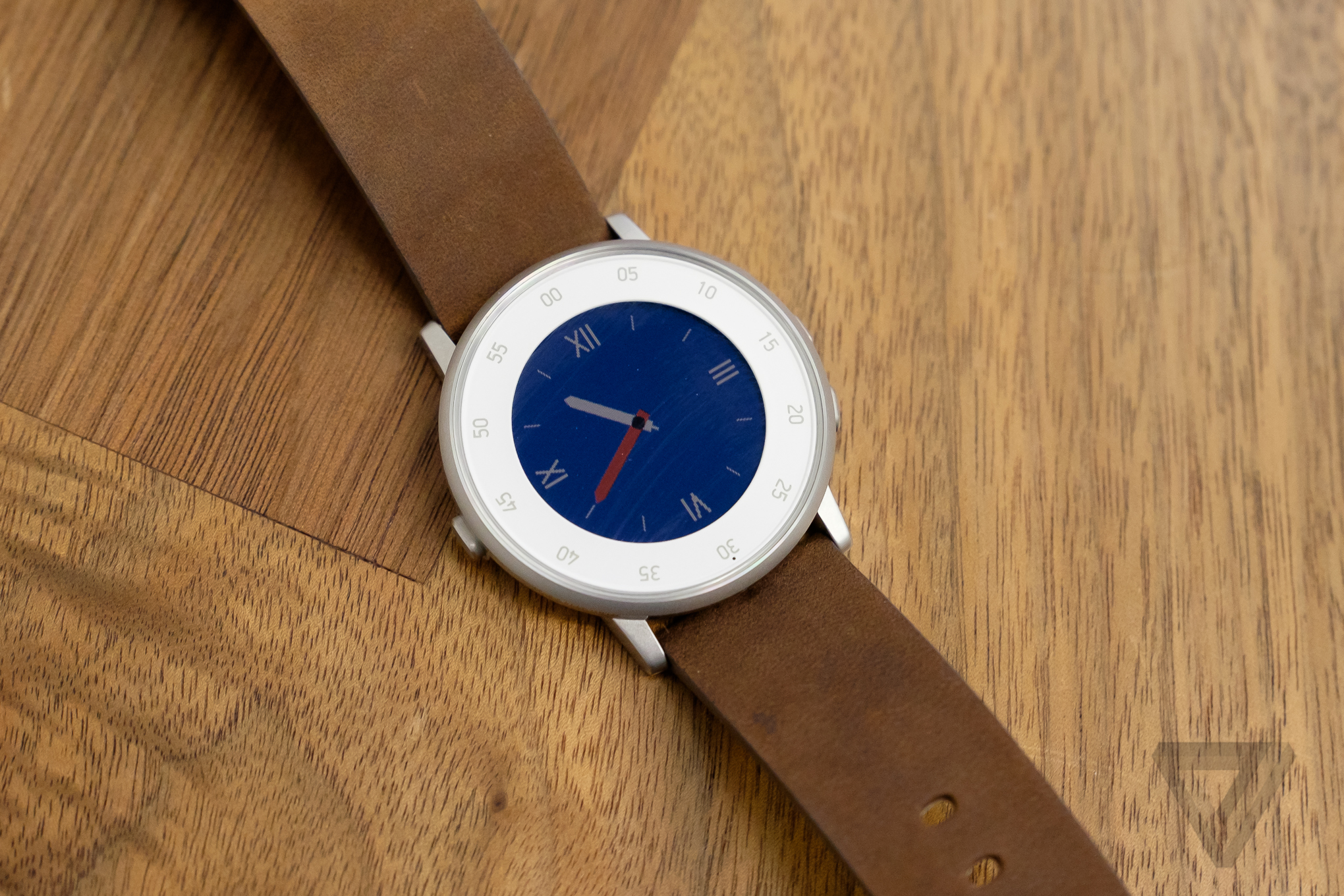 I’ve been wearing a Time Round for the past week, and it has easily become my favorite Pebble watch to date. It’s nicer to look at, more comfortable to wear, and less ostentatious than anything Pebble has made before. While the Time can best be described as Tamagotchi-like (and the Time Steel is just a metal version of that), the Time Round looks like any typical digital watch, not a gadget you’ve strapped to your wrist. 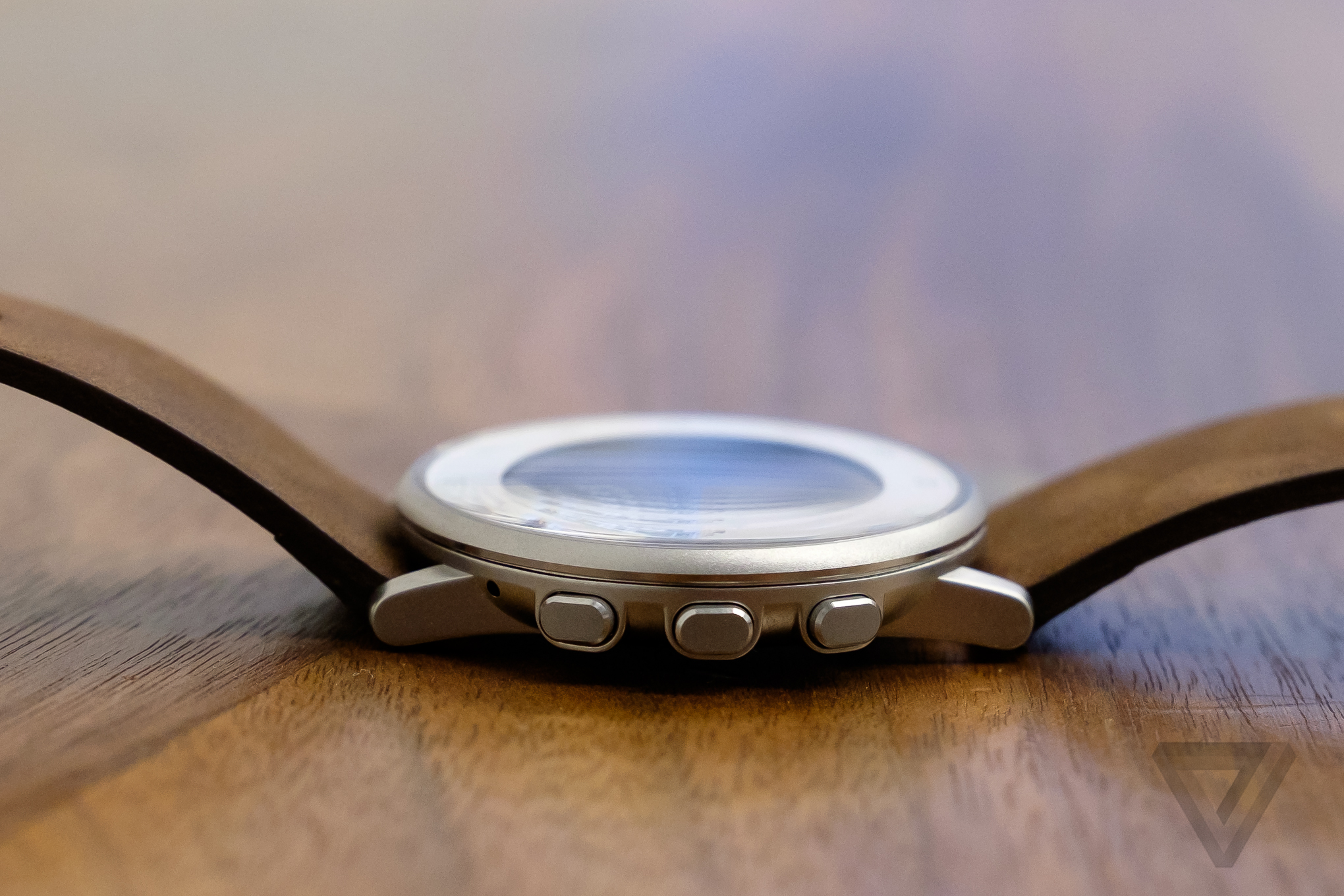 The most striking thing about the Time Round is just how thin, light, and small it is. While other smartwatches are known for being chunky and bulky, the 7.5mm-thick Time Round is slim and svelte. It almost looks too tiny on my wrist at first (the face is roughly comparable in size to a 38mm analog watch), but it can easily work for those with smaller wrists, on which most smartwatches tend to look enormous. Pebble is offering two versions of the watch with different width straps — those with smaller wrists might want to go for the narrower option.

The other really obvious thing with the Time Round is the giant border that surrounds the display. The square Pebbles suffer from the same problem, but it's more pronounced on the round Time. It has an effect of making the small display look even smaller than it actually is, and is particularly noticeable, especially on the silver unit I’ve been wearing.

Slim size, but not without compromise

That slim size doesn’t come without compromise, however, and that’s most evident in the Time Round’s battery life. While the Time and Time Steel can go a week or more between charges, Pebble says the Time Round will only last for two days, and that’s exactly what I experienced while testing it. That’s still longer than I get with the Apple Watch or Android Wear smartwatches, but there’s something nice about being able to go a for a long weekend and leave your smartwatch’s charger back at the office without worry. The Time Round doesn’t quite allow for that, though it does charge remarkably fast — 15 minutes of charging provides enough juice for a full day. (Pebble calls this a "quick charging" feature, but I’m not sure how much that depends on special technology or is just a byproduct of the Time Round having a small battery.) The Time Round is also not as water resistant as the other Time models. Its leather strap makes it not very conducive for swimming anyways. 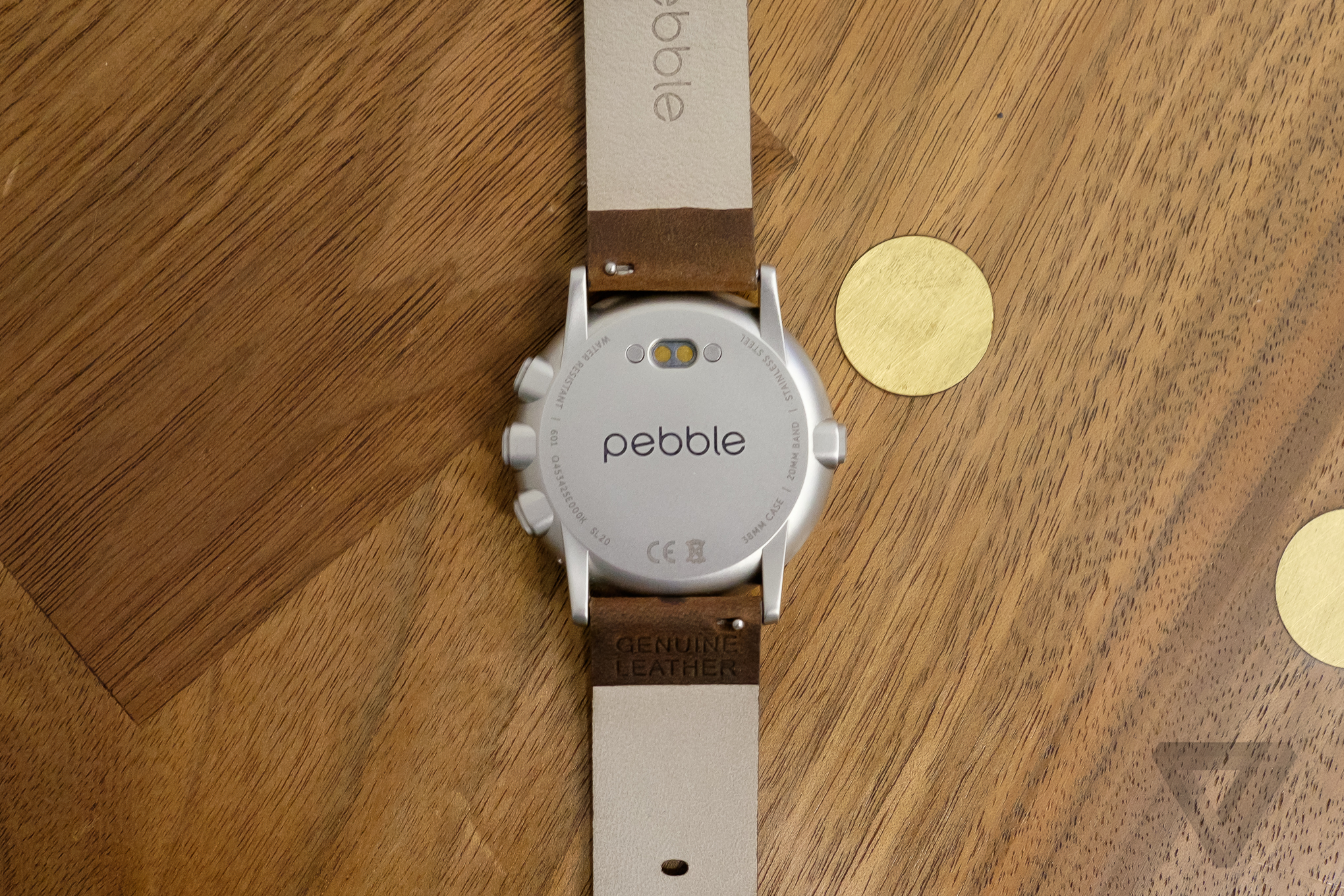 The Time Round has the same low-power color LCD display as the Time and Time Steel, just in a circular configuration. It works just the same: it’s easily visible outdoors and in direct sunlight, but can be dim and hard to see indoors. It has a backlight, but it can be overly harsh and tends to wash out the few colors that are actually supported by the screen.

Pebble likes to boast of the thousands of apps and watchfaces available on its platform, but the selection for the Time Round is considerably smaller. Apps and watchfaces that have not been updated for the round display are simply not available to it, leaving roughly 90 apps and 275 watchfaces to choose from at time of publish. That may sound like a lot of watchfaces, but most of them are pretty terrible, and there are only half a dozen or so that I really like. For apps, Uber and Swarm have been updated for the Time Round, and Pebble has released its own timer, stopwatch, and notes (which works with the watch’s voice recording functions) apps for it. The company says that ESPN, Pandora, Misfit, and Evernote apps are currently in development for the Round and will be released in its app store in the near future.

App and watchface options are limited on the Time Round

The rest of the watch’s interface has been updated and configured to work just fine on the Round’s screen, including the Timeline function that debuted earlier this year. While other round smartwatches tend to box text into square areas for easier readability, the Time Round can make full use of the width of its display for text because it renders complete pages of text at a time, as opposed to doing so line by line. (You can see this in action when you scroll through a message and it loads an entirely new chunk of text for the next page.) The fun and whimsical animations are still here, too — the Time Round is a Pebble, after all, and never takes itself too seriously. 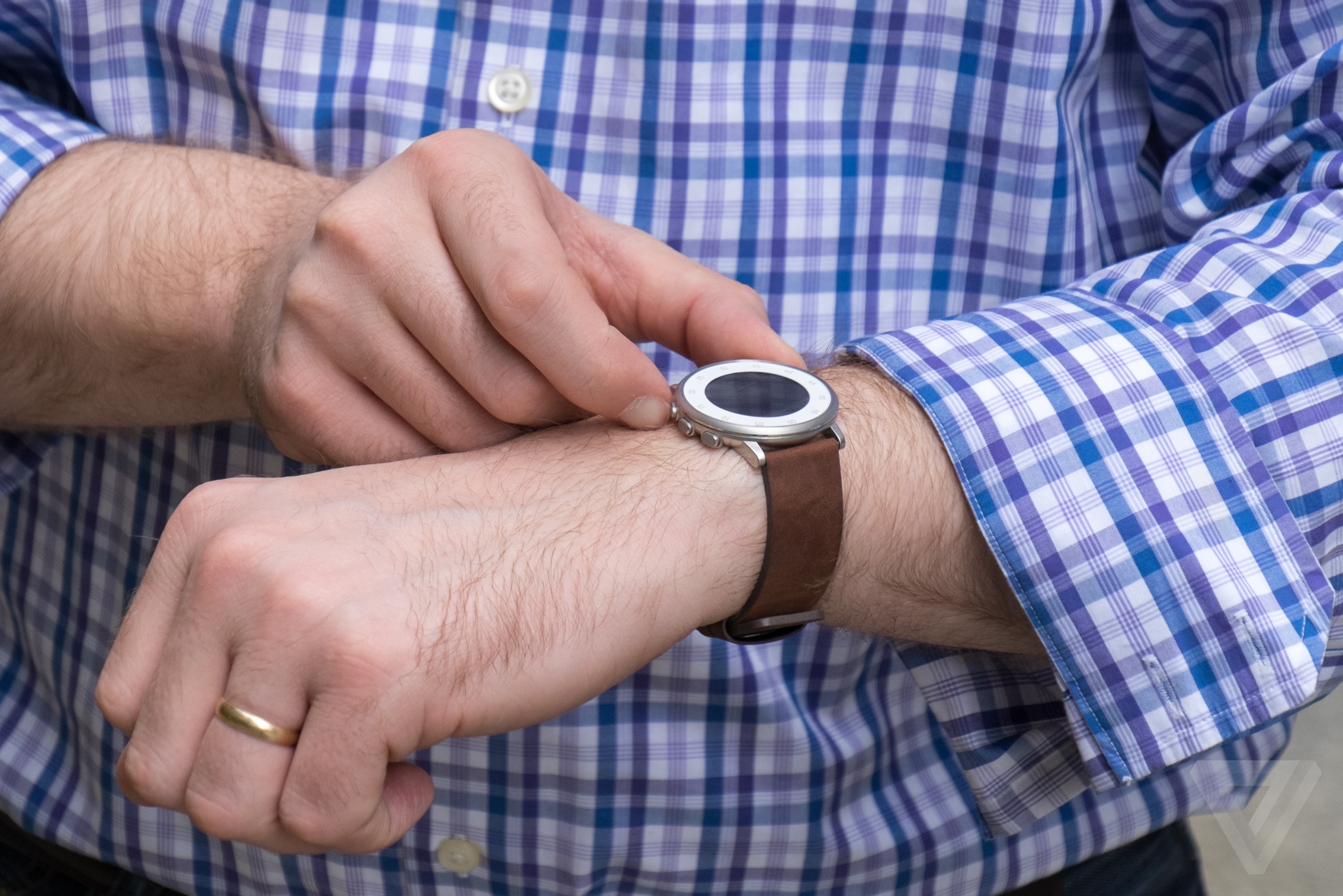 Pebble has been busy this year for a reason: it’s never had stiffer competition for wrist real estate than now, and it’s just a small fish in what’s becoming a larger and larger ocean. The Time Round may just be another option in Pebble’s expanding lineup, but it takes the company forward, in both design and build quality. Pebble has mounting challenges ahead of it, but if the Time Round is an example of where the company is headed, I’m excited to see where it can go.

If only the company could do something about that bezel.

Some photography by Chris Welch