Comparing the Apple device to its Android look-alike

The first thing you might notice about the OnePlus X is not its reasonable $249 price tag, but that it looks like someone took bits and pieces of trademark Android phone design and grafted it to an oversized iPhone 5 (or 5S). The OnePlus X’s boxy rectangular body, coupled with the 14 pairs of holes at the bottom that pump sound in and out, are dead giveaways.

But on a deeper level, it’s clear OnePlus is trying to channel Apple’s aesthetic trademarks — to ask Android users why they too can’t enjoy a product that cares more about how it looks than what’s inside. "I don't think it's healthy that there's nobody who competes with Apple in cultural significance," OnePlus co-founder Carl Pei told CNET at the Web Summit tech conference in Ireland this week. "It's easier said than done, but we're trying." 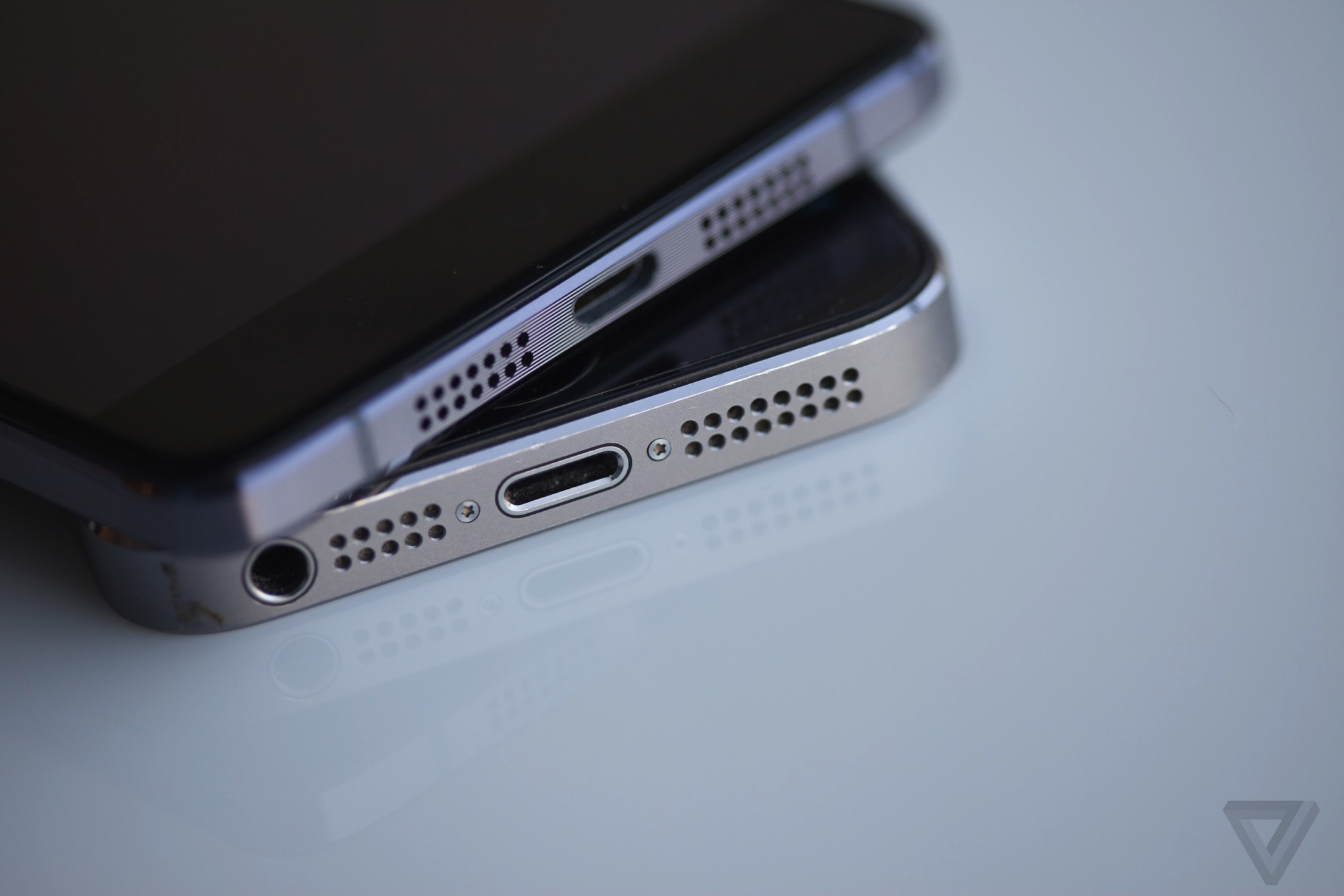 Nearly every aspect of the OnePlus X is designed to elicit desire in spite of its incredibly outdated components. The gadget is sold, for now, only on an invite system, a sales mechanism that manages supply just as much as it operates like a velvet rope. The phone’s glass back and lack of lettering — the lone OnePlus logo on the back appears as the only branding anywhere on the device — give it a minimalist feel. Even the company’s coveted custom wallpapers are eye-popping abstractions of the company’s self-assured design philosophy.

OnePlus is even selling a ceramic version of the OnePlus X, available sometime before Christmas for €379 ($407). Only 10,000 units are being manufactured, and it’s unlikely the phone will make its way outside Europe before it becomes too outdated to warrant a purchase next year. For every 100 of the phone bodies OnePlus manufactures, the company can only use 20. Excess and unnecessary extravagance are part of the purchase, it seems.

All of that is to say that OnePlus seems to want the X to enter the same pantheon of phone design reserved for Apple devices. The iPhone 5S is still regarded by some phone enthusiasts as the ideal device: a blend of a not-big-but-big-enough display with the perfect hardware design so it fits comfortably in your hand without any fear of dropping it. Borrowing from and building upon the beauty of the iPhone 4, Apple’s successor marked a moment when consumers went from needing a smartphone to needing the most up-to-date smartphone.

The device and its S successor were also turning points for Apple. With a 4-inch screen, the iPhone 5 marked the first time the company was willing to change its mind and release a smartphone with a larger screen, yet one that still wouldn't qualify as a phablet. Still today — with our bulky phone screens we can barely use with one hand — Apple’s older phone feels like a forgotten achievement. It’s no wonder rumors are already percolating that Apple will release a 4-inch phone — and iPhone 7 mini perhaps — to bring us back to the glory days.

Of course, that won’t rewind the overall screen debate. Almost every phone on the market has upgraded to a 4.7-inch or 5-inch screen, with many devices surpassing even that by nearly half an inch. Even an Apple throwback can’t stop that. But the iPhone 5S’s aesthetic legacy will live on — even if it must do so in an Android phone.

Verge Video: The OnePlus X is a low-cost Android phone in high-end disguise