The Uniwheel is another rideable that's more ostentatious than practical

How much do you want to be stared at on your morning commute?

The Uniwheel is a rideable for the supremely confident — perhaps even the cocky. That’s not just because it’s technically illegal to use one on the sidewalk in its home-country of Britain, but because it’s goddamn difficult to stay upright on.

In the hierarchy of modern rideables, the Uniwheel is identified as a self-balancing electric unicycle. This means put your feet on either side of big wheel, grip as hard as you can with your calves (how good is your calf-grip by the way?), and then simply lean in the direction of travel. It sounds pretty simple, but compared to the two main rideable species — hoverboards and electric skateboards — there’s a lot to think about. Skateboards are the simplest (if you can stand upright without assistance you probably won’t fall off) while hoverboards take a bit more work (you lean too far forwards and backwards, but there’s no danger on the sides). But with electric unicycles you have to think about not falling off in all directions.
(Image credit: Tom Warren)

My time with the Uniwheel was mainly spent clinging for dear life to the obliging forearm of one of the company’s engineers, who helped me keep balance while uneasily circling the test track. And while the learning curve does seem a little precipitous, I have to admit that toward the end of my brief session there were moments where I felt oddly free. Like I was gliding serenely through the air, steering by impulse rather than conscious effort. This feeling usually took hold just before I fell off.

But why use a Uniwheel in the first place? Well, like most rideables, they’re being sold as both a practical and ostentatious product. They’re supposed to solve the "last mile" problem of your commute, which in London means getting to your office from your tube station or bus stop. With a top speed of 18 kmph and a range of around 10 miles (varying based on bodyweight), the Uniwheel is perfectly capable of delivering you to your office. However, most people are happy walking this last mile, and this means that there’s always going to be an element of bragging around rideable use. The Uniwheel certainly embraces this, with the product’s website describing it as an "urban head-turner," boasting that it’s designed for the "casual rule breakers."

Whether or not this sort of image appeals to you is probably a matter of taste (maybe some people like being gawked at), but the last phrase of this description isn’t just marketing language. London’s Metropolitan police have already warned the UK public that it’s illegal to ride hoverboards on the pavement (based on Section 7 of the 1835 Highway Act curiously enough), and this stricture applies to self-balancing unicycles too. When asked about possible speed bump for the Unicycle, the company’s CEO Steve Milton said that the law "does have to change," but his advice to consumers was basically to not worry too much and just get on with life. "We have 30 members of staff who ride to work on one every day and [have] no issues with the police," said Milton. 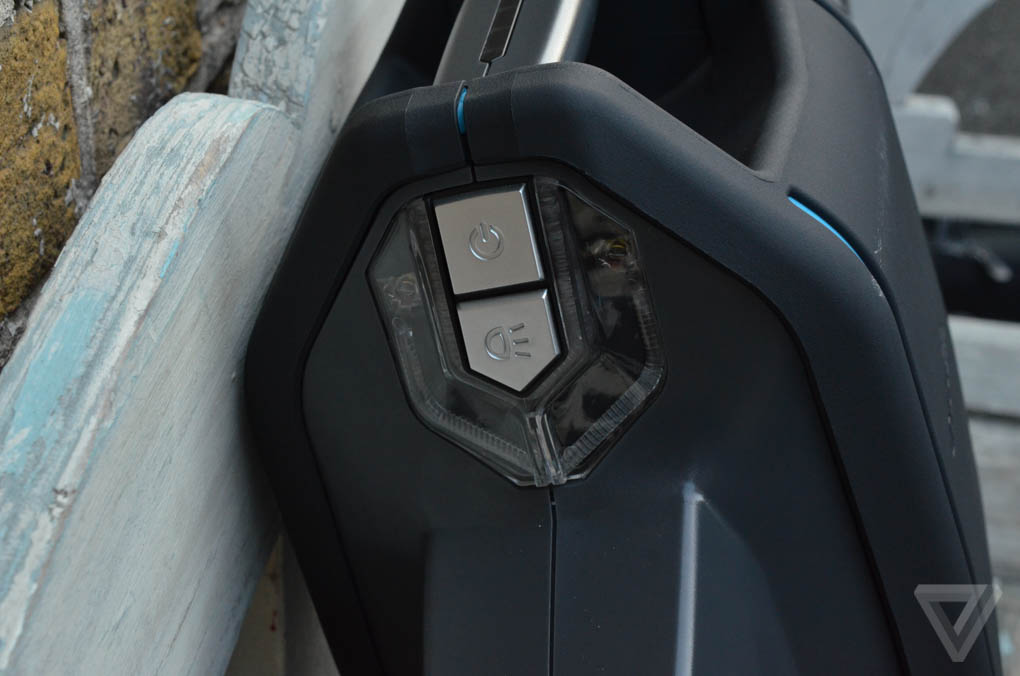 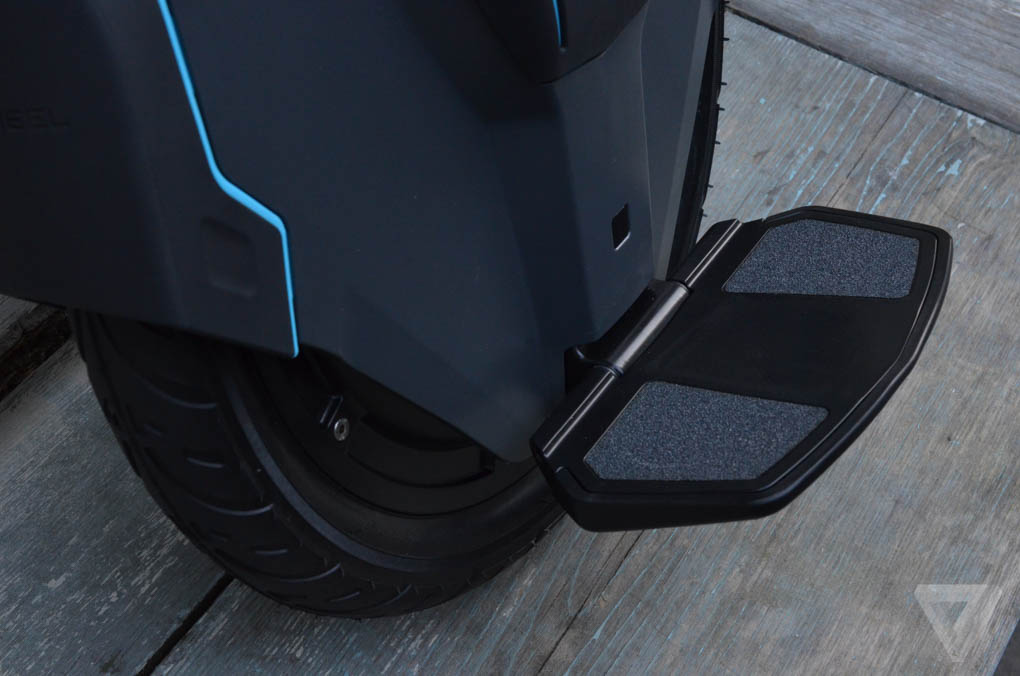 Legality aside, the Uniwheel is one of the more fully featured rideables on the market. It has replaceable bumpers, bi-directional front and back LEDS that serve as headlights and brakelights, and a smartphone app that lets you track your journeys. The company’s engineers also told me that if you log a certain amount of miles on the app (they couldn’t say how many for sure, but estimated around 100) customers can unlock a new top speed of 22 kmph reserved for "advanced riders." There’s also a pair of infrared sensors that notice when you’ve fallen off and automatically stop the 1,500W motor inside — a feature Milton says is missing from many no-brand Chinese electric unicycles, and that can lead to dangerous runaway wheels bumping into pedestrians or even traffic.

This sounds like a small feature, but it’s the heart of Uniwheel’s pitch. Compared to other rideables (and especially other electric unicycles), the company says its product is better engineered, sturdier, and more reliable. Is that true? It’s hard to say after a short test ride. The Uniwheel certainly felt well built and as safe as a self-balancing unicycle can be, but I can’t say I’m convinced by the basic concept. Ignoring the learning curve, it’s just a bit of an awkward vehicle. Weighing in at just under 24 lbs it’s too heavy to carry around for any long period of time, and although it looks flashy carving around an open warehouse, I can’t image it being convenient to use on a busy street — especially as you’re going to want to go faster than walking pace, otherwise what’s the point. There’s also the fact you might be tackled by the police before you get to the office, but perhaps that’s part of the attraction for all those casual rule-breakers out there.