Apple's Live Photos have largely been stuck inside the iPhone 6S's camera roll since the day the phone launched, but they're slowly turning into something you can actually share. That's happening in one important way today thanks to Tumblr, which is among the first apps — and is certainly the first major app — to update with support for Live Photos.

Tumblr's iOS app now allows iPhone 6S users to add Live Photos to their posts, just as though they were adding any other photo. When someone on an iPhone comes across it in their feed, they'll see the Live Photo icon in the corner, letting them know it can animate. Like in the iOS Photos app, iPhone 6S users can use 3D Touch to activate the hidden video and sound. If you're on an older iPhone, you can still view Live Photos by pressing and holding on the image. Android users appear to be out of luck, however. Despite receiving an app update today, Tumblr on Android just displays Live Photos as a still image. Same thing on the web.

This may be a limitation placed by Apple, or it could just be that support for other platforms isn't ready. Either way, it means that Live Photos, while a lot more shareable today, are still locked into the iOS ecosystem. Getting support from Tumblr goes a long way to change that, but Apple's going to need to make it so that almost anyone can see Live Photos before they're really worth hanging onto.

In addition to updating with support for Live Photos today, Tumblr is also rolling out its new messaging feature to all users. It's available on the web, iOS, and Android. 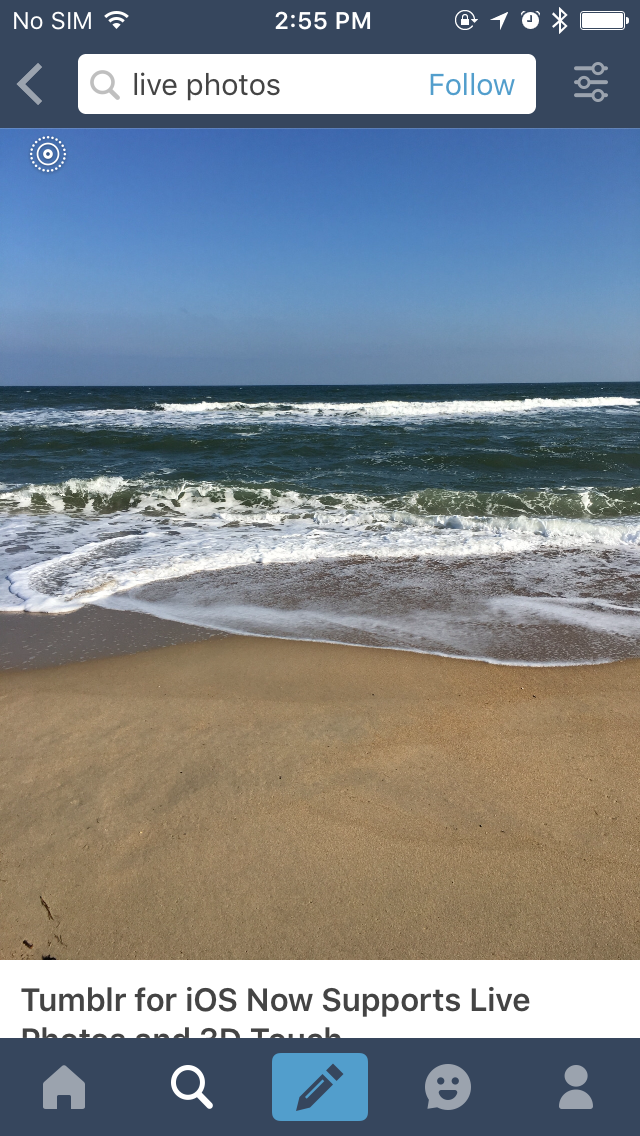