Can this tiny Bluetooth speaker replace your whole home stereo?

Can this tiny Bluetooth speaker replace your whole home stereo?

In the world of wireless home audio, there are two camps. You can either go Bluetooth or Wi-Fi, each with its own pros and cons. Bluetooth speakers tend to be less expensive, more portable, and simpler to set up. Wi-Fi-based speakers, like Sonos or models that work with Apple’s AirPlay or Google’s Cast services, offer multi-room setups, higher-quality audio, and instant connectivity with a variety of devices. The option you choose really depends on your needs and home setup — an apartment dweller may be just fine with a good Bluetooth speaker, while someone with a multi-story house may want a more advanced Wi-Fi-based system.

The Mass Fidelity Core blurs the lines between those camps. It’s a Bluetooth speaker that costs more than most Wi-Fi speakers, yet can easily slip into a shoulder bag. There’s a battery in it that can power the speaker for up to 12 hours between charges, so you can take it wherever you want. The Core is a singular unit, but it can pair with other Core speakers for a multi-room setup. And, perhaps most importantly, Mass Fidelity claims that this single little speaker can replace the multiple speakers that other systems need to produce true stereo sound.

The $599 Core contains five drivers and a 120-watt amplifier. It can connect to any Bluetooth device, whether that’s a smartphone, laptop, tablet, or something else, and offers optical and 3.5mm input for wired connections. There’s also an NFC chip built into it for simple tap-to-pair with compatible Android smartphones and wired output for an optional subwoofer. You can even use the USB port on the back to charge your phone off the Core’s internal battery. All of this stuff is packed into a rounded rectangular cuboid that’s roughly the size of two Mac Minis stacked on top of each other. It even comes with a soft pouch for taking it on the go.

That may seem like a lot less speaker than you might get with a $499 Sonos Play:5, which has more drivers and amps and is significantly larger and heavier. But the Core surprised me with its ability to fill a room with sound in the few weeks I’ve been testing it. It’s loud and crisp, and it has more bass response than I expected from something so small. If you’re looking to use it for DJing a dance party, you’ll probably want to attach a subwoofer to it, but most people likely won’t need to bother.

The Core’s headline feature — the ability to create stereo separation without the need for two distinct speakers — does indeed work and lets me hear both left and right channels of music regardless of where I sit in the room. The separation is more noticeable with certain tracks that have been recorded with distinct left and right channels. (The intro to Pink Floyd’s 1973 cut "Money" is a favorite of Mass Fidelity’s to demo the effect.) But it’s not a surround sound effect and isn’t immersive or distinct enough to really replicate a binaural audio experience using headphones. It’s just simple left and right stereo. Still, that’s more than virtually any other single speaker can offer.

The stereo effect is real, but not mind-blowing

For the best experience with this effect, Mass Fidelity suggests placing the Core equidistant between two walls with the back of the speaker close to a third wall for better bass response. The speaker could also be placed in a corner, which will amplify the low end, but diminish some of the stereo effect.

Even though the Core uses Bluetooth instead of a Wi-Fi-based wireless connection1, it impressed me with its audio quality. It sounded just as good, if not better, than any of the Wi-Fi systems I’ve tested. Mass Fidelity co-founder Ben Webster told me that a lot of effort went into the Core’s Bluetooth processing to produce the best sound quality possible. Webster says its Bluetooth technology can reproduce more low and high frequencies than others, and it has better spatial locationing (that’s the whole stereo simulation technology). He notes that Bluetooth was chosen for the Core because it works with virtually any audio you can play with your phone and doesn’t require a special app or protocol, like Sonos and AirPlay do.

I exclusively tested it with Bluetooth — what’s the point of a wireless speaker if you have to plug your phone into it? 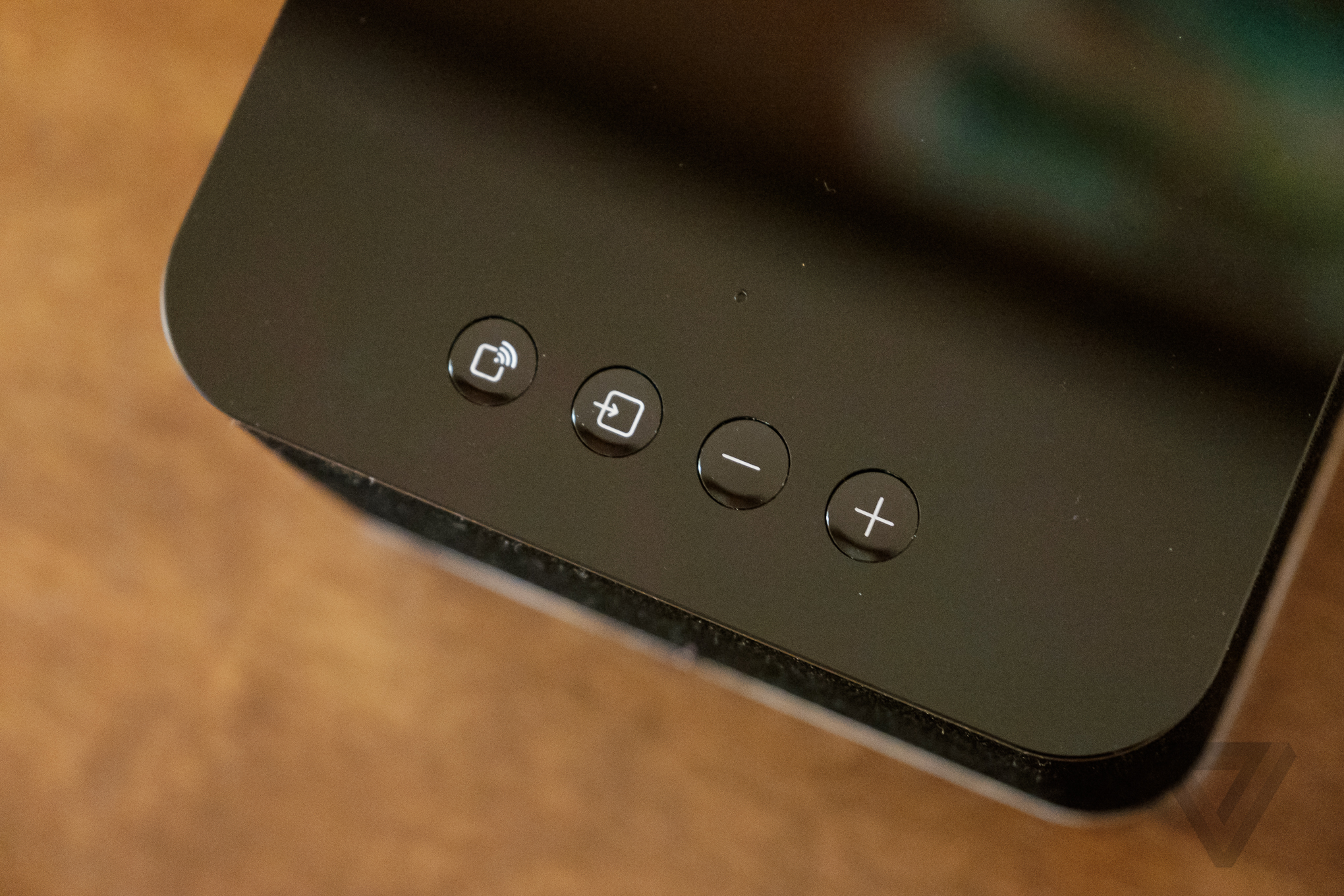 But while the Bluetooth audio quality on the Core was impressive, there are other headaches with using Bluetooth that left me disappointed. Playing music from various devices requires pairing each and every one with the Core. The music is interrupted by incoming calls or alerts to my phone, neither of which are problems with Wi-Fi systems. Audio consistently stuttered from my Mac, which was less than 10 feet away from the speaker. I can’t watch a quick Vine or Snapchat video on my phone without the music stopping and being replaced by that audio2. I’ve never had any reliability issues with a Sonos Wi-Fi-based system, but the Bluetooth connection to the Core was easily affected by the distance from the phone to the speaker or if I put my phone in my pocket and walked over to another room. The Core may offer high-end audio quality that justifies its steep price tag, but the experience of streaming music over Bluetooth is anything but high end.

This is one of the biggest advantages I’ve found to Wi-Fi systems: you can use your phone for other things and still keep your music going in the background.

There are other features of the Core that I do enjoy. The long-lasting battery made it possible for me to bring it along to my in-laws' home for Thanksgiving dinner, where I was able to easily replicate the Adele skit from SNL whenever the table conversation turned political. Linking multiple Cores (I was sent two for evaluation) is a snap and let me play the same song in two different rooms in my home at the same time3. It comes with a basic IR remote for controlling volume, muting, and power, so I didn’t have to dig for my phone just to quickly silence the music. (I still have to use my phone to navigate tracks, however.)

The Core uses a special mesh network that runs on a 5GHz channel for multi-room audio and can support up to eight speakers on a network if you have a particularly large home and equally large budget for wireless speakers.

Cut through the fluff and you find that the Core is a really high-end Bluetooth speaker that has great sound and lots of power, but is still saddled by the inherent limitations of Bluetooth. The stereo separation technology is real, but how effective it is depends greatly on the music you listen to and the shape and size of your room. I have a feeling most people won’t even notice it. What many people will notice are the headaches with Bluetooth; the music cutting out if you walk out of the room for a moment or anytime you get a message alert on your phone. Those kinds of things are understandable and perhaps even excusable on a $99 Bluetooth speaker, but something I never want to tolerate on a $599 one. For my home, and for most others, a Wi-Fi system like Sonos is the better way to go.

Update, 1:45PM, December 14th: An earlier version of this article stated that a single Sonos Play:5 speaker does not produce stereo sound, which is incorrect. It is capable of producing a stereo image with a single unit, though that image is enhanced by pairing two Play:5s together. This article has been updated with the correct information.

Verge Featured Video: The smart home of our dreams is almost here