This could be New Zealand's new flag

This could be New Zealand's new flag

New Zealand's government has revealed the final design that could replace the country's national flag in a public vote in March next year. The black, white, and blue version of architect Kyle Lockwood's "Silver Fern" flag was the winner, followed by the red, white, and blue version of the same design. The New Zealand Electoral Commission reported that it received more than 1.5 million votes from a population of 4.4 million for this stage of the selection process, which began with more than 10,000 submitted designs.

New Zealand was a British colony until 1907

New Zealand's current flag features the UK's Union Jack — a reminder that the country was once a colony of the British Empire — as well as a quartet of stars representing the Southern Cross, a constellation only visible from the Southern Hemisphere. While the new flag's design keeps the stars, the primary emblem is now the silver fern, a plant endemic to New Zealand and well-known symbol of the country. The silver fern itself is salready used by many New Zealand institutions, including the national rugby union team, the All Blacks. 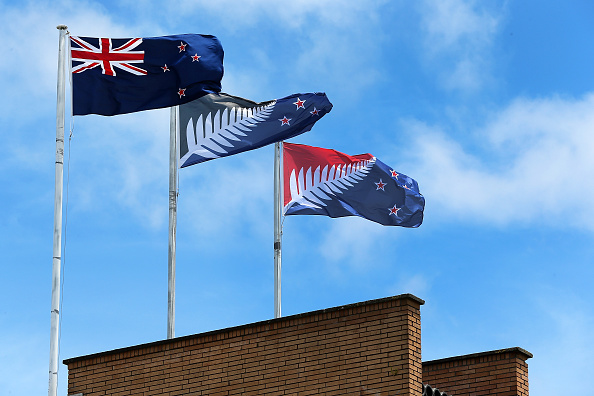 (From left to right: New Zealand's current flag, the winning design for the referendum, and the second place flag. Credit: Getty Images)

When the campaign to choose a new flag was launched late last year, the country's prime minister, John Key, said it was time "for New Zealanders to consider changing the design to one that better reflects our status as a modern, independent nation." However, many of the country's citizens are unhappy about the process, suggesting that the $26 million referendum costs too much and that the event is more of a political sideshow than a reflection of national feeling.

Most telling, is the fact that most New Zealanders are happy with the flag they've got. A recent poll showed that 65 percent of the country wants to keep the current flag. Either way, though, the vote is happening, with the final, binding referendum scheduled to take place in March next year.