Hide from Star Wars: The Force Awakens spoilers with this free Chrome extension

Hide from Star Wars: The Force Awakens spoilers with this free Chrome extension

You probably didn't consider when you awoke this morning that today is our first in a post-The Force Awakens world. I suspect that if you're here, reading this now, you know that hundreds of humans witnessed the film at last night's premiere. Now no place is safe from celebrities, critics, and fans aching to spoil your anticipation with a single, quick, flippant missive about the movie's ending or some unexpected twist. Fortunately, help is here — at least for your internet browser.

Force Block is a Chrome extension that blocks "pages containing spoilers from Star Wars: The Force Awakens, with smart pattern detection and a whitelist for false alarms." After a few minutes with the extension, I'll say its a blunt tool, better at blocking any site that mentions the words "Star Wars" than preventing specific spoilers from reaching your untainted eyeballs.

When you try to open a site with Stars Wars news, the extension loads a black screen with a cheeky joke riffing on popular quotes from the franchise. I appreciate the unintentional commentary the extension makes for each site. 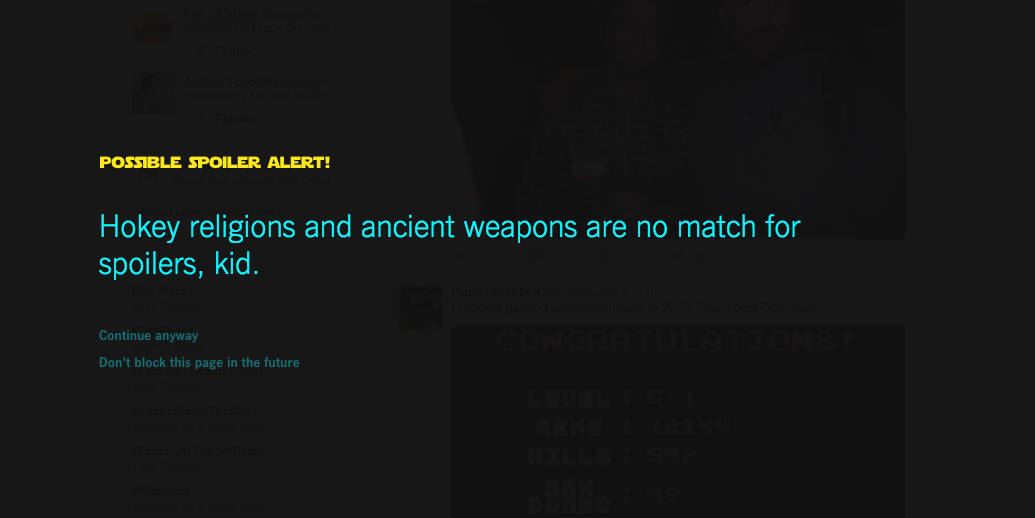 And when I visited The Verge, I got this: 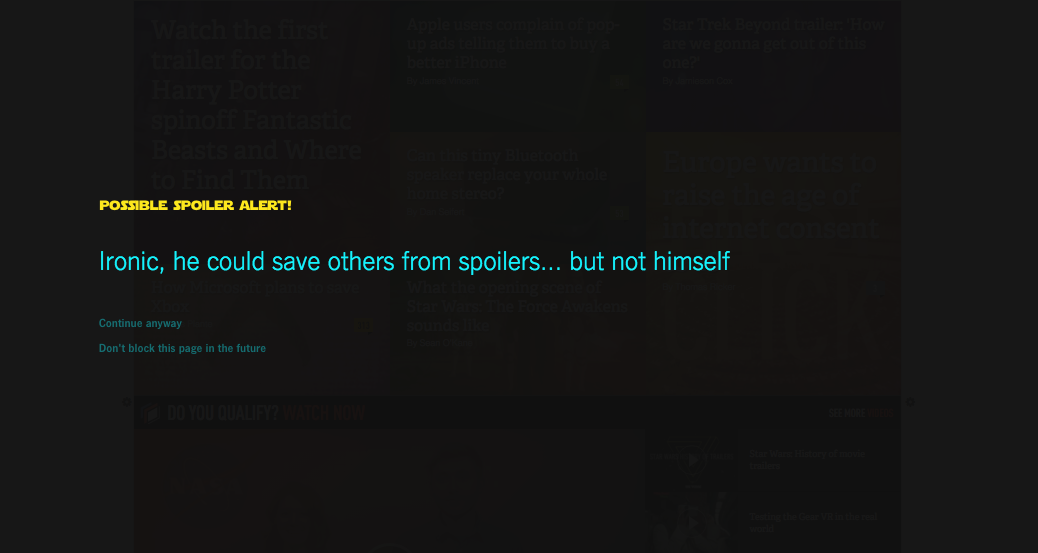 How true. Here I am trying to help y'all, knowing full well the odds of reaching my Thursday evening screening without gazing at a spoiler are rapidly approaching one. You can still save yourself. Sure, this extension blocks nearly everything on the internet, but when it comes to The Force Awakens spoilers, we must remind ourselves: Do. Or do not. There is no try.

For those who want even more (and arguably refined) blocking capabilities that aren't limited to Star Wars, my colleague and pal Thomas Ricker wrote a brief guide on the subject. If only there was an extension for jerks talking about the movie while leaving the theater.