Video games and exercise don’t play well together. Sure, there’s the eight-year-old Wii Fit, drumming with the new Rock Band, and a slew of dedicated exercise games using Microsoft’s Kinect and featuring fitness trainers you’ve never heard of. But video games are more often a sedentary activity, asking only that you stretch occasionally and go to the bathroom in between long stretches of sitting.

Then there’s the VirZoom, a strange accessory for virtual reality headsets like the Oculus Rift and PlayStation VR. If VirZoom looks like an exercise bike, that’s because it is. The Boston-based company gets its bikes from a Chinese manufacturer and transforms them with sensors and software into a virtual reality motion controller that plugs into a PlayStation 4 or PC.

As usual, donning a headset plants you in a 360-degree virtual environment. But instead of a gamepad or motion controller, the VirZoom powers your movement through pedaling. Pedal harder on the bike, and you’ll move faster through a game. Think of it as SoulCycle for the couch-loving gamer. 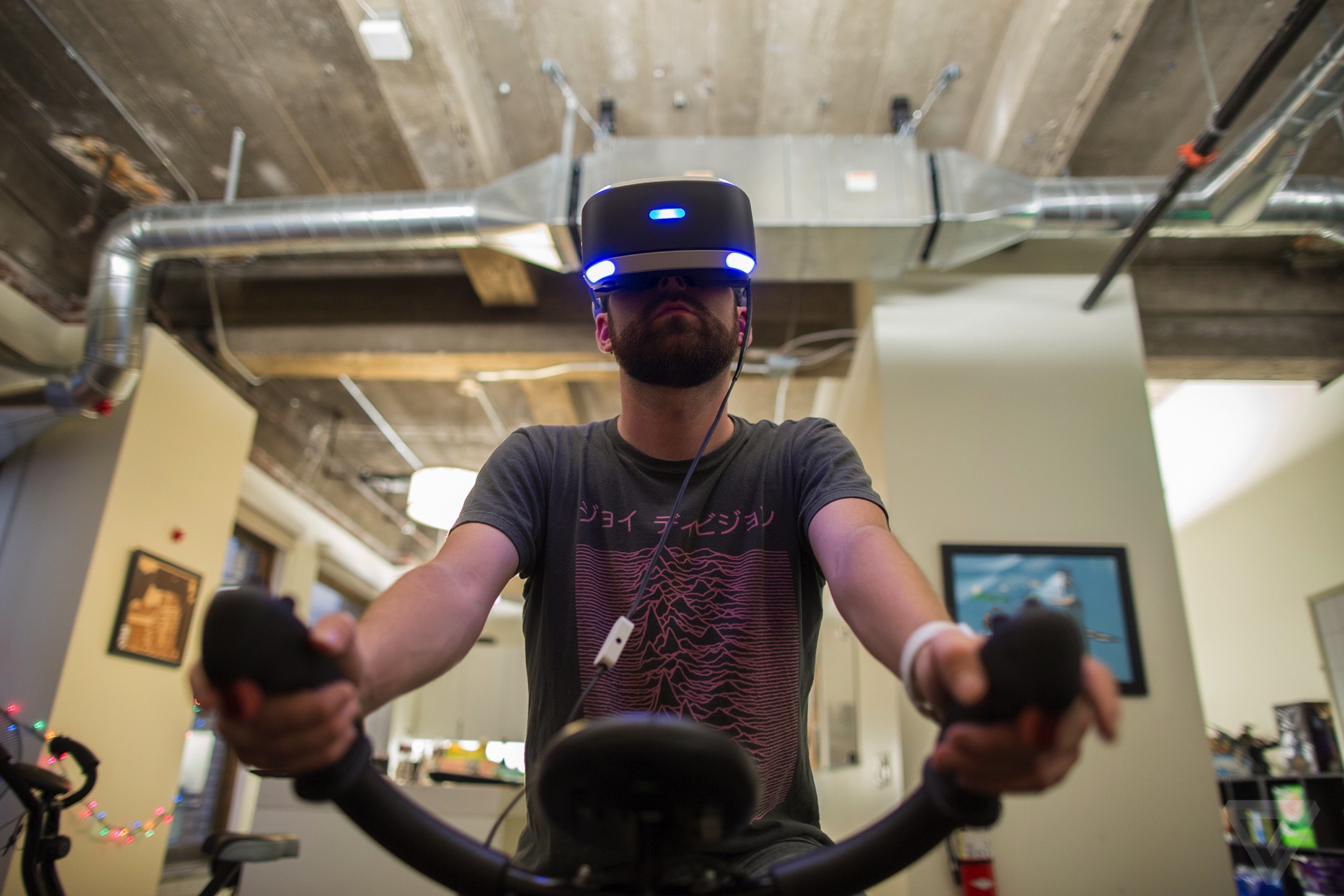 VirZoom’s previous prototypes were actual bicycles, which meant you had to turn the handlebars to move inside the game. That turned out to be terrifying because users were incapable of seeing their hands or orienting their body in real space. VirZoom resolved the issue by fixing the handlebars in place, while motion-sensing tech like Sony’s PlayStation Camera now tracks your head movements instead. That allows you to turn by leaning your shoulders left and right in gradual or more dramatic fashion. The handlebars also contain buttons and triggers to interact with in-game objects.

my heart rate was noticeably in the triple digits

After five minutes on the VirZoom last week wearing the latest version of PlayStation VR — Sony’s dedicated headset, due out sometime next year — I could feel sweat collecting on my forehead and my heart rate was noticeably in the triple digits. Thanks to Sony’s most recent ergonomic choices, this version of PlayStation VR, which we’re told is very close to the consumer version, has a cushier forehead piece. The goggles also slide forward and backward to your liking without the need to strap them as close to your face as possible. So while you may not deal with dripping sweat while playing, exercising in VR can still be an uncomfortable activity requiring a nearby towel.

The games are not that great, and there’s no getting around that. The three titles I tried firsthand amounted to mini-games you’d more likely find in an older arcade: capturing bandits while riding a horse and swinging a lasso; collecting coins in mid-air while flying through a canyon on a winged Pegasus; and racing cars. What’s fascinating, however, is how the VirZoom can take those subpar experiences and elevate them to something exhilarating, with complex sensations you’ll only to find replicated by a modern-day 3D theme park ride.

By mixing in-game motion with real-world movement, the result is an experience that’s more about immediate physical responses than it is about feeling teleported to a different world. Your eyes may not be tricked by the so-so graphics, but your body will certainly be screaming at your brain, telling it that you are in fact moving. Of course, the VirZoom did bring me right up against my discomfort threshold. But it never surpassed it. 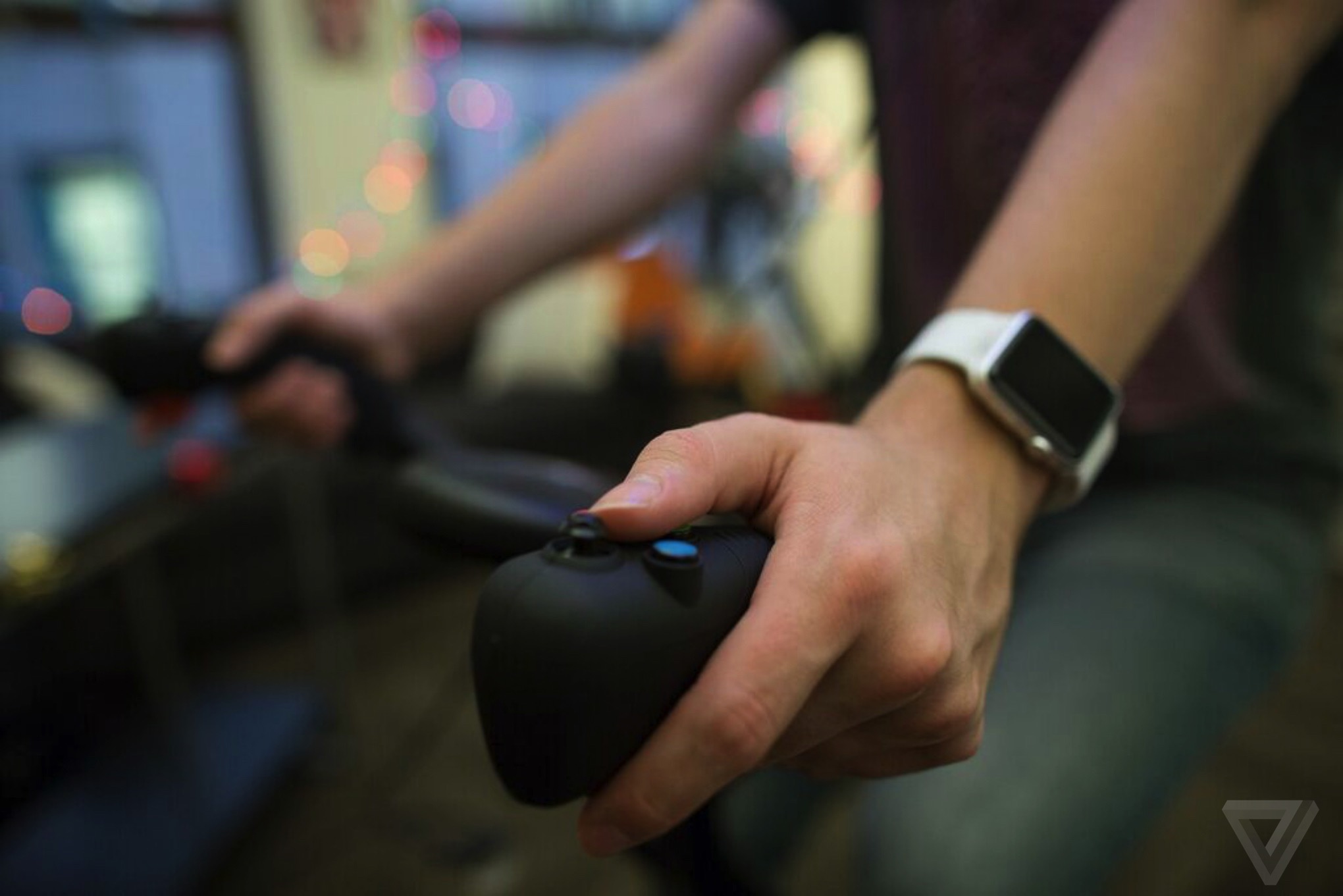 I admit to having felt disoriented during the demos. It was difficult, for example, to reconcile falling through the air with the physical motion of pedaling the bike. Before I would touch the ground while riding the flying Pegasus, I couldn’t stop myself from bracing for an impact I would never feel. I would not recommend the VirZoom to those who feel motion sickness easily, but if you can read while riding in a moving vehicle, you’re probably okay.

"We’re trying to solve the problem of locomotion in VR," says Spencer Honeyman, VirZoom’s director of business development. And it’s a hard problem — perhaps the problem keeping VR from being more immersive than it is today beyond graphical improvements.

Most VR motion controllers are trying to translate real-life hand movements directly to in-game characters, like the rotation of a wrist or the raising of an arm. That typically requires controllers in your hand, but there’s little by way of full body controllers without being strapped into what looks like a low-key exoskeleton. Even worse, without a large carpeted space free of sharp objects, it’s not advisable to free roam with a VR headset on. The VirZoom manages to get us moving in VR in a way that feels more useful than bumbling around your living room.

VirZoom is selling its bike starting in the first half of next year for $250, but the first 300 customers who preorder it starting today will pay $200, the company tells The Verge. The package includes five VirZoom games and a free month of the company’s $10 per month annual subscription service, which offers fitness tracking software and updates to current and new games down the line. 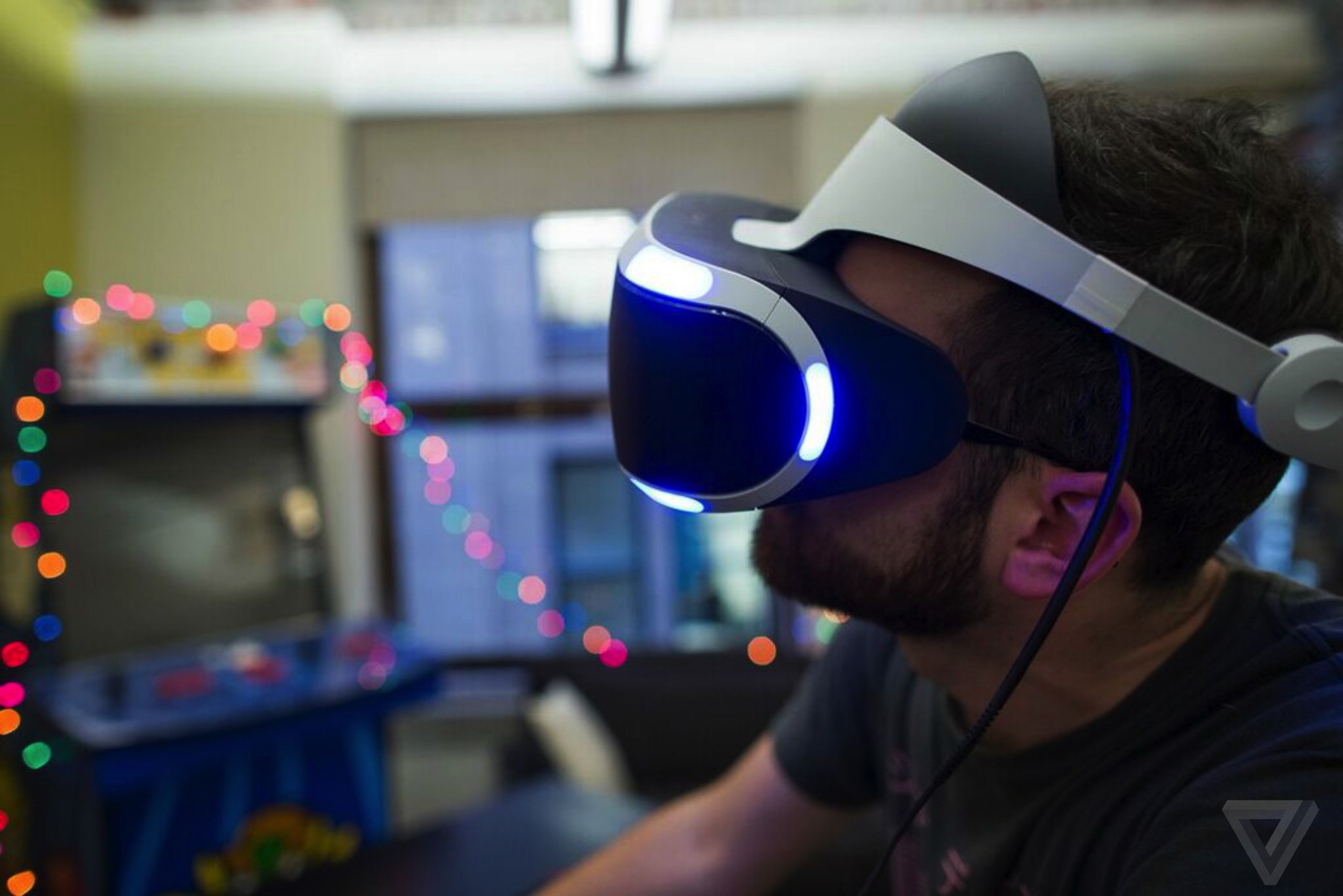 Once it launches, the biggest issue the company will face is the chicken-or-the-egg problem. VirZoom games are all made by the company itself for now, but they’re opening up the platform, letting other developers design games to work the VirZoom. Without those developers making better games optimized for VirZoom’s motion controller, though, it may not attract that many customers. Without customers, developers may focus only on handheld motion controllers like Oculus Touch and forgo VirZoom.

But for those looking for a way to exercise in a virtual world, the VirZoom is only fully realized product out there right now. And with a price tag only marginally higher than a standard exercise bike, you can finally workout in your living room without feeling like a shut-in. After all, your body may be at home, but your mind will be somewhere else entirely.