“The problem with the future is that it isn't here yet,” said Dieter Bohn in our review of the new MacBook. “Instead we live in the now, and the now doesn't have the ecosystem of adapters and wireless peripherals I need to use this laptop with its single port.”

Well, I’ve been using the MacBook as my primary computer for the past six months or so, and it’s true that its one and only USB Type-C port can make things a bit awkward at times. But the last few weeks have been a whole lot easier, thanks to a little peripheral I’ve been testing. It’s called the Minix Neo C, and Apple really ought to have made this thing itself. 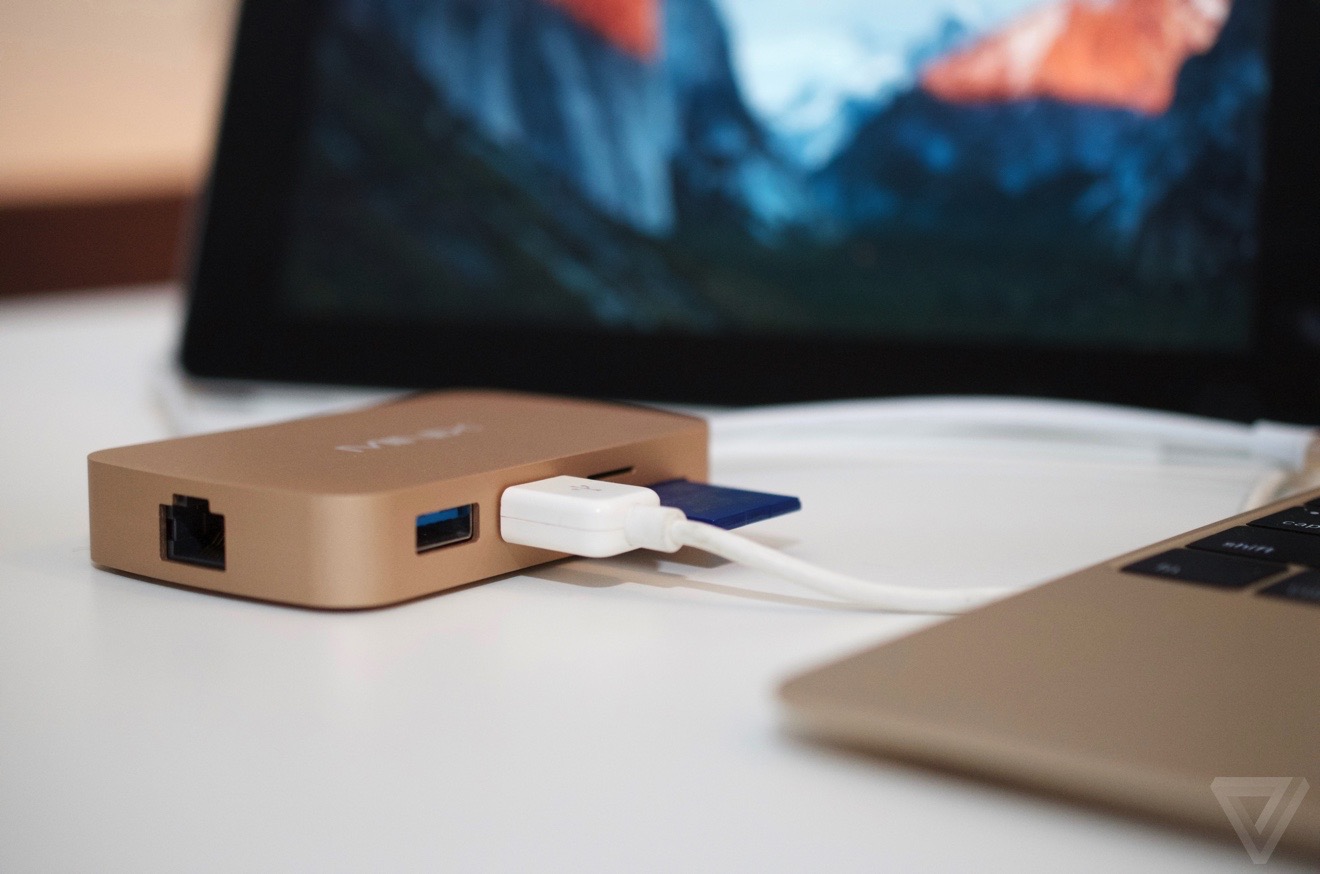 The Neo C comes from Minix, a Hong Kong-based manufacturer of media hubs and various computer accessories. It’s a chunky yet compact hub made of sturdy metal that lets your MacBook’s USB-C port handle just about anything you’d want for regular computer use: two regular USB-A 3.0 ports that carry power, slots for both SD and microSD cards, a Gigabit Ethernet jack, your choice of VGA or HDMI monitor output — the latter up to 4K, though the highest resolution I could test was 2560 x 1080 21:9 — and, critically, another USB-C port so you can continue to charge your computer as you use all these features.

"The power delivery protocol is comprised of exceptionally complicated logic."

That last point is one that’s tripped up other manufacturers; there have been lots of MacBook USB Type-C hubs, but very few have supported pass-through charging. Nonda’s Hub+ was a particularly notable Kickstarter failure, with the creators ultimately winding down the project despite raising $883,460 from over 8,000 backers. Minix has managed to get the charging feature working, however, along with the widest array of ports we’ve seen. "The power delivery protocol is comprised of exceptionally complicated logic," says Minix’s John Scutt. "Our software engineers have spent months testing and fine-tuning the firmware to ensure that the end result is a product that exceeds expectations and guarantees seamless integration with Apple’s hardware."

So, to give you an idea of how this can work in practice, this is my current setup: I have a monitor plugged into the Neo C along with a USB-A cable that enables the monitor’s own USB ports. An external hard drive and Lightning dock are plugged into the monitor, and the MacBook’s USB-C charger is plugged into the Neo C. The upshot is that by plugging in a single cable to my MacBook, I get power, a second display, a hard drive, an iPhone charger and connection, Ethernet connectivity, SD card slots, and extra USB ports. When I want to use the MacBook on the go, I just turn off the hard drive and unplug the cable; when I return to my desk, I only have to plug in one thing to get an instant workstation. Once you’re set up like this, the new MacBook is actually easier to dock than any other laptop I’ve used — even with my old MacBook Pro and its multiple ports, I’d have to plug in the power, the monitor, and the monitor’s USB connection separately.

Apple did release its own USB-C adapters alongside the MacBook, and I was using one before the Neo C came along. It works fine for what it is, but it only has one USB-A port, one USB-C port for charging, and HDMI or VGA. While this is enough to create a similar docking setup to what I described above, you’d have to rely on your monitor’s own extra USB-A ports for additional connectivity, and you don’t get any SD card or Ethernet support. At $79, Apple’s minimalist plastic adapters feel overpriced for the functionality.

The Neo C doesn't quite feel like an Apple product

But the Neo C — at least, the engineering samples we’ve been using — does have a few quirks to remind you that you’re not using an Apple product. SD cards need to be inserted upside down, for some reason. It’d be neater if there were one USB-A port on the same side as the display and USB-C connectors, as with Apple’s adapters, so that all your docking cables point in one direction. My colleague Thomas Ricker had an issue with the necessary Ethernet driver at one point, requiring a reboot to restore connectivity. And while the metal finishes are well matched to our gold and space gray MacBooks, I could live without the prominent Minix logo on the top of the adapter.

These are minor complaints, though, especially when you consider the Neo C’s price; both the HDMI and VGA versions will sell for $89.90 each when they’re released early next month. That’s an extra $10 I would definitely recommend spending over Apple’s options — the Neo C transforms the MacBook into a far more capable and productive machine.

Now if only it had a keyboard that didn’t hate my fingers. 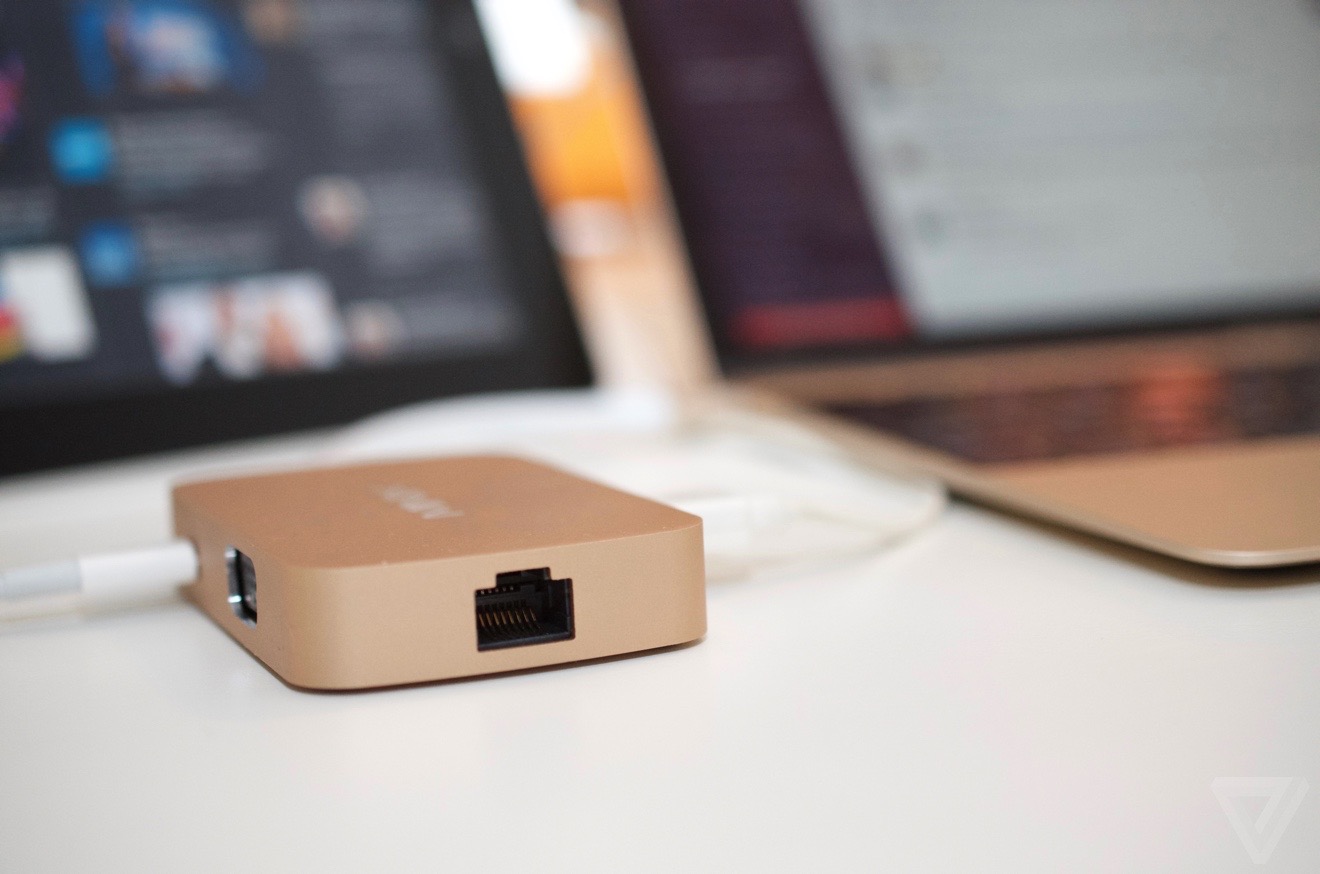