Can Microsoft win me back?

A year ago, I gave up on Windows Phone. Frustrated by a lack of quality apps, poor hardware offerings, and a feeling of missing out, I bought an iPhone like millions of others. I haven’t regretted switching away from Windows Phone at all.

But I have been waiting for a true flagship Windows phone to come along and tempt me back. Microsoft’s Lumia 950 XL is supposed to be that phone: it’s the latest and greatest hardware, powered by the new Windows 10 Mobile operating system. Like many other Android and iPhone handsets, it has a fast processor, high-resolution display, and impressive camera. Those are table stakes for any modern, high-end smartphone, but what makes the 950 XL (and its smaller sibling, the Lumia 950) unique is its software.

Windows Phone first debuted five years ago, and it has been a constant waiting game for basic features and apps to appear. Windows 10 Mobile is Microsoft’s latest attempt to reinvent its mobile efforts. The Lumia 950 XL should be designed to make people ditch their iPhones, but most, including myself, won’t. 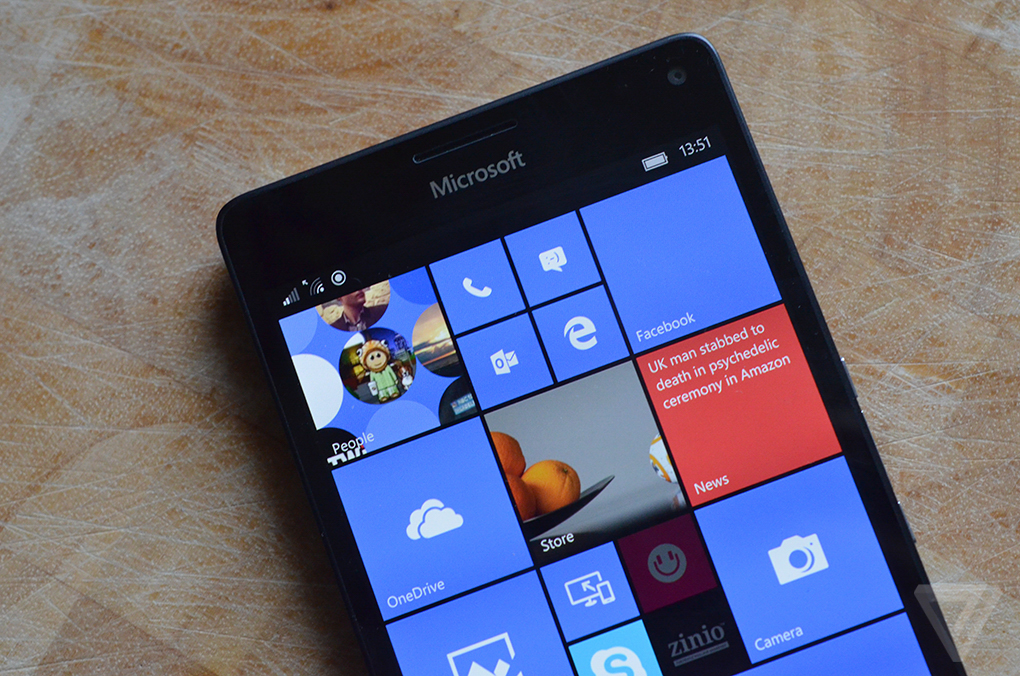 There’s no easy way to say this, but like the smaller Lumia 950, the Lumia 950 XL design is simply boring. It’s uninspired, plasticky, and looks like any other low-end Lumia that Microsoft has been churning out over the past year. If you’re someone that believes Windows Phone is dead, this is the casket you’d bury it in. It looks like a developer device, and feels like whatever talent was left at Microsoft from Nokia just gave up on designing anything pretty.

If you’re someone that believes Windows Phone is dead, this is the casket you’d bury it in

This isn’t the design a $650 smartphone that is supposed to relaunch a software giant’s mobile offering should have. It’s just bland. It doesn’t tempt me to ditch my iPhone, but the basic design has some positives. The only positive here is that it's lighter than Nokia's older polycarbonate designs.

Underneath the dull exterior, Microsoft has included some good specs. Qualcomm’s latest Snapdragon 810 processor powers the 950 XL, alongside plenty of RAM (3GB) and enough storage (32GB). It even has a big battery (3,300mAh) that can be swapped thanks to a removable cover, charged quickly with a USB Type-C cable, or charged wirelessly. The 5.7-inch display looks great thanks to its Quad HD resolution, and it has good viewing angles. 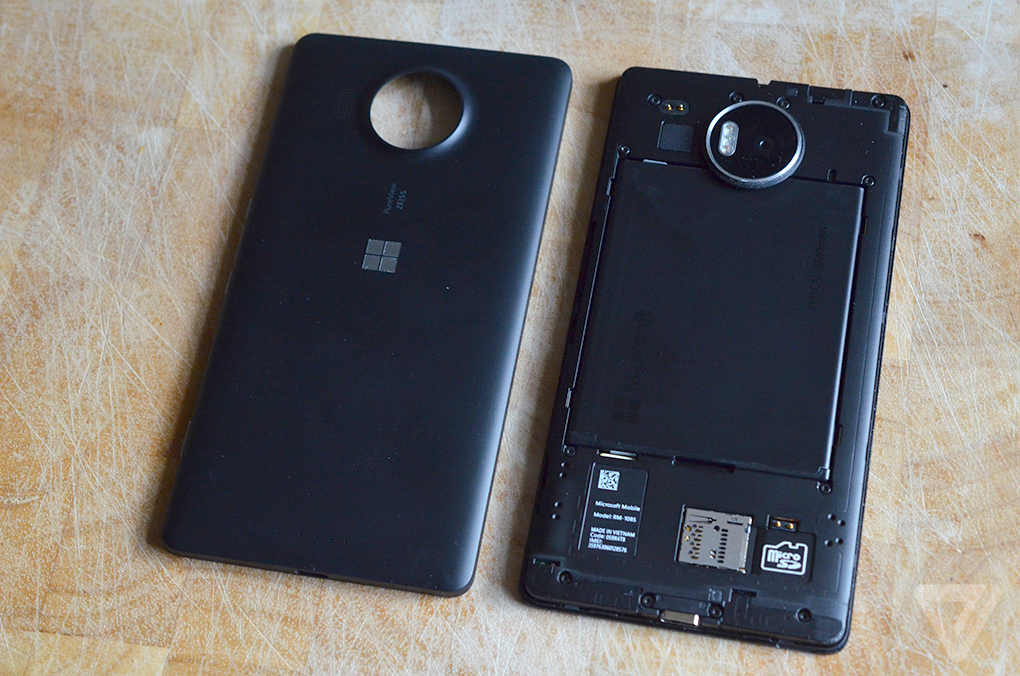 The real star of Microsoft’s mobile show has always been its Lumia cameras. The Lumia 950 XL doesn’t disappoint here, but it’s not perfect. I’ve taken some great photos with it, but I’ve also taken some really bad ones. Microsoft still hasn’t perfected the software algorithms to comfortably take a photo with automatic processing to the point where I trust I can point and shoot. 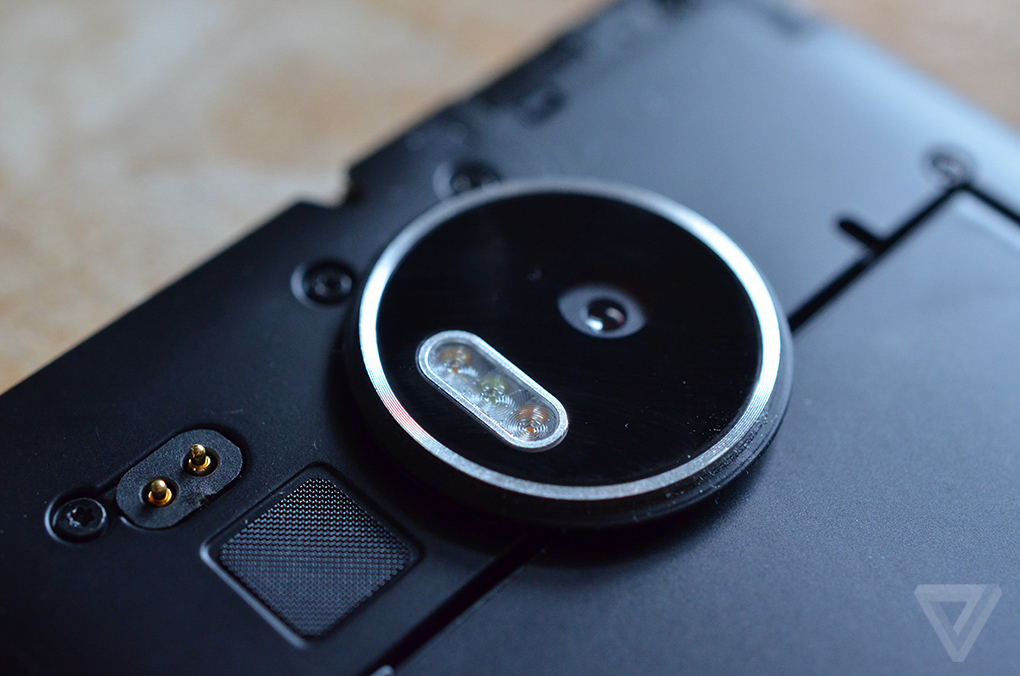 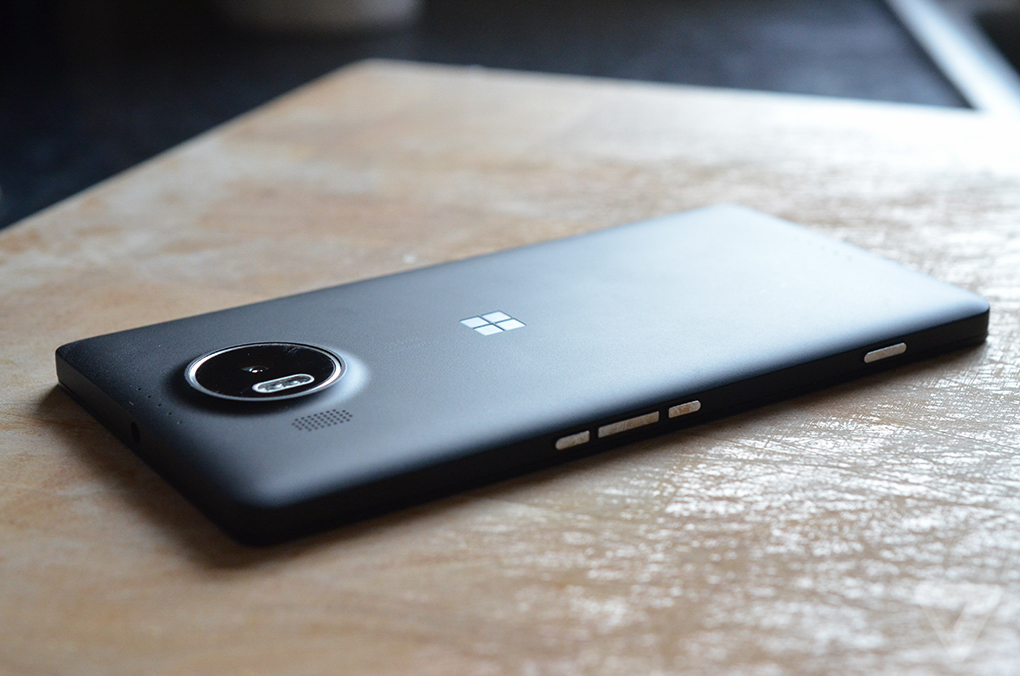 The Rich Capture mode is probably the most impressive part of the camera. I’ve used it a lot, and it’s a great way to get good low-light images. Unfortunately, if you have a moving subject, such as a person or pet, it produces a lot of blurry images. Still, between Rich Capture and the extensive controls Microsoft offers in the camera app, you can get some really great results if you’re willing to put the time and effort into setting it all up.

Most of us don’t use smartphone cameras like that, though. I usually snap a photo and instantly want to share it with a friend or on Twitter or Facebook. I just want my phone to take a good photo every single time. The Lumia 950 XL does that most of the time, but then occasionally it will just take a really bad one and disappoint me. Autofocus is still a little too slow for my liking, and Rich Capture images still take a while to process. I just wish that the automatic processing worked a little more reliably. The camera and its software is probably one of the only things that would tempt me back to Windows Phone, but it’s not enough on its own. 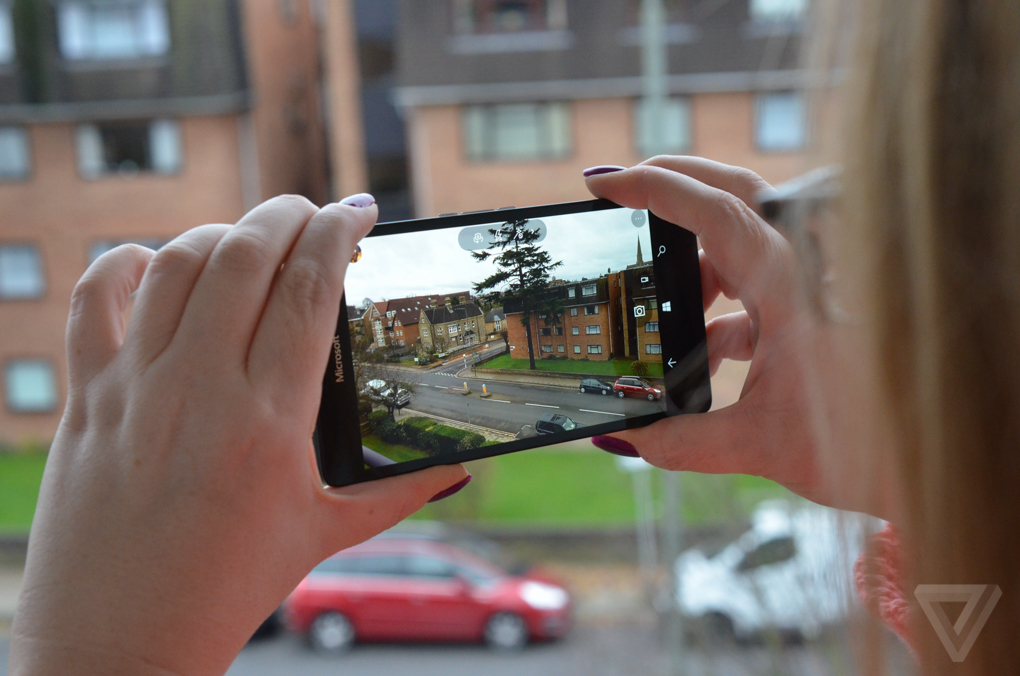 Along with the Lumia 950, the 950 XL is one of the first devices to run Windows 10, and it’s designed to show off the new features of Microsoft’s mobile operating system. Most apps have been overhauled since Windows Phone 8.1, but they’re all fairly familiar. Disappointingly, everything feels like a work in progress. I’ve run into weird bugs where I’ve had to reboot the device, and I can’t even add my Google Apps work calendar to the device because of a weird Windows 10 bug that messes up all of our meetings. 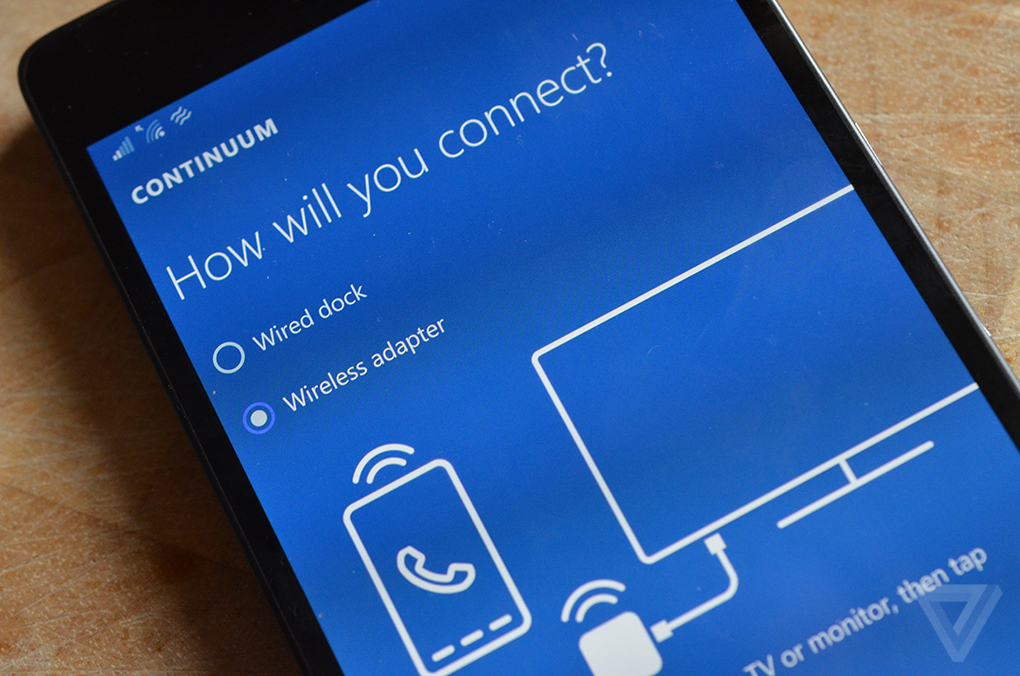 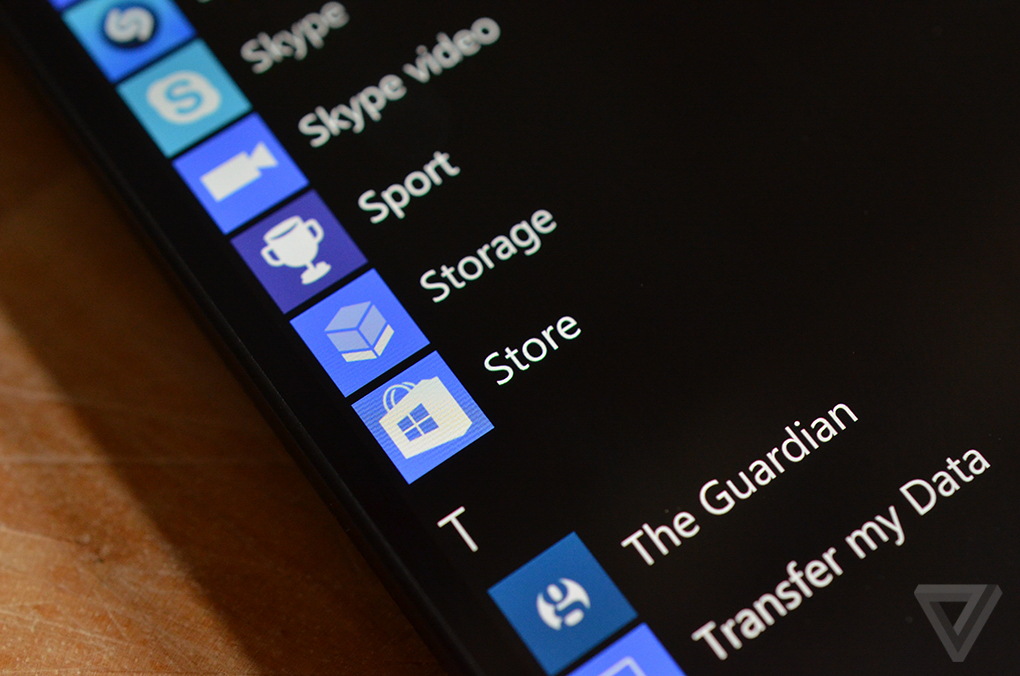 I’m also disappointed with the design direction for Windows 10 Mobile here. Hamburger menus and inconsistency across each built-in app makes it feels incoherent at times. Mixed with the fact it has felt buggy and unfinished through its testing period, the final result isn’t as impressive as I’d hoped for. The overall user experience feels like a weird mix of Android and Windows Phone instead of something wholly belonging to Microsoft. None of the uniqueness of Windows Phone remains apart from the Live Tiles. Everything else feels like it has been ripped apart and moved around, and that Microsoft is still tweaking and figuring out what to update next.

Performance isn’t terrible across the OS, though. Most of the speed of Windows Phone remains, and the fact Windows 10 is running on the handset doesn’t appear to drain the battery. I’ve consistently got a solid day of battery life, although standby seems to strangely vary.

Aesthetics aside, Microsoft has done a good job of marrying Windows 10’s mobile equivalent to the desktop. Microsoft Edge acts as the browser, like the desktop, and there are mobile versions of Mail and Calendar that feel familiar. If you use Windows 10 on the desktop, then this is simply a smaller version as the apps adapted for the smaller screen size. It’s all part of Microsoft’s universal apps promise so you can run the same applications across phone, desktop, and Xbox One. We’re at the very early stages of this big promise, but it looks encouraging.

Windows 10 Mobile also offers two new tricks for the Lumia 950 XL: Windows Hello and Continuum. Like the desktop version of Windows 10, you can log into the 950 XL with just your face. A special camera at the front of the 950 XL will look for your eyes and log you in automatically. It sounds like the future, but I find it slightly irritating. Most of the time I have to bring the phone unnaturally to my face, which feels awkward and slow. After using Touch ID on the iPhone 6 for the past year, I would have preferred Microsoft added a good fingerprint reader. 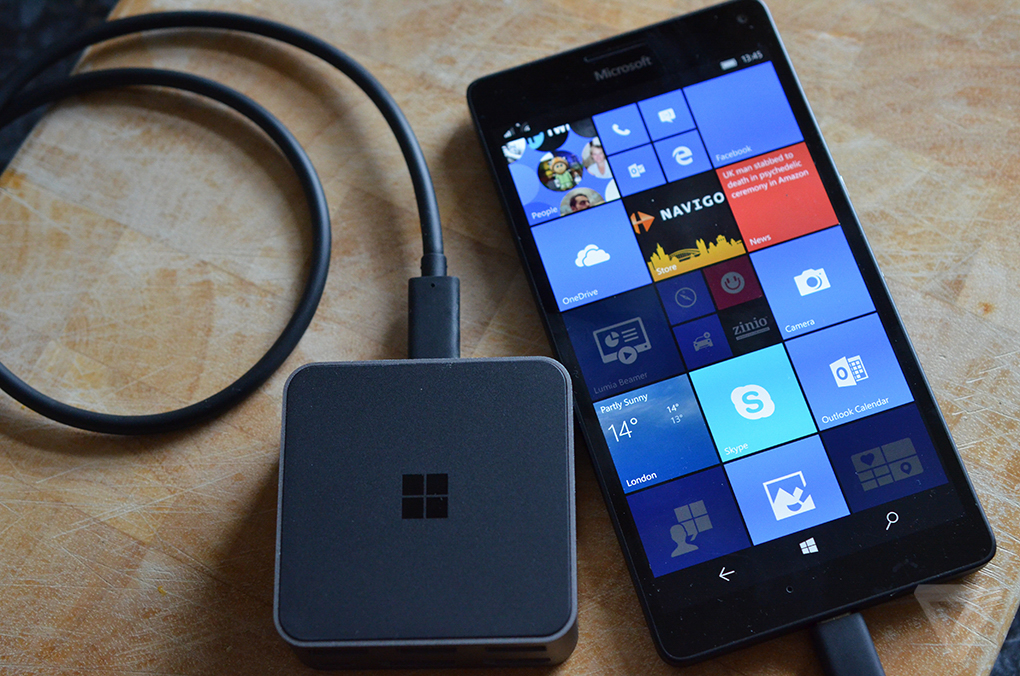 Continuum is really the star of the show, however. It lets the phone transform into a low-powered PC, with a few catches. In addition to the phone, you’ll need Microsoft’s $99 Display Dock (or a Miracast adapter), a mouse and keyboard (Bluetooth or USB), and a monitor or TV. You plug the Lumia 950 XL into the dock or connect wirelessly, and the phone simply beams itself to the display. It looks very similar to a Windows 10 desktop PC, minus a few features like app snapping and full multitasking.

Microsoft designed this with universal apps in mind, but most of them don’t support Continuum yet. Microsoft’s own apps all work fine, but third-party ones need to be updated to support the feature, and the vast majority haven’t yet.

Continuum feels like a glimpse into the future, though. Every app developer is focusing their efforts on smartphones right now, not tablets or desktop PCs. If we arrive at a future where phones can be a single computing device, then Microsoft is well positioned to offer this. If Microsoft builds an Intel-powered phone with true desktop apps, Continuum could get very interesting. But that’s not where the 950 XL is at, and it’s little more than a parlor trick in its current state.

What’s not encouraging is the state of apps for the Lumia 950 XL. I wanted to switch back to using this as my daily device over the past two weeks, but I simply couldn’t hack it. It stayed in my pocket while I used my iPhone 6S Plus, simply because so many apps are still missing or inadequate on Windows Phone. I’ve been to a lot of events recently and need Periscope to stream from the Verge account, or to use Snapchat. I simply can’t do this with the Lumia 950 XL, and I can’t even access our Trello work app. If I can’t get my work done on the move, it’s really difficult to switch back to a Windows phone.

Microsoft’s original plan was to support Android apps on Windows 10 Mobile, but that seems very unlikely now. Most of the third-party apps are just poor ports from iOS and Android, and lack key new features. The Twitter and Instagram apps are still depressing examples of the state of Windows, and I don’t feel like much has changed over the past year. Microsoft’s mobile store needs some serious love, but it’s running out of time. 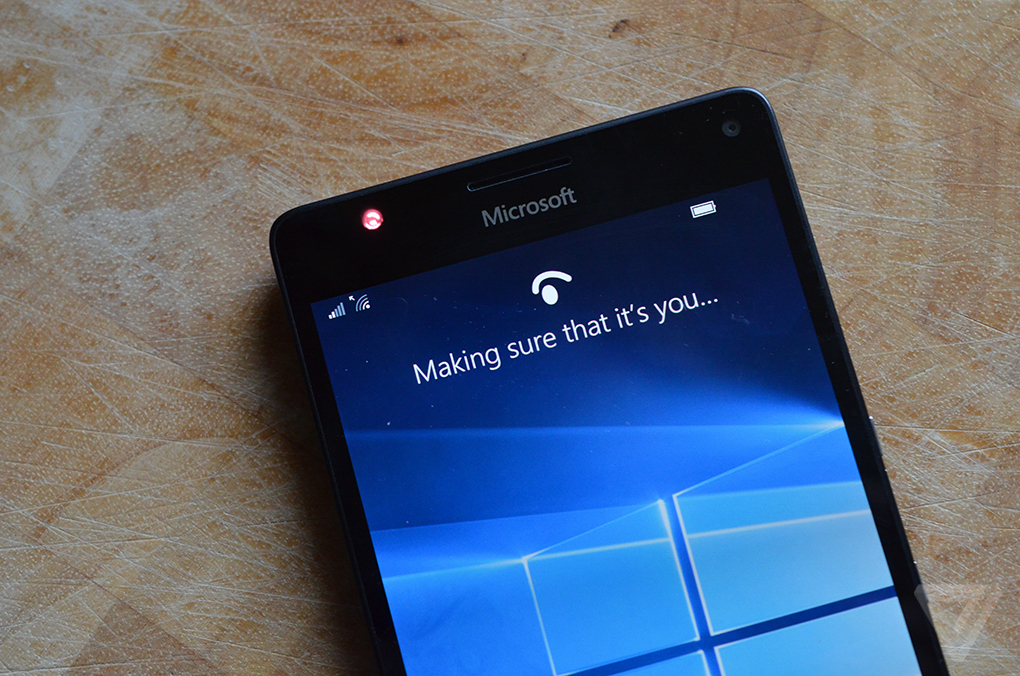 The Lumia 950 XL simply isn’t for me or the vast majority of smartphone users out there. I use Windows 10 on a daily basis on a PC, but the experience on mobile is just lacking. Microsoft has done an excellent job on its apps for other platforms, and my iPhone home screen is full of them. The Lumia 950 XL needed something exciting and unique to convince me to switch back, but it failed.

That might change if a rumored Surface Phone arrives next year, but right now it’s the same old waiting game for Windows on phones. A year ago I was tired of waiting, and today nothing feels like it has changed. Windows 10 papers over the cracks, but unless developers buy into Microsoft’s vision of universal apps then it won’t change much. More and more high-profile apps are disappearing from Windows Phone, and the Lumia 950 XL won’t help bring them back.

At this stage, the Lumia 950 and 950 XL really should be the standout phones that reboot Microsoft’s mobile efforts, but it feels like the company has read the writing on the wall and already given up.