Seventeen months after being acquired by Google, Songza will today begin notifying users that the end is near. With all of its functionality now baked into Google Play Music, the free, ad-supported music service no longer has much reason to exist and will be switched off for good on January 31st. Before Google bought it, Songza was sort of a quiet contender in music streaming. It was never going to dethrone Spotify, but the app earned serious buzz and millions of downloads for its fantastic, human-curated playlists.

Songza's co-founders say they've been careful in reaching this point; Songza has continued to operate alongside Google's streaming service for months and months — even after the app's signature "Concierge" feature, which recommends playlists based on your mood, the time of day, or various activities, was brought over to Play Music. That gave Google's service a much-needed free listening tier as the company tries to carve out a respectable audience in the streaming music wars. “We wanted to do everything we were doing for Songza in Play Music," co-founder Elias Roman, now Google Play Music's product manager, said in an interview Tuesday. "That was not something that was acceptable to compromise on. We’re not taking anything away from people. It was worth waiting for.” 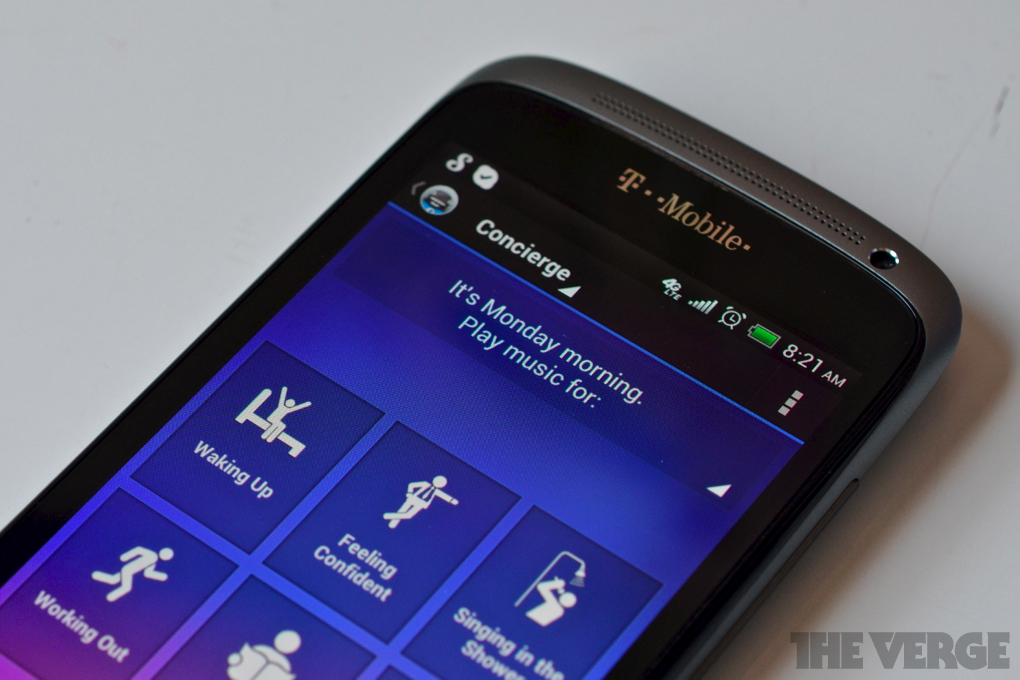 Expanding Play Music's free experience to Canada was one crucial thing that needed to happen before Songza could go away. The service has picked up a loyal following there, and that's a segment of users that Google didn't want to leave in an awkward spot. Good news: that's happening today as well, so all of Songza's users can now move over to Play Music and pick up where they left off. Starting now, everyone will see a message alerting them that Songza will soon become Play Music. Tap the "I'm in" button, and your Songza account will be linked with Google Play Music in the background. "We’ll import all of your favorite stations, all of your recent stations, all of your thumbs up and thumbs down, and we’ll use it in really obvious ways," said Roman.

If you're entirely new to Google's service, Play Music's "recents" section will auto-populate with all songs you’ve given the thumbs up on Songza — all the way back to the beginning. "So if you eventually decide to subscribe, you can listen to all of them on demand, built up over years of thumbing through Songza," he said.

That's obviously the ultimate goal of the concierge service: Google hopes you'll be so impressed by the app nailing picks for the "Drinking Pumpkin Spice" or "Entering Beast Mode" playlists that you'll buy into Play Music as your end-all-be-all music service. But the acquisition also broadened Songza's reach and potential in huge ways. "We’re now in more than six times the number of countries and seven times the number of languages that Songza ever was," said Roman.

Another Songza co-founder, Elliott Breece — who has also stuck around post-acquisition to help evolve Play Music — shares that sentiment. "It’s the same DNA, but obviously we’ve been able to do a lot more since we’ve been here." For one, the team has gradually amassed a wealth of data on how (and when) people use Songza. "Our curation team is really data-driven. It’s not just about having an opinion and being super-smart when it comes to music. It’s also understanding when people do certain things. When do people work out? How do you entice people to — or maybe incept — the idea of listening to music when you’re cooking? Really understanding when to present certain options is something that our curation team has spent a lot of time on."

Google has since built Songza's best feature into Play Music, and it's still free.

And it shows. If there’s one thing Songza and Google Play Music do better than Spotify, it’s surfacing music that’s perfect for wherever you are and whatever it is you’re doing — without needing to ask. It's a different kind of lean back experience than you get from Spotify's also-great Discovery Weekly. And then there's YouTube Red. If you become a paying customer of either the ad-free YouTube experience or Play Music, you'll get the other one tossed in for free, all for $9.99 a month. "It’s radical," said Breece. "Two for one seems like a no-brainer. It seems sort of uniquely compelling." That's true; this two-for-one punch makes the music videos tossed in by Apple Music and Tidal seem like something of a joke.

But despite Roman's insistence that there will be room for multiple music services long into the future, Play Music still needs more subscribers to really compete. Rdio's demise is a reminder that good features and software alone aren't quite enough, although Google comparatively has very little riding on Play Music's success. The appealing family plan announced back in September is due "very soon" and could help nab more subscribers. So then let's just imagine that every single Songza user decides to make the jump to Play Music; would that move the needle any? Songza's co-founders aren't looking at it that way. "I think we’ll be adding a very passionate and vocal group of people to our user base," said Roman. But the most important thing to come from Songza's shutdown is focus; no longer working on two distinct apps simultaneously, Google and its Play Music team can fully concentrate on one product, and hopefully do better at promoting it.