These headphones were designed by audiophiles, and they're glorious

Fostex and Massdrop were, I confess, unfamiliar names to me before this November. But their collaboration on a glorious new product has turned me into an immediate and enthusiastic fan. I’m talking about a set of headphones designed by the audiophile community at Massdrop and built by the pro audio gear makers at Fostex: the TH-X00.

Let’s cut right to the chase: I love these headphones. I love their lacquered mahogany cups, their spacious and comfortable design, and their unfailingly smooth, detailed, and pleasing sound. I also love the story of how they came together. 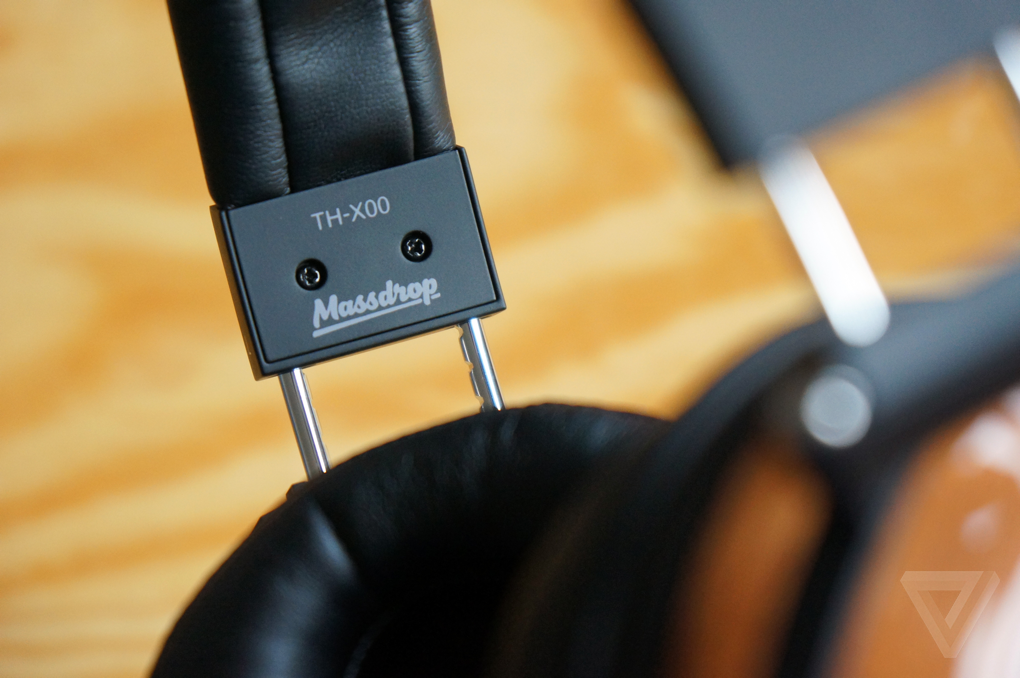 Massdrop is a new sort of online community that can be described as a form of crowd-shopping. Unlike Kickstarter, which creates a hub-and-spoke relationship between one centralized producer and many individual backers / preorder customers, with Massdrop the supplier deals with an entire assembly of customers at once. This helps the site’s users secure group discounts, but more interestingly, it also gives them enough sway to actually affect product decisions.

The audiophile community at Massdrop is one of its oldest and best established — among a selection that includes quilting, pocket knives, RC cars, and mechanical keyboards — and it’s already been responsible for two successful prior collaborations with personal audio makers. The AKG K7XX headphones last year and the Grace Design m9XX USB DAC / amp a few weeks ago were both warmly received by the discerning audio lovers at Head-Fi, the Mecca for high-end headphones enthusiasts. Winning that extremely demanding crowd over is no mean task, but Massdrop has accomplished it by tuning existing products and, importantly, figuring out ways to lower their price. 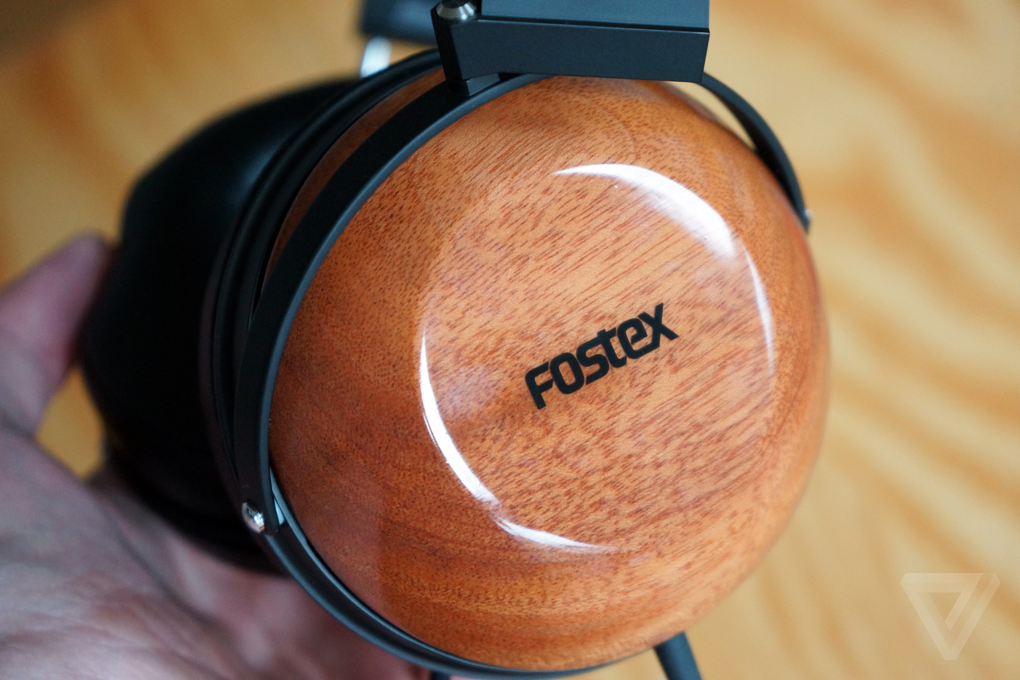 The Fostex TH-X00 is a mix of the company’s premium stereo headphones, the TH900s, its less expensive TH600s, and its heritage of creating the popular, but now discontinued Denon D7000s. None of those headphones can be described as particularly affordable, though, with the TH900 still costing a substantial $1,300 (which was the starting price for the TH600 set). The Massdrop TH-X00, in contrast, is $399. The big caveat here is that you have to go through Massdrop to buy your own pair and the initial "drop" of headphones has already sold out — so getting a set might be tricky — but setting that aside, I can’t recommend the X00s enough.

These headphones are one of the best ways you can spend $399 on personal tech. In a market where almost everything comes with a sealed-in battery and a consume-by date within the next year or so, a good set of headphones can still last for an incredibly long time. There’s no built-in obsolescence with really good sound. And the X00s have that most vital element almost perfected. From the lowest sub-bass of Jamie xx’s "Gosh" to the highest treble peaks of Beyoncé’s "Halo," everything is wonderfully, sweetly articulated.

They are called reference headphones — implying the design goal is to deliver neutral, uncolored sound — but I feel like the X00s are too fun and pleasant to listen to for that to be perfectly true. There’s no harshness to them, whatever extremes I try to push them to. The bass slams are tangible and forceful without ever being overpowering. It's not the absolute, unvarnished truth of every recording, but it is still a thoroughly clean, abundantly detailed sound reproduction that will delight most listeners.

In reviewing the Fostex TH600s a couple of years ago, audio expert Steve Guttenberg called their sound "addictive." My assessment of the TH-X00s is similar. They’re always a joy to listen to, and I’m digging up weird old music I haven’t listened to in years just to check out how it sounds through them. 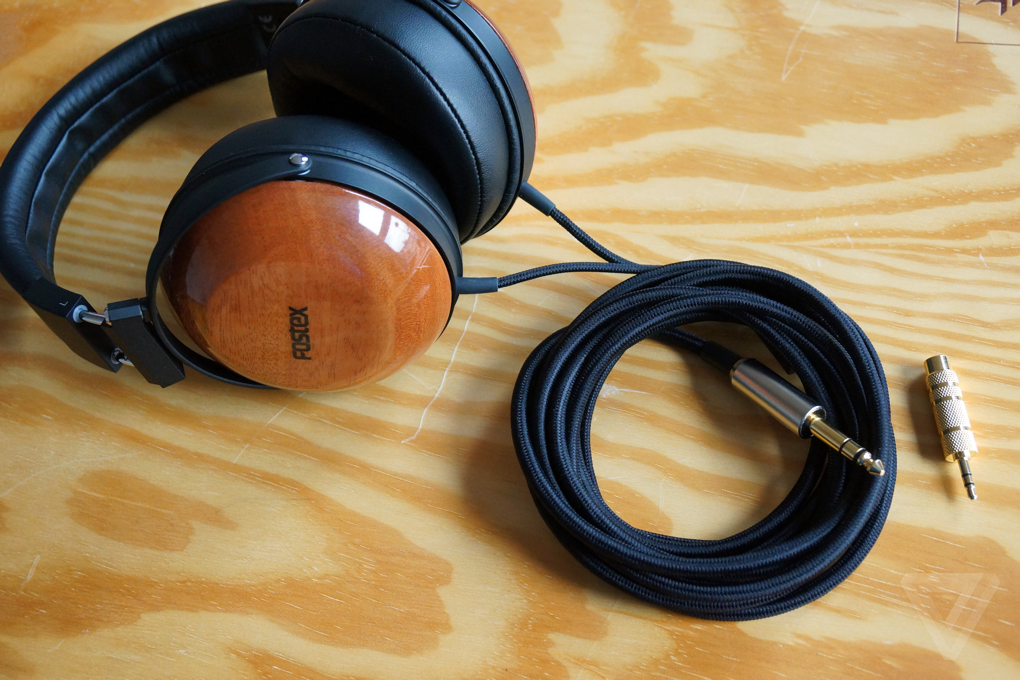 If there’s a downside to these headphones, it’s simple practicality. They are large, and even with a nominally closed-back design, they leak a lot of sound out (but not as much in). Their cable is thick, braided, very long, and not detachable. It terminates at a 6.35mm jack, so if you want to use it with a more conventional 3.5mm output, you have to attach an extra adapter, which makes the whole thing comically large and unwieldy. On the plus side: the X00s are efficient enough to be driven with a smartphone as the audio source, even if the phone gets dwarfed by all the cabling and connectors. Just keep in mind that these headphones are meant to be listened to while lounging in the living room rather than during a subway commute to work.

Massdrop is a focused group rather than a focus group

It’s often been said, rightly, that design by committee doesn’t work. Focus groups give only superficial, flawed feedback and it’s ultimately smart designers with conviction that develop the best products. As true as that is, it’s evident now that design by community has its merits too. The difference with Massdrop is that its users, the people who contributed to the list of requirements for these headphones, are all passionate about high-quality sound. They are a focused group rather than a focus group.

Massdrop went to Fostex with a specific set of tweaks and tuning desires, plus a list of must-have features from existing hardware, and the result has been a triumph. If the future of shopping is defined by crowdsourcing design like this, then I can't wait.

For more from the Verge Video team, check out our Small Empires playlist on YouTube, which includes Postmates' plan for universal one-hour delivery and How OkCupid really works. Be sure to subscribe to The Verge's YouTube channel and check out our archives while you're there to go Inside Microsoft's model shop, where prototypes are printed in 3D.