Microsoft decided to let fans pick what Windows' next casual game should be, and today the votes are in: it'll be a word game.

I know what you're thinking: that's not very exciting. Fair assessment, but how exciting could that reveal have ever been? By definition this is a casual game — something kind of dry that you can pick up and put down, something that's never going to impress you or require much learning. Would Hearts or chess have been any more exciting? Okay, I might have been into chess. It just seems like a practical thing to have. 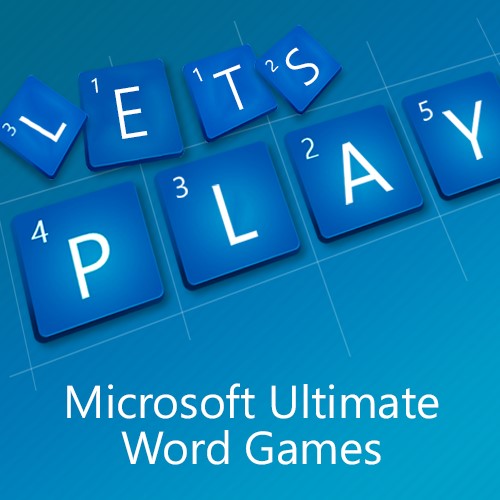 Microsoft doesn't say what specific games will be in its Ultimate Word Games collection, but its logo looks a little Scrabble-y, so that's a possibility (although, neither LP or SY are in the Scrabble dictionary, so technically "Lets" would be an invalid word; I guess that could explain why it's sort of messily placed). The collection is suppose to include "several word games, multiplayer tournament modes, and new daily challenges every day."

Crowd input isn't stopping here. Microsoft is going to continue to accept input on how it builds the game. Anyone who joins a beta testing group will be able to try out early builds, suggest game types, and offer feedback on how it all works. Someone please suggest changing the logo to contain all legal words.