This year, in lieu of the traditional Best Of Lists, we thought it would be fun to throw our editors into a draft together and just have a conversation. Chris Plante and Adi Robertson discuss how virtual reality’s breakout year was delayed. While VR made headlines everywhere, only one headset — the Gear VR — reached consumers in time for the holidays. What does VR’s slow road to store shelves say about the present state of the format, and should we be concerned about its future?

Chris Plante: It’s practically 2016, and the only regular contact I have with virtual reality is an Oculus Rift dev unit that I borrowed from my neighbor and forgot to give back. It’s sitting just behind my desk, and it’s collecting dust. Three years have come and gone since The Verge awarded Oculus Rift best in show at CES 2013. Weren’t we supposed to be living in the VR revolution by now?

Adi Robertson: In all fairness, I’ve been waiting for Quantum Break since 2013 too, and that’s not even crazy long by video game standards. If I try to remember all the VR stuff that happened this year, the list sounds awesome: Valve made a virtual reality headset; Sony got a bunch of developers to commit to games; Oculus announced these sweet new motion controllers and released a consumer headset. But then I have to go back and qualify the whole list, because there’s just nothing out there. Valve blew its launch date; Oculus’ controllers won’t come out with the Rift; the Gear VR is clearly a work in progress; and Sony’s timeline is basically "¯\_(ツ)_/¯."

Every VR project is announced so early and gets so much hype that it’s hard to know where anything really is. The real question is, when can we make a call on it already?

Chris: I wonder if the desire for a big, mainstream VR launch stems from the anxiety of coverage. It’s easy to report on things like laptops, phones, and tablets, because we can assume a large chunk of our audience has come in contact with some variation of the technology, and knows its basic purpose.

I’m not convinced people who work on VR today have a definitive idea of what this medium will become over the next decade, in the same way no one could predict the grand and minute ways smartphones would evolve as technology and parts of our lives. In 2015, VR was just beginning to find itself, which made it difficult both to experience and summarize in the occasional neat news item or essay.

VR is still finding itself

We’re reporting on the Amusement Park era of the medium. Most virtual reality films and games play out like dark rides, pulling you through a series of flashy sets, with your hands and feet locked in place. Everything is big, flashy, and colorful, and there are dozens of people promising the most spectacular experience of your lifetime. Yes, we’re now climbing mountains and time traveling and, of course, shooting bad guys, but we stay within the gated walkway of the virtual space. And like an amusement park, VR is great fun, but I only need to visit now and then.

I predict VR’s success in 2016 will hinge on ideas that step outside the handholding demos of the present. How do we control games? How interactive are VR films? What differentiates a "VR experience" from using my television or laptop or phone?

Or maybe these ideas are already being had? Am I missing something? 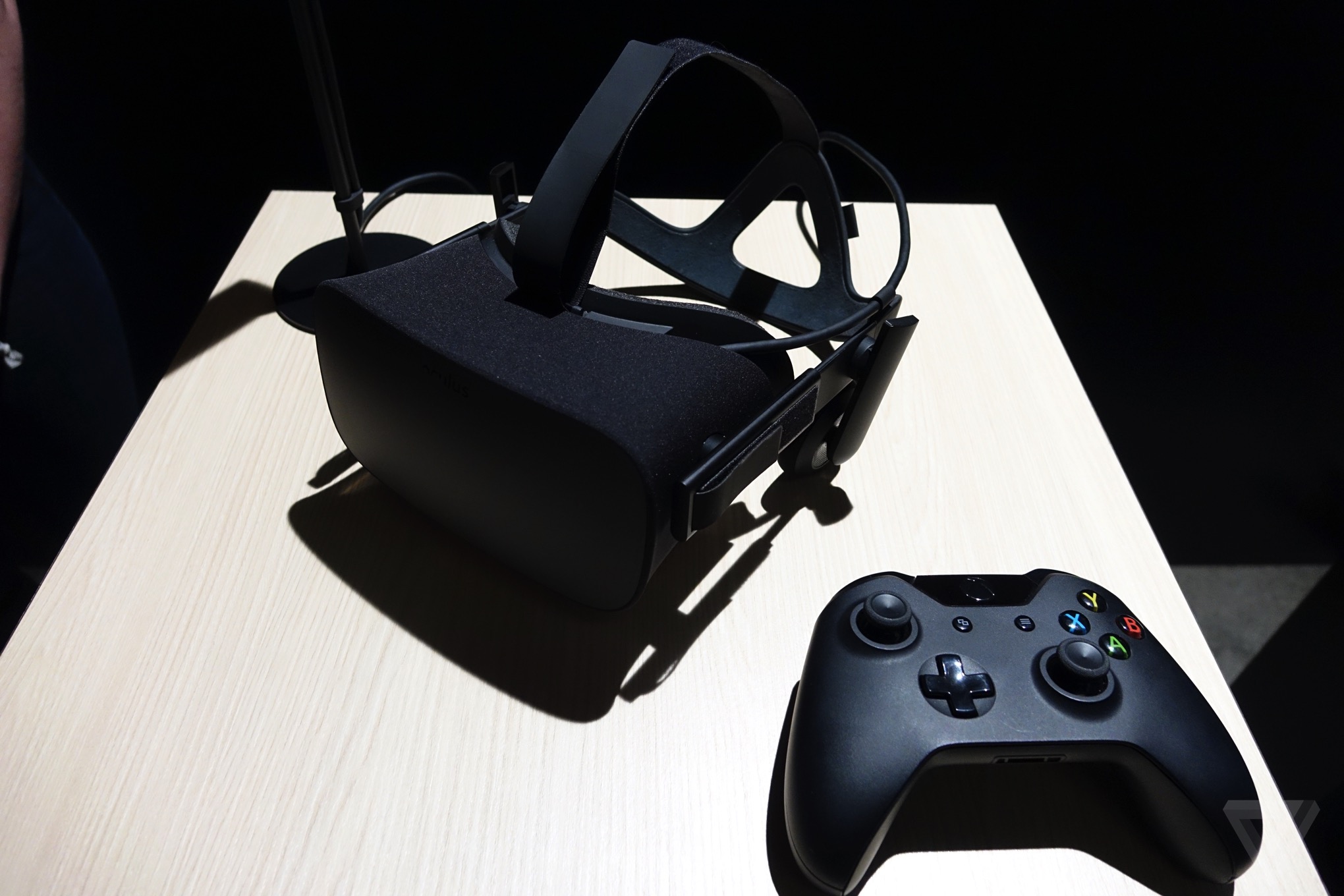 Adi: Yeah, "amusement park" is exactly the right word for what most VR experiences are right now. And while you could make a fine argument that amusement parks are an artistic medium, most people wouldn’t say they’re a revolutionary one. I want a mainstream launch because it’s our first chance to see how people want to use VR, not just what they think they’re supposed to want because they read a quote about it in an article.

One of the problems of VR coverage is that there’s a tendency toward hand-waving its limitations by appealing to some imaginary idea of what’s empirically best for the medium. "It’s not that VR has no good controllers, it’s that it’s so immersive that just looking around is interactive enough!" "It’s not that you can’t wear Cardboard for more than five minutes, it’s that VR is a snackable experience!" Which might be true, but until people can actually test it out, all we have are buzzwords and half-hearted defenses.

Chris: Okay, the big question: which headset are we talking about this time next year?

Adi: Even if it’s my least favorite piece of hardware, I think PlayStation VR is the most viable headset for 2016. The fact that it’s using a platform people already own is obviously a huge boost, but it’s also that Sony has been best at selling VR as an approachable product instead of a Crazy Future Thing. Where others have said, "Come reevaluate your conception of reality," Sony shouts, "Look, robot basketball!"

There are tons of people developing things that go beyond kiosk demos, but what we really need is a chance for natural selection to do its work. Right now, VR projects are judged largely on how well they translate into a New York Times writeup, which isn’t the same as being a compelling or repeatable experience.

The biggest thing I’m wondering about is what success for VR would look like. The answers seem to range from "popular gaming accessory" to "only remaining artistic medium." On a more fundamental level, is consumer VR an entertainment system or a tool? Are we potentially looking at the new television, or the new personal computer? 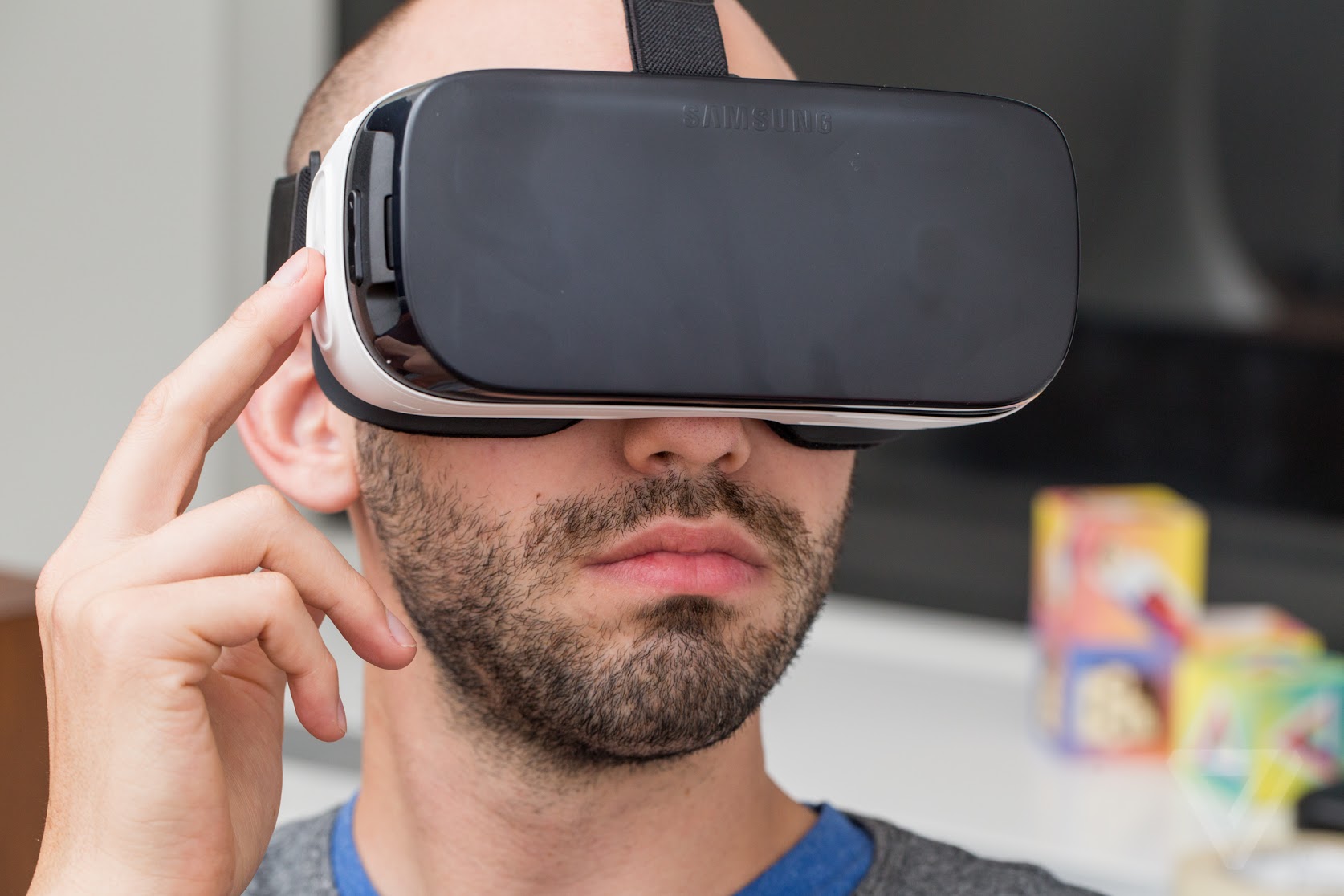 Chris: I’m going to answer that question with another question: where is augmented reality in relation to virtual reality?

Whenever I remove the Oculus Rift and headset, it feels like a disorienting return to Planet Earth, which is novel as it is unsettling. I guess the more generous way to describe the sensation is like exiting a movie theater to a sunny day.

Based of my little experience with augmented reality, it feels like a more grounded alternative. I wonder if in 2016, AR proves to be the smartphone to VRs entertainment center, the solution for the smaller, more mundane, but ultimately more useful everyday experiences.


I feel like VR has largely devoured the imagination of the media, but I wonder if the greatest visions of VR will actually appear in AR.

I digress. To wrap this up, I ask you to shoot me straight: are we not one year from the VR and AR revolution by many years or even a decade?

Adi: What I’m going to say is going to sound terrible, but here’s my hard-nosed, worst-case-while-not-totally-failing scenario for VR.

In five years, consumer VR is a more popular version of the Kinect. People who like it really like it, and researchers and hobbyists do amazing things with it. Occasionally you’ll get a Dance Central 2 or something with crossover appeal. It’s extremely useful from an engineering point of view. But most of the attempts to make it a ubiquitous entertainment product will feel like gimmicks. There is no VR revolution.

Businesses will buy AR glasses within two or three years, because it lets surgeons / builders / etc. work without using their hands. If the hardware gets smaller and the FOV wider, it turns into a portable version of the corporate desktop setup, because it works just as well from home. There aren’t many games, but everybody gets addicted to playing AR Brick Breaker on their lunch breaks. University students get obsessed with their AR time-share labs.

The other, mundane stuff buys time for game/TV/movie developers to mess around with augmented reality hardware, so they can strike when the price drops to consumer-friendly levels. We’re always going to be weirded out by the camera-on-your-eyes thing, but within 15 years, augmented reality is the new smartphone or microcomputer. The end.

That might not happen! But a lot of it depends on how well the first-generation Rifts and Vives and PSVRs turn out. I’m pretty sure I said this last year too, but we’ll be able to make a much better call at the end of 2016.