Leonardo da Vinci's Mona Lisa, is irrefutably the most famous painting in existence, and with fame often comes controversy, suspicion, conspiracy. That's why French scientist Pascal Cotte has been staring at the Mona Lisa for 10 years, trying to dig up her dirt.

The Mona Lisa is, to begin with, kind of a perfect blank canvas (pardon me) for scandal. It's famous for what I think are pretty vague and typically male reasons: it depicts a mystery woman, with an enigmatic expression. It looks like a typical Renaissance portrayal of the Virgin Mary, but with an added seductive smirk. "Mona" is a contraction of "Madonna," for what it's worth. 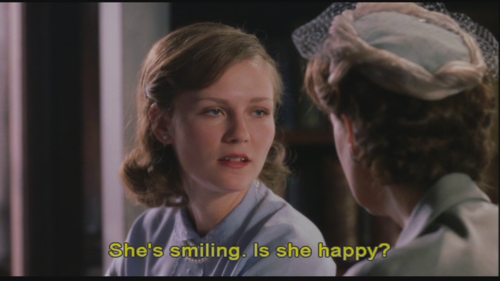 There have always been competing theories about who the portrait depicts, though the majority has long agreed that it is of Lisa Gherardini, a middle-class, seemingly ordinary woman who lived in Florence during the early 16th century and was married to a silk merchant.

But a recent revelation by Cotte could change everything we know about this possibly misogynist painting (and about a movie in which we are asked to believe that some people don't respect Julia Roberts!). Cotte says he took pictures of the painting under intense light and uncovered a second portrait hidden underneath the original. It could be considered a rough draft for the final Mona Lisa, were it not for some small but notable differences.

"It's 'goodbye, Mona Lisa.' She is somebody else."

The most notable difference is that the woman has a totally different face. Pretty notable! She doesn't seem to be the same woman as we know and love and have endowed with so much intrigue.

Art historian Andrew Graham-Dixon corroborated the claim that this woman is not Lisa Gherardini saying, "the new discoveries are like a huge stone thrown into the still waters of art history. They disturb everything we thought we knew about the Mona Lisa." (And about a movie in which we are asked to believe that Julia Stiles would look twice at Topher Grace!)

How does new information about one painting affect all of the history of art? Glad you asked. The Verge conducted its own scientific research on our favorite historical paintings, and uncovered some wild stuff.

Emanuel Gottlieb Leutze's Washington Crossing the Delaware was layered on top of a painting of Taylor Swift and Calvin Harris crossing a pool at her Fourth of July party, for some reason. Patriotic, either way.

Vincent Van Gogh's famous big ole brush strokes had stories to tell, too. The Starry Night hides a frame from a Smash Bros. stage based on Super Mario Galaxy.

Edward Hopper's classic 1942 painting Nighthawks has been scraped away to reveal an even more famous nighttime scene — Luke's diner, complete with Gilmore girls one and two. (Mystery solved!)

Man, art history is truly unpredictable. I don't know why anyone would compare it to a still body of water in the first place.