Microsoft is spending cash to reinvent itself

Microsoft is spending cash to reinvent itself

Sunrise and Acompli are more than just acquisitions

Microsoft has been having a love affair with well-designed iOS and Android apps lately: after acquiring email client Acompli last year, the software giant announced yesterday that it also also acquired Sunrise, an intelligent calendar app. Both are available on Android and iOS, but lack versions for Windows. Looking from the outside, you might assume Yahoo CEO Marissa Mayer has taken over Microsoft and is acquiring every hot new startup that makes cool software, hoping for consumer relevance amid a quest for talent. While Yahoo’s investments have been odd at times, with little obvious return, Microsoft’s have made an immediate impact. They’re part of Microsoft’s reinvention.

That reinvention — fueled by CEO Satya Nadella’s willingness to tap the company’s war chest — is turning Microsoft from a Windows-centric operation into a true software maker. Acompli has quickly transformed into Microsoft’s cross-platform Outlook email app, and it’s reasonable to assume Sunrise will meet the same fate or stand alone as an Office-branded calendar app. Both of these acquisitions have one thing in common: Office. Microsoft surprised many by making Office free on iPhone, iPad, and Android late last year. It was the first bold move from new CEO Satya Nadella after he’d replaced Steve Ballmer, alongside a strategic partnership with Dropbox to integrate the cloud service more closely into Office. Consumers now have a set of high quality apps that bring some traditional desktop computing tasks to mobile devices with ease. Many questioned how Microsoft would make money on iOS and Android with free apps, while others just praised the fact there was finally a great Office app for free. Either way, the moves got people talking about how Microsoft is changing. 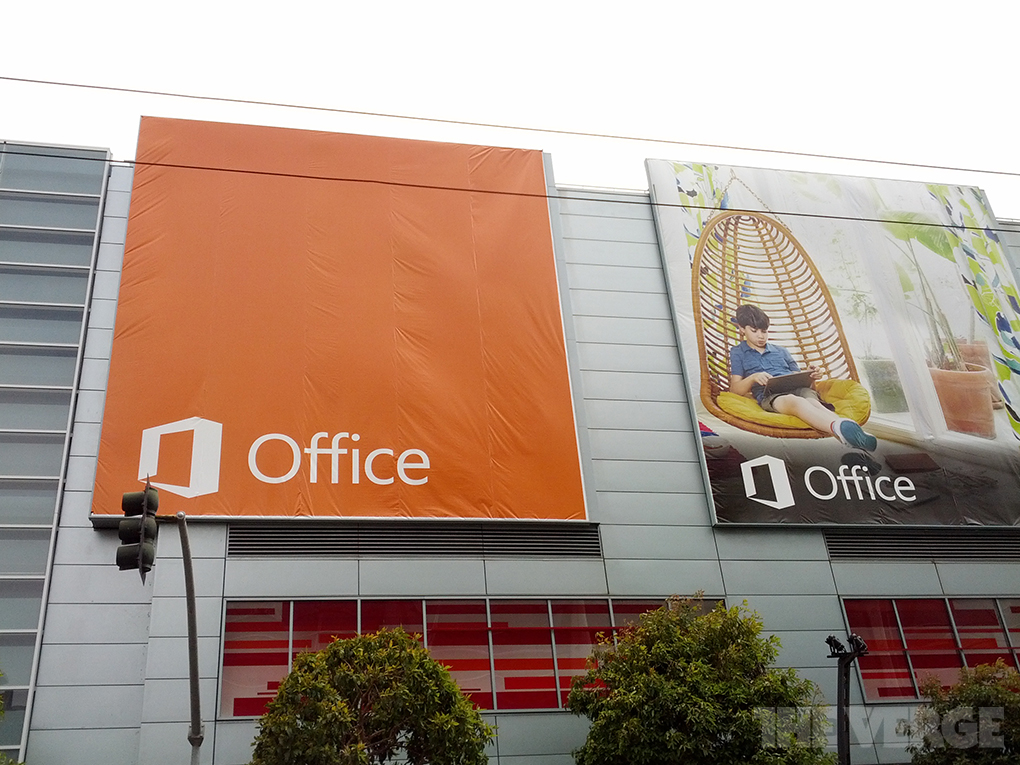 Microsoft’s strategy runs deeper than just making free apps. While Yahoo is acquiring startups to bring on developer talent, Microsoft’s Office, OneNote, OneDrive, and Skype apps all prove it has enough expertise to produce some great iOS and Android titles. Nadella’s approach here appears to be initially focused on winning people over — or "delighting customers," as Microsoft would put it. The reviews of the Outlook app are full of praise, and it has moved quickly up the App Store rankings thanks to word of mouth and the pull of the Outlook branding. The same popular boost happened when Office was originally released for iOS. If you look back only a few years, Microsoft never had any iOS apps. What a difference a bit of urgency and focus makes.

Just like free Office for mobile devices, acquiring hot startups that are building cross-platform apps that compete with Office is a shrewd business move. Microsoft knows it faces a big threat to its Office software dominance as more and more consumers and businesses move to the cloud and potential rivals like Google Docs become alternatives. Google Docs is nowhere near as powerful as Microsoft Office yet, but for a lot of people that doesn’t matter. Keeping consumers and businesses hooked on Office is a challenge, but very rewarding if Microsoft can nail the experience across Windows, Android, and iOS. Again, this change of pace and focus would have been unthinkable back in the dominant days of Windows, but Microsoft is having to react quickly and change the way it develops software. 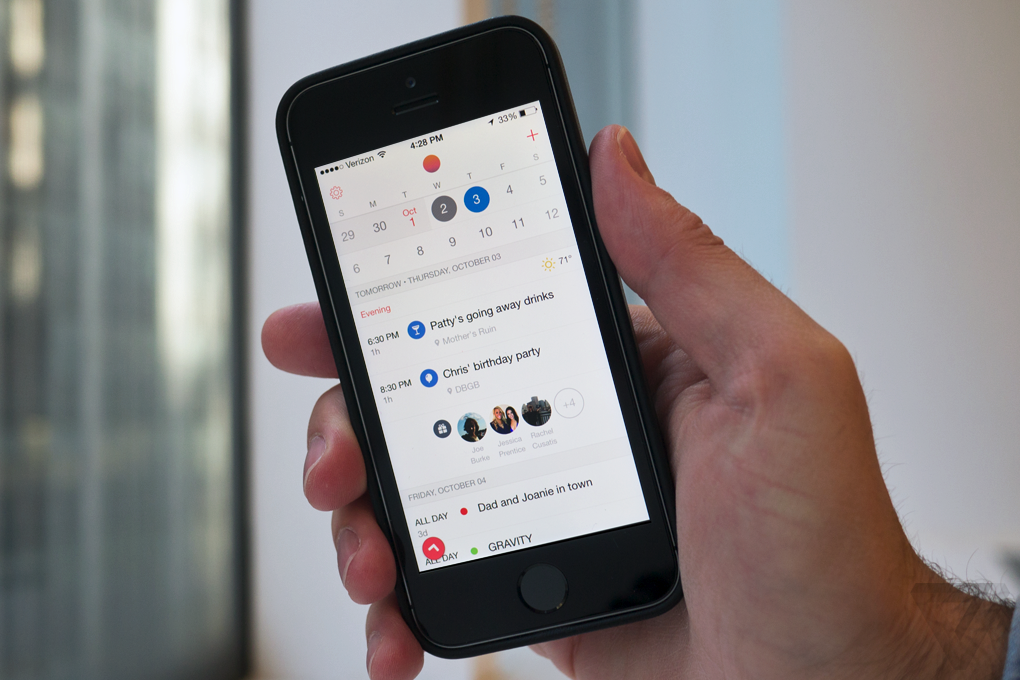 Microsoft’s Sunrise acquisition is also a good example of how the company is increasingly positioning itself to partner with rivals, rather than try to reinvent the wheel. Sunrise integrates with Facebook, Google Maps, Foursquare, Songkick, and many more. "We're interested in how we can tap into all these new web services that we don't have to own," Bing Director Stefan Weitz told us back in 2012. Microsoft has now partnered with Twitter, Facebook, Apple, and more to integrate its search engine technologies with rival services. If Microsoft really wants to beat Google at its own game, then keeping hold of productivity across the relevant platforms and partnering closely with popular web services is key.

These two recent acquisitions bolster Microsoft’s cross-platform efforts, but they’ll also feed back into Windows, too. It’s difficult to reinvent something like Windows — just look at the Windows 8 backlash — but Microsoft is already working on a universal mail app for Windows 10 that uses Acompli-like gestures and will work across phones, PCs, and tablets. It’s not just acqui-hires here: Microsoft is grabbing hold of new apps (and maintaining them, rather than shutting them down) before someone like Google comes in and shakes things up. 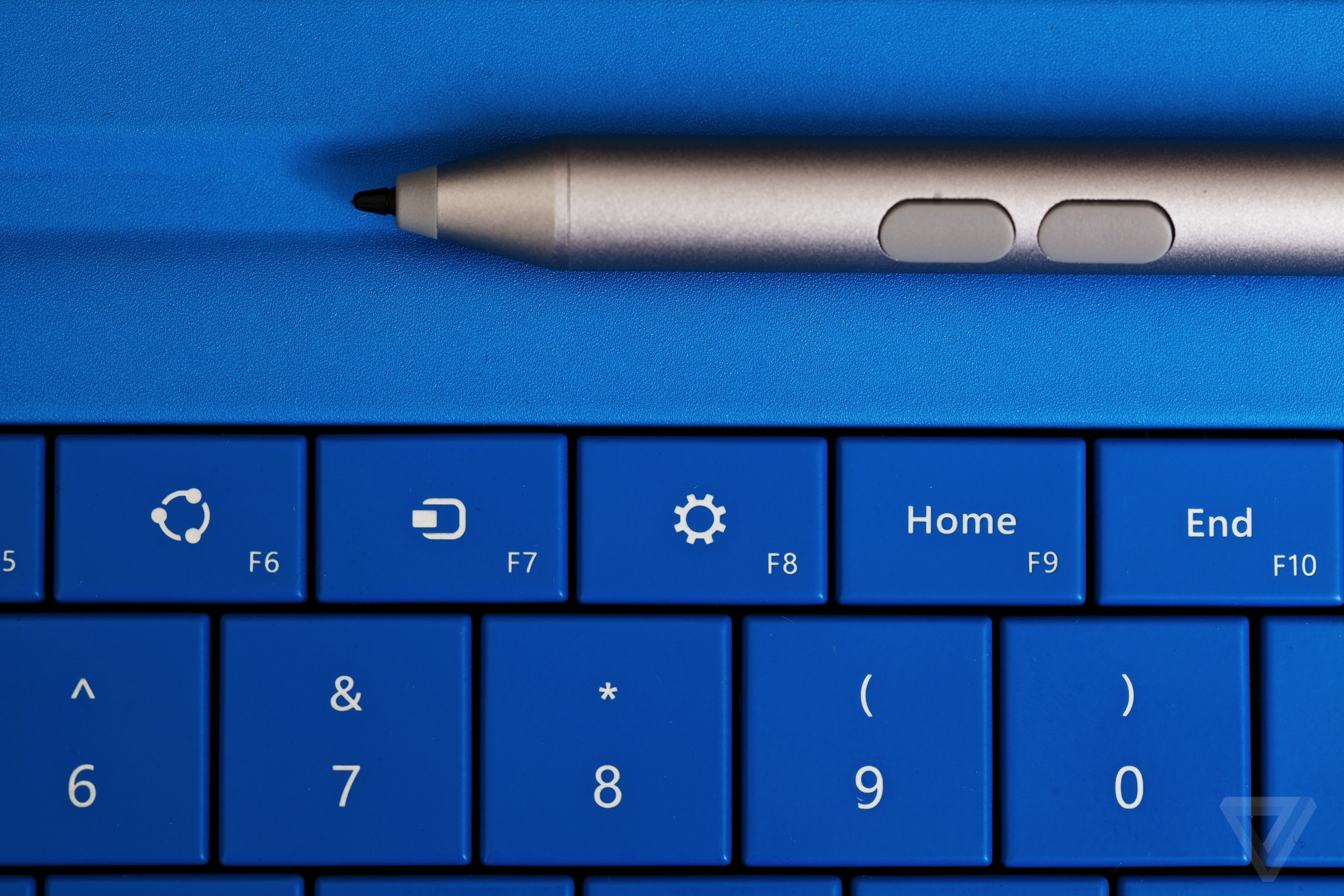 Microsoft’s future acquisitions could be even more telling to where the company is heading. With reports of an N-trig acquisition today, Microsoft’s focus on digital inking in productivity could also be bolstered just as rumors emerge of an "iPad Pro" with a stylus. (N-trig makes the tech behind Microsoft’s Surface Pro 3 pen.) Third-party styluses for the iPad have been very popular. While no technology has ever replaced the simplicity of pen and paper, Microsoft CEO Satya Nadella speculated recently, during an ABC interview, that the fountain pen won’t be around in a decade. That could signal a big investment in the stylus for Microsoft’s future hardware and software. Microsoft has promised big things for the pen for decades, and it’s about time the company delivered.

Stylus aside, it's unlikely that Nadella is finished acquiring what Microsoft needs to transform its future. By the end of the year we should get an even clearer picture of where Microsoft is taking Sunrise, Minecraft, and potentially N-trig. By that time, it’s a sure bet that Nadella will have acquired some additional talent and apps to keep Microsoft obsessing over productivity, mobile, and the cloud. You can call it a transformation, reinvention, or revival, but Nadella’s Microsoft — fueled by cash and a new philosophy for Windows — is changing quickly.