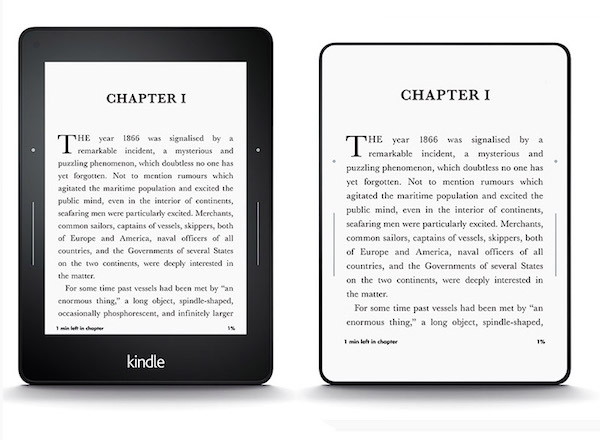 I think the current kindle voyage was a pretty good step forward. Buttons for page turns while keeping the touchscreen for navigation seems pretty good, and the resolution is great. But I thought whether the dark bezel still makes sense. When it was introduced it improved perceived contrast, but the screen is more comparable to ink and paper now. But the average novel still has more 'real estate' for text per page than the kindle does. 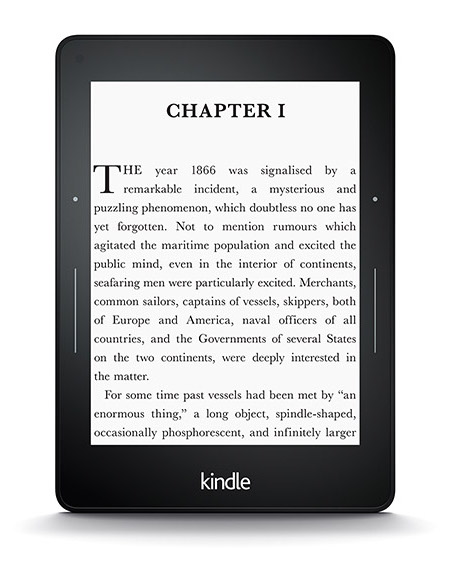 This is what it might look like if you were able to cram as much text as possible on the screen, but it looks a little silly. But I thought now that the bezel is flush with the screen, maybe it should be the same colour as it? 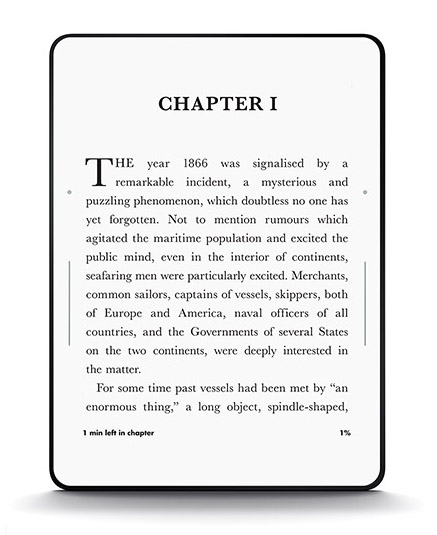 This would allow the full extent of the e-ink display to be used for text while still having a pleasing margin. This might look a little strange with the backlight on, or going though the menus, but it's a lot closer to looking like a page, also helping is moving the branding to the back. In this example, sizing up the text on the 6-inch screen has also meant displaying one less line, but you could equally display more text at the same size as the current voyage instead.

If you look on ifixit the current kindle seems to have space for the odd nip and tuck, so hopefully once a visible bezel is unnecessary, a couple of millimeters could be shaved off the sides, especially the bottom. I would think the touchscreen would have to get better at rejecting unintended presses without a visual separation, and it might be tricky to match the white of the screen without an ugly looking join. I hope not.