Some of film's most memorable scenes are incredibly busy, filled with lots of people and even more action. There's the huge brawl in Anchorman, where dozens of people fight it out in neatly pressed suits, or Beatrix's bloody encounter with the Crazy 88 in Kill Bill. Artist Truck Torrence, better known as 100% Soft, decided to use these scenes as inspiration for his latest art gallery called "Mass Hysteria": it takes your favorite crowded movie scenes and makes them a whole lot cuter.

"I had done several big crowd-based prints for some of Gallery1988's group shows," Torrence explains, "so when they asked me if I wanted to do my own solo show, I thought it'd be cool to see how far I could take that theme. I made a list of both all the properties that I thought could conceivably fit, and then stuff that I had always wanted to do illustrations of. Thankfully there was a lot of crossover."

The series covers a wide range of movies, from action flicks like Aliens to horror films like Carrie. All are rendered in Torrence's trademark cutesy style. Some are even animated, giving you a whole new appreciation for Raiders of the Lost Ark.

The gallery pieces also come in all shapes and sizes — by far the biggest is a 9-foot-long rendition of the train from Snowpiercer, which details each car in adorably excruciating detail.

"I had seen it earlier in the year and I kept thinking about it, and then I thought how rad it would be if I showed the entire train on one big panoramic print," says Torrence. "I didn't think it'd be as big as it was, but when I sketched it all out, it came out to like 12 feet. I talked with my framer who said the longest he could go was 9.5, so I whittled it down and then started doing really rough illustrations of each train compartment and then going back over each one, adding more and more detail."

The showcase is still ongoing at Gallery88's East gallery in Los Angeles, and if you're quick you can still grab one of the remaining prints. As for Torrence, this is unlikely to be his last foray into the world of pop culture art.

"I like doing fun, whimsical stuff," he says, "and so it's cool when I get the chance to meld that with my favorite movies or TV shows or whatever." 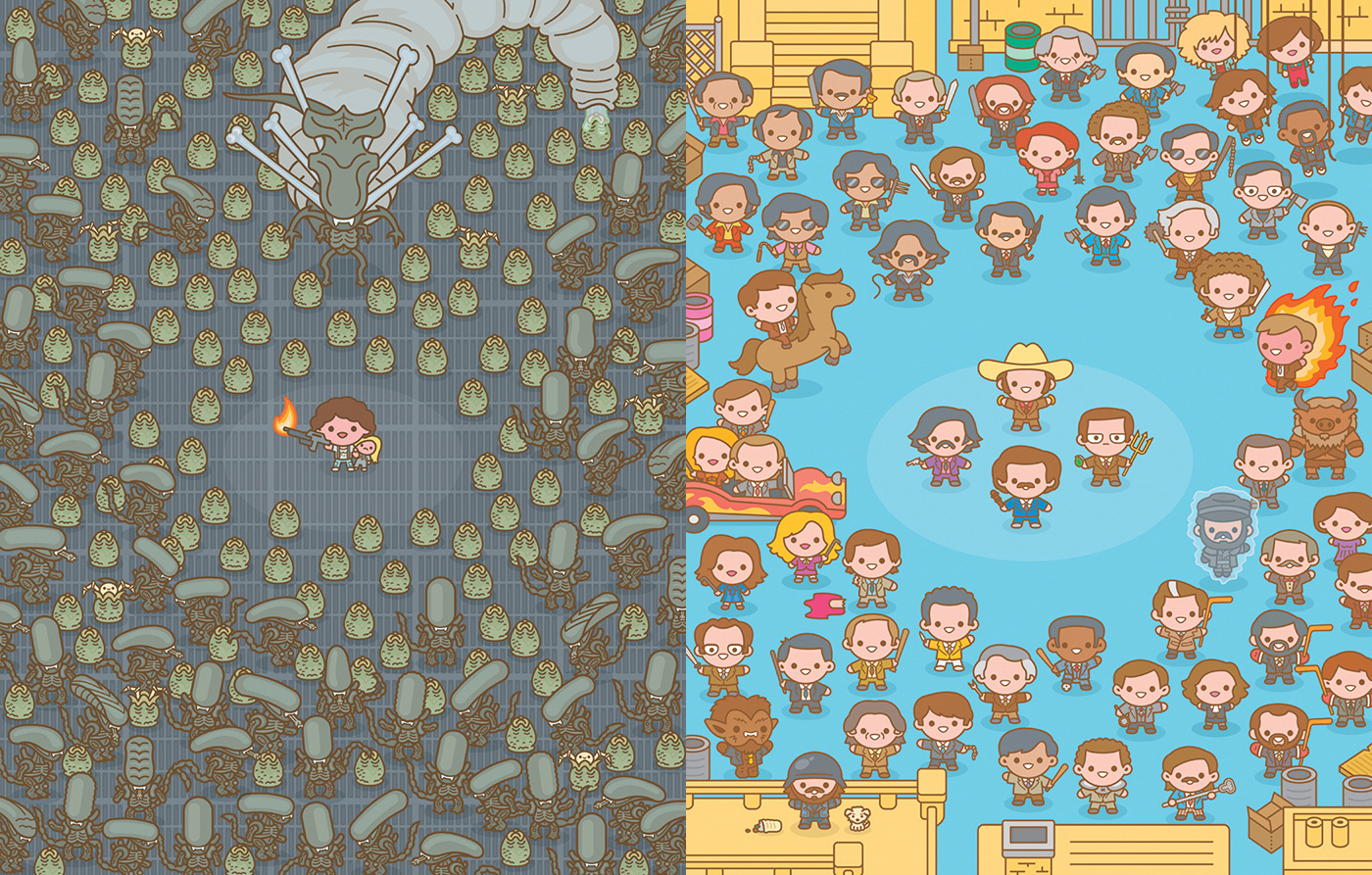 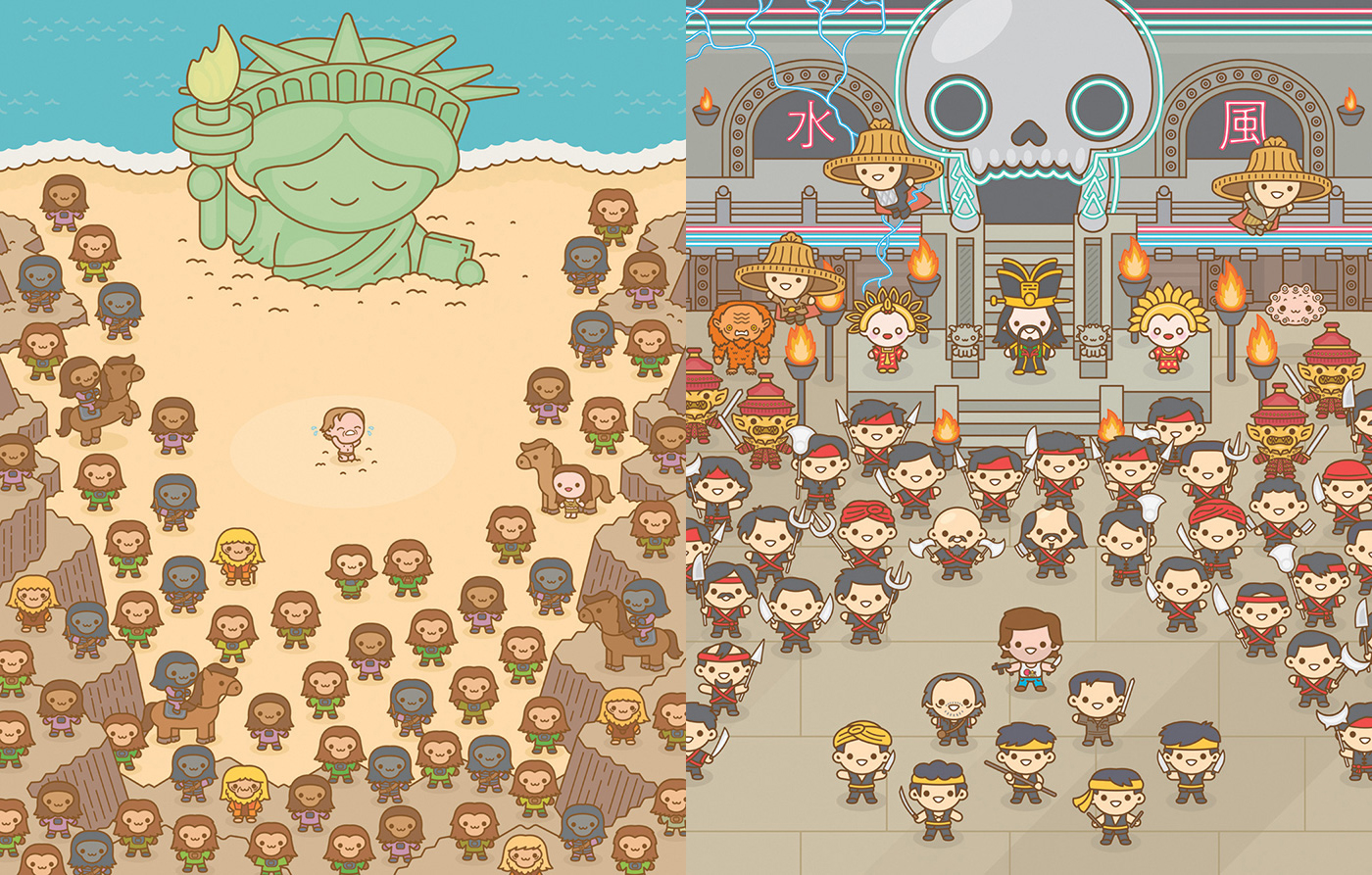 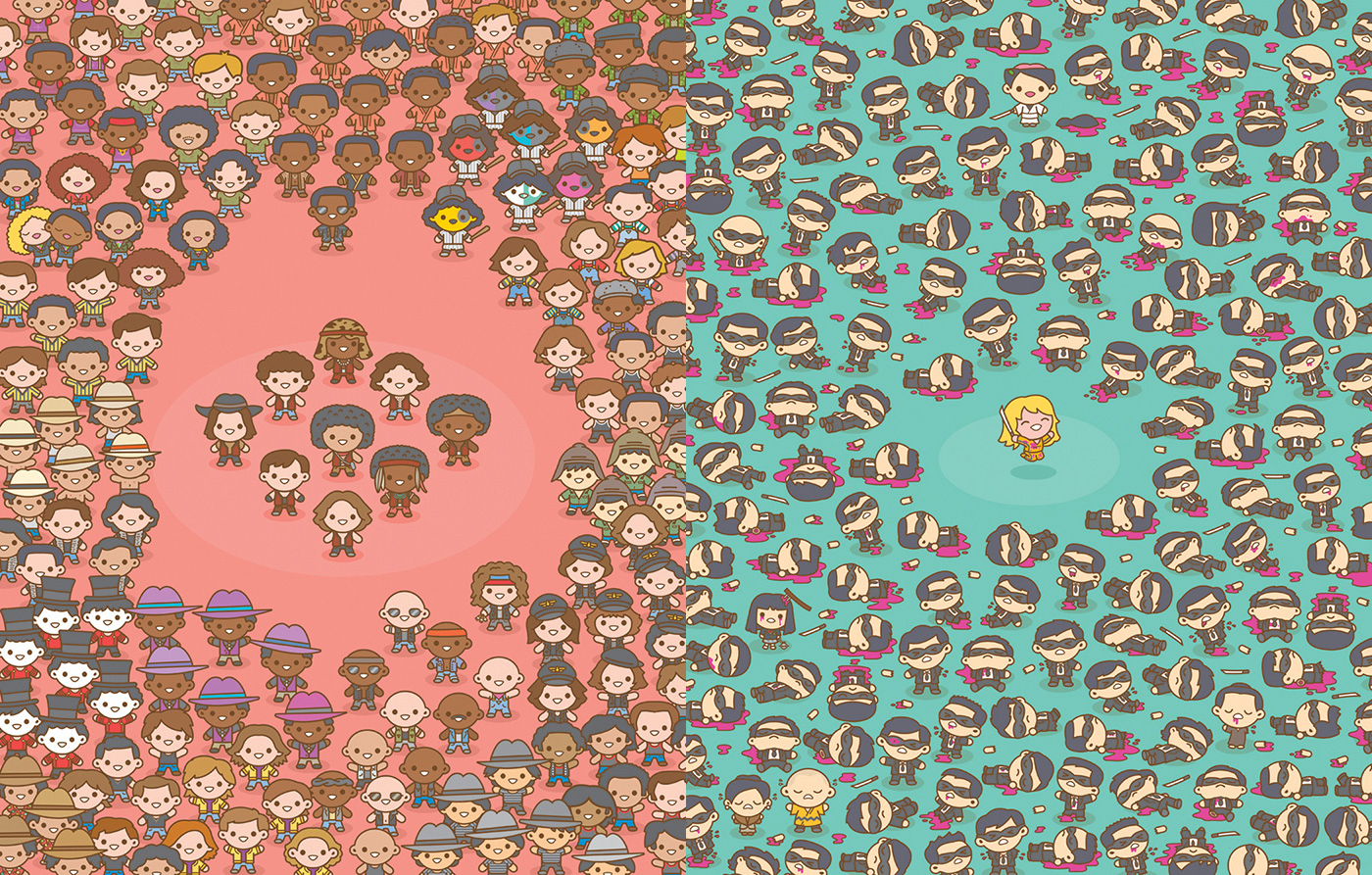