And the future’s looking pretty great

Share All sharing options for: Dell’s XPS 13 is a look at the future of laptops

The perfect portable computer is something we’ve been chasing for decades. Ideally, it’s an exceptionally light, incredibly thin computer that can fit comfortably on our lap and slip into a shoulder bag. It should easily last all day or more without needing to be plugged in. It needs to be powerful enough to justify carrying it around instead of just getting everything done with an even more portable smartphone or tablet. It really ought to look good, too. Oh, and could you put a flat-out gorgeous 13-inch screen on it too, please, without making it feel big? Thanks. No pressure.

Dell’s new XPS 13 is just the latest laptop that promises to check all those boxes. It’s technically a 13-inch computer thanks to its 13.3-inch display, but it’s the size of a typical 11-inch computer. Dell boasts that it’s the “smallest 13-inch laptop on the planet,” and sure enough, it has a significantly smaller footprint than the 13-inch MacBook Air and other 13-inch computers.

The XPS 13 starts at $799 and comes in two configurations: a standard non-touch model with a 1080p screen and a full-touch version with a 3200 x 1800 pixel panel. Both versions have what Dell is calling an “infinity display,” which really means a screen with very small borders around it, enabling Dell to put a larger display in a smaller package.

I’ve never been a fan of 11-inch computers: while they are certainly more compact and portable than their 13-inch counterparts, the compromises you have to make in terms of screen real-estate and keyboard comfort aren’t usually worth it. But a computer with a 13-inch display and the footprint of an 11-inch model? Count me in. That’s exactly what Dell’s promising with the XPS 13, and for the most part, it pulls it off. I’ve been using the touchscreen model (which is available for a steep $500 premium) for a few weeks, and I’m pretty sure that this is a look at the future of all laptops. But, sadly, only a look.

Jamming a larger display in a smaller frame is such a good idea that it’s hard to understand why it took laptop makers this long to get around to really trying it. It makes the computer easier to carry, easier to balance on your lap or a tight airplane tray table, easier to slip into a normal-sized bag, and just generally makes traveling with the XPS 13 more pleasant than with larger computers. But you don’t lose any screen real-estate compared to Apple’s 13-inch MacBook Air, even though the XPS 13 is 23 percent smaller according to Dell’s measurements. If other laptop makers take anything away from the XPS 13, it should be this.

The actual display itself is very bright — I typically left it at 20-30 percent brightness while working — and has great viewing angles. The touchscreen model is packed with pixels (3200 x 1800), but even if you don’t fork over the premium for that, the standard 1080p screen is plenty hi-res. Windows 8.1’s default scaling on the Quad HD panel makes icons and screen elements way too big, but adjusting it one step down and will bring more usable real-estate back. It’s really quite a nice display, and Dell should be proud of it.

While there have been countless computers that have mimicked Apple’s MacBook Air design, the XPS 13 manages to incorporate an aluminum finish and a wedge shape without looking like something that rolled out of Cupertino. It’s an attractive computer, its finish is darker than the light silver Apple uses, and it’s complemented by a contrasting black deck for the keyboard and trackpad. The deck has a soft-touch finish, which is more pleasing to rest your hands on than bare metal, and it manages to hide finger grease and smudges better than cheaper plastic materials.

You can split hairs all you want on whether or not the Dell is thinner than other ultrabooks or the MacBook Air, but it’s more than thin enough to be super portable. Its 9mm-thick frame slips into my bag with ease, and that’s really all I care about. The touchscreen model’s 2.8lb weight is also plenty portable.

The only thing that Dell didn’t really sort out with the XPS 13 is where to put the webcam: it’s located in the lower left corner of the display, which makes for unflattering up-the-nose angles during video calls. Additionally, my fingers consistently block the camera whenever I type during a video call, which is annoying to both parties. I would have forgiven Dell if it added a few millimeters to the border at the top of the screen to accommodate the camera in the proper location.

Despite the trimmed-down frame, the XPS 13 still has two USB 3.0 ports, a full-size SD card slot (which Apple frustratingly omits on its 11-inch computers), and a mini Display Port. Make no mistake, the XPS 13 is a real computer, not a stripped-down substitute for one. It also has a convenient button and strip of LED lights to check its battery level without powering the computer on. The only thing I find missing is an HDMI port, though there are many computers in this size range that lack that as well. (Dell is selling an optional adapter that plugs into a USB port on the XPS 13 and adds HDMI, Ethernet, and VGA ports, but it’s significantly larger than a basic Display Port adapter.) The side-mounted speakers are also really impressive; they are louder and fuller sounding than the speakers on the vast majority of other ultrabooks.

Typing on the XPS 13’s shrunken keyboard is a pleasant experience — the backspace key is smaller than normal, but most other keys appear to be normal-sized. Dell also managed to put in backlighting, making it much easier to continue using the XPS 13 once the cabin lights have dimmed on that cross-country red-eye flight. It’s a good keyboard.

Unfortunately, I can’t say the same for the XPS 13’s trackpad, which probably won’t surprise anyone. It’s a large, clickable Microsoft Precision trackpad, with a soft finish over glass. But like virtually every other trackpad on Windows laptops, it’s fraught with poor software and drivers. Two-finger scrolling is very unpredictable: sometimes it will work just fine, other times it won’t respond, no matter what I do. The cursor will also jump across the screen at random times while I’m typing, and it’s far too easy to activate clicks while my fingers are on the keys. It’s 2015; I shouldn’t have to plug an external mouse into laptops anymore, but that’s exactly what I did with the XPS 13 after a few frustrating hours with the trackpad.

Trackpad performance is hit or miss

For software, the XPS 13 comes with Windows 8.1 out of the box, and there’s no reason that it won’t be upgradeable to Windows 10 when that’s released. It’s refreshingly devoid of most bloatware — the only really annoying thing on it is a McAfee antivirus trial.

The last components to making a great portable computer are making sure it’s powerful enough to warrant carrying it around and making it last all day without needing to be recharged. The XPS 13 hits on one of these points and fails pretty spectacularly on the other. The Core i5 processor and 8GB of RAM (available in the touchscreen model, the base version comes with 4GB and a slower Core i3 chip) are plenty powerful enough for most tasks you can throw at the XPS 13, save for gaming. Even resource-intensive programs like Chrome and Photoshop don’t have any issues running on the XPS 13, and I was easily able to integrate it into my workflow with few adjustments. Unsurprisingly, none of the internal components are easily upgradeable, but fortunately they are specced well enough that most people won’t be looking for more power.

Battery life, on the other hand, is a different story. Dell claims 15 hours of life from the base model and 11 hours from the touchscreen version. In my experience, the XPS 13 reached nothing of the sort, barely hitting the halfway point on Dell’s estimate. In our battery rundown test, different from Dell’s, the touchscreen model lasted for 6 hours and 40 minutes before giving up the ghost. But more problematic was my everyday experience, where the same touchscreen unit would always need to be charged halfway through my work day. In the weeks I used the XPS 13, never did it exceed six hours without needing to be plugged in. When other computers are easily lasting 11 to 13 hours before needing a charge, the XPS 13’s performance is downright disappointing. Dell will happily sell you an external battery pack for $119.99 that lets you recharge your laptop (or your cellphone, via USB) on the go, but even with that, I couldn’t go a full 10 hours without having to plug back in.

If there’s something to take away from the XPS 13, it’s that the future of ultra portable laptops looks pretty great. There’s no doubt that other laptop makers will likely be swift to incorporate some of the ideas Dell used here, especially the minuscule borders around the display that enable a larger screen in a smaller body. Rumors have it that Apple will release a completely redesigned MacBook Air this year, and it’s hard to believe that Apple won’t pull off similar tricks with its dimensions as this Dell.

As for the XPS 13 itself, its battery life issues and poor trackpad make it tough to recommend over other options, even with its ultra efficient design. Too many other computers do so much better in those respects that I can’t ignore them on the Dell.

But after years of seeing clumsy tablet-laptop hybrids and other ill-conceived designs, we’ve moved into the post-post-PC world now, and it’s clear the PC is back. The XPS 13 is one of the first exciting designs to arrive in this world, but it certainly won’t be the last. Buckle up, the laptop renaissance is just getting started. 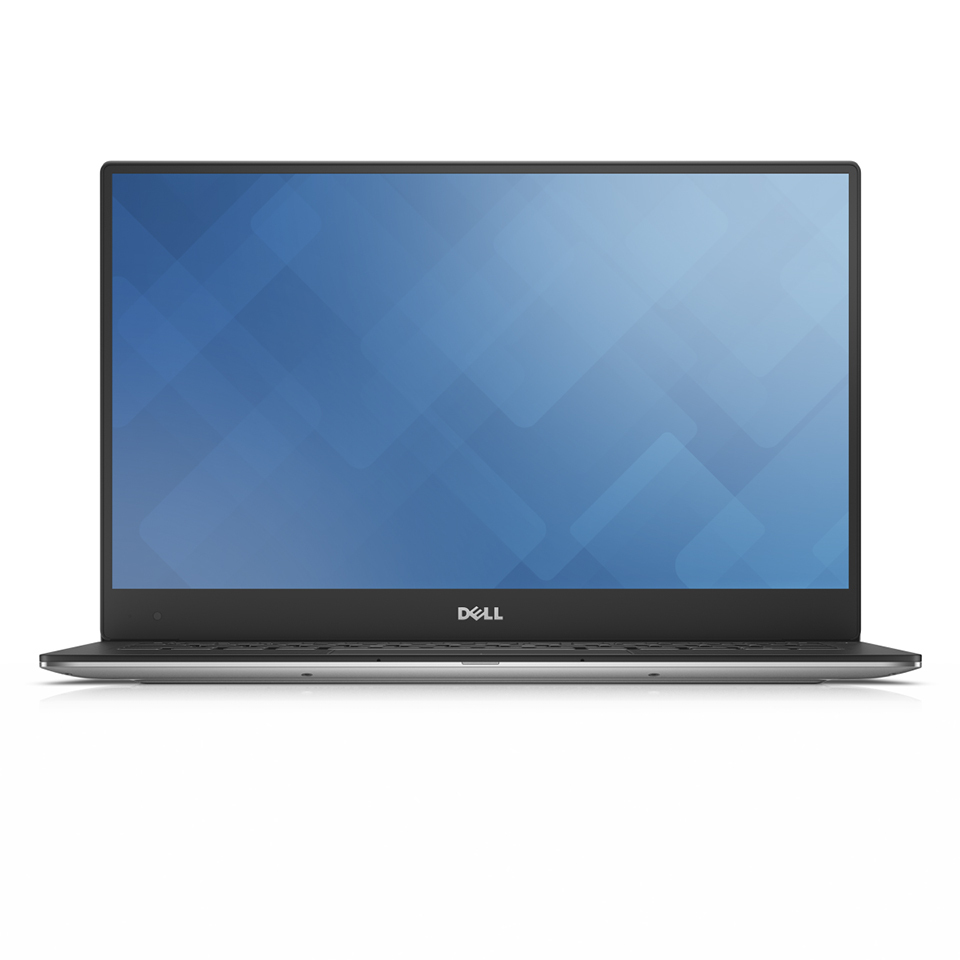