There are two things you should know before buying a TV in 2015: you should only buy a 4K TV, and there is barely any 4K content you can watch on it right now. That sounds insane, but right now insanity is the best option for a TV shopper. I’ve been testing the various ways TV manufacturers — especially Vizio — have been trying to deal with the madness. The most insane thing of all: it can actually work.

When you go into your local Best Buy and look at the 4K TVs on display with their extreme saturation and brightness cranked up to sun-like levels, it’s more important than ever to remember that when you get home, your TV will probably look nothing like that. It’s not just the ridiculous settings the store uses; it’s the 4K content itself.

Most of the 4K content playing on those TVs isn’t being streamed — the way you will watch your 4K content for the foreseeable future —  and is instead running off of a USB stick plugged into the back of the TV. Content playing off local storage will always look better than the same thing being streamed over the internet, and right now your only real options for local 4K playback involve ridiculous $300 boxes from Samsung or Sony. It all means buying a 4K TV isn’t as easy as buying an HDTV, or any TV before it. 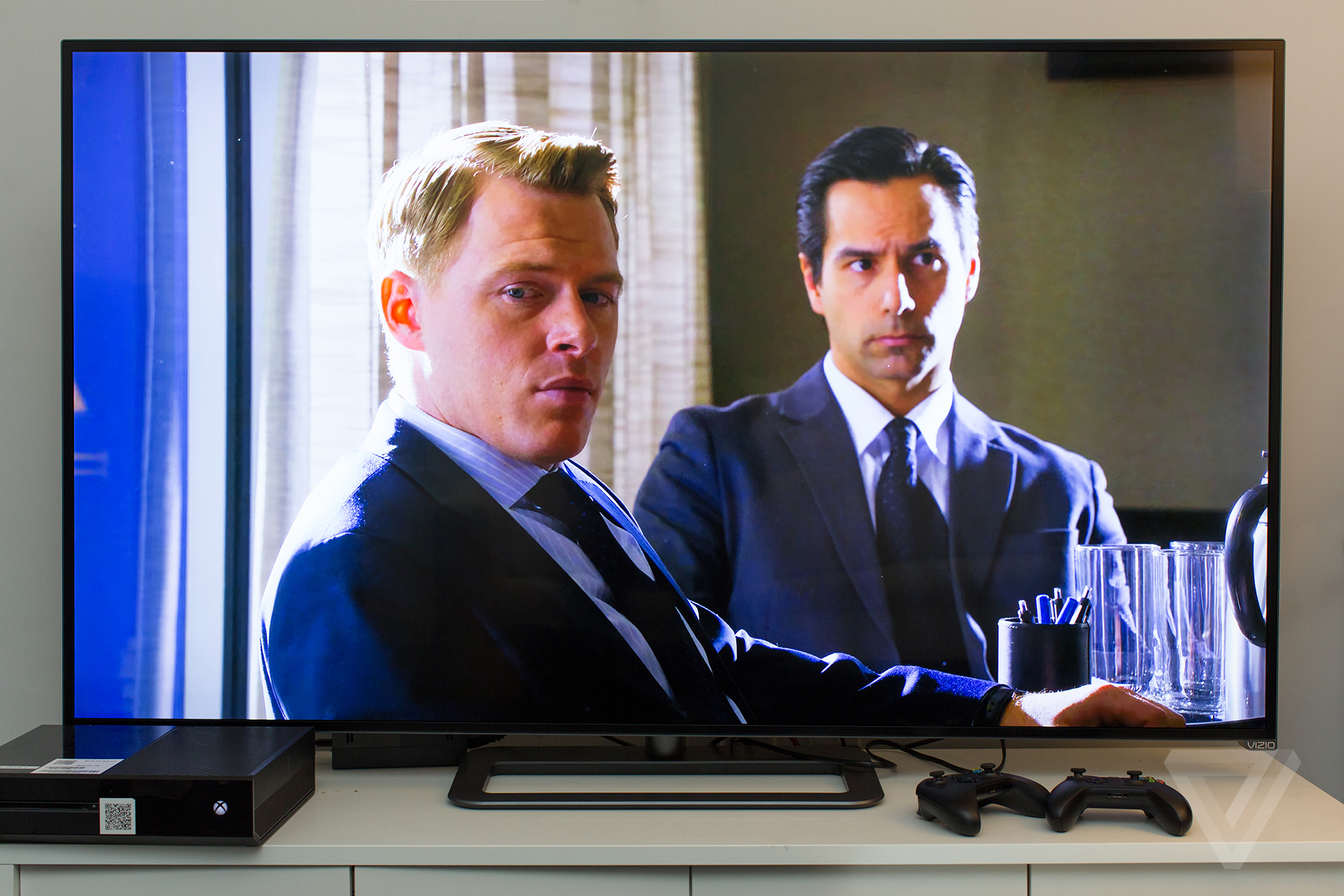 The good news is that most of those 4K TVs look great and are much cheaper than they used to be. In the last year, the price of 4K TVs has dropped dramatically — just like the price of HDTVs did over a decade ago — with top-tier manufacturers like LG, Samsung, and Vizio offering 4K TVs under $1,000. But when HDTVs became affordable in the mid-2000s, there was something to watch. There were Blu-rays and HD DVDs, and channels had already begun broadcasting in HD. Super Bowl XXXIV was broadcast in HD way back in 2000.

The 4K TVs are here, but the content isn’t

Years ago, when you brought your brand new HDTV home, there was a fully functioning ecosystem for you to plug into. That ecosystem doesn’t exist for 4K TVs. Physical media isn’t ready and channels won’t broadcast in 4K for some time. Streaming services like Netflix — which has the best, albeit still limited, library of 4K content — and Amazon Prime Video are adding 4K content as fast as possible, but you could probably watch all the available 4K content on those services in two weeks if you were committed.

Even so, you should still buy a 4K TV, because future-proofing is the name of the game. This isn’t a phone or a tablet that you will replace in two to three years. TV sets are replaced every eight years in the US. Even with the slow progression of 4K content, physical media and channels will have their 4K content ready to go long before 2023 comes around. That means if you’re looking to buy a new TV, 4K is the way to go. And right now one of the best options is Vizio’s P-Series.

When it comes to affordable, high-quality TVs, Vizio has been leading the way for some time, and the P-Series is no different. Starting at $799 for the 50-inch model and going all the way up to $2,499 for the 70-inch variation, the Vizio P-Series is one of the most affordable lines of 4K TVs on the market. I tested the 65-inch model, which will cost you $2,199 — a price that is still slightly unbelievable, given the sky-high price points of 4K TVs this time last year. Still, it has all of the features you would expect from a quality 4K TV: incredibly thin bezels, 5 HDMI ports, a 240Hz refresh rate, high-speed Wi-Fi (802.11ac), and the requisite Netflix, YouTube, and Hulu Plus apps.

The picture quality on the P-Series is terrific — 4K content looks amazing, with great color balance and good black levels. Where the P-Series falls flat is its user interface; Vizio’s UI is awful. Compared to Samsung's and LG’s WebOS-based UIs, Vizio’s is borderline offensive. Aesthetically, it needs a ton of work, and its only saving grace is that you can jump directly into Netflix, Amazon, and iHeartRadio via dedicated buttons on the remote. 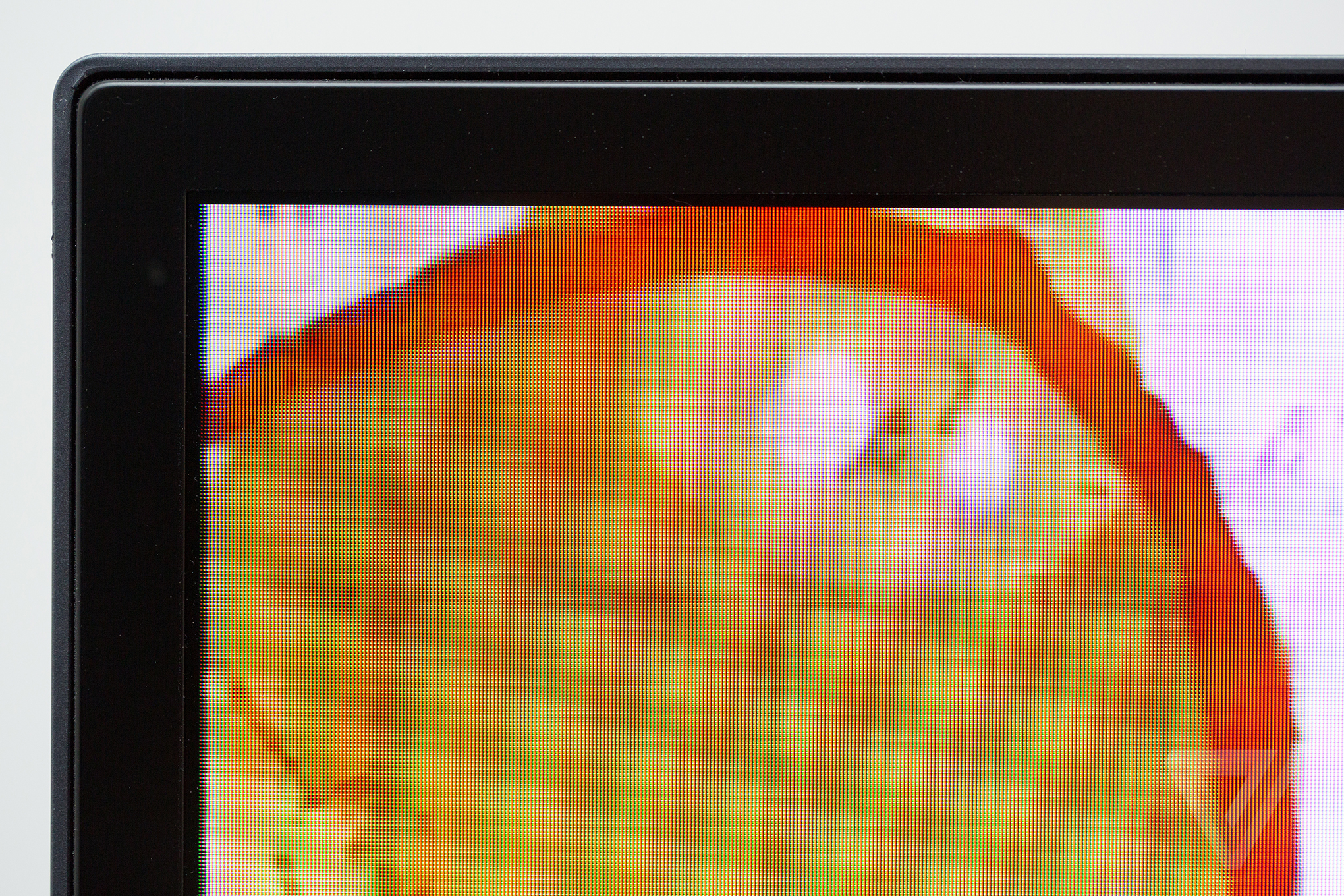 As good as local 4K looks on this Vizio, the real limiting factor on picture quality depends more on your internet connection than the actual panel. Netflix’s 4K content worked well during our testing for the most part, but there were times when the stream of The Blacklist was reduced to 1080p. But thanks to the higher resolution of 4K TVs and the low resolution in which TV channels are still broadcast in, there’s a new feature to consider: upscaling.

Vizio's upscaling engine is one of the best I've seen

To upscale HD content to 4K, a TV must double the pixels, replicating the data to form a seamless image. Manufacturers create their own upscaling engine using algorithms and processors to make their upscaled content distinct from the competition — usually with ridiculous names to go along with it (Sony has its 4K X-Reality PRO engine, while LG’s upscaling engine is dubbed the Tru-4K Engine Pro) — and Vizio’s Spatial Scaling Engine is one of the best 4K upscaling engines I’ve seen so far.

Detail and color reproduction were flawless when the P-Series upscaled 1080p content to 4K. We played 4K versions of The Blacklist and Breaking Bad, and then again in 1080p, and a number of Verge staffers couldn’t tell the difference. That’s not a common occurrence with 4K TVs, especially those in this price range. This is mostly due to the V6 six-core processor Vizio has put in the P-Series. It’s a two-chip solution that powers the upscaling engine using a quad-core GPU and a dual-core CPU. Just like every other TV manufacturer who talks about their upscaling engine, Vizio says it is improving the picture as they upscale, but this time it’s undeniably true.

"Our competition is trying to do this in a single chip, and when you try to do it in a single chip it becomes overwhelming, depending on the content and what you’re trying to achieve in terms of picture," says James Kittle, an engineer at Vizio. "That’s why we’ve gone with the two-chip combo, so we can make sure we’re not just scaling, but we’re also fine-tuning the picture quality as we do the upscale."

As someone who owns a 4K TV (a Samsung), I have personal experience with the benefits and pains of upscaling. For streaming 1080p content and for channels that are broadcast in 1080i like NBC, CBS, and HBO, upscaling is wonderful and can bring HD video nearly parallel with 4K content, but flaws like artifacts and ghosting still happen from time to time. While ghosting did occur a couple times while watching Netflix in 4K on the P-Series, those mistakes were fewer and further between, and they happened much less frequently than I’ve seen on comparable 4K TVs in real-world use. 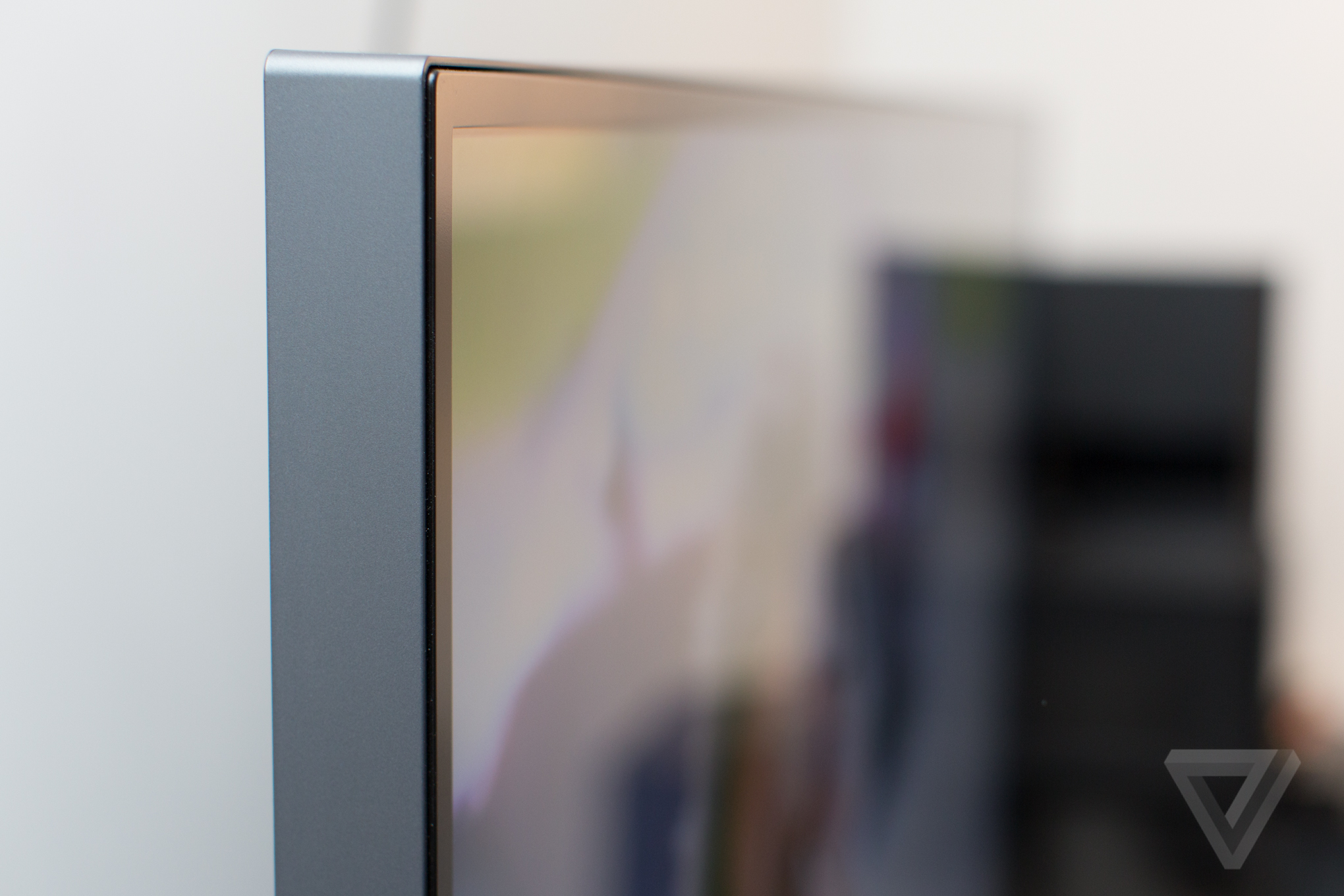 But when it comes to upscaling 720p content — which is still broadcast by FOX, ESPN, and ABC — to 4K levels, the flaws of upscaling engines from every manufacturer begin to really show themselves. When you upscale 720p content to 4K, it just doesn’t look great. An argument could be made that 720p content looks better on 1080p TVs than on 4K TVs. And this isn’t limited to Vizio — 720p content doesn’t look particularly great on 4K TVs made by any manufacturer. With ESPN and FOX still broadcasting in 720p, watching sports on your 4K TV can be less than spectacular.

Upscaling Still has its faults

Let’s be clear, upscaled 720p content on a 4K TV still looks good. But when you’re constantly switching between watching something in 4K and content upscaled from 720p, the drop-off is impossible to ignore. The transition from 480p to 1080p was a much bigger shift in picture quality, but by the time most people purchased HDTVs, channels were already broadcasting in HD, Blu-ray players were available, and game consoles could be played in HD. That isn’t the case with 4K. The TVs are here, but the content isn’t.

Even in 2015, 4K TVs are still an investment, one that will net you a big return in the next couple years, as more content becomes available. But right now it’s still a waiting game — waiting for the content, waiting for 4K Blu-rays to hit shelves, and waiting for channels to update their broadcast signals to the new 4K standards. But if you’re tired of waiting, Vizio has built a TV that makes the transition period less painful.