There are a lot of things that The Order: 1886, a new exclusive for the PS4, does differently than its contemporaries. It has some incredibly long cut-scenes — you'll regularly go 10 minutes or more without actually pushing a button — and many of the pivotal action moments are reduced to quick time events, those dull sequences where you have to hit a specific button at just the right time in order to escape unscathed. It also doesn't have multiplayer or, really, any kind of online component. It's brutish and short, and it takes place in a cramped world that pushes you along instead of inviting you to explore its intricacies.

It's been a long time since I played a game like this. And I forgot how amazing it can be. 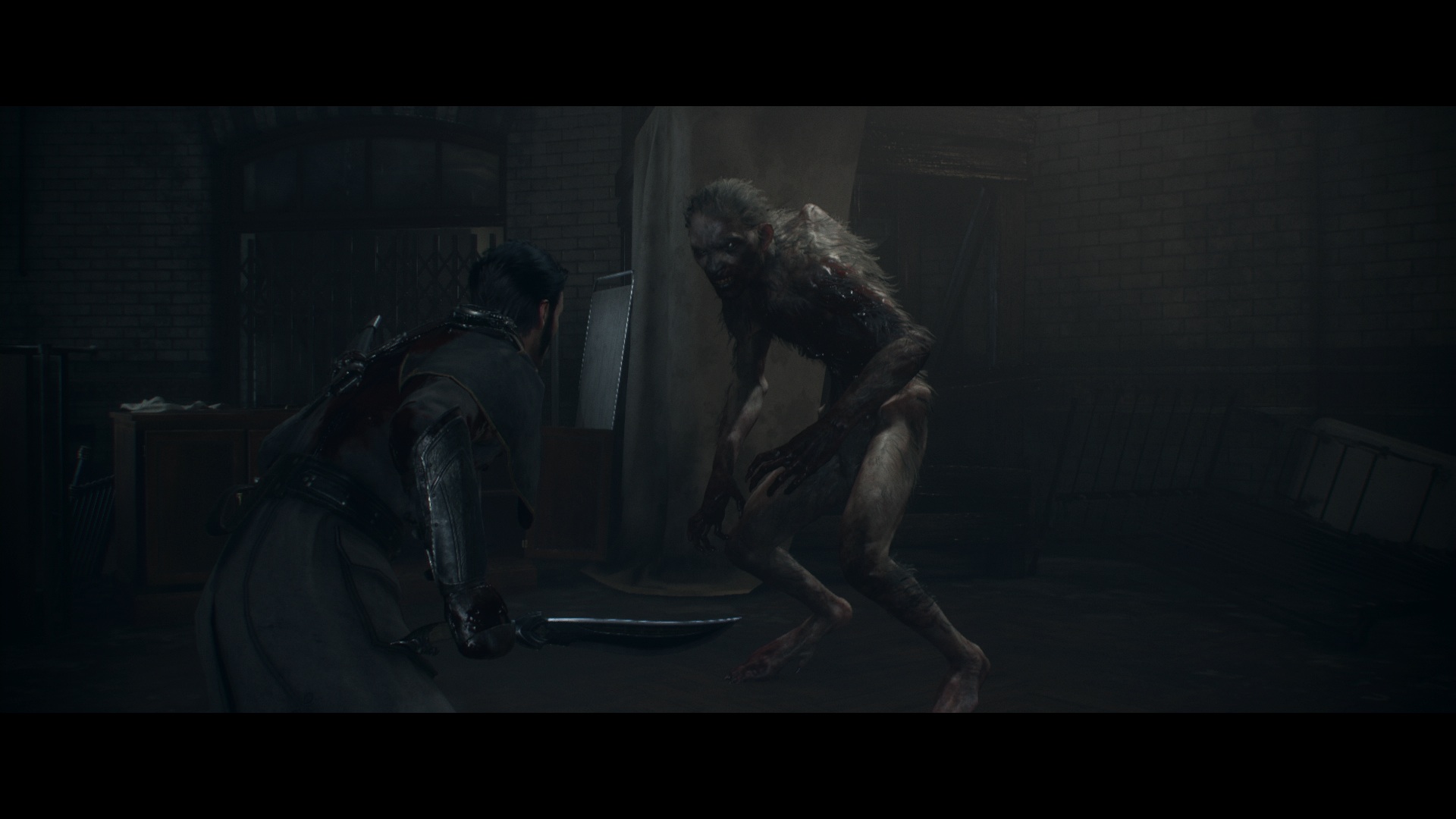 The Order takes place in a steampunk rendition of Victorian London, a world where both werewolves and the Knights of the Roundtable exist and have been fighting each other for centuries. At the outset of the game, the werewolf threat has grown, seemingly aided by a group of human rebels, and London finds itself besieged by the monsters. At the center of all of this is Sir Galahad, a centuries-old knight who finds himself pulled into a conspiracy involving everything from magic water to a young Nikola Tesla.

The story is predictable, but fun in a ridiculous, Underworld kind of way (there’s a good chance you can guess the major plot twist right now, without even playing). It's hard not to be charmed by a game where Tesla builds you futuristic electric guns in order to fight men who turn into wolves.

So much of the game is designed simply to tell you its story that, at times, The Order proceeds like an interactive movie, where you merely have to push a few buttons to keep the film rolling. Most of The Order's appeal lies in its narrative and world, and if you're not charmed by either, there isn't a lot for you here.

The focus on cut-scenes is a peculiar choice for a showcase PS4 game. The technique was prevalent during the early days of 3D, when pre-rendered sequences looked a whole lot better than in-game graphics, and gave games like Final Fantasy VII and Metal Gear Solid an unprecedented cinematic feel. And while cut-scenes have fallen out of favor as graphics improved and new storytelling techniques emerged, The Order has some of the best examples of in-game cinematics that I've ever seen — even if they can run a bit long. I never found myself looking for a way to skip past any of them.

What's most impressive about the game, though, isn't the story itself, but the world it takes place in. Steampunk Victorian London isn't the most unique setting, but The Order has such a level of depth and detail that the fictional setting feels lived in. The designers at Ready at Dawn put a good deal of effort into making a believable rendition of London, and it shows in everything from the uniforms the knights wear to the buildings you explore. Every object and place feels like it has a weight to it and a history behind it. You can pick up a newspaper on a table and read the front page, and when you get a cool new gadget or gun, you can turn it over in your hand, examining every fine detail.

The Order is arguably the best-looking console game released to date. The game is decadent in its details. I wasted nearly 20 minutes touring Tesla's lab and ogling the various half-finished projects and tools littering his workbenches. A zoom button allows you to see the details up close, and there is virtually no clutter on the screen to get in the way of the beautiful, dark scenery — not even an on-screen map. It looks so good, and so realistic, that at one point my wife walked into the room while I was playing and asked if I was watching the BBC drama Ripper Street without her. 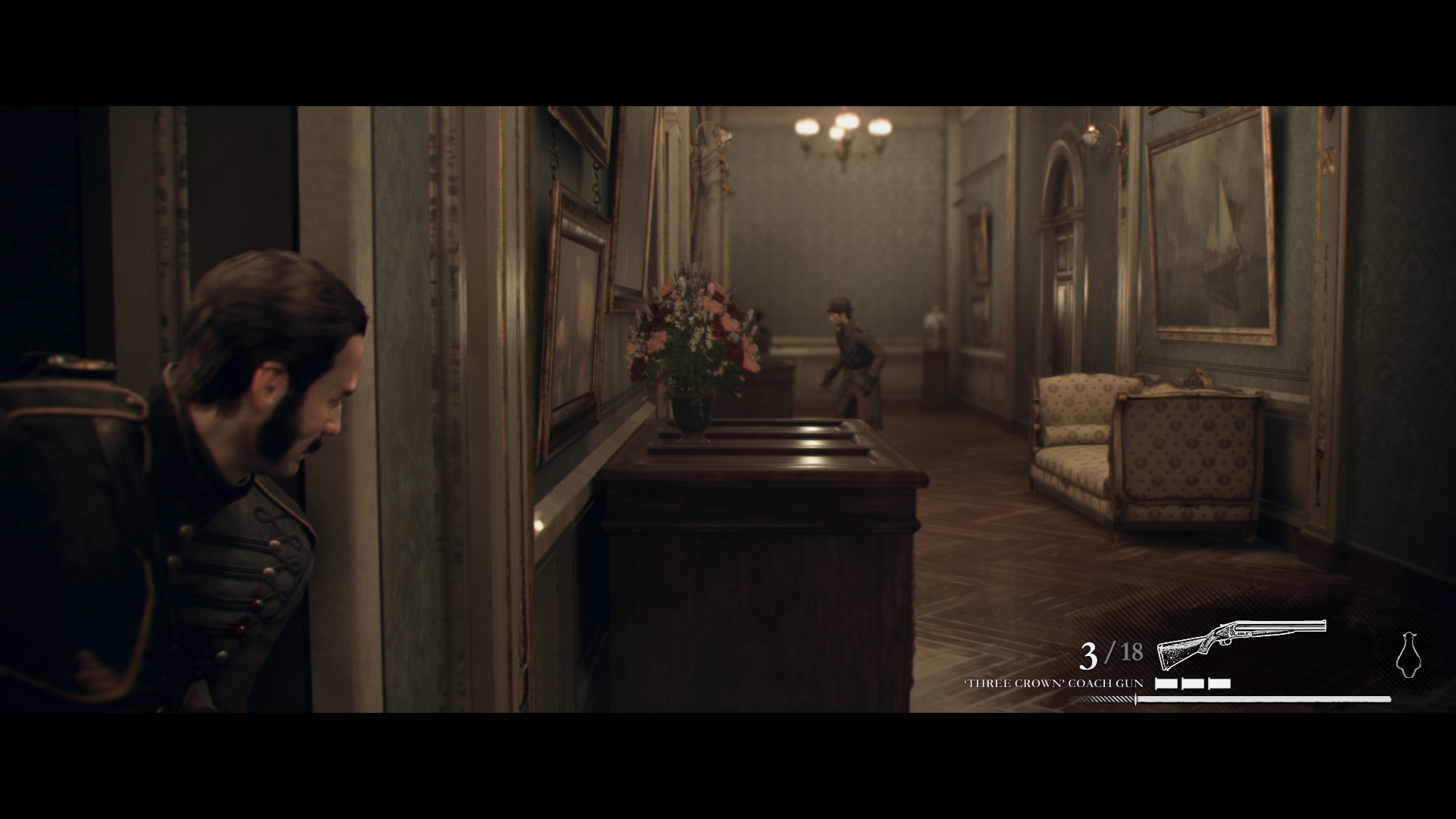 These features are especially important because, as an action game, The Order isn't especially notable; it's fun, but in no way remarkable. When you're not watching a cut-scene, most of your time is spent in firefights, hiding behind cover. The guns have a heft to them that feels good, and you get a lot of cool weapons to mess around with, but there’s nothing here that you haven’t seen in other third-person action games.

The Order is an especially brutal game. You kill a lot of people in shootouts, but the one-on-one combat is particularly gruesome. There are moments when you have to sneak around undetected, killing guards by silently plunging a knife into their necks, and other times where you'll stab a werewolf into a bloody mess repeatedly, until it finally dies. One of the very first things you do in the game is drown someone by tapping the X button.

This game gives me something I forgot I was even missing

Outside of the traditional combat, the game's overuse of quick time events can be frustrating: some of the key moments, including the final boss battle, are reduced to mini games where you have to tap a button at a specific time. They're more about memorization than anything else. (The final battle is also nearly identical to one found in one of the game's earliest chapters.) For a game with some impressive showcase moments — you do everything from downing a giant airship to getting in a knife fight with a towering werewolf — it's disappointing that many of these moments are so passive.

But I'm able to look past much of these issues for one key reason: The Order gives me something I forgot I was even missing. Blockbuster games have been getting bigger for a long time, to the point where now virtually every new release is an open world, teeming with different places to explore and side quests to take on.

I spent much of last year on these adventures, venturing everywhere from Mordor and Sunset City, to Los Santos and a near-future Chicago, searching out every tiny detail. It sometimes could be exhausting. The overwhelming number of options in these games turned them into huge toy boxes that, in most cases, I knew I'd never actually finish. Just looking at the mini-map in Assassin's Creed: Unity made me tired.

The Order, on the other hand, is refreshingly linear. There are no branching paths to distract you from the main quest, and you will never find yourself getting lost — the levels are essentially funnels that keep pushing you in the right direction. But the action is so brisk that I didn't really mind. Likewise, much of the pre-release discussion of the game has centered around its length, with many decrying its relatively short play time of under 10 hours. But when most games ask for dozens of hours of your time, it can be nice when a game can be completed in a few sittings. The Order feels like a much bigger game boiled down to the essentials, a complete experience without any filler.

Open-world games aren't going anywhere, and I don't want them to, but The Order is proof that there's still a place for linear, cinematic gaming experiences. It may look like a modern game, but The Order is a throwback to some of the best releases from the PlayStation 2: games that didn’t need a massive world to tell a cool story. It turns out I really missed that.