After revealing that it would be launching new hardware and software this year and teasing an announcement with a countdown timer on its website last week, Pebble is today announcing the Pebble Time, its third-generation smartwatch. The Time features an all new design and a color e-paper display, a first for Pebble. It also has a microphone for responding to incoming messages and recording voice notes.

But Pebble isn't selling the Time directly or in stores as it has with its earlier watches, at least not yet. The Time will be available exclusively through a Kickstarter campaign, much like how Pebble funded its first smartwatch back in 2012. Early bird backers will be able to get a Time for $159, while the rest of the Kickstarter backers will get one for $179. Pebble Time will cost $199 at retail stores when it ships in May, and it will come in three colors: white, black, or red. 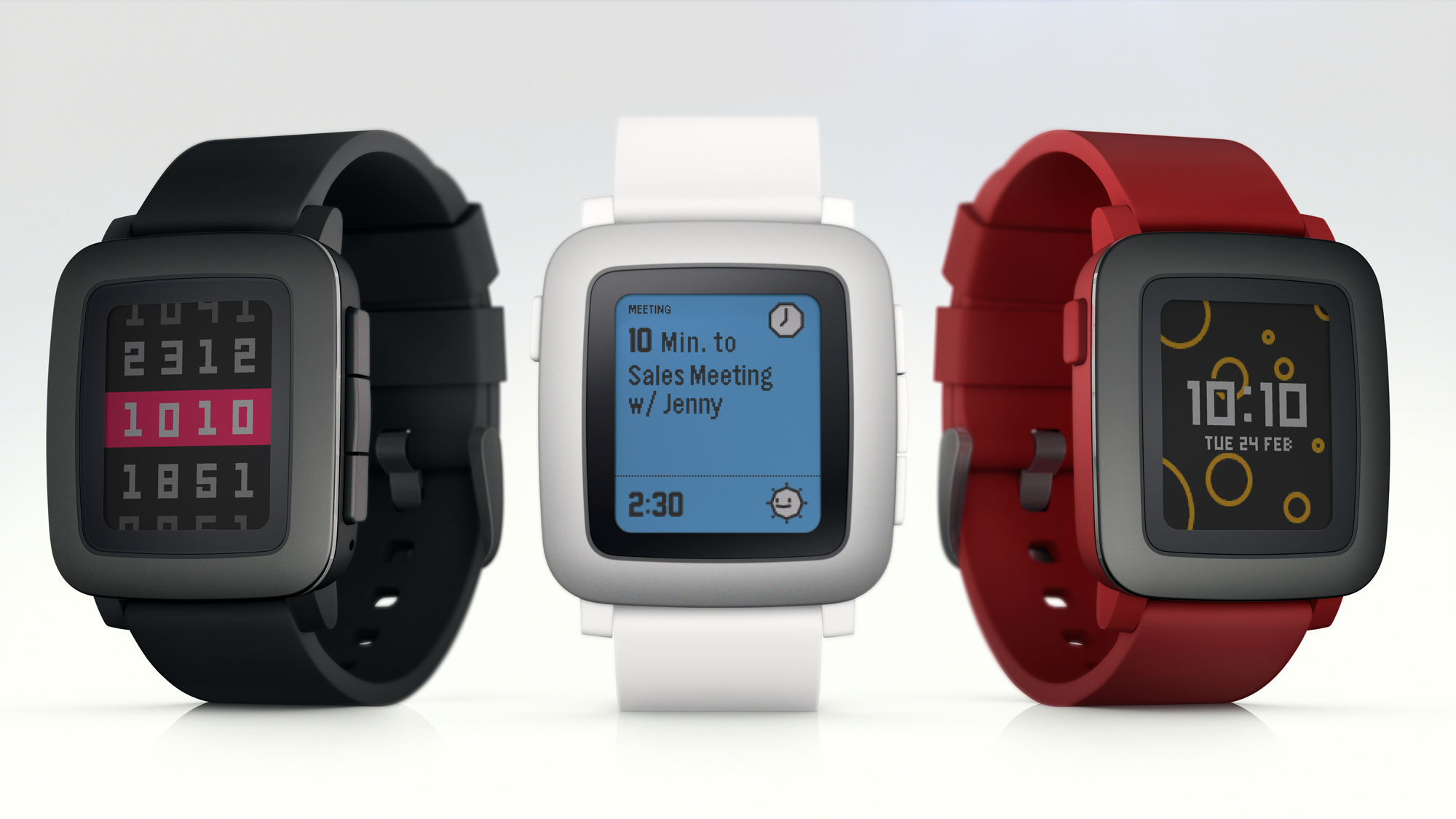 The new watch is 20 percent slimmer than Pebble's previous models, and it features a slight curve to sit more comfortably on your wrist. Its screen is covered by Gorilla Glass and a stainless steel bezel, mixing the materials used in the Pebble Steel with the plastic body from the original Pebble.

The Pebble Time is best described as playful

The design of the Pebble Time can best be described as playful: it almost looks like a Tamagotchi that you strap to your wrist. That feeling is enhanced by the 64-color display that looks more like a Game Boy Color screen than a modern smartphone display. Its colors are muted and faint, and nobody will mistake it for an Apple Watch or Galaxy Gear screen. But the screen is visible in direct sunlight and is always on, making it easy to check the time at a glance. Pebble says that the Time will still last up to seven days between charges, just like the black-and-white models that preceded it.

There's a new quick release mechanism on the standard 22mm straps that go on the Time, and the watch has a "smart accessory port," which will let third-party hardware makers create sensors and straps that connect directly to the Time itself. 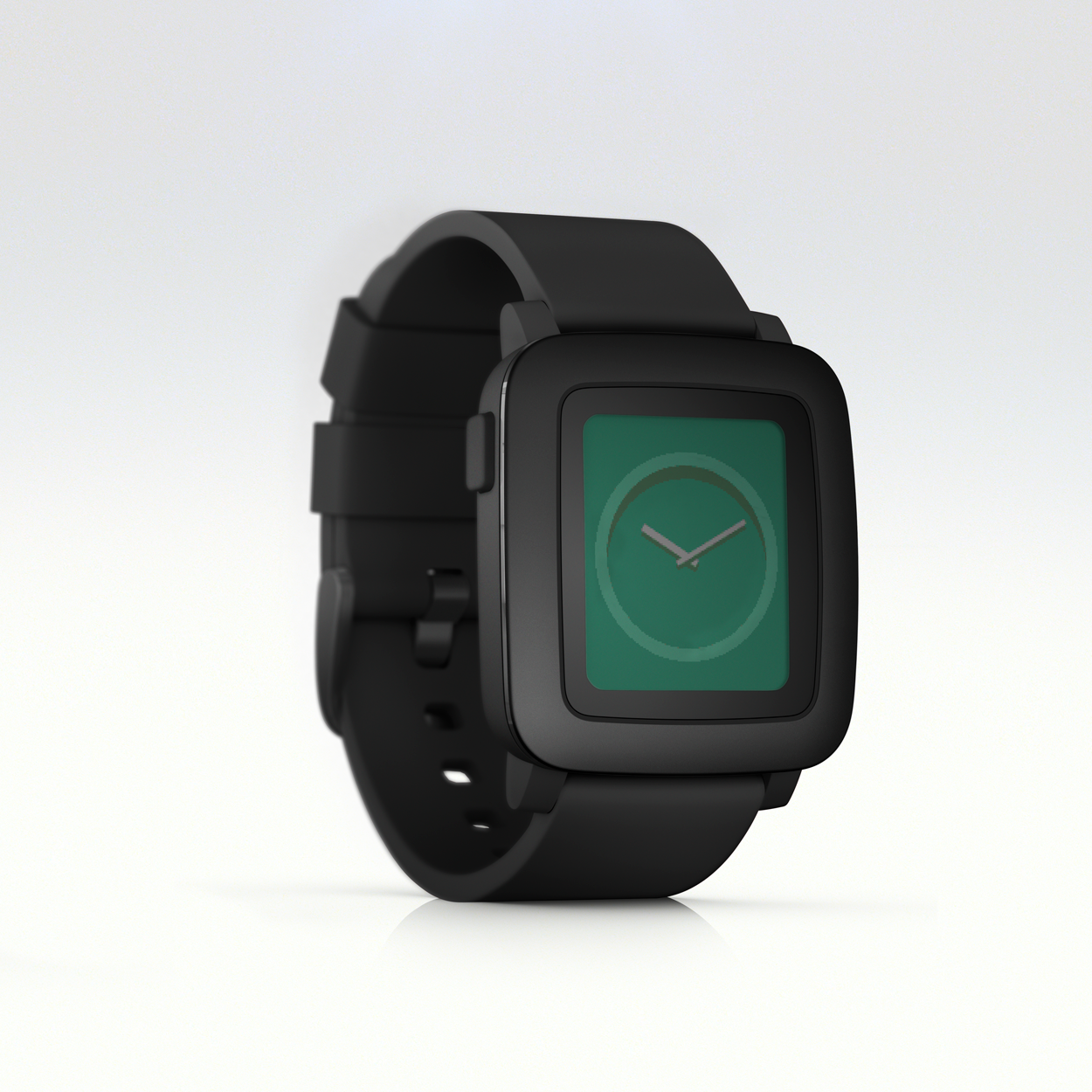 The Time's voice control features aren't nearly as ambitious or capable as Android Wear's or the Apple Watch's; they're just limited to quick message responses and voice memos. Pebble says the time is just as water resistant as its earlier models, even with the hole for the microphone.

But the new watch is just half of what Pebble's introducing today; along with the watch is a completely new software platform built around the concept of a continuous timeline. Pebble has traded the watchface-list-app paradigm of its earlier software for a continuous thread that can show upcoming events, missed notifications, contextual data, and more all in one thread. Existing watchfaces and apps will continue to work with the new timeline feature, but developers will be able to push events to the watch through a new web interface without having to build either Pebble or smartphone apps. At launch, Pebble is partnering with The Weather Channel, Jawbone, ESPN, Evernote, and Pandora to input data into the Time's timeline.

Pebble's approach to launching the Time on Kickstarter is a curious move for a company of over 130 employees that has already sold over a million smartwatches and raised almost $26 million in outside funding. Pebble clearly isn't using Kickstarter to "fund" the new watch like it did with the original Pebble. But what the Kickstarter launch does do is let the company announce its product and build interest in it months before it's ready to ship, and crucially, before Apple ships the Apple Watch.

Launching on Kickstarter is a curious move

CEO Eric Migicovsky says the company has a number of announcements to make over the next few weeks as the campaign progresses, so we'll have to wait and see what else the Pebble has up its sleeve.

Read Next: Making Time: how Pebble built its next smartwatch