Whether you've left a wallet in a cab or misplaced something at home, losing your things is a real annoyance. What's worse is that it feels like a problem we shouldn't have to deal with in the age of smart devices. Sure, sometimes you can use Find my iPhone, but what about objects that don't have smart technology inside? About a dozen companies have fashioned solutions for these items — from Tile, to Estimote, to Motorola — but none are perfect. And most of these companies still haven’t solved the biggest problems: size, range, and location accuracy.

Now, a new company called Pixie has announced a product that looks like it can take this market to the next step. It's called the Pixie Point. The Point is an always-on location tag that works over Bluetooth LE. The beacons are extremely light, measure 3.2mm thick, and look like a guitar pick blown up to two times its size.

Each beacon will last 18 months, and they are water-resistant and UV-coated to protect the radios, circuitry, and processor inside. They work up to 50 feet from your phone indoors and 150 feet outdoors — all with an accuracy of under a foot. "It's not a proximity device. We're actually measuring the distance," co-founder Ofer Friedman says.

That’s a competitive range compared to the other companies in this space, but one advantage Pixie has is that it the range extends when multiple beacons network together. It only takes two beacons within that maximum range to start creating a digital map for all your tagged items.

This is possible because the beacons themselves are able to communicate with each other, not just to your phone. "That it’s device to device communication — as opposed to device to phone only — is huge." says Amir Bassan-Eskenazi, the CEO and co-founder of Pixie. "Everything is aware of everything. That's what people told me could not be done."

While other companies offer hot-or-cold directions that just tell you if you're near a tagged item, Pixie uses this network to let you see exactly where you left it. The beacons and a phone app work together to do this in two ways. One section of the app works like a compass: once you select which Pixie point you're looking for, a circle points you in the right direction with the distance displayed in the center.

The other use is what really makes Pixie stand out: augmented reality. If you're unsure of where something tagged with a Pixie Point might be, the app can show it to you with a live view mode. Just open the app and hold the phone up, and Pixie's technology uses an 'X' to show you right where each beacon is. It’s surprisingly simple. "You look at the screen, and there it is. ‘X’ marks the spot," Bassan-Eskenazi says.

The whole experience is really impressive. Everything worked as advertised when I got to see Pixie tested in our office back in January. From 30 feet away or more, the tags we buried in the couch cushions showed right up in the app.

There’s more versatility included, too. Not only can the ecosystem let you know if you left something behind when you leave the house or the office, it can also tell you the last known location of things that are outside the maximum range. 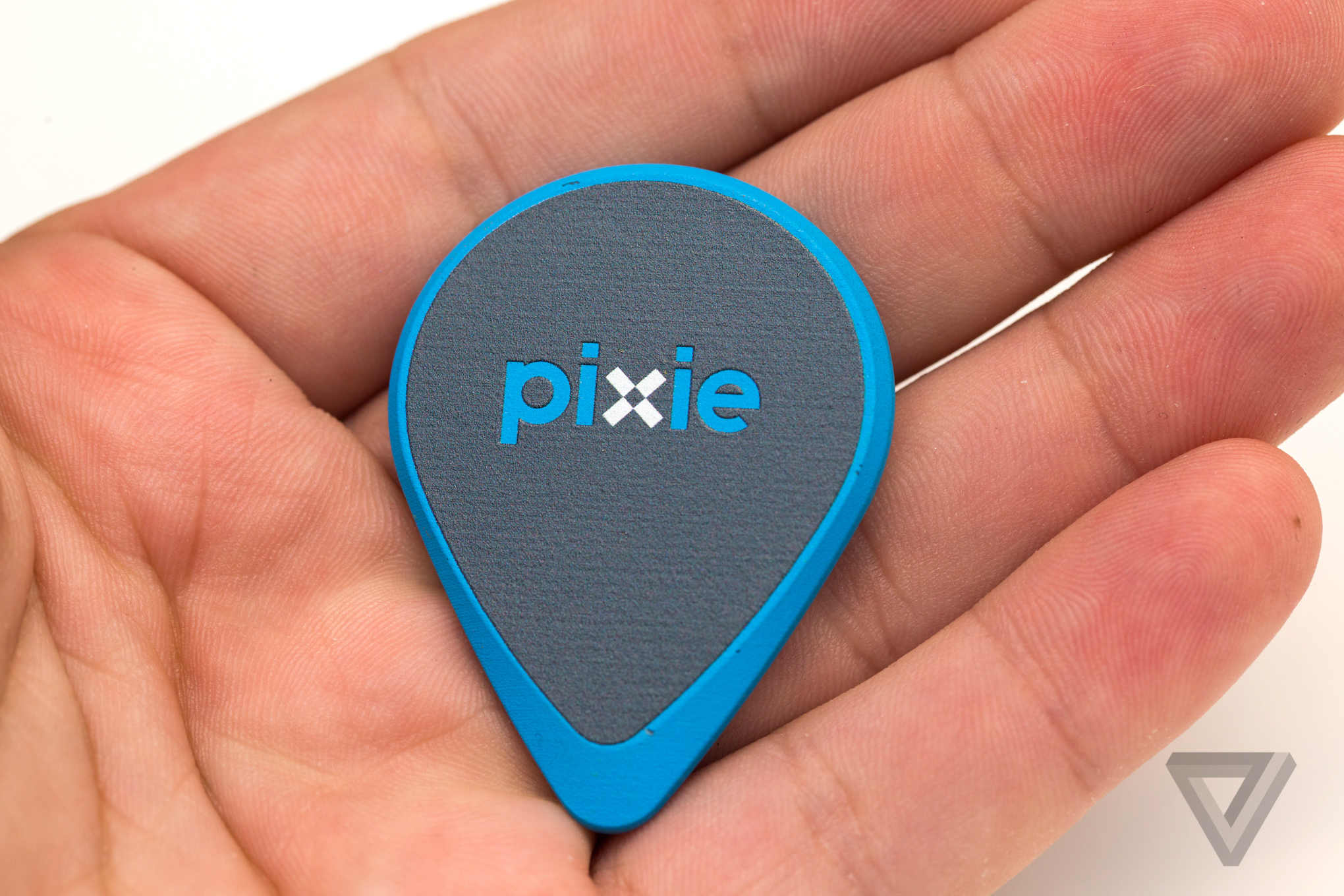 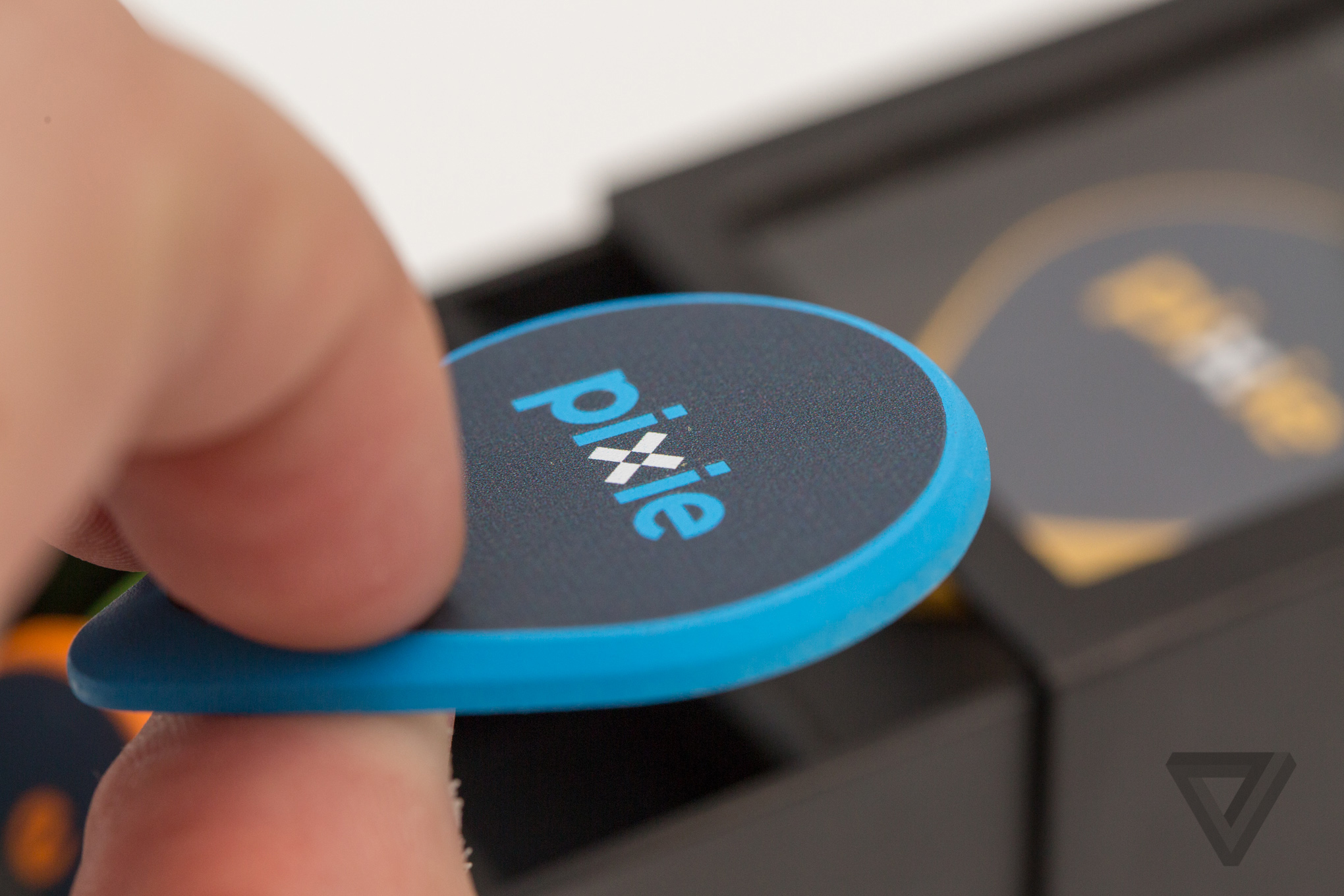 Pixie can also be used to organize your things. The app can tell you whether you have everything you need when you’re packing up a bag, erasing the need to root around a dimly lit backpack. (Bassan-Eskenazi says "it's like x-ray vision.") You can make lists of things, too so that not every item you’ve stuck a Point on shows up at once. If you have 15 Pixie Points, you could create lists that let you see only what’s in your bag, or just where your pets are, or just your camera equipment. Pixie can tell you which things are being used, and how often. That means you could also use it to alert you if something was moved while you were away.

The idea came to him when he was walking the show floor at CES in 2012. "I wanted to know why this technology didn’t exist. It was such an obvious gap," he says. After the show, he went back to Israel and recruited Friedman — who worked on mobile technology at Texas Instruments — to start the company that would become Pixie. Over the next three years, the team grew to 26 people.

The company plans to sell Pixie Points directly on the web, but is also looking at retailers. In the meantime, Bassan-Eskenazi says he is also working to develop partnerships with brands looking to include Pixie’s technology with their devices. They’re embracing the developer community, too. Developers who want to integrate location awareness into their apps can sign up for the company’s developer program later this year.

Pixie has come up with the most capable solution yet

If you've held off on buying location tags before, Pixie has come up with the most capable solution yet. The number of things you can do with the networked beacons means Pixie's competitors will have a lot of catching up to do. Sticking a bunch of plastic tags on things around your house still doesn't seem like the best option, but the Pixie Point might be the closest anyone has come to making them invisible.

Pixie has packs of four available for a pre-sale price of $39.95, and they're expected to ship this summer. It supports both iOS and Android at launch. Each pack comes with adapters for keychains, curved surfaces, and pet collars. Once the pre-sale ends, the price of each pack goes up by $30.