While we got an early look at Windows 10 running on phones during Microsoft’s press event last month, we weren’t allowed to explore the operating system fully. That’s about to change soon with the release of a Technical Preview of Windows 10 for phones, but for now we’re starting to learn of a few new features that are coming, thanks to leaked screenshots. Chinese site ITHome has posted a number of screenshots from the early Technical Preview.

The first obvious addition is the inclusion of a new audio recording app. Windows Phone 8 used to achieve this by storing audio clips directly in OneNote, but this wasn’t ideal and the recordings were often heavily compressed. Windows 10 for phones has a separate app that lets you send recorded files via email or store them on OneDrive. It won’t support recording of calls, but it’s perfect for recording a meeting or a friend attempting to sing. 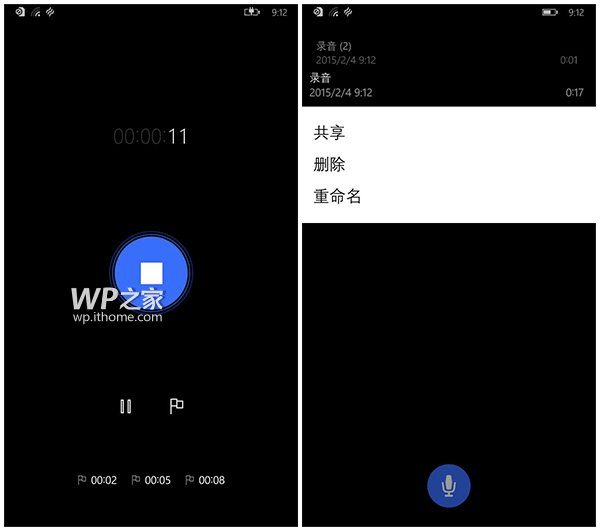 Microsoft isn’t changing a lot in terms of user interface with Windows 10 on phones, but it appears some of the context menus are being altered to more closely match the desktop and tablet versions of the operating system. We already saw a new joystick addition to the keyboard last month, but there’s also new keyboard options to split the keys left or right. This appears to be designed for one-handed use, and might come in useful for devices like the Lumia 1520 or new rumored large-screen Lumia phones that are expected to be unveiled at Mobile World Congress next month. 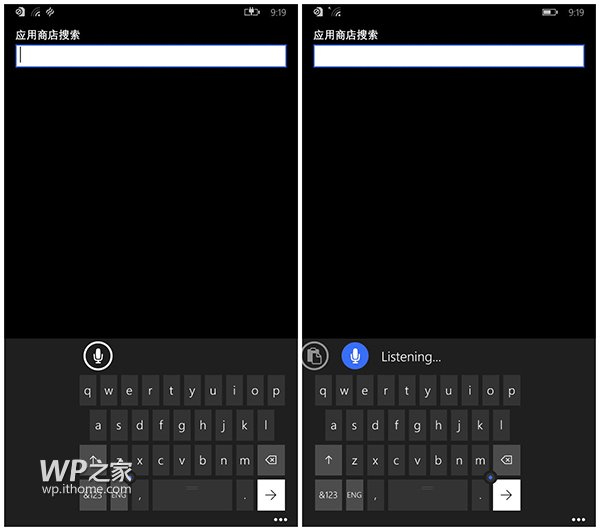 Alarms have also been updated to match the universal Windows 10 app, and voice input has moved to the top of the keyboard. These latest screenshots come just a day after several others leaked showing off an expanded notification center and improved settings organization that Microsoft demonstrated at its event last month. One screenshot, a message that appears after the Windows 10 update is installed, also includes a quote from Seattle Seahawks quarterback Russell Wilson: "every setback has a major comeback." Microsoft is obviously hoping that Windows 10 will be the company's major comeback.

Microsoft is planning to release its Technical Preview version of Windows 10 for phones this month, but not all devices will be supported initially. While the software maker is planning to support some 512MB of RAM devices, it’s not clear if every device running Windows Phone 8.1 will be able to install the preview initially. Microsoft has promised that all Lumia Windows Phone 8 devices will be upgraded to Windows 10 once the operating system is available later this year. 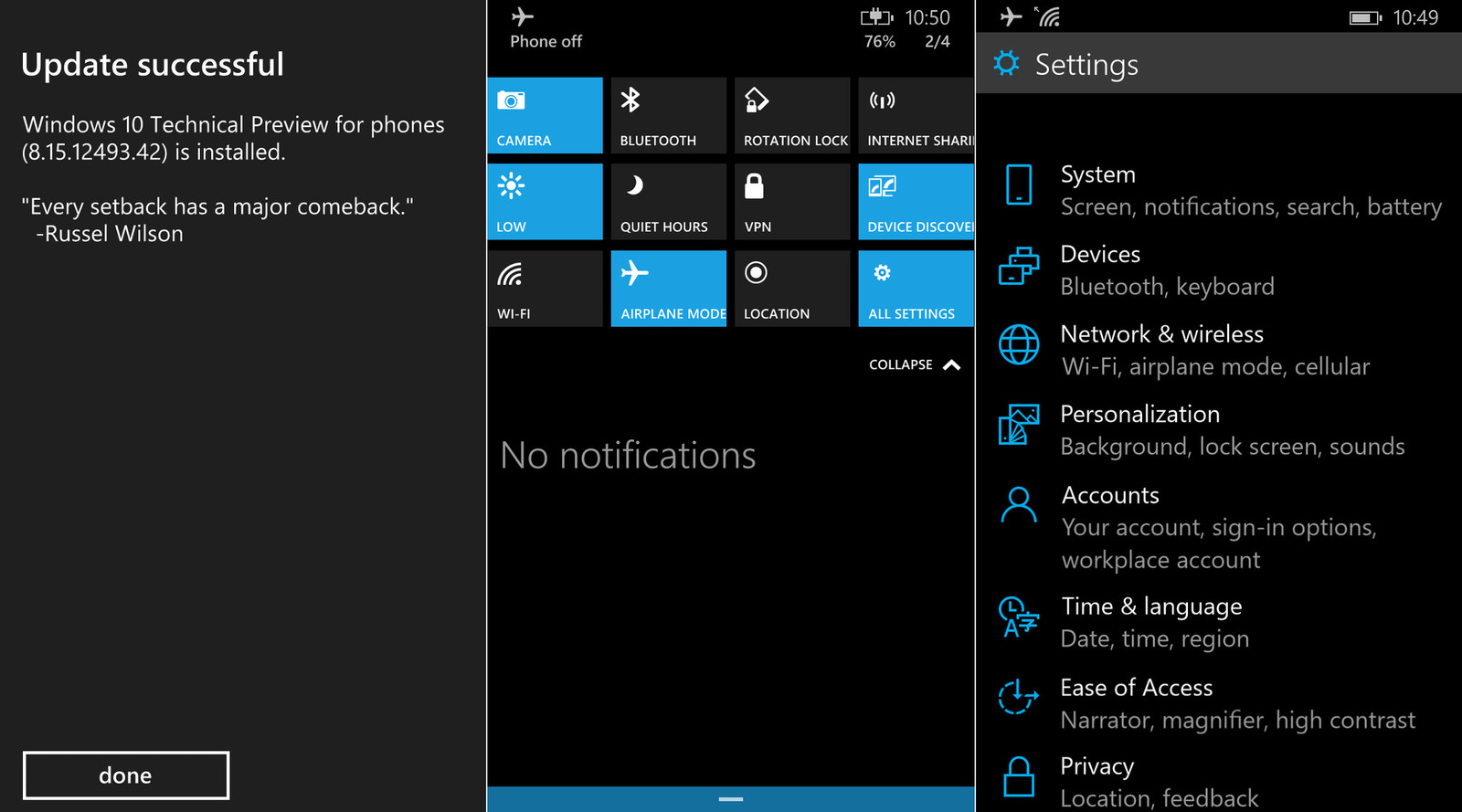