It's actually not even his idea

In the wake of the FCC’s new rules for an open internet, the reaction from conservative groups and Republican legislators has been just short of apocalyptic. "Despite November’s landslide election results rejecting larger and more intrusive government, President Obama moved even further to the Left and openly demanded that the FCC take the most radical action imaginable," wrote Phil Kerpen of American Commitment, a conservative group with ties to the Koch brothers. "Reducing the Internet to a ‘public utility,’ imposing sweeping new taxes and destroying private investment, competition, and innovation while putting bureaucrats firmly in control."

Net neutrality is basically the 21st century version of Maoist China. As Ron and Rand Paul explain, "Internet collectivism takes many forms, all of them pernicious….Around the world, the real threat to Internet freedom comes not from bad people or inefficient markets — we can and will always route around them — but from governments' foolish attempts to manage and control innovation."

"Net neutrality is the next con game they're running."

The technologies we are all so excited to experience are being smothered in their cribs. "Dear @FCC, you just set back online implementations of virtual reality 10 years #netneutrality," wrote Mark Cuban on Twitter. He has since deleted that tweet.

But the reality of the FCC’s proposal is nowhere near this radical. In fact, if the stock market is any indicator, the new net neutrality rules won’t have any impact on the business or investment of the major internet service providers. Share prices for major internet providers were all up in the days after Chairman Tom Wheeler put forth his plan. 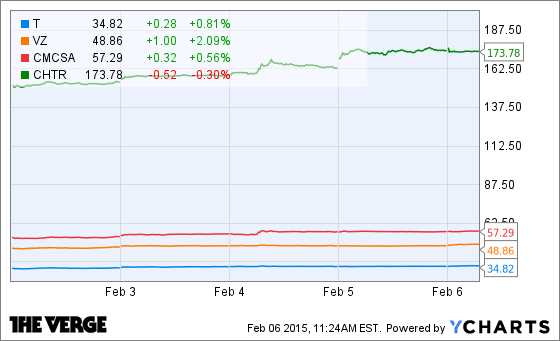 At this point we still don’t have the full proposal to work from, just an editorial by Wheeler and a fact sheet highlighting the major points. But that document is enough to explain why investors didn’t react as if the sky was falling. Yes, the FCC will be using Title II to classify the transmission networks that carry out internet data as a utility. It’s using that authority to prevent ISPs from blocking or throttling data. Paid prioritization — fast lanes for those who can afford them — will also be banned.

But crucially, the FCC said it’s not going to impose the kind of common carrier restrictions that apply to utilities like our telephone networks. As the fact sheet makes clear, it won’t attempt to regulate the rates that ISPs can charge and it won’t force them to lease access to competitors at a set price. In other words, it won’t turn them into dumb pipes.

Hell, even Verizon, talking with investors behind closed doors, has admitted that this kind of strong net neutrality won’t hurt their business or reduce future investment. Similarly, Republican legislators recently introduced their alternative plan, and the striking thing is that is calls for the same changes: prohibiting blocking, throttling, and paid prioritization. They just want Congress to be making that decision, not the FCC. Tim Wu, the man who coined the phrase "net neutrality", thinks their proposal is pretty good!

So how to explain this dramatic reaction from Republican lawmakers and conservative pundits? It’s the same cynical, knee-jerk opposition that has defined the last six years of government. Whatever the president wants, they can’t stand. And even when it’s not Obama doing the deciding, they find a way to make it about him. "Chairman Wheeler's proposal to regulate the Internet as a public utility is not about net neutrality," said a statement from Senate Commerce Committee Chairman John Thune. "It is a power grab for the federal government by the chairman of a supposedly independent agency who finally succumbed to the bully tactics of political activists and the president himself."

By turning net neutrality into "Obamacare for the Internet" these alarmists have given themselves a political boogeyman, something they can trot out to scare voters and raise campaign dollars. But cries that the sky is falling on the future of the internet simply don’t match the facts on the ground.