Hello fellow weekend-goers, and welcome back to The Weekender. This week, Bill Gates began his month-long guest editorship of The Verge, the FCC expanded the definition of net neutrality, and Twitter admitted it's terrible at dealing with trolls. We'll also be setting you up for a stellar weekend back on this terrestrial plane. So sit back and take a journey with us.

This weekend, the fifth annual Athena Film Festival takes over NYC's Barnard College. The fest, which celebrates women in cinema, will feature both indie documentaries like Stop Telling Women to Smile, about the artwork of Tatyana Fazlalizadeh, and big screen flicks like the Jenny Slate-starring comedy Obvious Child.

Utrecht's Museum Speelklok's main attraction is an exhibition of self-playing musical instruments. The Speelklok (which translates to "musical clock") features airy, sprawling halls lined with music boxes, pianolas, street organs, violins and more — all clockwork inventions capable of making music on their own. Image via Flickr.

Can mobile banking revolutionize the lives of the poor?

Bill Gates believes that mobile banking is going to "revolutionize the lives of the poor" in the next 15 years, and he might just be right. Lack of access to banking is a huge impediment for people who are already struggling with money, and early signs show that mobile devices are the way to make banking just as accessible as it needs to be. 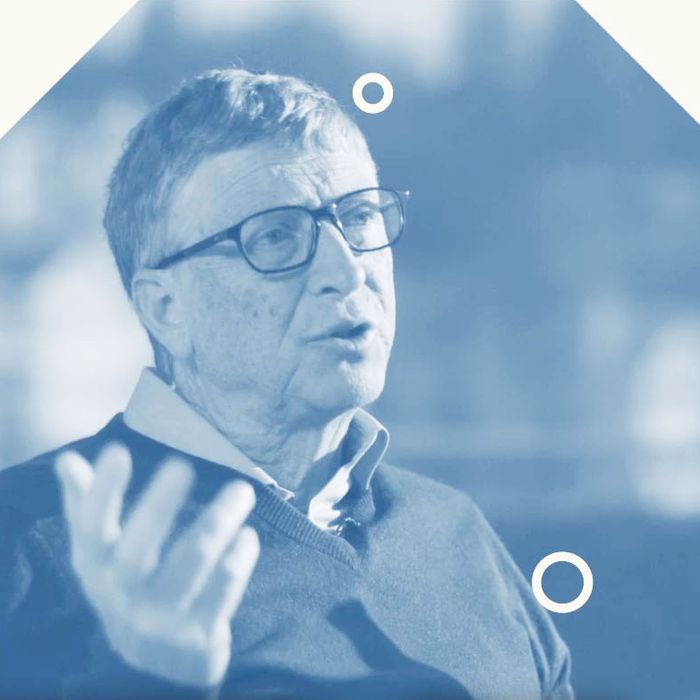 Is 'brain fingerprinting' a breakthrough or a sham?

Forget lie detectors: one company is now selling a device that they say can look straight into your brain to see whether or not you know revealing details of a crime. If it works, it'd be an incredible law enforcement tool. But if the science isn't there to back it up — and it may not be — we could be letting a dangerous new tool into the courtroom. 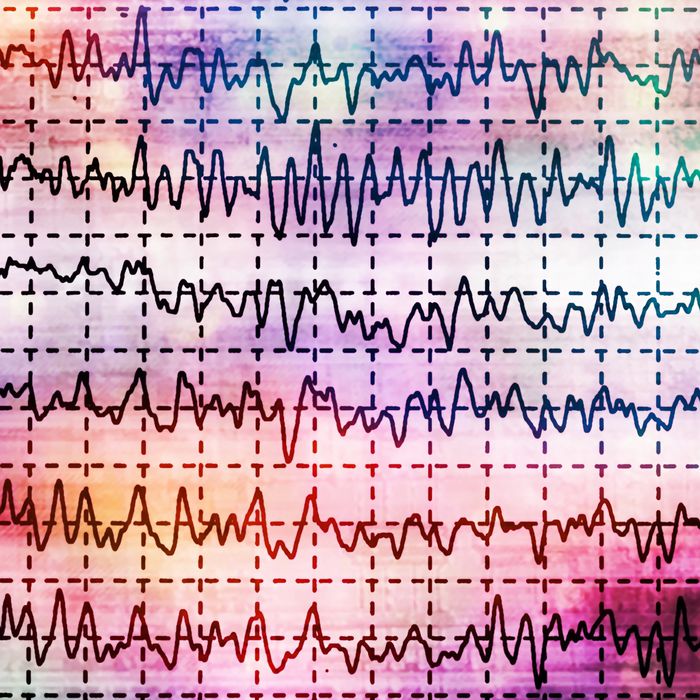 After a short break off the air, Last Week Tonight is finally coming back this week. We caught up with John Oliver to see what's new for the show's second season and to look back at the biggest stories of his first nine months on HBO. 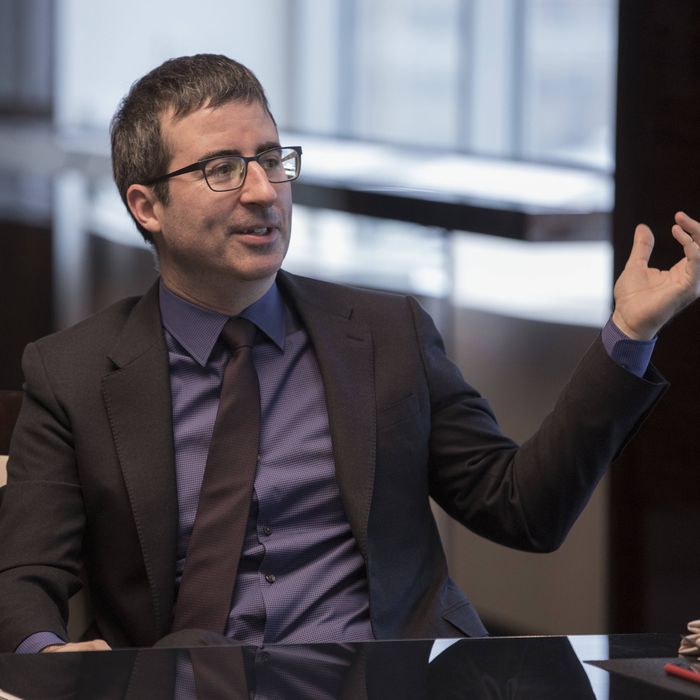 Twitter has a big problem with harassment on its platform, and it looks like the company is finally ready to do something about it. We obtained internal memos from Twitter CEO Dick Costolo that outline his feelings about how Twitter needs to take action. You can read them all right here. 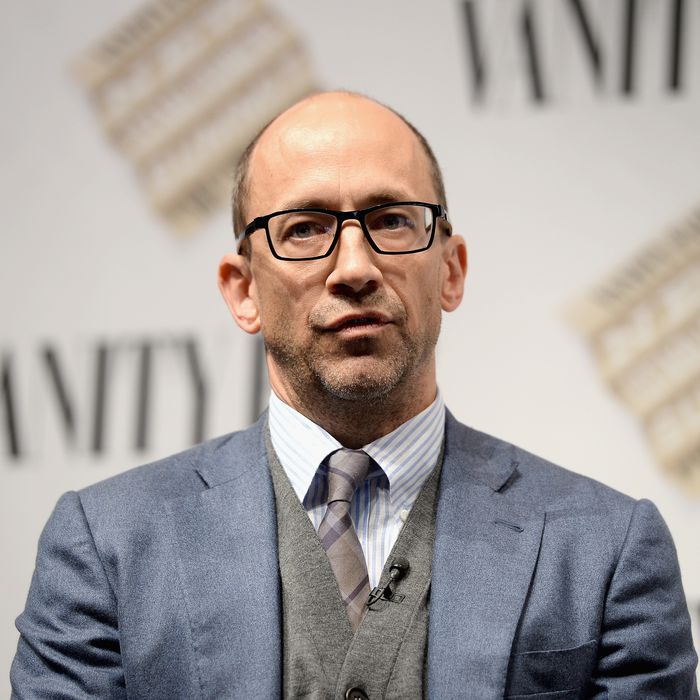 Net neutrality had a monumental win this week when the FCC announced that it intended to impose strong new rules that service providers won't be able to escape. But while that means a big battle has been won, a new war is about to start: someone is going to take the FCC to court, and ISPs are already gearing up. 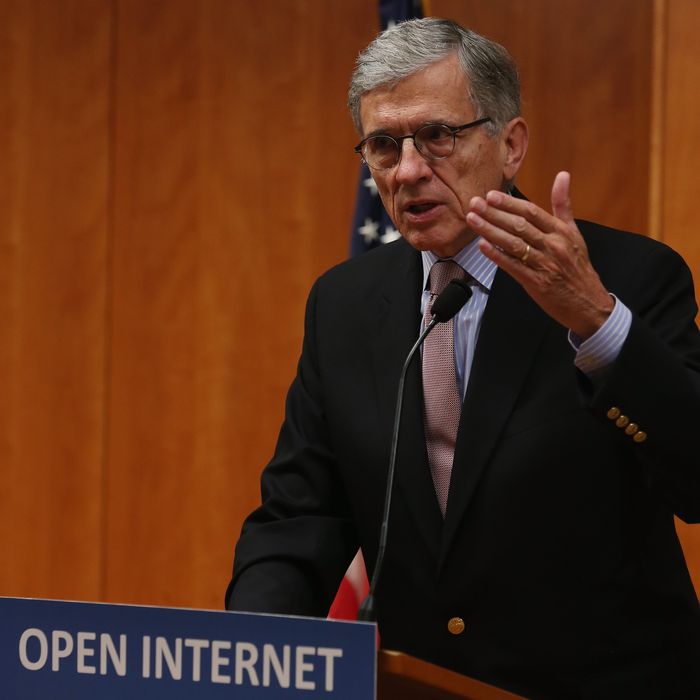 Even Kim Gordon doesn't have it all

If anything, Girl in a Band fits into the grudge-bearing category of music memoir. Although Gordon devotes pages to her opinions on art and music and includes fascinating descriptions of what it’s like to be onstage—"an intense, hyper-real dream, where you step off a cliff but don’t fall to your death"—her life as a girl in a band is ultimately inseparable from her life as a girl in a relationship, a very high-profile relationship that ended very badly. In the book, she’s doing a bit of intentional score-settling, sure. But she’s also still angry about everything that happened. 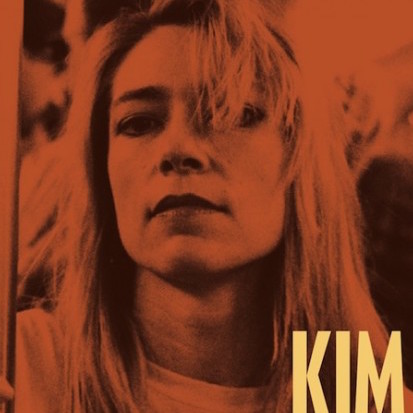 The Internet Fantasy of the 'Perfect Response'

New York Magazine
Adam Sternbergh explores the satisfaction that comes from a "perfect response": a zinger so effortless nothing could replace it. But perfect responses aren't a balm for poor communication: they merely reinforce what the listener already believes.

As common as this idea has become, it’s truthfully much more common to find civilians online bemoaning some long, disjointed, and frustrating argument they had with a nutty anti-vaxxer on Facebook that ended in one or both of them pounding on their keyboard with barely suppressed rage. Or watching people duck as a firehose of insane hate-spew is loosed their way on Twitter. Troll wars are consistently fueled by people on both sides who suspect they are just one post away from finally launching that Perfect Response. 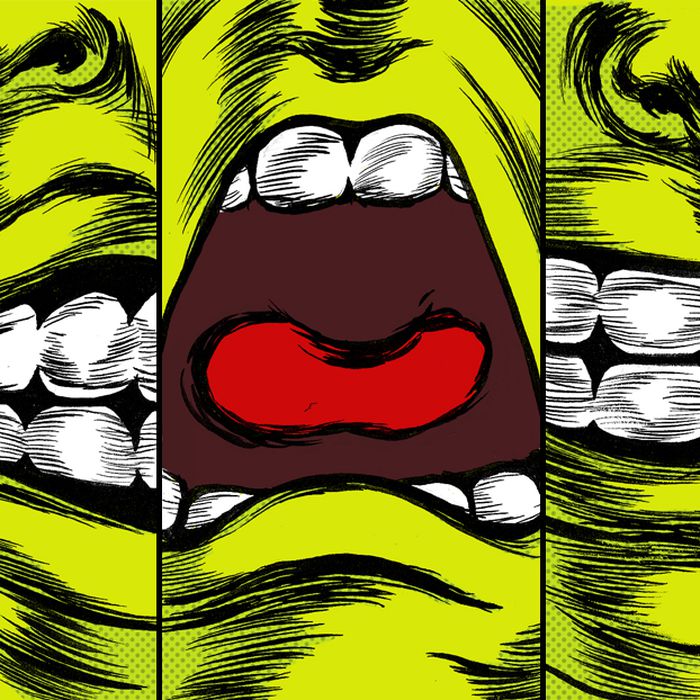 Aeon
Gregory Isaacson explores the world of China’s pro gamers, a community made up mostly of young men who can make large sums of money but often play for days at a time without any break.

The gamers sharpen their skills at the computer for 12 to 14 hours each day. Their focus on the game is so relentless that I found most of them riveted to their screens even on a Sunday, their day off – sometimes goofing around or watching funny videos on the internet, but mostly just playing LoL. A headphone-wearing, chain-smoking PDD basically ignored his girlfriend, who lives in another room in the building, whenever she walked in to grab some computer equipment or bring him a snack. ‘I’ll play games my whole life,’ PDD told me at one point. ‘I think I can never stop.’. 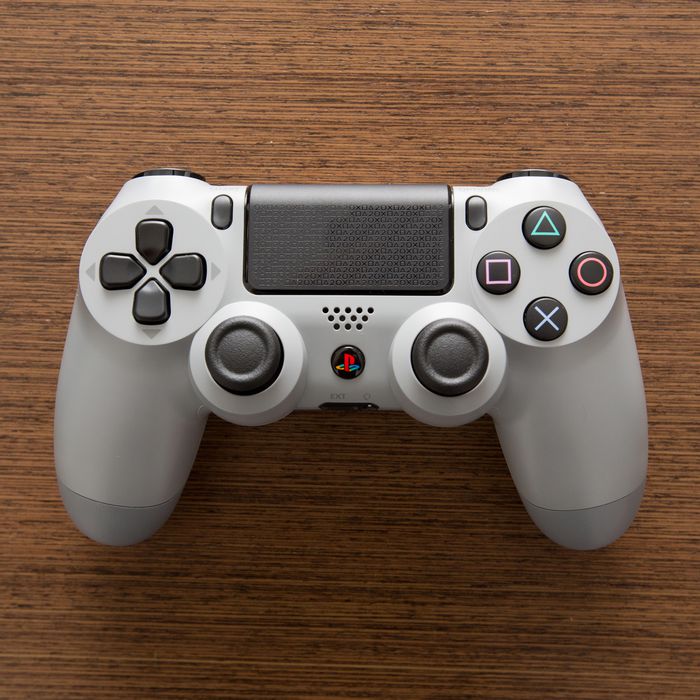 Love in the Time of Bae 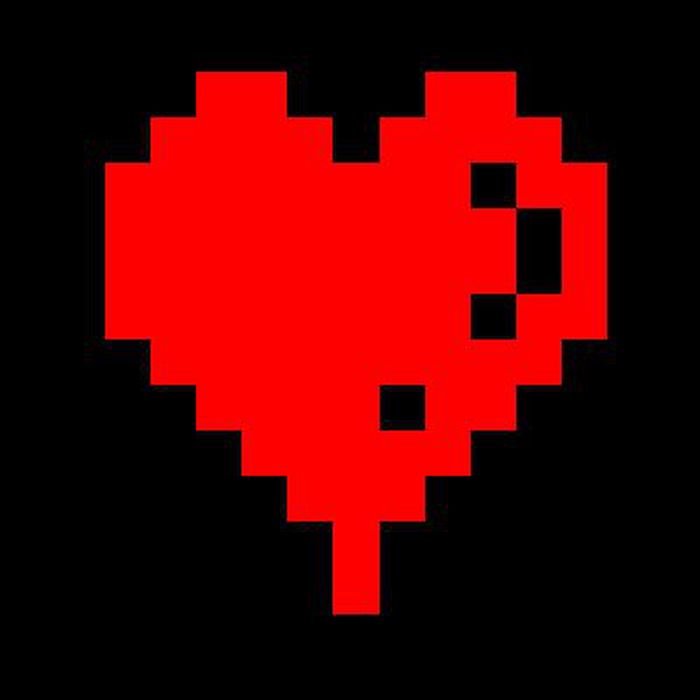 Vice
Andrew Iwanicki describes taking part in a bed-rest study for NASA, which required him to lie tilted at a negative-six-degree angle for 10 weeks.

The following weeks held few details of note. The days blurred together. I tried to avoid counting down my time left; rather, I measured my stay by my increasing sensitivity to the small, daily frustrations that were slowly chipping away at my mind. Why did I have to drink water out of an open glass, even though at the angle of my bed, it inevitably spilled all over my table and chest? Why did they serve soup in shallow bowls? Why were they serving soup to people in bed anyway? Did any of the staff have any idea what it was like to be stuck in bed? 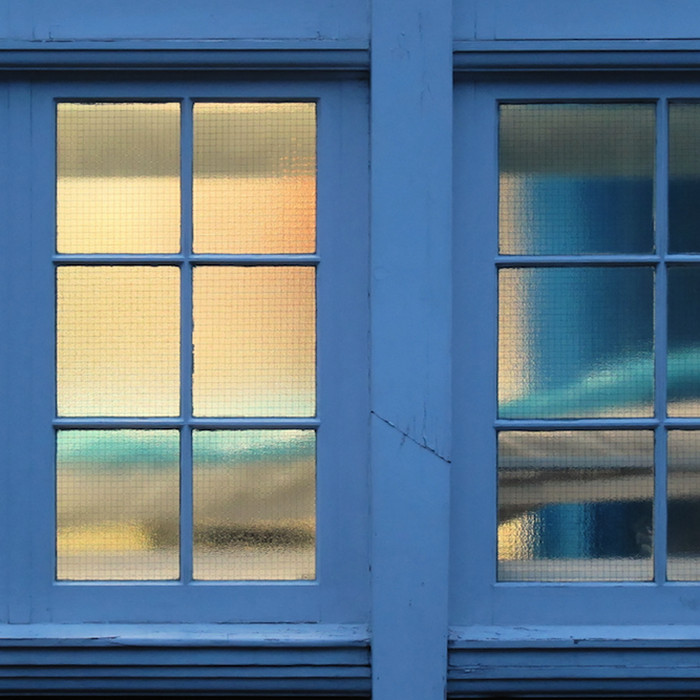 Mount Eerie is a project of The Microphones’ Phil Elverum, and Sauna is the project’s first release since 2012’s Ocean’s Roar. As we head into the beastial belly of winter, Sauna’s earthy, tinkering electronics and muted, under-the-covers vocals feels like the kind of late-night company no one could kick out of bed.

Game of Thrones: The Lost Lords

The adventure set up in Telltale's original Game of Thrones continues in the difficult, if slow-moving, Lost Lords, where players must survive drunk limbos with Tyrion and lend an ear to Asher Forrester. 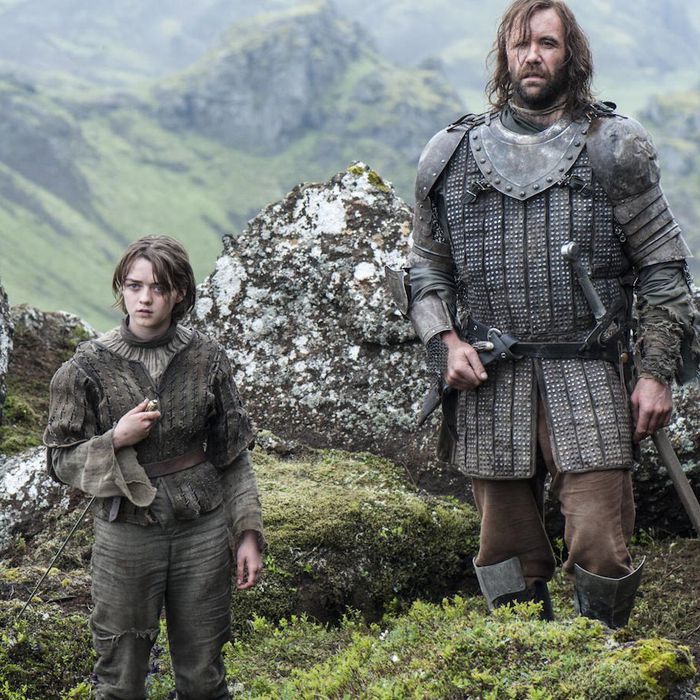 Now that a sequel's on the way, this would be a good time to brush up on your original John Wick trivia. Chad Stahelski and David Leitch's thriller has the added bonus of on-screen puppy time, which isn't something you usually get in gut-wrenching action movies where Keanu Reeves has a gun.