Listen to HTC talk about its flagship One smartphone, and you’ll hear a tale of heartfelt passion and commitment. No detail too small, no effort too strenuous.

Look at the actual product of the company’s labors, however, and you’ll wonder where the year of work since the previous One has gone.

On the surface, the One M9 is difficult to distinguish from the One M8 preceding it. The display’s 1080p resolution and 5-inch size haven’t changed, and neither have the BoomSound speaker grilles that surround it. The brushed aluminum case also looks thoroughly familiar, which is quite intentional from HTC. The Taiwanese company wants to "build an icon" around an instantly recognizable and widely appreciated design, the same way that Porsche and Volkswagen have done with their cars.

The first time I saw the new device, I confused it for the old one

Like an auto manufacturer, HTC starts its generational upgrade this year with an engine change. The latest Qualcomm Snapdragon 810 powers the One M9, which also moves its UltraPixel camera from the back to the front, vacating space for a new 20-megapixel sensor. A sapphire lens cover protrudes slightly from the phone’s metal back, as if to underscore the importance of imaging to this new phone’s raison d'être. With the One M9, HTC sought to keep what was good — namely its design, display, and audio — and improve on its weaknesses with a better camera and a larger battery.

I have been using the HTC One M9 in the week ahead of its launch here at MWC, seeking to understand the total effect of all the big and small changes that HTC has made. The first time I saw the new device, I confused it for the old one.

Putting my hands on the One M9 revealed more pronounced edges on its sides and a much less slippery surface finish than on the One M8. Some of the curvy refinement is lost, but a lot has been gained in ensuring a reliable single-handed grip of the phone. Moving the power button to the side is another boost to ergonomics, although HTC has positioned it a little too low, and I often found myself pressing the volume-up button when trying to wake the phone.

"We want our lineup to be the most luxurious in the world," says Claude Zellweger, leader of HTC’s industrial design team. Building one of the new M9s involves over 70 steps and 300 production minutes, during which time it receives a "jewelry-grade hairline finish" to generate its brushed look, a new scratch-resistant coating, and a scrupulous hand polishing from an "experienced craftsman." Other than the grippier texture of the new phone, I can’t identify any immediate benefit to these changes, though I’m sure the premium smartphone market that HTC is targeting will appreciate the literal human touch that’s now been added.

Other subtle but important alterations include a single-piece front bezel around the display and a reduced part count to the entire device. The One M9 has fewer seams in its simplified design and is also marginally thinner and smaller than its predecessor. Taking the M9 out of the narrow context of HTC’s own range, this is one of the best and most precisely built devices on the market today. Samsung earned credit for adding a metal frame to its Galaxy phones last year, but HTC is building the entire One out of aluminum and constantly raising its own high bar of expectations. HTC’s Zellweger even took a gentle stab at Apple’s iPhone, saying that there are "companies following in our antenna footsteps without quite matching the metal content that we are able to get."

"We think that BoomSound is really important."

Despite HTC’s bravado, I don’t find the new One M9 more desirable or ergonomic than the iPhone 6. The sharper contours of the M9 feel less refined and less friendly to the palm, while its prominent BoomSound speakers extend its height without adding anything as useful as Apple’s Touch ID home button. "We think that BoomSound is really important," says HTC’s marketing head Darren Sng, explaining that every design decision represents some sort of trade-off, which in the case of the speakers is a larger size. I feel like HTC is painting itself into a corner with this choice; there are so many affordable Bluetooth speakers and high-quality headsets around that the need for outsized speakers built directly into the phone isn’t there for most people. Hell, HTC itself is bundling what it calls an audiophile-grade headset in the One M9’s box.

See next: up close and personal with the new HTC One M9

HTC’s spec upgrade is highlighted by the new 20-megapixel camera on the back of the One M9. I spent a couple of days shooting with it, and the first thing I noticed was just how fast it is. In auto mode, pictures are captured nearly instantly. Turning on HDR adds processing time, but it pays off with tangibly better results when trying to shoot scenes that include both bright and dark areas.

Regrettably, my initial impression of this camera is not a positive one. Image noise is present in most of my pictures, and low-light photography is basically a disaster. I was reminded of BlackBerry’s consistently inadequate cameras in the devices that preceded the Passport. Like them, the HTC One M9 lacks optical image stabilization, which the company justifies on account of physical space constraints. The image sensor also appears to be an odd size as the "regular" image ratio is 10:7, and there’s no 4:3 option to be found.

Evidence of HTC’s commitment to making the One M9 a good cameraphone can be found in the addition of RAW image capture and 4K video recording. This is a device that most earnestly wants to be thought of as a camera leader, but its performance simply does not live up to the hype.

In the days before my first encounter with the One M9, I wrote that the camera will be the thing that makes or breaks this phone. I believe that even more now that I’ve seen HTC’s software updates with Sense Seven, its suite of customizations and additions on top of Android Lollipop. There’s nothing here that will revolutionize the mobile user experience or force anyone to buy the One over another device. The BlinkFeed news aggregator is still present, this time with added lock screen integration that will push "relevant news and suggestions to users immediately," which in most cases will mean getting Yelp recommendations for where to eat next.

Sense Seven is a mix of new automation and personalization

"Contextual suggestions appear at just the right time with just the right information," says HTC Creative Labs chief Drew Bamford. But to do that, HTC needs to know where you are and what you are up to at all times, which the company says is data it will try to monetize in order to fund the addition of more of these types of added-value services. I’m not convinced that many users will welcome such a move, particularly at a time of growing privacy consciousness.

HTC’s new "Smart launcher" widget for the home screen seems like a good idea, but it also turns out to be another unwelcome intrusion. It will also rely on location info to automatically switch between your most-used apps for home, work, or out on the go, dynamically adjusting its lineup and also offering a set of Suggested Apps. HTC says it plans to include sponsored apps among that list, essentially piping ads into what’s supposed to be the most useful and convenient part of your home screen.

The Zoe photo manipulation software has been updated with a number of tasteful visual effects that "you might actually wanna use," in Bamford’s words. HTC will make more camera modes downloadable over time, and it now has a One Gallery aggregator that will intelligently collate your photos from various online photo services and present them on the phone without duplication. The new Sense Home offers granular tweaking options for theming your interface, including a choice of fonts, color scheme, and iconography. HTC has big plans for building a community around the creation and exchange of these themes — you can even make one via a one-touch wizard that builds everything on the basis of a photo you provide. All of these are neat, but ultimately small changes.

The first all-aluminum HTC One is now two years old. The lineage it began in 2013 has been successful in earning plaudits and sales, but the old formula of high-end design and materials can only work so long as it’s regularly refreshed with new ideas. HTC openly admits that it’s combining the strengths of 2013’s One M7 and 2014’s One M8 to create what it believes is the best One yet. But remixing the past is not a sign of innovation, and neither is the addition of a fast new processor just because it’s fast and new, or multiplying the megapixels of a camera that’s still not good enough. 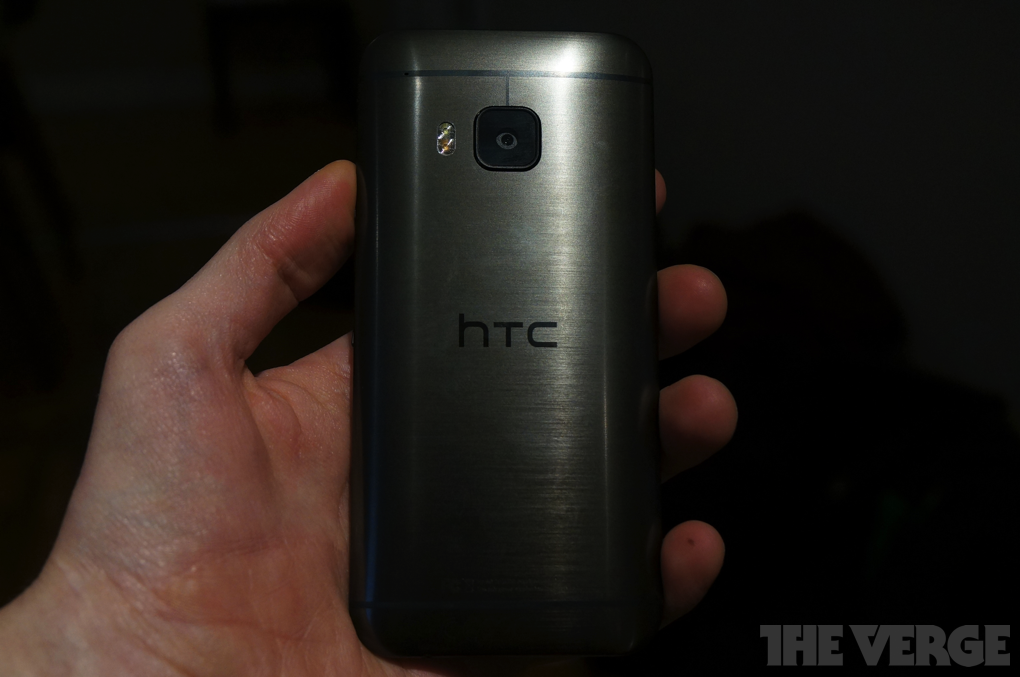 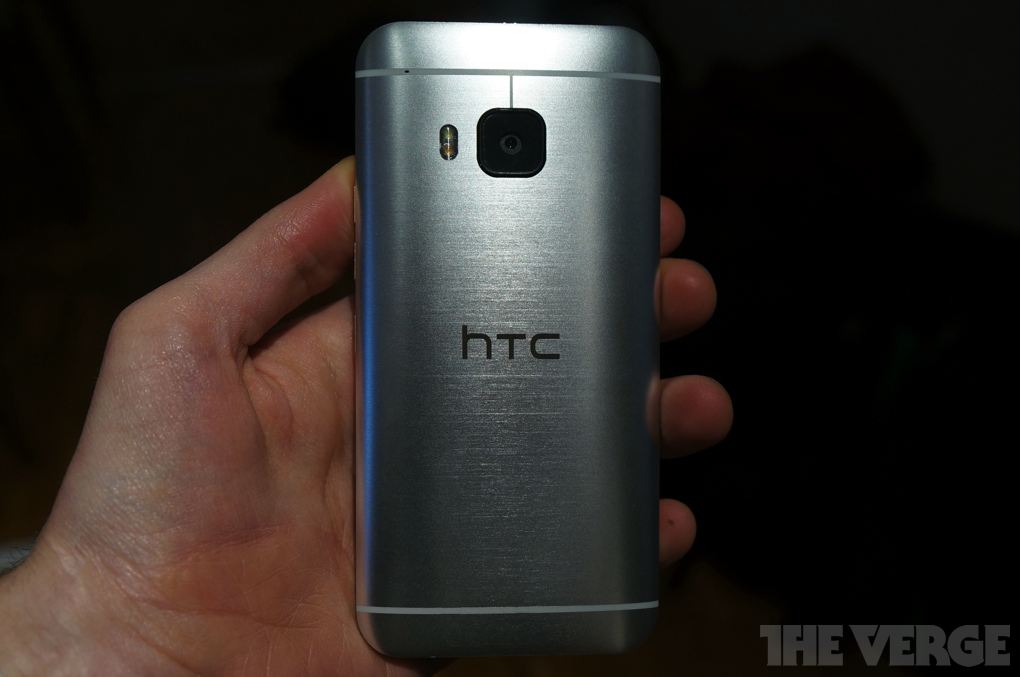