LG has kicked off Mobile World Congress this Sunday morning in Barcelona by showing off its two Watch Urbane smartwatches for the first time. The pair were announced in the lead-up to MWC, but this has been our first opportunity to see them in person and get some lingering questions answered.

The regular Watch Urbane puts a premium spin on Android Wear, but the Watch Urbane LTE is a different proposition altogether — it's the world's first smartwatch with LTE connectivity, and last week we thought it might be the first webOS smartwatch too. How are they both looking?

By far the more interesting of the pair is the Watch Urbane LTE. Despite what LG representatives told us last week, this is a watch running software based on webOS, with the same circular interface that Audi displayed at CES earlier in the year year. Unlike with its smart TV software, however, LG isn't playing up the webOS connection, instead simply stating that the device runs on the company's own proprietary wearable platform. And really, that's probably for the best — no-one's going to mistake this for a Palm Pre.

Developing its own watch OS rather than relying on the somewhat minimalist Android Wear has given LG the flexibility to offer a lot of new features; the company says that while it will continue to focus on Android Wear, it can't satisfy every customer with Google's platform. The watch faces are far more customizable, for example, letting you choose the background, watch hands, and minute marks. 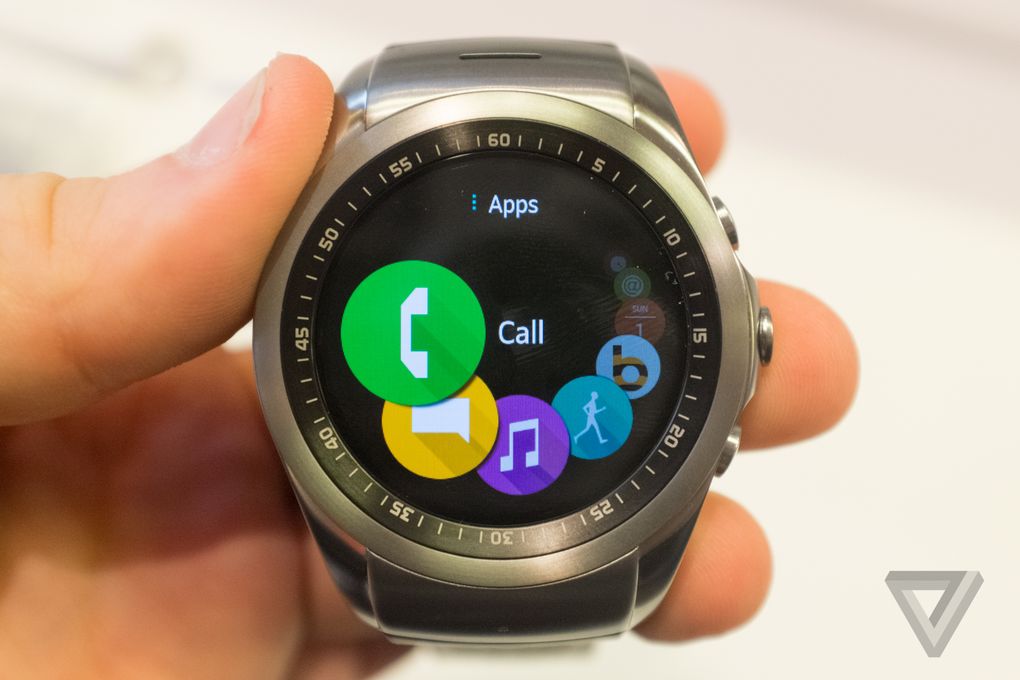 But the Watch Urbane LTE's main feature by far is its cellular connectivity, which lets you answer calls, check emails, or hold walkie-talkie-style conversations with multiple people anywhere without having a smartphone connected. There are other features for hiking, cycling, playing golf, and working out, with the various sensors helping to track your performance. There's a built-in voice translator app, too, and NFC connectivity lets you use the watch for mobile payments.

Make no mistake — this watch is a gadget. The Watch Urbane LTE's metal body is pretty bulky, and I wasn't too fond of the built-in rubber band. The three-button interface, meanwhile, isn't all that intuitive at first. But I got used to the software soon enough, and in terms of sheer stuff you can do with it, the Watch Urbane LTE is one of the most powerful wearable devices yet. I wouldn't wear one myself, but I have no doubt it'll appeal to some.

Because of the Watch Urbane LTE's extra connectivity, it has its own phone number, and will require a second data plan. The LTE watch is so far only confirmed for South Korea, where it will launch within a couple of months for an undisclosed price. 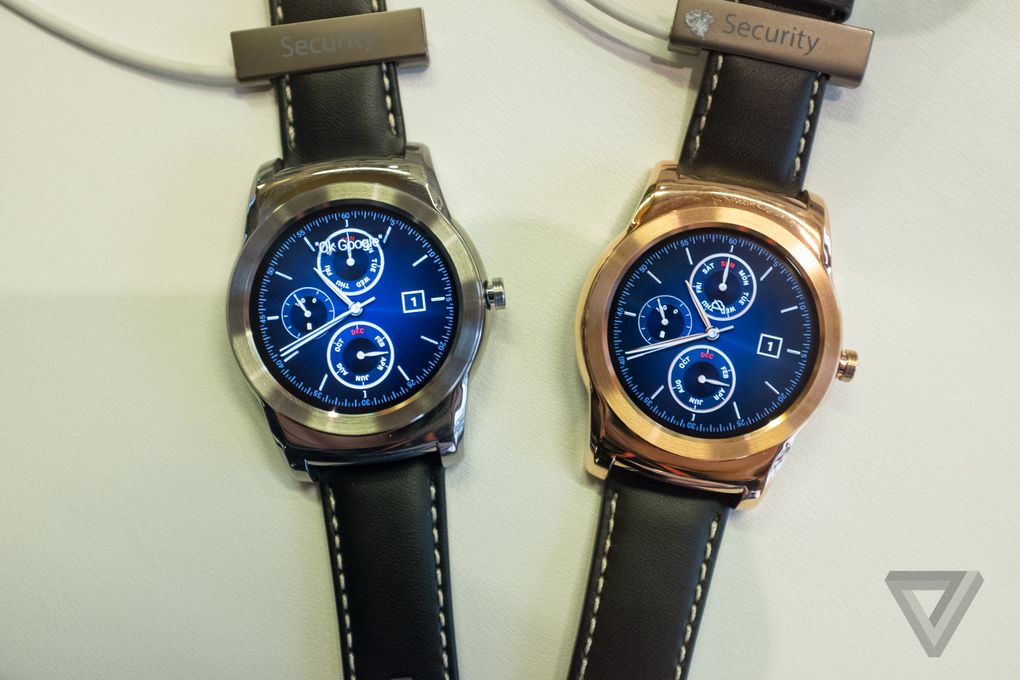 There's a non-LTE version of the Watch Urbane, too, but it's a vastly different product. It runs Android Wear, making it functionally more or less identical to other watches that use Google's OS. The focus on this one is "luxury," with LG hoping to offer a new experience through materials and design.

Like LG's previous Android Wear smartwatch, the G Watch R, the Watch Urbane has a circular OLED display, but the bezel has been slimmed down considerably, and it isn't marked at five-minute intervals, unlike the LTE watch. The silver- or gold-finished body is stainless steel without a screw in sight, and the strap is made from stitched leather. The craftsmanship is not, of course, on par with a luxury watch, but if you're of the school of thought that believes smartwatches should emulate traditional timepieces, you'll probably find this to be one of the more attractive Android Wear devices so far.

The Watch Urbane will be making it to the US and Europe by the end of April. AT&T is the first carrier to confirm it will offer the Watch Urbane. Pricing information isn't yet available.

E
Emma Roth16 minutes ago
There’s a surprise in the sky tonight.

Esther Wang12:00 PM UTC
R
Russell BrandomTwo hours ago
The US might still force TikTok into a data security deal with Oracle.