The Smithsonian's design museum just got some high-tech upgrades

Big screens and a mighty pen

Technology isn't just about the device you're reading this on, it's also fundamentally changing the places we go and the experiences we encounter. For example, Disney has a new program that lets you set restaurant preferences and pick your favorite rides before you even get to its parks, and uses an RFID wristband when you're there so that the park employees know who you are and what you like. It also logs the things you do so you can look back on the experience after. Last month, we saw how Nike's Jordan brand was using a similar technology at a pop-up shop during the NBA's All-Star weekend. Cultural institutions are now getting in on this game, too, and one in particular is changing what it means to be a museum.

The Cooper Hewitt Smithsonian Design Museum in New York just reopened its doors in December after more than three years of renovations. In the time that it was closed, the museum's operators made a number of changes — not only was more space carved out for the exhibitions, but three big technological features were added that have fundamentally changed the experience.

First, they installed a number of touchscreen 4K displays that serve as interactive tables. They can be found in 84-, 55-, and 32-inch sizes throughout the museum, and they serve as a window into the vast collection of items that the museum has access to via the Smithsonian archives. Items in the collection, currently on display or not, can be called up on the table with all the corresponding information. 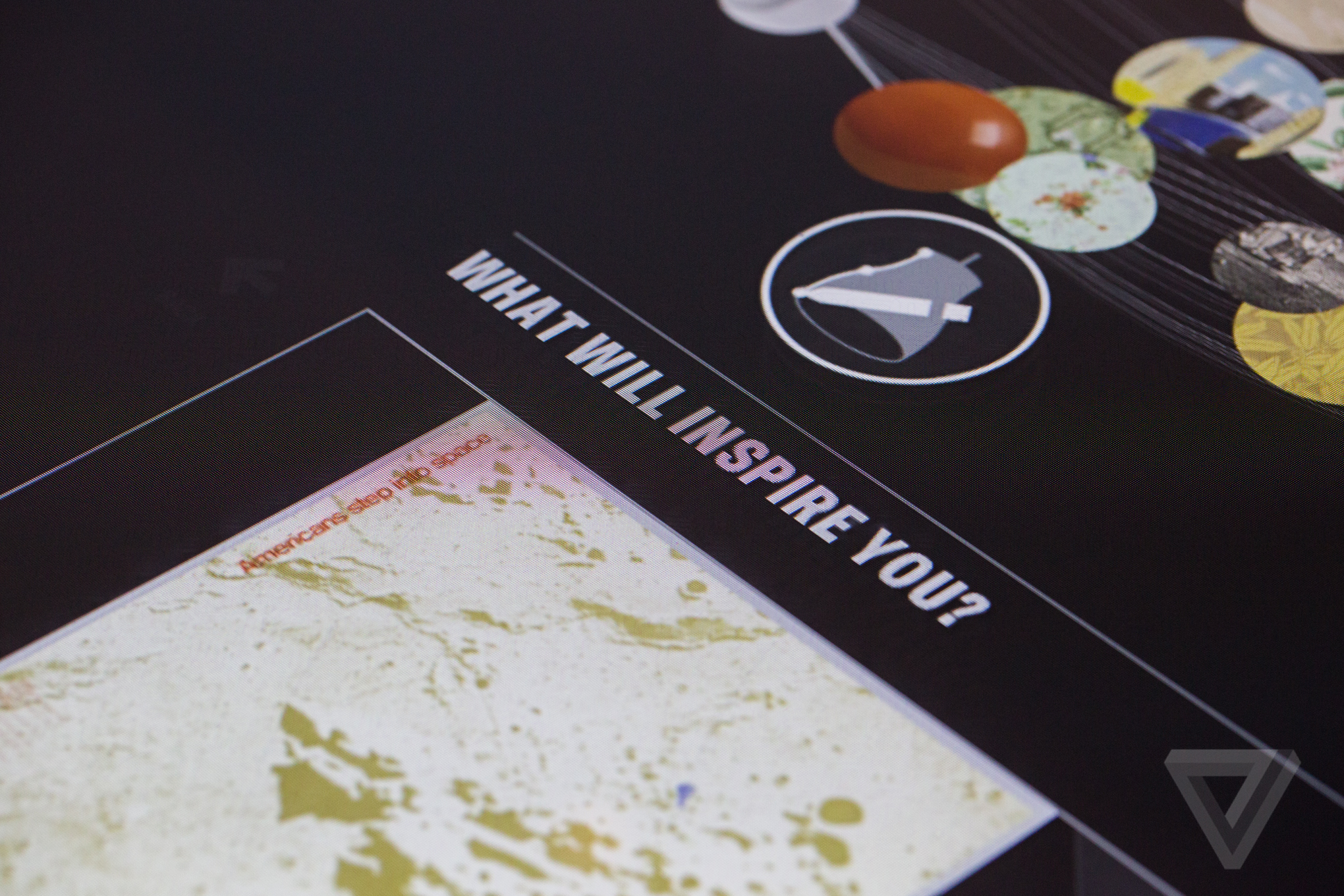 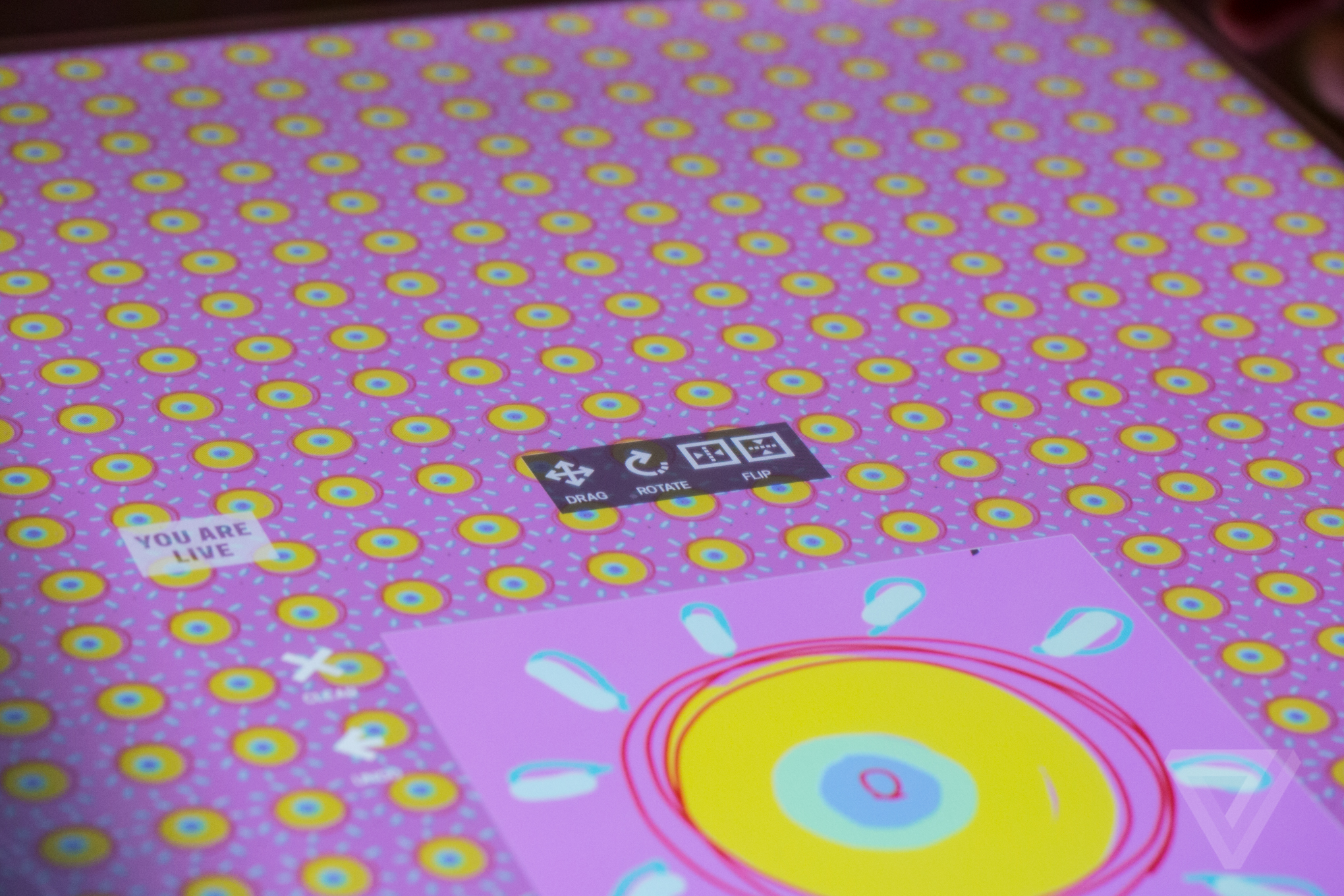 There's a wealth of options for exploring the collection, too. You can search by motif or related colors. There's also a stream of objects that runs through the middle of each display, away from the immediate reach of users, that calls up random items from the archives. If something in the stream catches your eye, you just lean forward and pluck it out. When you drag it over to where you're standing, all its corresponding information appears.

That's just one of the impressive ways that the interactive nature of the tables gets shown off. You can also draw a shape — any shape — and an object from the museum's collection will appear. The museum also lets you use the tables to create your own object; the UI has options for different materials and colors, and as you draw on a grid, a live 3D rendering appears next to it.

The second big addition to the museum is what's known as the "Immersion Room." In it, visitors can browse Cooper Hewitt's infamously vast collection of wallpapers on adjoining floor-to-ceiling screens. Before this, only a select amount of wallpapers could be displayed at any time. You can even create your own by using one of the 4K tables found right in the middle of the room.

The Pen is your museum companion

But the most impressive addition to the museum is what's simply called the Pen. It's a smartly designed rubberized wand with a pen-shaped tip at one end and an NFC antenna at the other. Not only does it work as a capacitive stylus on all of the tables, but it can be used around the museum: each item on display at the museum that now has an NFC tag next to it. When you find something you like, or want to read more about later, just tap the back of the pen to the tag. Lights on the Pen illuminate and a slight vibration confirms that the item's been recognized. You're essentially building your own personal collection as you browse the museum, and you're given a URL when you leave that lets you access that collection (or add to it when you return).

This isn't a terribly new idea; a few museums have been using NFC technology for a number of years now. But instead of relying on visitors to have NFC-enabled phones, the Pen makes for a much more cohesive experience, and it's something that the museum's directors believe any visitor can pick up and understand. It also plays extremely well with the interactive tables. Not only can it be used as a stylus, but you can tap the NFC tag to the table and watch the collection you've built spill out onto the table.

It may sound like a small change, but even during our brief after-hours demo back in December, it was easy to see how powerful a paradigm shift this could be. A simple stylus combined with a deep database of the museum's collection means that the museum is no longer just a few hundred objects inside four walls. It's an experience that can follow you anywhere.

The Cooper Hewitt occupies the Andrew Carnegie Mansion in Manhattan's Upper East Side.
Most Popular
From our sponsor
Advertiser Content From