I’ve never been afraid to listen to an album.

It’s a strange feeling. Music can elicit a number of emotions — tears, unbridled happiness, a wave of calmness, a strong stank face — but fear usually isn’t drawn out by music. It’s not something that artists strive to pull out of their audience. And yet that’s where I found myself on Sunday night, sitting in a restaurant in Harlem when I got the message that Kendrick Lamar’s sophomore album To Pimp A Butterfly had been released a week before its March 23rd date. I wasn’t ready. I didn’t want to hear it yet. I needed time to prepare. There’s too much riding on this album.

When I talk about Kendrick Lamar with people who follow hip-hop, there’s always a hushed exchange that takes place. "He could be it," one of us will say. "He could," the other will reply. Like a pitcher throwing a perfect game, it’s never spoken aloud. He’s only one album in. It would be foolish to even discuss it publicly. We need more evidence. More albums. More time. But deep down, we know. Kendrick Lamar could be the greatest rapper of all time.

To Pimp a Butterfly isn’t just another album, and Kendrick Lamar isn’t just another rapper. Kendrick is different. His first major label album, good kid, m.A.A.d city is one of the greatest rap albums of all time. The last two artists who debuted with albums that redefined the genre were Kanye West (The College Dropout) and Jay Z (Reasonable Doubt). Good kid, m.A.A.d city, was an autobiographical masterpiece that vocalized the struggle of growing up in dire circumstances in Compton and how it affected Kendrick’s perception of the world. It was brilliant and clever, a concept album that still told Kendrick’s "how I got here" story. He could have used the same blueprint for his second album. It worked once, and Kendrick is talented enough to make use of it again. Rappers rapping about their upbringing will never end, but Kendrick Lamar isn’t conventional in the least.

We knew Kendrick was going with a new concept for this album. It wasn’t going to be your traditional 808-laden, two-club-hits-and-a-love-song hip-hop album. But Kendrick was never that to begin with. It was going to be soulful — conscious as they say. He gave us "i" back in September, an uplifting track about self-love — there’s an updated (see: much better) version of "i" on the album that sampled The Isley Brothers. We got a taste of the new musical arrangements back in December on The Colbert Report when he performed an untitled song that if released would probably have been the best song of 2014 (it didn’t even make the album). Then we got the artwork for To Pimp a Butterfly. If the direction of the album wasn’t clear before, it was now. This is about to be some social commentary / Black Excellence music. I wasn’t scared that Kendrick would deliver a flop. I was afraid that he would only dip a toe into the pool of Black Excellence music, that he would hesitate to speak on social issues, or succumb to label pressure to provide a few radio-friendly records. He didn’t. Not one bit.

To Pimp a Butterfly is perfect. There’s no other adjective that can properly convey its greatness. To Pimp a Butterfly is an immaculate amalgamation of rap, jazz, funk, soul, and spoken word. It cannot be restricted by a single genre. It’s the latest evolution of Black Music, and it’s nothing short of genius. (Black Music, inhabited by the likes of Curtis Mayfield, James Brown, Prince, the Fugees, Andre 3000, and D’Angelo. A land where the natural barriers of music don’t exist. A place where the main goal is the advancement and protection of the culture.)

Crafted with a live band consisting of Bilal, Thundercat, Terrace Martin, and Anna Wise — all talented artists in their own right — To Pimp a Butterfly pulls no punches. The first track, "Wesley’s Theory" featuring George Clinton and Thundercat and produced by Flying Lotus sets the tone, opens with a sample of Boris Gardiner’s 1974 song "Every Nigger is a Star." On "Wesley’s Theory" Kendrick tackles consumerism and rampant debt that plagues black entertainers, something that he has (so far) seemingly avoided. Speaking first from the perspective of a young black musician forecasting his downfall into the trap of wealth and greed ("When I get signed, homie I'mma act a fool / Hit the dance floor, strobe lights in the room"), and then from the perspective of "Uncle Sam" who encourages him to buy everything on credit ("What you want you? / A house or a car? / Forty acres and a mule, a piano, a guitar? / Anything, see, my name is Uncle Sam on your dollar / Motherfucker you can live at the mall"). 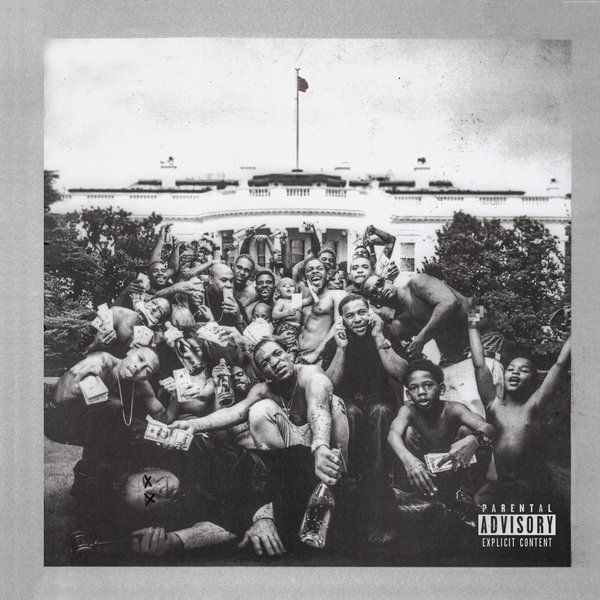 To Pimp a Butterfly succeeds D’Angelo’s Black Messiah as the most important album in black culture right now. In the face of Ferguson, police brutality, and widening economic disparity, Kendrick Lamar tackles social issues through music and does so exceptionally well. It’s a dark album for dark times, right in line with recent projects from Drake and Big Sean, but To Pimp a Butterfly is miles ahead of the competition in its quality and its message.

On "For Free", Kendrick employs spoken word with double and triple entendres better than Jay Z could ever dream of doing. The song is unbelievably complex. It can be interpreted as chastisement of America for its treatment of African Americans, or a Black Excellence anthem, or just as a fight with a girlfriend. It’s a true work of art whose meaning will be debated for years. "For Free" is To Pimp a Butterfly encapsulated in one song. There is no single definition of this album. There is no single genre. There is no single flow. It is unlike anything I’ve heard before.

"u," produced by Sounwave, is a direct contrast to the uplifting "i." Kendrick is speaking to himself, depressed and broken, repeating the hook 10 times ("Loving you is complicated"), and admonishing himself, despite his accomplishments. With "u" and "i," Kendrick depicts the struggle of expressing black self-love better than any artist has done in recent memory — the highs and lows, the inner joy, the self-hate, the bravado, the blame. Kendrick told Rolling Stone "u" was one of the toughest songs he’d ever written. "There [are] some very dark moments in there. All my insecurities and selfishness and letdowns. That shit is depressing as a motherfucker. But it helps, though. It helps." Sequencing is crucial on To Pimp a Butterfly— right after "u" we get the anthemic "Alright" to pull us out of the doldrums. And that it does.

Even though it’s not an album designed for a wide audience ("I’m not talking to people from the suburbs. I’m talking as somebody who’s been snatched out of cars and had rifles pointed at me," Kendrick told The New York Times), To Pimp a Butterfly has wide appeal, thanks to the excellent beats and production that inject energy into consequential records. The funky bass line turns deep records like "King Kunta" into party songs. "Alright," produced by Pharrell Williams, is a certified hit rap-along. The jazzy "Complexion (A Zulu Love)" featuring Rapsody will make your grandmother shimmy, even with its powerful lyrics ("Dark as the midnight hour, I'm bright as the mornin' sun / Brown skinned, but your blue eyes tell me your mama can't run").

To Pimp a Butterfly is the best album of the 21st century, the best hip-hop album since Notorious B.I.G.’s Ready to Die and Nas’ Illmatic in 1994, and it cements Kendrick Lamar’s spot as an all-time great. Those whispered conversations about Kendrick’s spot in hip-hop history can begin in earnest. The last artist who debuted with two classic albums was Notorious B.I.G. That’s where we’re at. That’s where Kendrick Lamar has brought us.

The final track is "Mortal Man," a 12-minute address that unveils Kendrick’s motivation for making more conscious and important music partially came from a visit to Nelson Mandela’s jail cell on Robben Island, and it asks an important question that may have little to do with music ("When shit hits the fan / is you still a fan"). The song ends with Kendrick interviewing Tupac Shakur (Tupac’s audio is from a little-known interview he conducted with a Swedish broadcasting company in 1994) discussing income inequality, racism, riots, and the fate of the next generation of black men in America. It’s a jarring ending, but it’s so crucial. To Pimp a Butterfly couldn’t end on a hook or a verse. Released the day after the 20th anniversary of the release of Tupac’s Me Against The World — widely considered his best body of work — Kendrick Lamar’s To Pimp a Butterfly exceeds the best work of his idol.

Calling Kendrick Lamar the best rapper alive doesn’t seem right. That title seems unworthy for Kendrick Lamar, not the other way around. While artists like Lil Wayne, Eminem, and Drake are happy fighting for that title, Kendrick is seemingly aiming for something far higher than that, a position that truly captures the power of his voice. He acknowledges his lofty ambitions in "Mortal Man" ("Want you to love me like Nelson, want you to hug me like Nelson / I freed you from being a slave in your mind, you’re very welcome / You tell me my song is more than a song, it’s surely a blessing").

Some will call it outlandish, or downplay the idea that a rapper could have any substantial positive influence over a culture and their opinion would be valid. We’ve never seen it happen before. But the culture is changing, and the next strong black leader hasn’t presented themselves yet. Is Kendrick close? Not even remotely. But if he continues on this path of putting out music touting black power, equality, justice, and unity, could his influence grow? It wouldn’t surprise me. Nothing would surprise me at this point.