Coming in June with a Snapdragon 810 processor, Microsoft Office apps, and an impossibly thin profile

Announced at Mobile World Congress a year ago, the 10-inch Xperia Z2 Tablet remains one of the thinnest and lightest tablets around, but now it has a successor that steps things up a notch. The new Xperia Z4 Tablet matches the iPad Air 2's 6.1mm thickness while being notably lighter at just 393g for its LTE model. It's still waterproof, it still lasts an awfully long time, and of course it runs the latest version of Android, Lollipop.

The big change with Sony's new flagship tablet this year is a renewed attempt to woo business customers. Now that Sony no longer has its VAIO laptop line, it's decided to add a Bluetooth keyboard and Microsoft's Office productivity suite to its best Android tablet.

The BKB50 keyboard is pitched as bringing a "premium laptop experience," however my time with it was underwhelming. The keys feel hollow, offering little resistance while typing, and they make an unpleasantly loud noise. A few of the most commonly used buttons are also unhelpfully shrunken, with the Tab, Backspace and right Shift key all being too small to reach with my natural typing style. I've been a big fan of Sony's chiclet laptop keyboards over the years and it's disappointing not to see a true translation of that quality in this latest accessory. 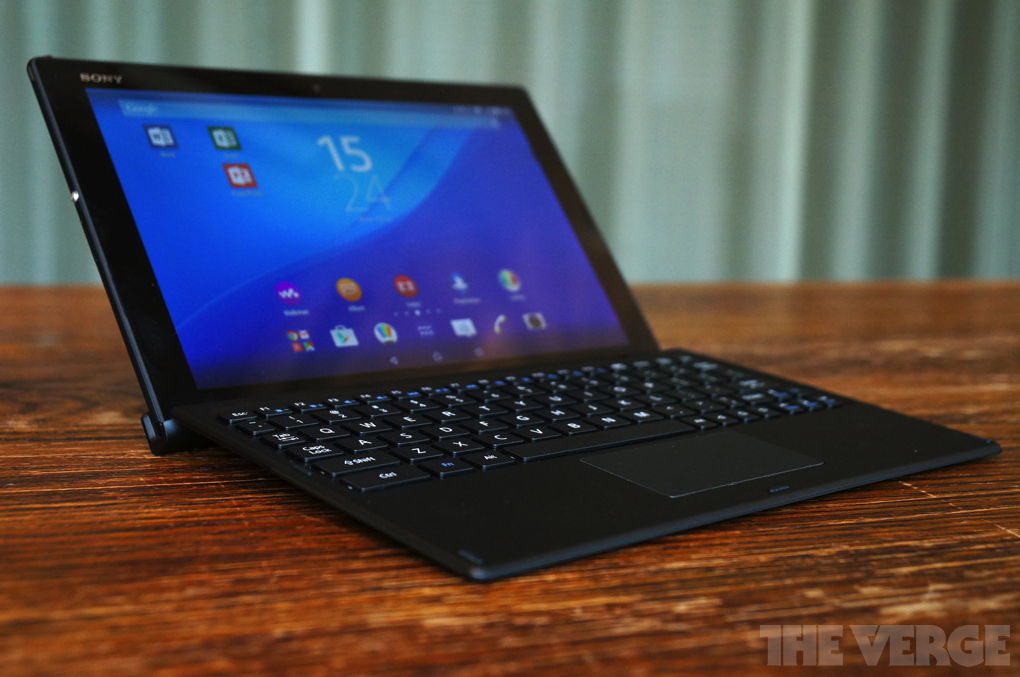 Sony used to make amazing chiclet keyboards, but this isn't one of them

To augment the keyboard, Sony has included a PC-syle launcher in the bottom left of the Android interface, which is designed to be a familiar landing spot for people used to the Windows Start menu. Another affordance to those habituated to Microsoft software is the preloading of Microsoft's Word, PowerPoint, and Excel. Like Samsung did with the Galaxy S6 yesterday, Sony's seeing value in distributing Microsoft's applications on the Android platform, which bodes well for the future of Office and the rest of Microsoft's software stable.

Beyond the effort to fill the void left by its former laptop range, Sony's goal with the Z4 Tablet has been to maximize its strengths and extend its leadership. The company's proud of its reputation for making devices that are both beautiful and waterproof, and the Z4 Tablet improves things that little bit further with a USB port that no longer requires a cap. So long as the port is fully dried out after taking a dip in water, it'll function just fine.

"We will not compromise on stamina at all," says Sony, and indeed the new Z4 Tablet has the same 6,000mAh battery as its predecessor, only this time it's said to be even more efficient, lasting for a full 17 hours of video playback. That's in spite of raising the display resolution to 2K (2,560 x 1,600) and moving up to the new octa-core Snapdragon 810 processor. More powerful, yet longer-lasting and somehow even thinner: Sony's devices continue to be marvels of engineering. The bezel around the 10-inch display has also been reduced, responding to feedback from users who felt the Z2 had too much. 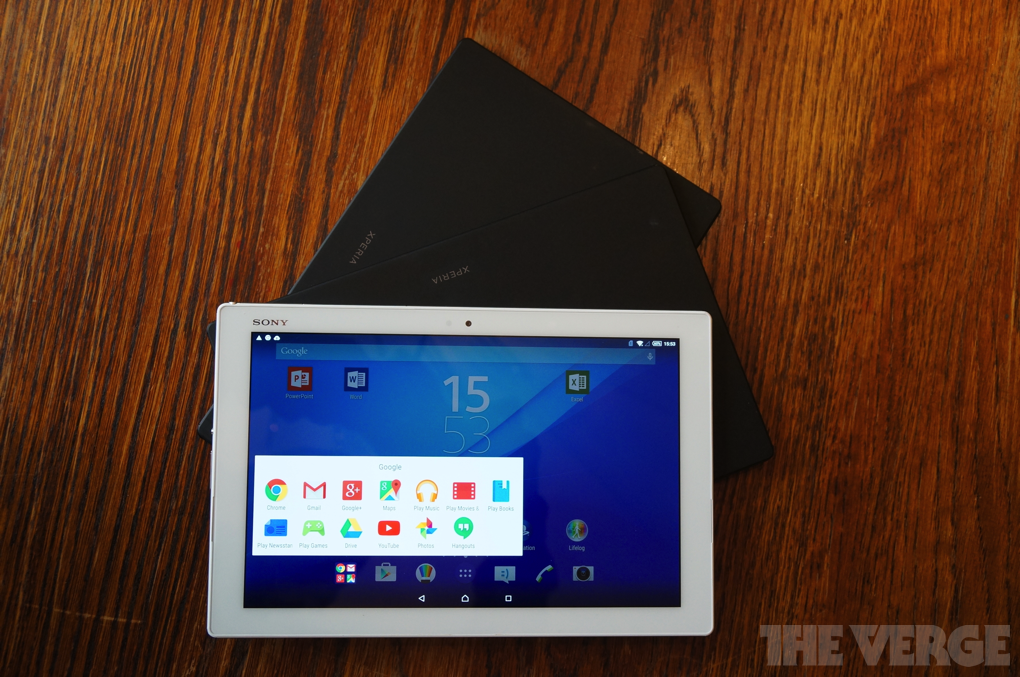 The Xperia Z4 Tablet maintains Sony's high standards for build quality with a very solid construction and a pleasing, easy to grip texture on its back cover. I'm a big fan of the understated appearance of the matte black version.

A true marvel of hardware engineering

For all its glorious feats in constructing this tablet, Sony knows that the biggest achievement will be to convince people in the value of Android tablets over their eternal nemesis, the iPad. Tablets of all denominations have seen their sales slowing down lately, but perhaps things like Sony's PS4 Remote Play can revive the interest in what are incredibly potent and simultaneously compact devices.

One of the few major new products here at MWC to not be launching imminently, the Xperia Z4 Tablet is set for a global release in June of this year. It will come with 32GB of onboard storage, expandable via a microSD card, and will be offered in both LTE and Wi-Fi-only variants.