One of the biggest tells of the state of the industry has long been the annual Adult Entertainment Expo and AVN Awards, an event which became smaller and sadder every time that I went, until I finally skipped it this year because you can only watch an industry collapse for so long before it starts to feel depressing. But a month and a half after playing hookie from the Oscars of the adult industry, I was presented with another chance to assess the state of the industry, or at least of sex on film, as New York played host to not one, but two, erotic film festivals over the course of the same weekend. 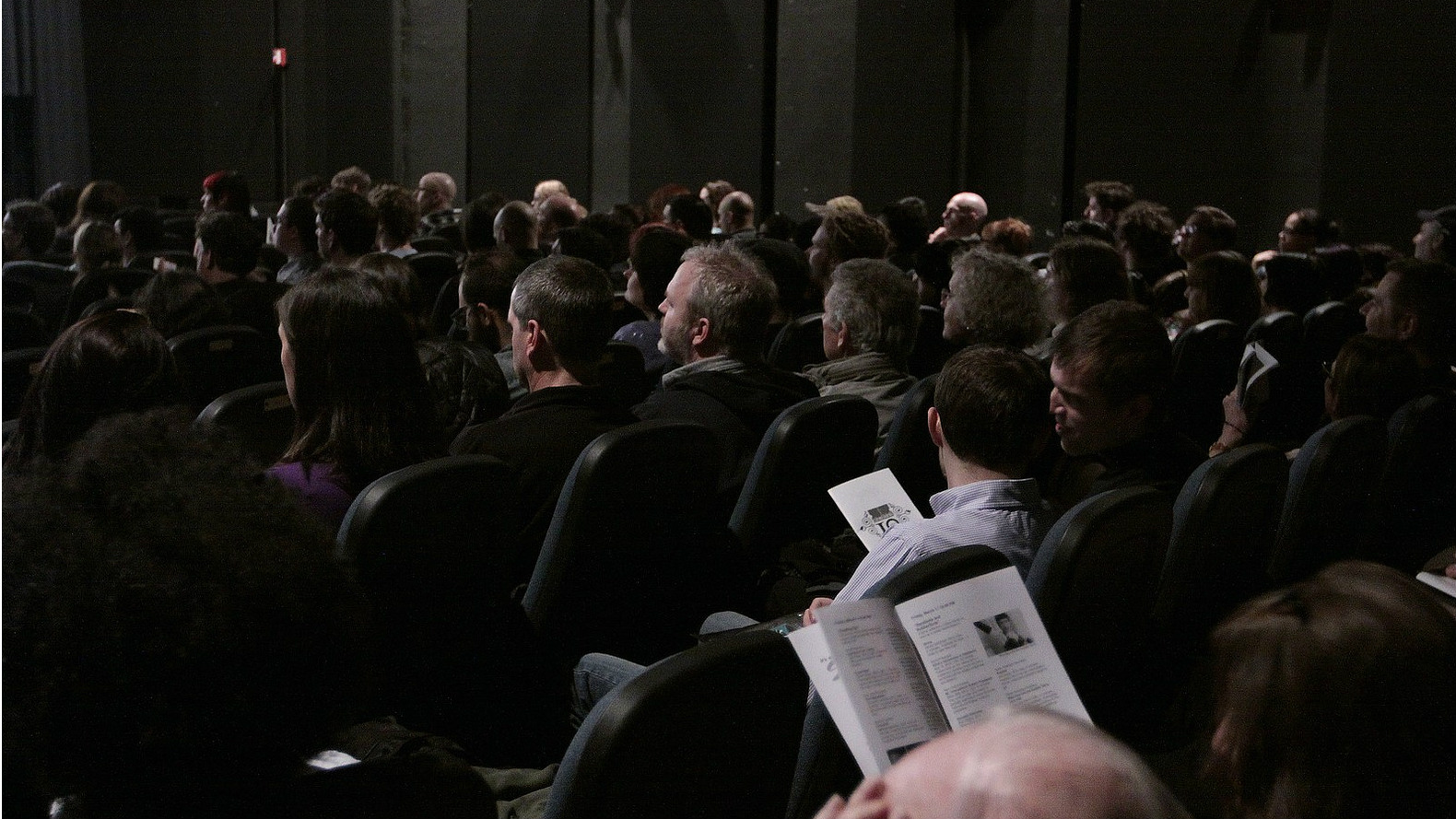 My CineKink experience begins on Wednesday evening with the US premiere of Air Sex: The Movie. It's a cute documentary that functions as a sort of concert film for the 2013 national tour of the Air Sex National Championships (if you're confused: it's basically air guitar for sex). Following the film, there's a Q&A with the filmmakers, which culminates in an invitation for audience members to engage in a little competitive air sex of their own. Three brave souls give it a whirl, one wins a little paper trophy crowning her CineKink air sex champion. It's one part sexy, one part funny, and more than a little weird — the perfect way to ease into a week of sex-themed cinema. 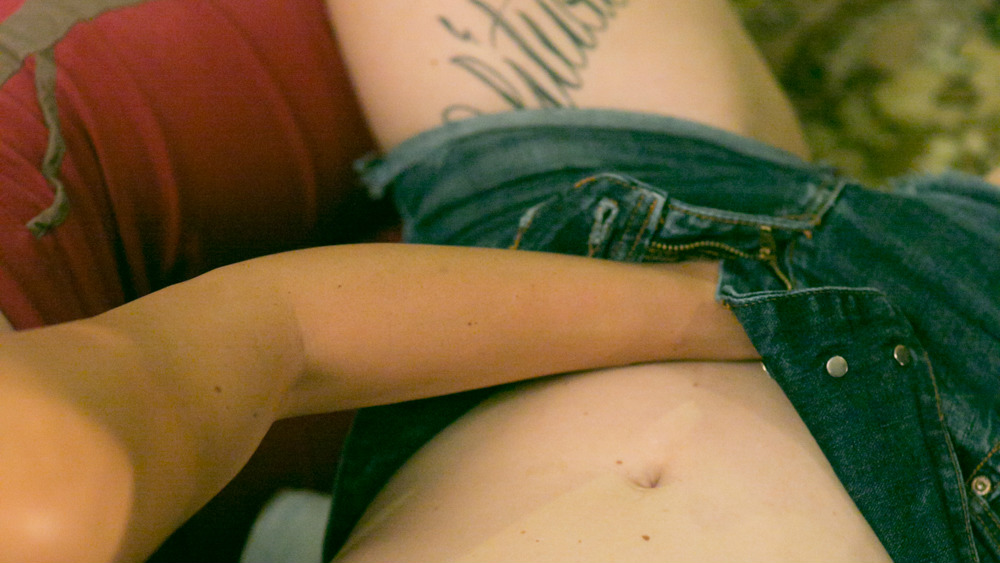 Put The Needle on the Record (Image courtesy of Cinekink)

On Saturday morning I swing by the apartment of Cindy Gallop, the ad exec turned sex tech mogul behind MakeLoveNotPorn.TV. Cindy and her site were featured during the Friday programming block of NYC Porn Film Festival, and I'm curious to hear about her experience before I see it for myself. She speaks glowingly of the festival: the crowd was positive, the room was packed, everyone really got what she was doing. "There's something enormously validating about sitting in a real world audience who is watching a sampler of the kind of thing you do and responding so brilliantly," she tells me.

Did the program designers just put everything together while stoned?

And then the first film starts. In my desire to throw myself into the experience, I'd neglected to check what, exactly, would be playing at Saturday at 3PM; it turns out it's James Franco and Travis Mathews' Interior. Leather Bar.

Interior. Leather Bar is so bad it feels like a parody of the worst impulses of a porn film festival. It's over intellectualized and incredibly unsexy: though it purports to be Franco and Mathews recreating the 40 minutes of gay sex censored from the movie "Cruising," it's more like two minutes of gay sex and an hour of straight men agonizing about gay sex and actors who are uncomfortable with explicit cinema agonizing about doing sex scenes. On multiple occasions, I feel my brain shutting down out of sheer boredom; my main takeaways from the film are that a) James Franco is really, really angry that he had the misfortune to be born heterosexual and b) no one told James Franco that you can't shoot your own Hearts of Darkness. 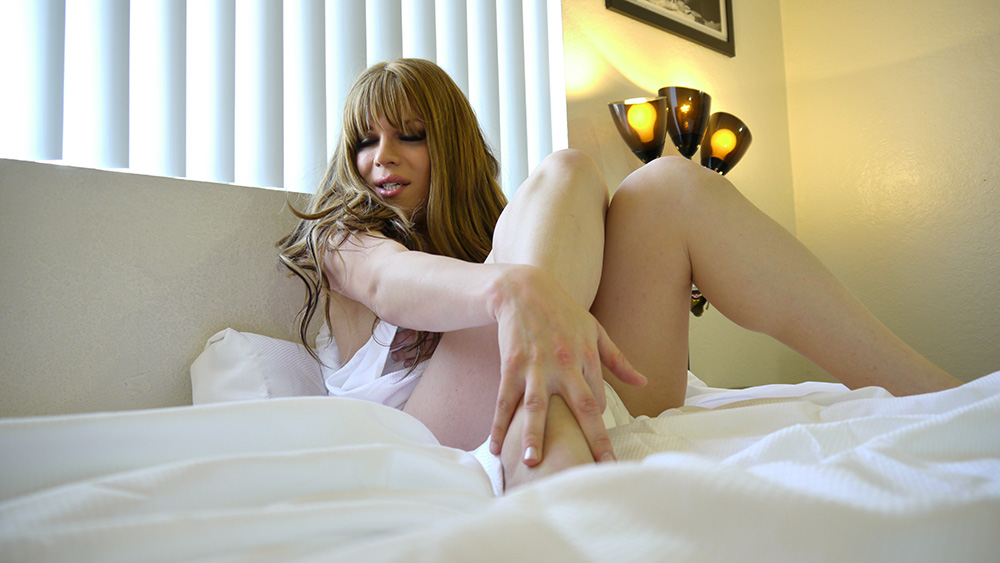 Later that night, I return to Secret Project Robot. The protesters are gone, but the crowd is in full force, and the screening room is at fire code-violating capacity. The shorts currently screening are far more to my liking than Interior. Leather Bar, but it dawns on me that that's not the point. Both here and across the river at Anthology Film Archives, a number of people are paying to watch weird, arty, thought-provoking films about sex, and at the end of the day, that's a tremendous win.

people are paying to watch weird, thought-provoking films about sex, and that's a tremendous win

The next day I return to NYCPFF and am impressed to see that, despite the snow that's blanketing the city, the crowd is still standing room only. I ask a few attendees what's inspired them to take part in the festivities. Scarlet Fox Letterpress founder Meena Ziabari tells me she was drawn to the festival "because it's celebrating human sexuality, and not afraid of turning people on. It seems like there's substance, and they're making statements ... It seems really thoughtful, which you'd think would be difficult to achieve."

When I talked to Cindy Gallop, she'd told me that she wholeheartedly believes that people will always pay for "individual creative vision" — the same kind of creative vision that's made Ziabari and her friends to brave the elements to watch indie sex cinema in a Brooklyn art space. As I watch the Bushwick crowd applaud the offbeat celebrations of sexuality screening that day, I start to think that Gallop might be onto something.