Battlefield: Hardline became the punchline to a bad joke about police militarization in America long before it even came out. It was heavily marketed both as a playable action movie and as a “premium cops and robbers experience” — as if you can now use the same vague marketing labels that sell yogurt to capture the most discerning video game killer. And after my second hour of shooting up “bad guys” as part of an asinine drug war plot in a near-future Miami, I started to wonder if EA would ever learn how to make a good action game.

Turns out EA did learn how to make a great action game, it just took a while to get there. 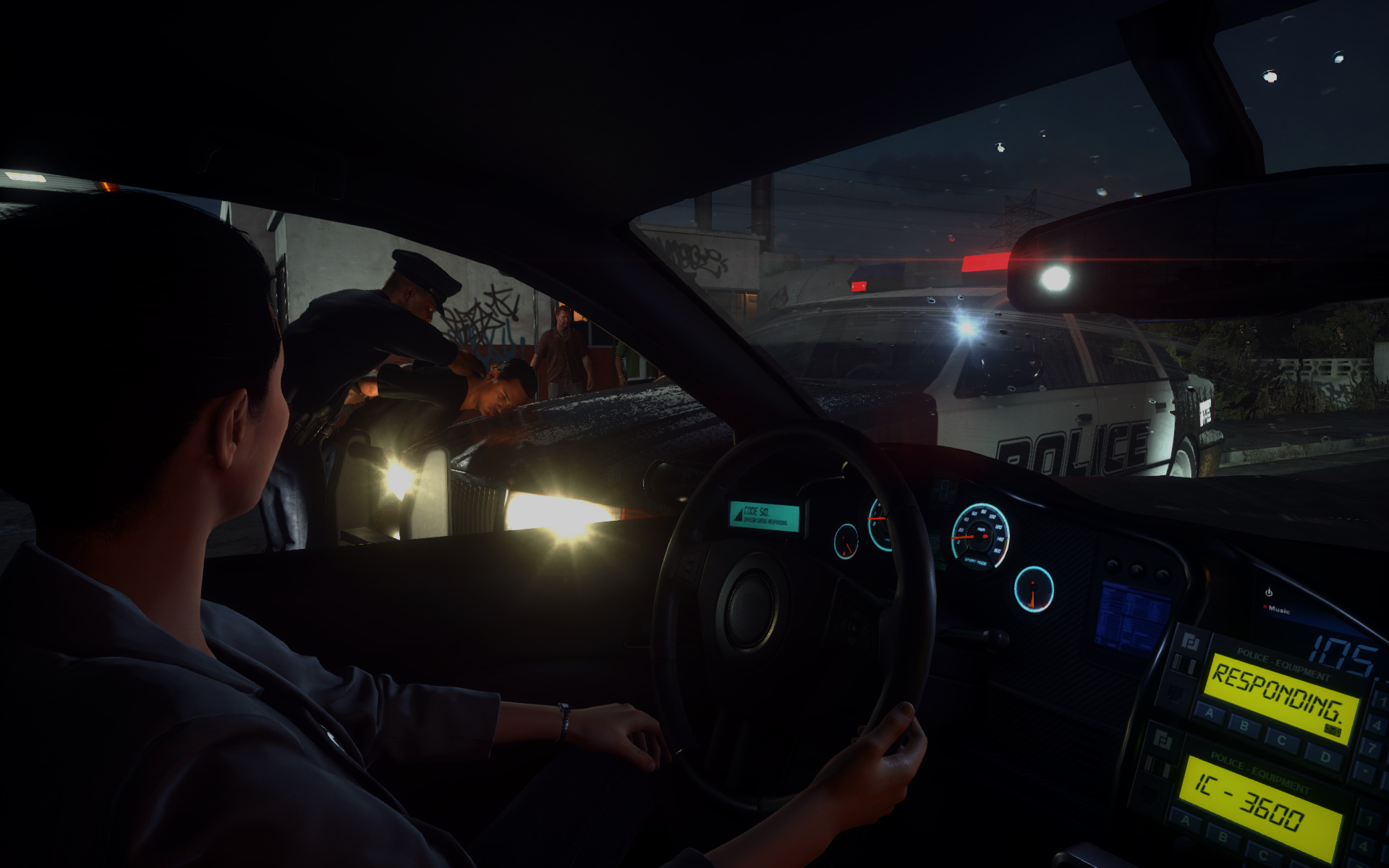 Maybe EA can be forgiven for the learning curve. It only recently started making Hollywood-style single-player action stories for the Battlefield franchise, which started out in 2002 as a big multiplayer war simulator. In 2011, EA started competing with Call of Duty by giving Battlefield 3 a raucous single-player campaign. Set in the United States, Hardline marks both a thematic shift from the series and a change on the development side; it was made by Visceral Games instead of long-time Battlefield developer DICE. It still looks and feels like a Battlefield game, but unlike its predecessors, the real story here isn't multiplayer.

The game begins with a memorable KRS-One track playing in a loop over a loading screen. I think the developers of Hardline Googled "bad cops," found this song, and then ripped its lyrics to create half of the game's plot in the most bland, cynical way possible. One of the first scenes forces you to stealthily investigate a person of interest, and the only way to get to him is by brutally knocking out "criminals" who appear to be doing nothing but chilling on the sidewalk outside their homes. The game’s only justification of this behavior is a marginally racist drive-through of a "bad" neighborhood and the suggestion that your partner likes to do things off the book.

Hardline is filled with so many tropes that it feels like the result of a weird science experiment that cross-bred rejected scripts from The Shield with policy papers from the Nixon administration to spawn a piece of video game writing. In the game you play as Nick Mendoza (Nicholas Gonzalez and Philip Anthony-Rodriguez), an honest young detective trying to stop a flood of liquid cocaine called "Hot Shot." (Really.) Your partners, detectives Khai Minh Dao (Kelly Hu) and Carl Stoddard (Travis Willingham), are vaguely dirty cops who appear willing to do whatever it takes to bring down "bad guys" at the behest of Captain Julian Dawes (played by The Shield’s talented Benito Martinez). At one point, Dao even remarks about how "fun" shooting up bad guys is while airboating through the crocodile-infested Everglades.

She was having more fun than I was, because Hardline’s writing and plot seem to have been given less attention than the finely detailed litter on Miami’s streets. Seriously, though, it’s a gorgeous game, and where titles that strive for photorealism are concerned, it’s the best-looking game I’ve ever played. I generally enjoyed gawking at the scenery more than completing objectives. The original soundtrack from Paul Leonard-Morgan is also top-notch and provides most of the feeling behind the game’s predictable crescendos and twists. One twist I didn’t predict? Battlefield: Hardline actually became a great action game. 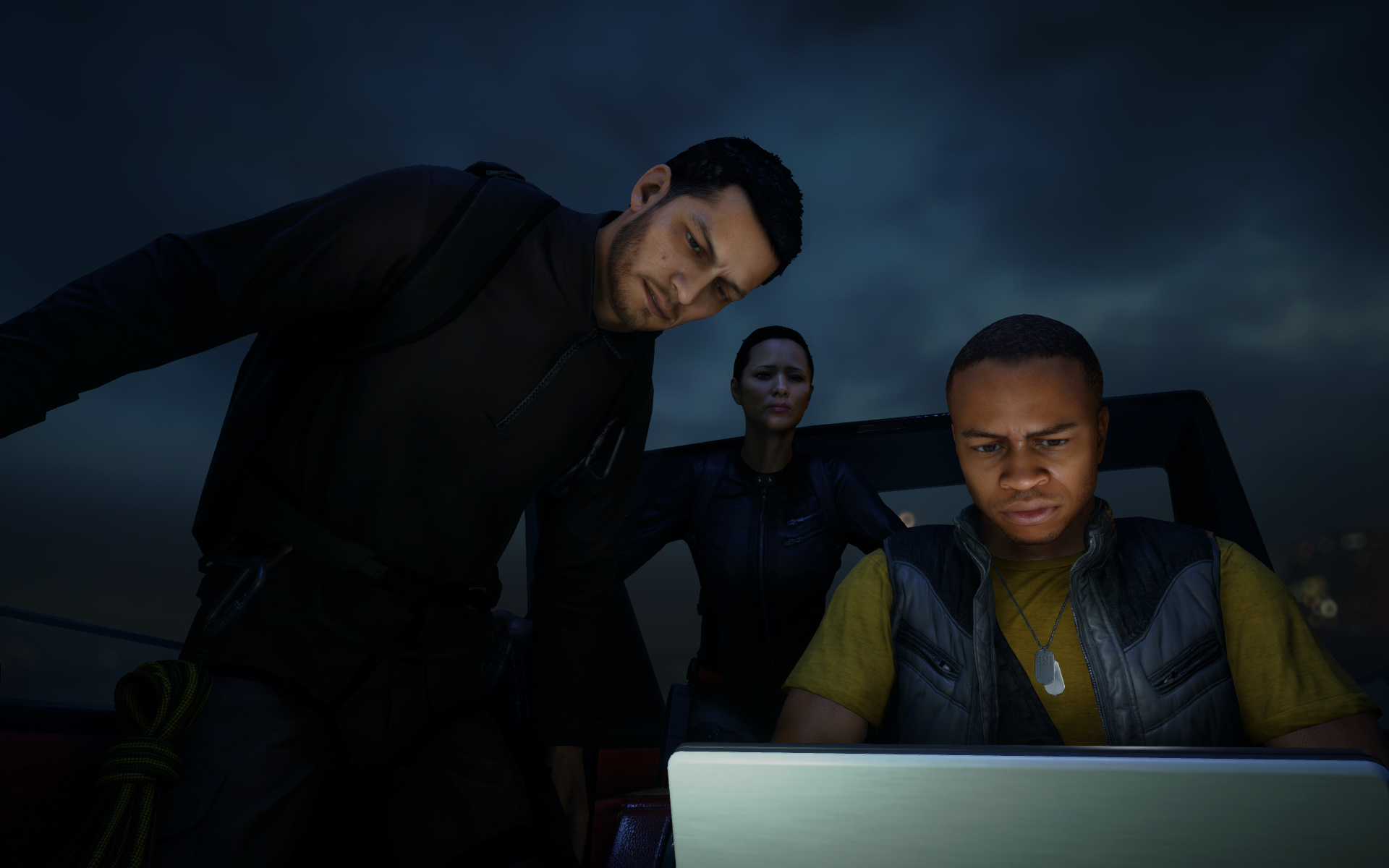 The game becomes a thrilling, rip-roaring caper
I don’t know why EA and developer Visceral, the studio best known for the Dead Space series, felt the need to anchor Hardline with the pretense of emotional gravity, because after the initial episodes in Miami, the game’s tone shifted completely and actually became fun: a thrilling, rip-roaring caper with entertaining characters and lavish setpieces. As soon as Mendoza trades his badge for an orange prison jumpsuit, Hardline introduces eminently likeable characters: the slick criminal Tyson Latchford (Adam J. Harrington), the comic-relief hacker whizkid Marcus Boone (Eugene Byrd) and his love interest Dune Alpert (Alexandra Daddario), and caricatured villains played by Mark Rolston and Fred Tatasciore.

After a few odd jobs, Mendoza, Dao, Latchford, and Boone essentially become the Fast and Furious gang: rough around the edges, inexplicably talented, and ready to crack jokes at every turn. It’s the first breath of fresh air in the Battlefield franchise since Bad Company 2, which also featured a team of four cartoonish characters blowing their way through an outrageous Bondian plot with no veneer of seriousness. In one episode of Hardline, the gang has to ascend an imposing Miami skyscraper guarded by a heavily armed force like something out of Mission: Impossible, and it was a total blast from the opening scene to the dramatic escape.

Hardline even redeems its tone deaf opening act with a surprisingly cognizant take on the military-industrial complex (which can now more accurately be called the military-police-industrial complex). The gang’s eventual target is a booming private police corporation run by the game’s principal villain. The company is called "Preferred Outcomes": a euphemism so fit for reality that Hardline actually reaches a modest level of useful commentary, even if it’s just in service of linear shoot-em-up gameplay. Hardline even eventually makes fun of itself, to boot; at a climactic moment in one episode, Mendoza calls the archvillain a douchebag for the design of his comic book-style lair. 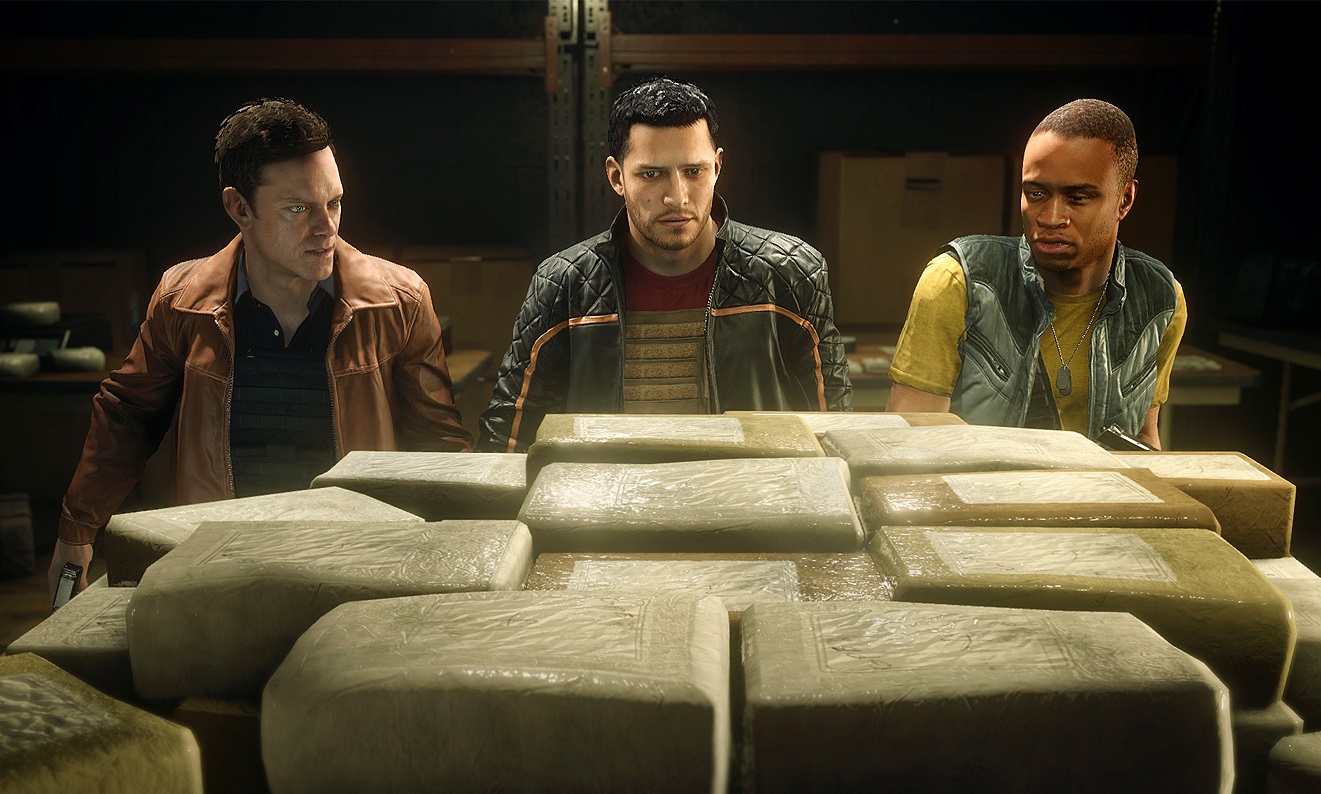 While it’s messy and uneven, Battlefield: Hardline nails some things out of the gate. Most notably, its cast is diverse. It’s honestly really refreshing to play a big-budget video game that’s not completely filled with white men. It’s the first Battlefield game that doesn’t force you to play as a white, male protagonist, and the two leads you interact with most in the game’s first act are Hispanic and Asian. And despite being fed a bunch of lame lines, the casting and acting are great — Gonzalez, Anthony-Rodriguez, Hu, Byrd, Tatasciore, and nearly all of Hardline’s top billing deliver solid performances. It’s also the first Battlefield game that has a memorable single-player experience — in fact, I’d even say it’s better than the tepid multiplayer component for which the franchise is best known.

Other details that make Hardline feel like a cross between a game and a television show are smart, like the game’s bumper which introduces you to the characters and the actors that play them. The game’s episodic approach jumps throughout time to let the story breathe, instead of cramming everything into an adventure fit for Jack Bauer. And if you close the game before completing it, it shows you a trailer for what you’ll see the next time you play and reminds you what happened in the story so far when you open it back up — it’s a small, but nice touch that’s well done.

Hardline is far from perfect, but it shows that EA finally has some of what it needs to make a great action game. Battlefield 3 and 4 tried really hard to present a compelling single-player story and failed miserably both times. I think it’s just really difficult to make something "human" when all that means is slapping some emotional tropes on a game that’s actually only about shooting hundreds or thousands of people in exotic locations in order to collect more guns. Just admit what you really are — an outrageous murder simulator — and own it. Ironically, creating cartoonish characters and putting them in situations without forced melodrama might result in players caring more about what happens to them.

At one point, Hardline makes it very clear that a sequel is coming. And that could be a good thing, if EA finally learns its lesson. Stop trying to shove contrived emotional situations in our face, and just make what you’re apparently actually good at: Fast and Furious the video game.

Correction: The original version of this story claimed that the role of Nick Mendoza was portrayed by one person. In fact, EA neglected to include the voice actor, Philip Anthony-Rodriguez, in the opening credits. Gonzales performed the motion capture for the character. We regret the error.