My favorite new mouse is a carbon-fiber desktop Lambo

Do you need a carbon fiber mouse? No. But do you want one? Probably.

Share All sharing options for: My favorite new mouse is a carbon-fiber desktop Lambo

Gaming mice are the most over-engineered pieces of electronics in the modern home, and none exemplifies the category better than this EVGA TORQ X10 Carbon. It has an 8,200dpi laser sensor, nine programmable buttons, Omron switches rated for 20 million clicks, and, of course, LED lighting in every color of the rainbow.

And it's made out of carbon fiber.

EVGA is a company best known for making GeForce graphics cards, so when it decided to venture out into making peripherals last year, it had to make a bit of extra noise in order to get noticed. That's part of the reason for the carbon fiber sides on the X10 Carbon, though the stronger justification is surely that it feels cooler to know that it's there. Like a supercar that isn't being driven on the track, merely knowing that you have all this power and high engineering at your disposal is a pleasant feeling in itself.

As ostentatious as this mouse is, however, I've grown to like it over the past two weeks, because, well, it's actually a damn good mouse. The glossy carbon fiber doesn't make much of a difference, but the dimpled (plastic) mouse buttons offer a nice texture and a reliable click. The scroll wheel and side buttons are large, easy to find by touch, and work well. This mouse is also ambidextrous, showing some regard for the lefties among us. 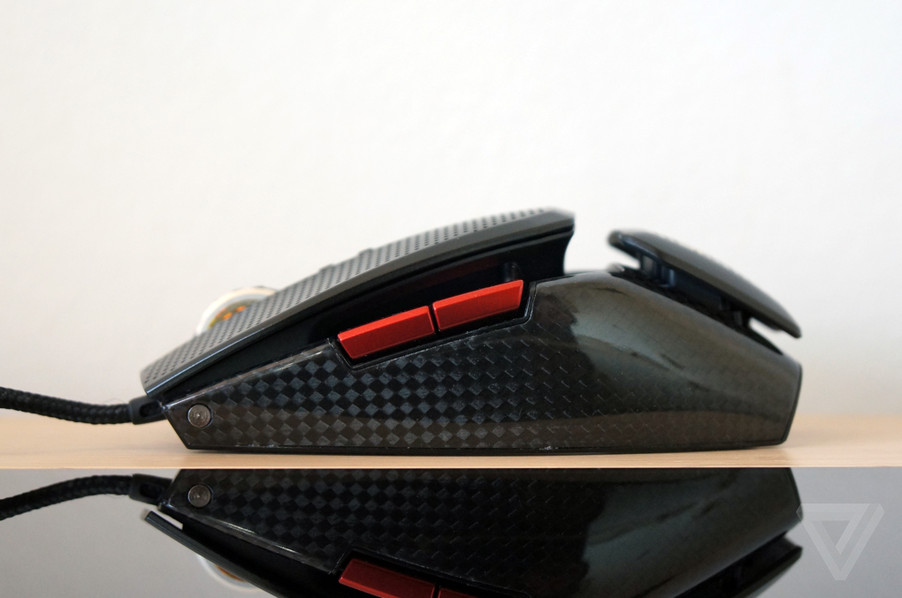 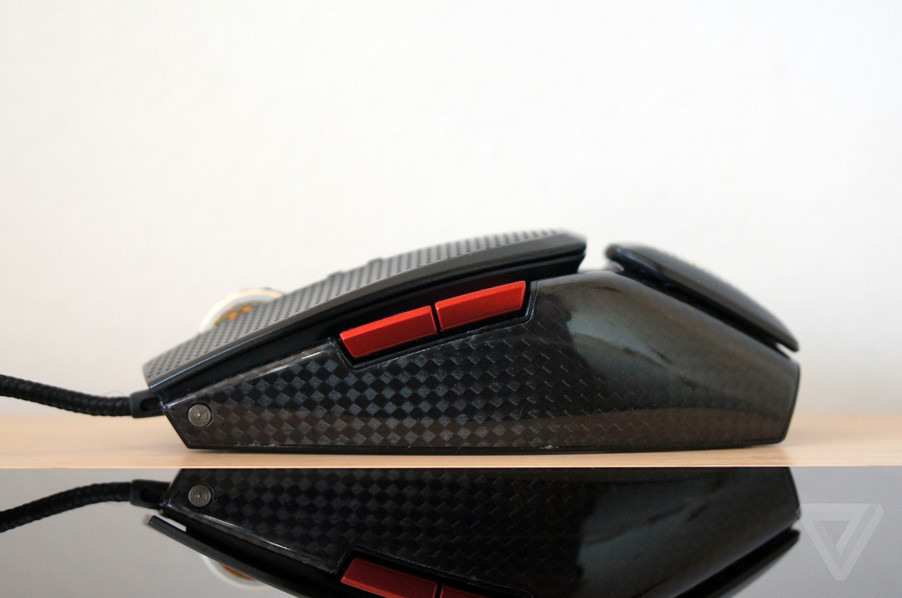 Beyond copying the design and materials of flashy cars, gaming mice often distinguish themselves by allowing for extra adjustability. The TORQ X10 comes with extra weights for granular weight adjustment and a Torx 10 screwdriver for tweaking its height. The latter aspect is probably where the mouse derives its name from, and it's the thing I like most about it. With the rear of the mouse elevated, the EVGA logo fits perfectly into the natural curve of my palm, filling a space that is usually left vacant by other mice.

The EVGA TORQ X10 isn't the best gaming mouse in the world. I don't believe such a thing even exists, given the peculiarities of every person's habits and preferences. I've adapted quickly to its symmetrical design, I enjoy using it, and I'll even admit to liking the excessively macho aesthetics. There's no way to justify paying the $30 premium for the carbon fiber version ($99.99 vs. $69.99) — but then nobody's buying a real Lamborghini for utilitarian reasons, so why try to find them for the gaming mouse equivalent? 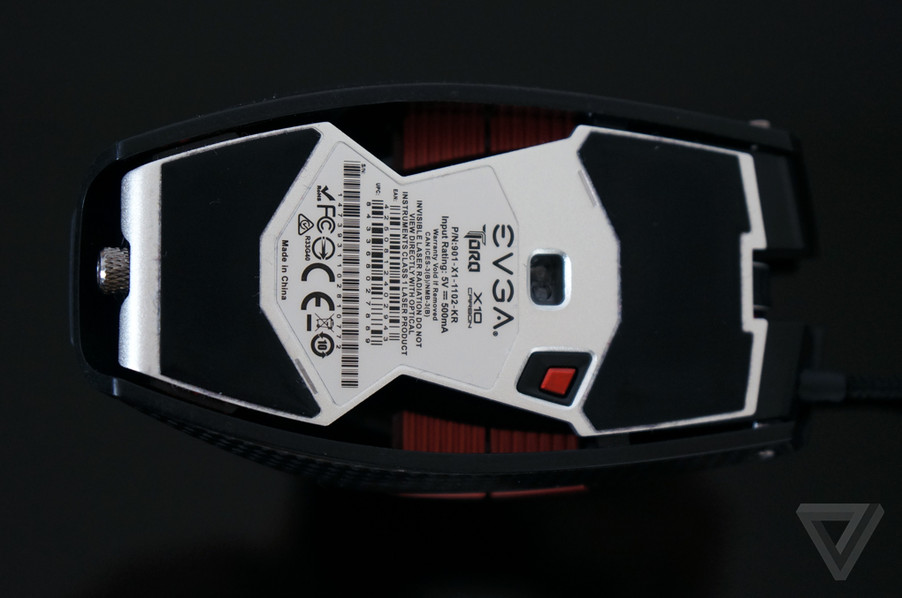 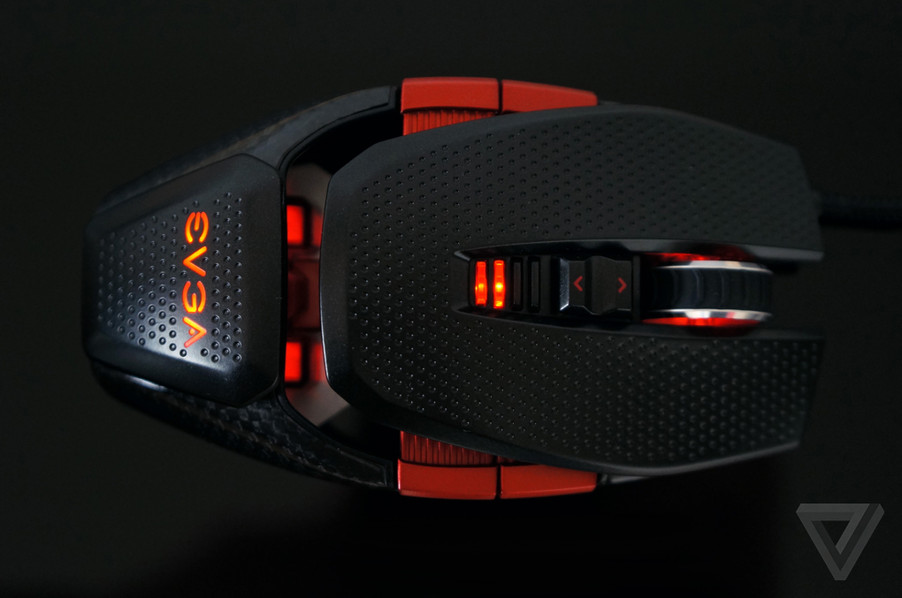 Samsung’s next Unpacked event is set for February 9th