There's something eerily beautiful about these pictures of Sphynx cats

I sometimes google pictures of baby wombats, just because I can. I could watch videos of naked mole rats scurrying around for hours. Between the ages of five and 21, I was convinced that I would study snakes for the rest of my life, and I think Indian purple frogs are downright adorable. In short, I like weird-looking critters. It's a thing.

So, it shouldn't come as too much of a surprise that I think these Sphynx pictures are the cat's meow (sorry). To satisfy my curiosity about how these came to be, I got in touch with the photographer — Alicia Rius — to ask her a few questions about the project. The following is a lightly edited transcript of that conversation. 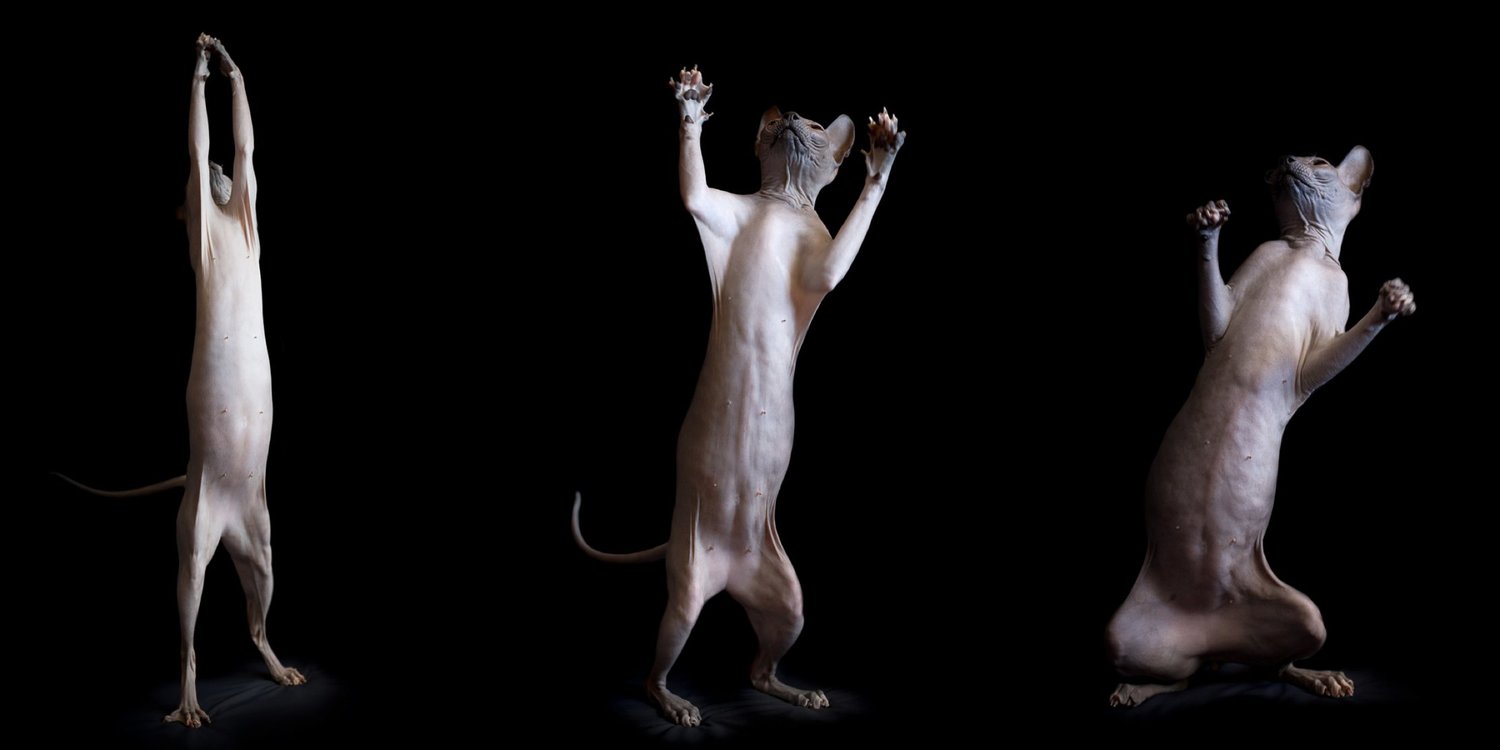 Arielle Duhaime-Ross: Why did you decide do to take these photographs?

Alicia Rius: So, the first time I saw a Sphynx cat I thought "what is this?" I was mesmerized. It was so weird, I could feel the folds and the skin — everything. It was like a raw cat. And I’ve always liked weird things. They just draw you in. 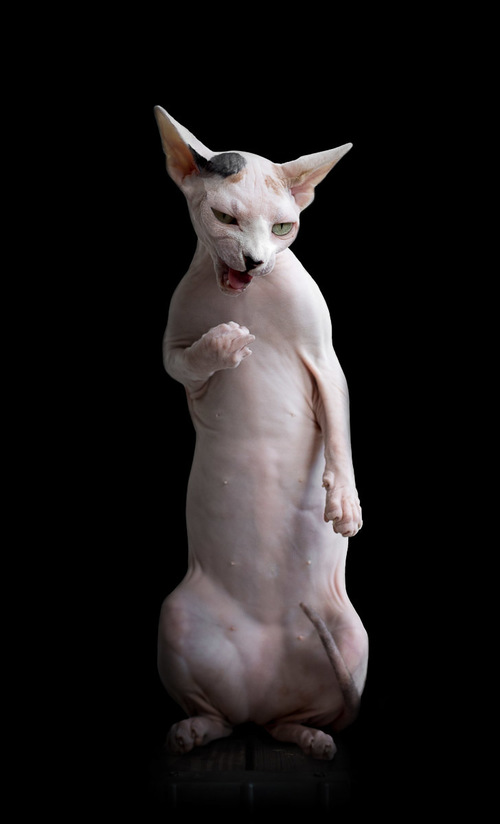 So when I saw the Sphynx cat for the first time, about three years ago, I lost it. It was something beautiful and awkward and rare. I became a bit obsessive. I started looking for Sphynx cats in San Francisco. Eventually, I met a woman through a friend who had two cats, and I photographed them. And that was it!

A lot of people have photographed Sphynx cats, but no one has created a body of work around them. I decided that I was going to really explore this. That’s when I started to contact cat owners through Facebook and Craigslist, just asking around if they had Sphynx cats that I could photograph. I wanted to photograph their anatomy, the way they move, how they behave when their body is exposed. Their armpit, you know... they look like a bat. And when you look at the paws, you can’t really see what animal it is. They’re just so different.

I also have a weird fascination with animals that are awkward and strange. And these pictures are really striking; I’ve never seen this breed pictured in quite this way.

That’s the thing — the more I photograph them, the more I notice their bodies. It’s funny because at some point, because of the way they move, I stop seeing a cat, and I just see abstract figures that are very interesting. The way they lick the paws... depending on my point of view, I just see a figure that’s attracting me. 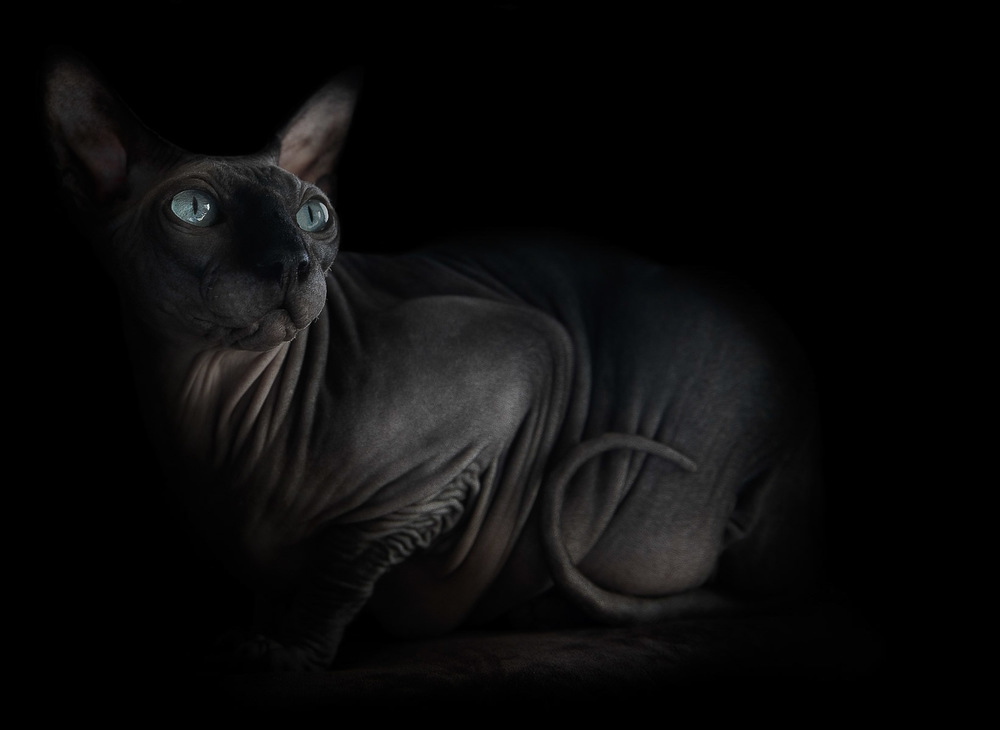 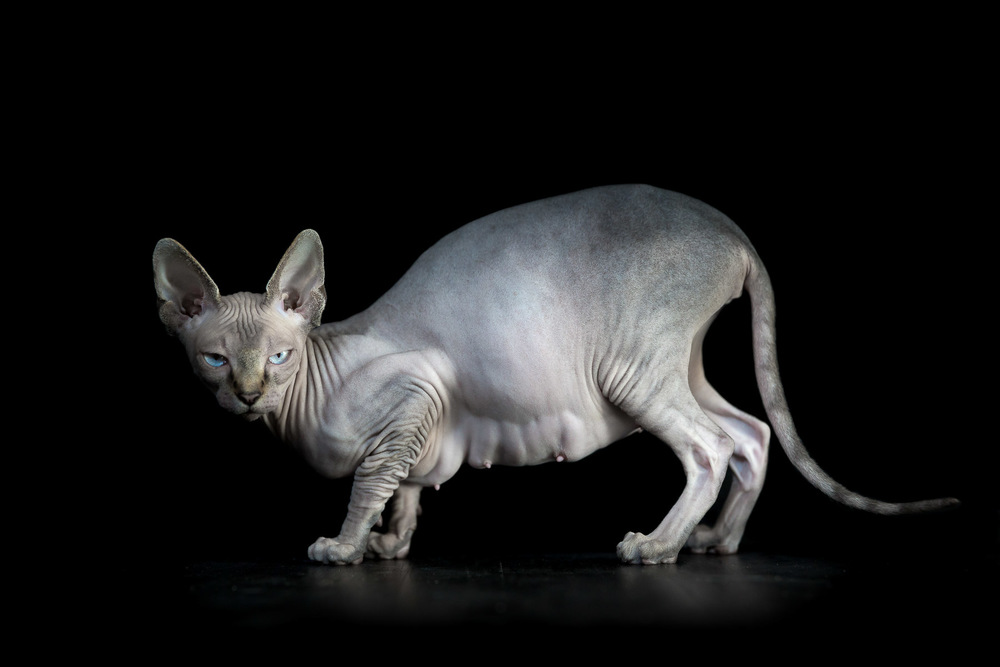 How have people reacted to this project, so far? Has the reaction been surprising?

Not very surprising. They’re beautiful to me. So what I wanted to share with people is that within that ugliness, there is a beauty factor. It’s in their stoic figure, the beautiful profile, the bones, and the muscles. But people are very radical. They either love it or hate it. 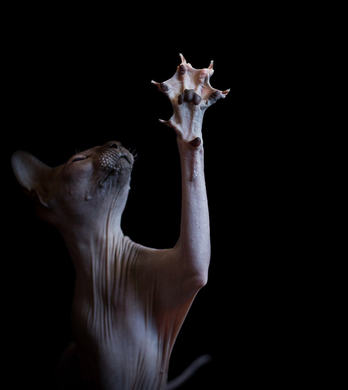 "portraying them in a very aggressive manner."

Some people feel that the photos are beautiful and interesting, but when I ask them, "Would you handle a Sphynx cat?," they say "No!" Others say "Yes, now that I see these pictures, I probably would." The reactions tend to be extreme.

That makes sense to me.

You know, I’ve read some funny posts where people have said that they look like the devil’s spawn [in my pictures]. And it’s true. I have been portraying them in a very aggressive manner.

However, they are so playful and joyful. They are the friendliest cats ever. They just want to be with you, jump around you. Of course, they are seeking the heat of your body because they’re naked, and they like to be very active with you so they can keep warm. But the difference between these cats and others breeds… So far, I’ve found that these cats are very loving creatures. They really want to cuddle you. It’s a good example that shows that looks can be deceiving.