A close look at the Gear VR for the Galaxy S6

Virtual reality is now an accessory, not a niche technology

Earlier this week, we saw some big news in the world of virtual reality when HTC announced the Vive, a new VR headset made in partnership with legacy video game company Valve. But the most important news for the adoption of virtual reality came from Samsung, Oculus, and Facebook: there's a new version of the Gear VR that can be powered by both the Samsung Galaxy S6 and the S6 Edge.

Virtual reality is quite obviously still in a nascent state. Even the best headsets still face myriad problems like poor resolution, bulky headsets, and social stigma. "What we want to do is we want to get down to sunglasses," says Max Cohen, head of Oculus Mobile.

But that’s not going to happen anytime soon. Cohen couldn’t comment on a time frame, but admits how far Oculus has to go before VR glasses are a reality. "Every aspect of this technology, both on Gear VR and the Rift, still needs to improve to get it where we want it," he says. "We're not going to declare victory any time soon." Until then, headsets that use phone drop-ins might be the best consumer solution available.

The original Gear VR, which works with the Galaxy Note 4, took a step towards solving some of VR’s problems, but left much to be desired. The resolution was good enough, but not great. It was wireless and light, but got uncomfortable after extended use. And it did little to change the fact that people inevitably view you differently once you have a VR headset on your face, and you’re unavoidably cut off from the world. Perhaps most important, not many people owned the Galaxy Note 4, whereas the new version will work on a mainstream phone. 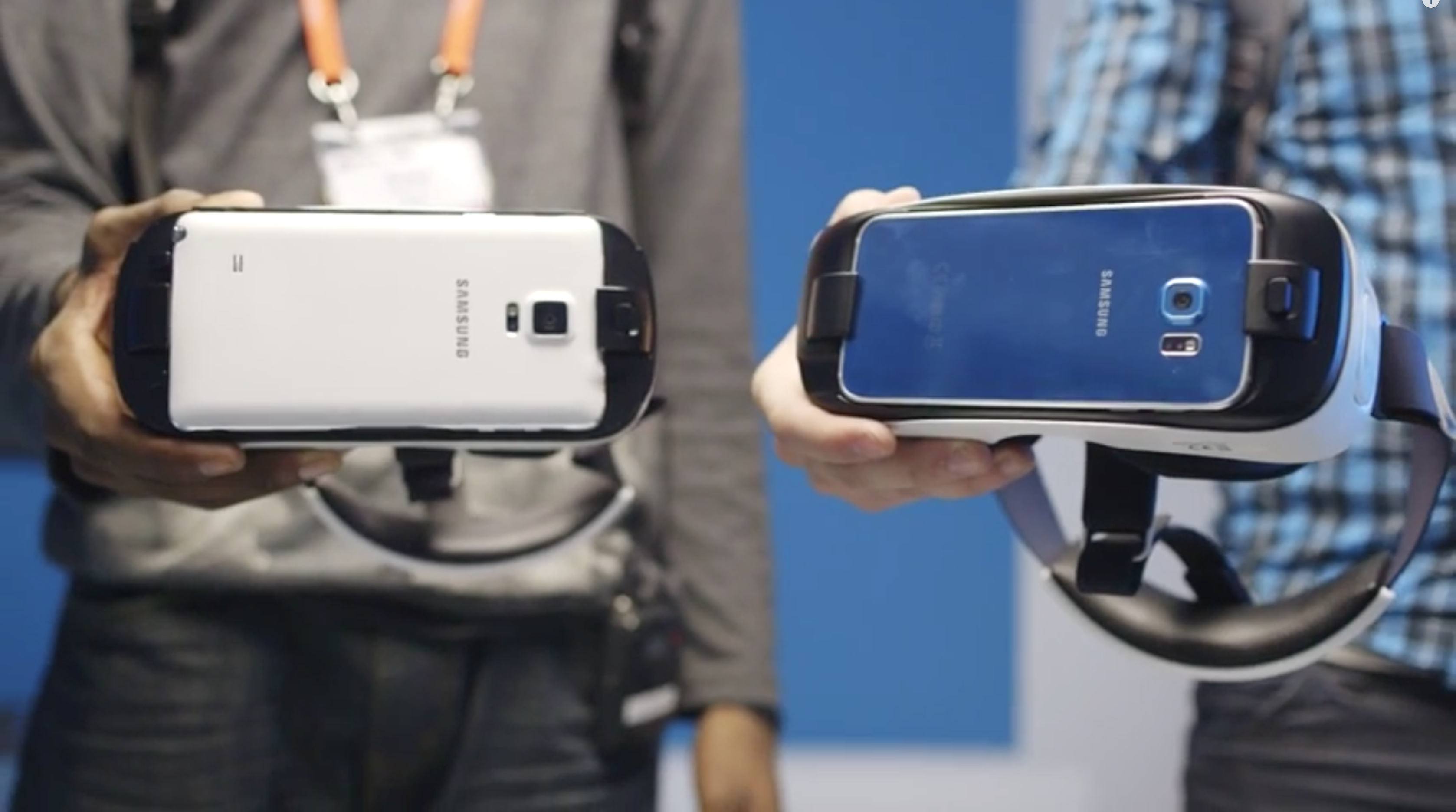 The first two issues are alleviated in the newest version of the Gear VR. At first blush, the new version is not much different than the Gear VR that uses the Galaxy Note 4. But once you put it on the differences are profound. To start with, the whole unit is much lighter, thanks in part to the fact that the Galaxy S6 weighs less than the Note 4. The straps are more comfortable but still fit tightly, and there's a vent on the left side of the headset that helps reduce lens fogging. Overall, Samsung has really gotten the headset to feel, well, less like a headset.

The new Gear VR feels less like a headset

The other big focus for Samsung and Oculus is increasing the screen resolution, which is another place Cohen is ready to admit that the company — and virtual reality as a medium — still has a long way to go.

"The reality is we need to go a lot further. We need 4K screens, potentially even 8K screens. So there's still some time before we feel like we've hit the point where that "screen door effect," as we call the impression of a pixelated display, goes away entirely. But the 1440p looks pretty darn good."

He’s right. The Galaxy S6’s 5.1-inch screen is smaller than the 5.7-inch one found on the Note 4, but that means the pixel density is noticeably higher — 577 ppi compared to 515. That might not sound like a lot, but it made a big difference when I got to try it here at MWC. Everything I queued up — games, a new Cirque du Soleil demo, a 360-degree 3D photos app made by Otoy — was more impressive than anything found on the Note 4 version of the Gear VR. 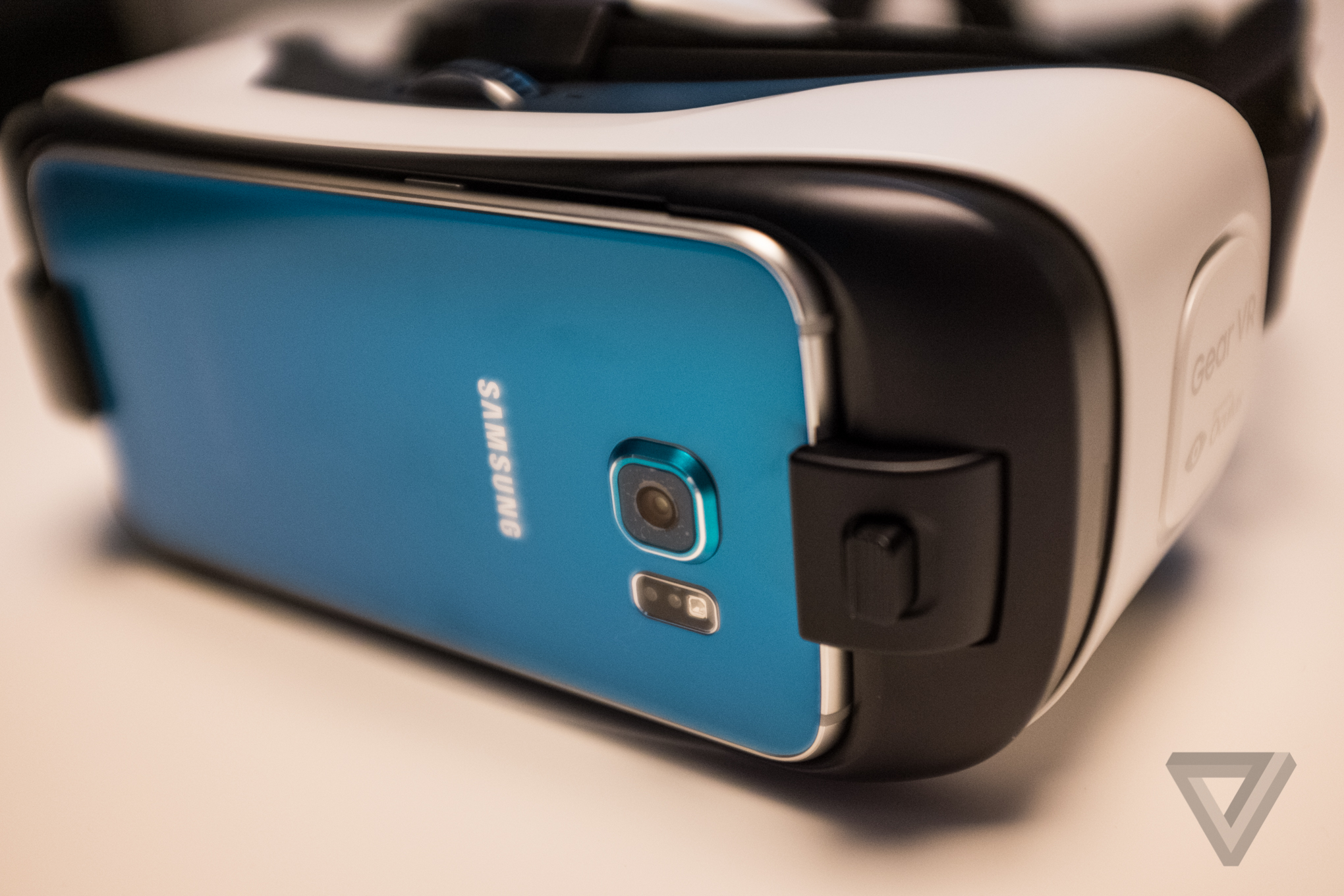 But the difference from the old version to the new was most stark in the videos featured in the Oculus Cinema section. On the Note 4 version of the Gear VR, this was by far my least favorite content — it's where the weaknesses of the resolution and lower pixel density were most apparent. My eyes would strain after just 10 or 15 seconds of watching a video, and the experience was worse with 3D content. But on the Galaxy S6 version, all the videos I previewed were not only watchable, they were enjoyable. That screen door effect was majorly mitigated here, and in its place was a much smoother and visually comfortable experience.

It's hard to understate how important this could be for the success of the Gear VR, and Oculus' efforts in the mobile space in general. The biggest barrier to the Gear VR so far hasn't been the social awkwardness of wearing a head-mounted display, it's that it only worked with a niche device. The idea of a $199 consumer VR device was attractive to many, but shelling out nearly $1,000 more to get a Note 4 off-contract kept the reality of it out of reach.

The new headset will likely be priced the same, though Samsung will ultimately set the price when it releases it to market — it’s not yet clear when that will happen. Cohen told us before that he thinks the ideal price is free. Alongside the new headset the company also announced that paid content is making its way to the Gear VR (it should be available in the Oculus store now, and to Note 4 users as well).

Imagine the hype if it were compatible with an iPhone

The Gear VR is about to face its sink-or-swim moment. Instead of being a cool idea burdened by the requirement of owning a niche device, it's now going to be an affordable accessory to a phone that millions of people will own. If you still don't think that's a big deal, you probably haven’t tried it. And imagine the hype if it were compatible with an iPhone.

By leveraging the new revenue source with paid content and spreading the user base by building a headset around a flagship phone, the idea of dropping the price of the Gear VR to zero doesn’t seem so crazy anymore.

Until then, people are going to have to understand a few simple facts: virtual reality still needs headsets, and headsets are inherently awkward. But that doesn’t mean that the experience isn’t outrageously cool.