How the sci-fi virtual world spawned a strange new religion

It started with a joke. Or more accurately, a bizarre jeer.

"Early on, [members of the EVE Online corporation Adhocracy] started taunting the lower classes saying Bob is going to smite you if you're not participating in our gameplay style. And it started to take," declares the man only introduced to me as Proc Diadochu. His manner is warm and effusive, his smile open even when discussing the virtual death of dozens.

It's Sunday on the last day of EVE Fanfest, an annual convention dedicated to CCP Games' sci-fi sandbox MMO EVE Online, and we're talking about god. Specifically, a god named Bob. According to Diadochu, Bob presides over the game's wormholes, unstable space anomalies connecting two disparate star systems. He's a vicious deity who requires appeasement in the form of deaths, particularly those who transgress against the non-player characters (NPCs) in his realm.

"He prefers it when the acolytes of Bob find them and kill them."

"He loves players who are player-versus-environment-focused because they're focused on killing his NPCs, his Sleepers. He prefers it when the acolytes of Bob find them and kill them," Diadochu confides.

The exact time of its origin is unclear, but over the years the use of the epitaph began to spread from corporation — in-game organizations run by players — to corporation, and the Church of Bob slowly coalesced. Diadochu, along with others, eventually came to develop the lore and a variety of scriptures, including the plainly named Book of Rob and the Gospel of Onimuru.

"There are three brothers in the Church of Bob: Bob, Rob, and Stan," Diadochu explains. "Rob was the Blood god, and Bob was the god of Wormholes. And things like that and..."

"What about Stan?" I ask, puzzled. 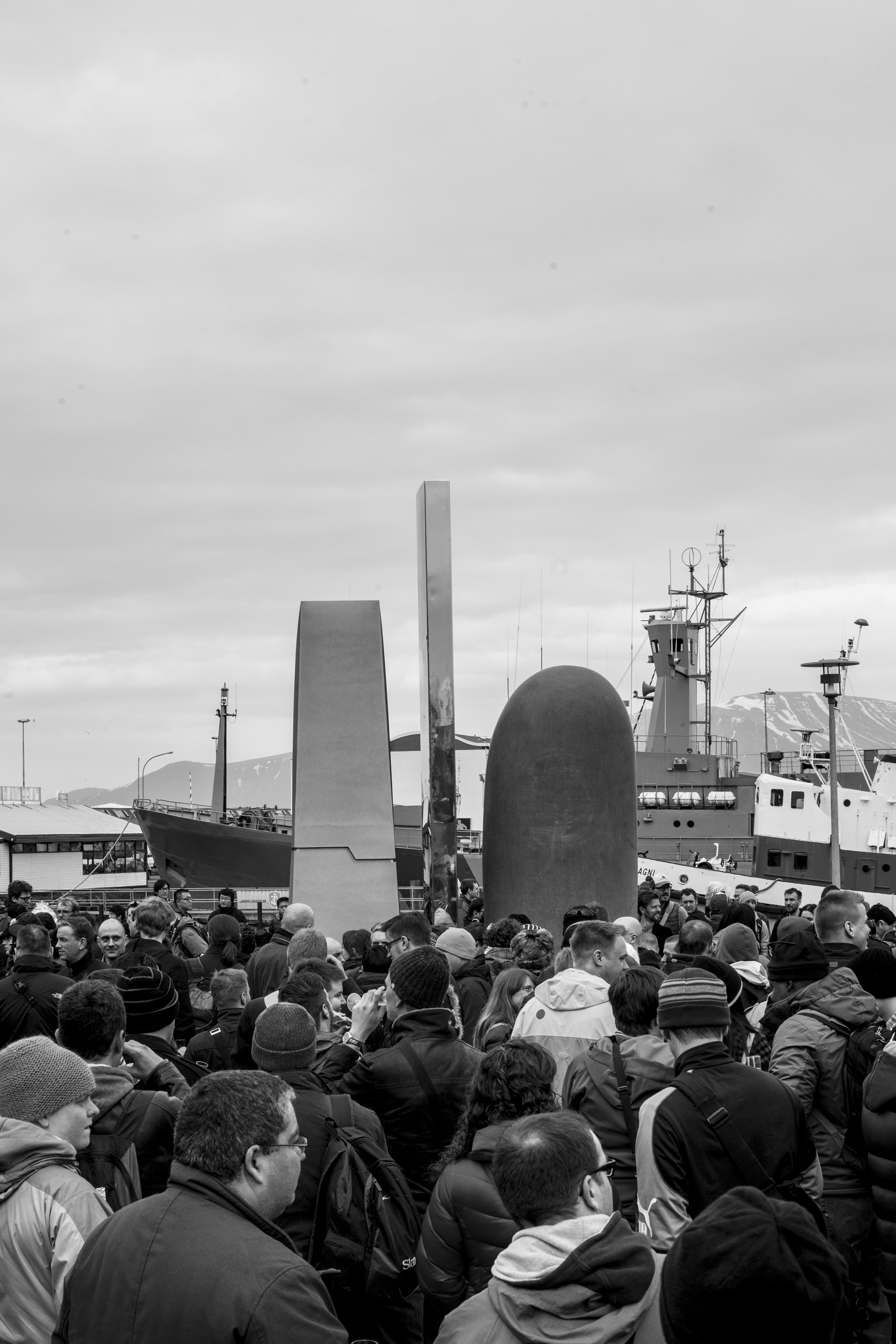 An Eve Online monument in Iceland

Diadochu is personally responsible for the Gospel of Onimuru, which came into being after a serendipitous joke caught on in the wormhole forums. Drawing inspiration from his study of theology, he modeled his work on ancient Christian scriptures, imitating word usage and structure where possible. The result is a curious melange of real-world mythology and fragments from EVE Online's existing narrative: a story about a man named Jorym, his son Onimuru, and how a representative from an intergalactic empire was mistaken for divinity. It might feel like an outlandish amount of detail for what is essentially a niched meme, but the acolytes of the Church of Bob seem to delight in the absurdity.

"The main tenet is to be a PVPer," Diadochu tells me with shrug. The idea, he continues, is to be mindful of one's activities, and to dedicate every death to Bob's name.

He goes into detail about some of the common tributes: honorable duels, the carcasses of expensive ships, jettisoned janitors sent hurtling into an indifferent sun, and fleet battles dedicated to Bob's name. Like everything else about the fictional church, there is little logical continuity to this inventory of potential sacrifices. They're just ideas to be played with. A touch of emergent flavor. Yet, at the same time, there is also something poignantly familiar about the whole endeavor.

"Religions don't have to make sense," he remarks. "A lot of religions are built around trying to explain things that we don't understand. And as wormholers, we don't really understand why things happen the way they happen."

"Religions don't have to make sense."

In the absence of precedence, people will build their own mythologies, a concept that has proven especially true with EVE Online. There is no ostensible end game with the seminal sci-fi MMO. No optimal playing style, or storyline to pursue to its inevitable end. Instead, players are left to decipher the limits of what can be accomplished. The consequences of that decision have fueled headlines in media outlets like The New York Times and BBC, as well as the fascination of a public that barely understands the game.

This quiet captivation with EVE Online is, in part, thanks to developer CCP Games' careful tending. Over the last decade, the Icelandic studio has done its best to integrate player content into the game and the media surrounding it, building in-game memorials, physical monuments, and even comic book collaborations based on player stories. Most recently, the company solicited voice recordings in a bid to produce a trailer capable of exemplifying the essence of the game.

The resulting video was somewhat awe-inspiring.

What's most impressive, however, is how attentive CCP is to even the smallest detail. Galactic News Network is an in-character news broadcast, which showcases the titanic intra-player struggles that take place on a regular basis. While mostly focused on the macro, it hasn't lost sight of the smaller things, including the chicanery of Bob.

"I talked to CCP Loki yesterday," says Diadochu, referring to the producer behind the Galactic News Network videos. "I said, ‘Look, do you know we have scriptures for this stuff?' And he said, ‘I want you to send all that you have to me.'"

No confirmation has been made as of yet as to whether or not Bob might feature more prominently in the videos, but it isn't an impossibility — his acolytes have been featured at least once on the bite-sized show. And while the Church of Bob waits to see if CCP will absorb their doctrine into official lore, they still have a BBC journalist to canonize as the voice of their holy texts.