By Jacob Kastrenakes and James Vincent

A new fossil pushes evidence for the human genus, Homo, back hundreds of thousands of years. Discovered on a hilltop in Ethiopia, the 2.8-million-year-old piece of a jaw containing five teeth is giving researchers a rare look into a period that they still have little evidence on: the changes to human ancestors between 2 million and 3 million years ago. Findings on it are being published today in the journal Science.

A transitional fossil in a period we have little on

"One of paleoanthropology’s main research goals has been to fiddle the temporal and evolutionary gap between these early and later phenomena," William Kimbel, an Arizona State University professor and one of the lead fossil analysts, said during a conference call discussing the findings. "It's been difficult."

The new fossil doesn't provide one simple answer, but it does start to detail the transition from Australopithecus fossils with small brains and ape-like jaws, such as Lucy, and members of the Homo genus that eventually led to modern humans. And this fossil is very much transitional: it displays traits from both Australopithecus and Homo. "The fact that it has Homo traits so long ago suggest that the transition itself was fairly rapid," Brian Villmoare, the study’s lead author, said on the call.

The Ledi-Geraru research area near where the fossil was found. Image credit: Erin DiMaggio.

Kimbel's analysis of the fossil is one of two studies being described today in Science. The other, a paper from Penn State University, describes the area that the fossil was found in and what the landscape was probably like when this inhabitant lived there. That study is responsible for dating the fossil to 2.8 million years through a look at the surrounding sediment. At that time, the researchers say, the area likely contained open grass and shrublands as well as rivers and lakes.

"These [studies] are important in that they add a new data point to a time period in which little is known about fossils of our genus, Homo," Susan C. Antón, an anthropologist working at NYU who was not involved in either study, tells The Verge. "...The whole topic of early Homo is hotly debated, but it is becoming clearer that there are multiple early species in East Africa and that early changes include a decrease in tooth and jaw size, probably related to what was being eaten."

A related paper published in the journal Nature corroborates the new, earlier timeline for Homo, and suggests that the genus also diversified into different species sooner than scientists previously thought. However, some scientists remain skeptical that early examples of Homo belong in the genus at all. 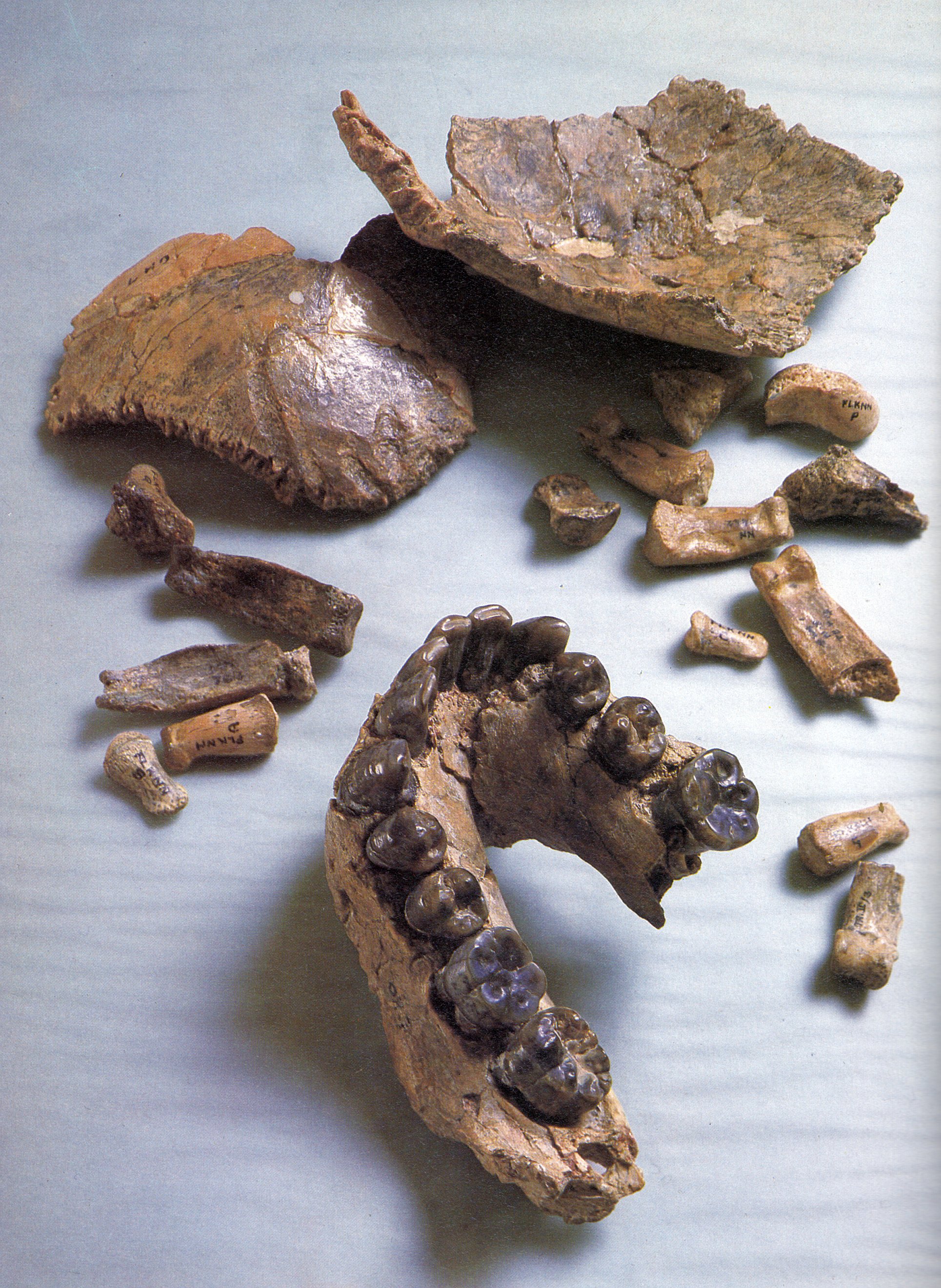 In the Nature paper, researchers from University College London and the Max Planck Institute for Evolutionary Anthropology in Germany used a CT scanner to reconstruct the lower jaw of the type specimen of Homo habilis, a 1.8-million-year-old fossil known as Olduvai Hominid 7 or OH7 that established the species for archaeologists.

"We digitally took it apart and discovered that all the breaks were well-preserved, and that the lower jaw was more primitive than people have estimated in the past," says Fred Spoor of University College London. The rows of teeth were "relatively long and positioned parallel to each other," says Spoor, who compares the jaw of Homo habilis to that of a chimpanzee or gorilla — though without the pronounced canines of either of these animals.

The research also suggested that the idea that the evolution of our distant ancestors happened in lockstep with the development of increasingly bigger brains isn’t quite right. Spoor says that at certain points in our evolutionary history the brain just "really isn’t important. It remains static, and you get chances in behavior without changes in brain size."

In the case of the genus Homo, these changes are most noticeable in the face, says Spoor, arguing that the development of the jaw is the clearest way to differentiate between Homo species. Although some scientists have said that different fossils — such as those belonging to Homo rudolfensis — are actually part of the same species, Spoor is adamant they’re wrong.

"We now have a very plausible scenario where early Homo emerges from Australopithecus afarensis."

"The degree of difference between habilis and rudolfensis is on a par with the difference between chimpanzees and humans," he says. "The chance you’d ever find any two examples of the same species that were that different is out of the question."

Spoor says the new studies add detail to what has been a "black hole" in our evolutionary history. "We now have a very plausible scenario where early Homo emerges from Australopithecus afarensis [a species that existed some 3.9 million to 2.9 million years ago]. This is represented by the jaw that is 2.8 million years old, and somewhere between 2.8 million and 2.3 million years ago it breaks up into different lineages." That eventually includes one important species, Homo sapiens — you know, us.