Epic Games, the company best known for Gears of War, has a very different plan for this generation of video games — one that expands far beyond what games are typically assumed to be. Founder Tim Sweeney sat down at the annual Game Developers Conference to explain why the company has moved away from expensive boxed blockbusters to its ambitious strategy for the future.

“We realized the world was changing,” says Sweeney. “Last generation Epic was like this badass AAA game developer, but we were pretty remote. We’d ship a game every two or three years, it’d get a huge reception, and we’d go off and build another one.”

Now Sweeney describes a more transparent company that serves the AAA industry but also the indie game community that has blossomed over the past decade. Last year, Epic reduced the price of Unreal Engine 4, the software it licenses to video game developers to help them create and power their video games, to $19.99 a month; this year, Unreal Engine 4 is free — the company asks for a 5 percent royalty for any commercial product made with the engine that makes more than $3,000 a quarter. The developer's own video game showpiece at GDC is a "free" reboot of its beloved franchise, Unreal Tournament.

"We realized the world was changing."

Today, Epic Games faces more competition than ever, both as a developer and an engine maker. To retain its dominant spot in the industry, one established over the past two decades, the company is making aggressive moves to attract new designers to the engine.

"Everything we’re doing now is about iteration," says Sweeney. "We’re developing the engine live. We’re doing both incremental improvement and major new systems and features, all simultaneously. This is it. This is what we’re going to be doing for the next decade. If over the course of this constant stream of new things we’re developing, if at some point we call it Unreal Engine 5, that will be a version number rather than some top secret project that eventually sees the light of day." 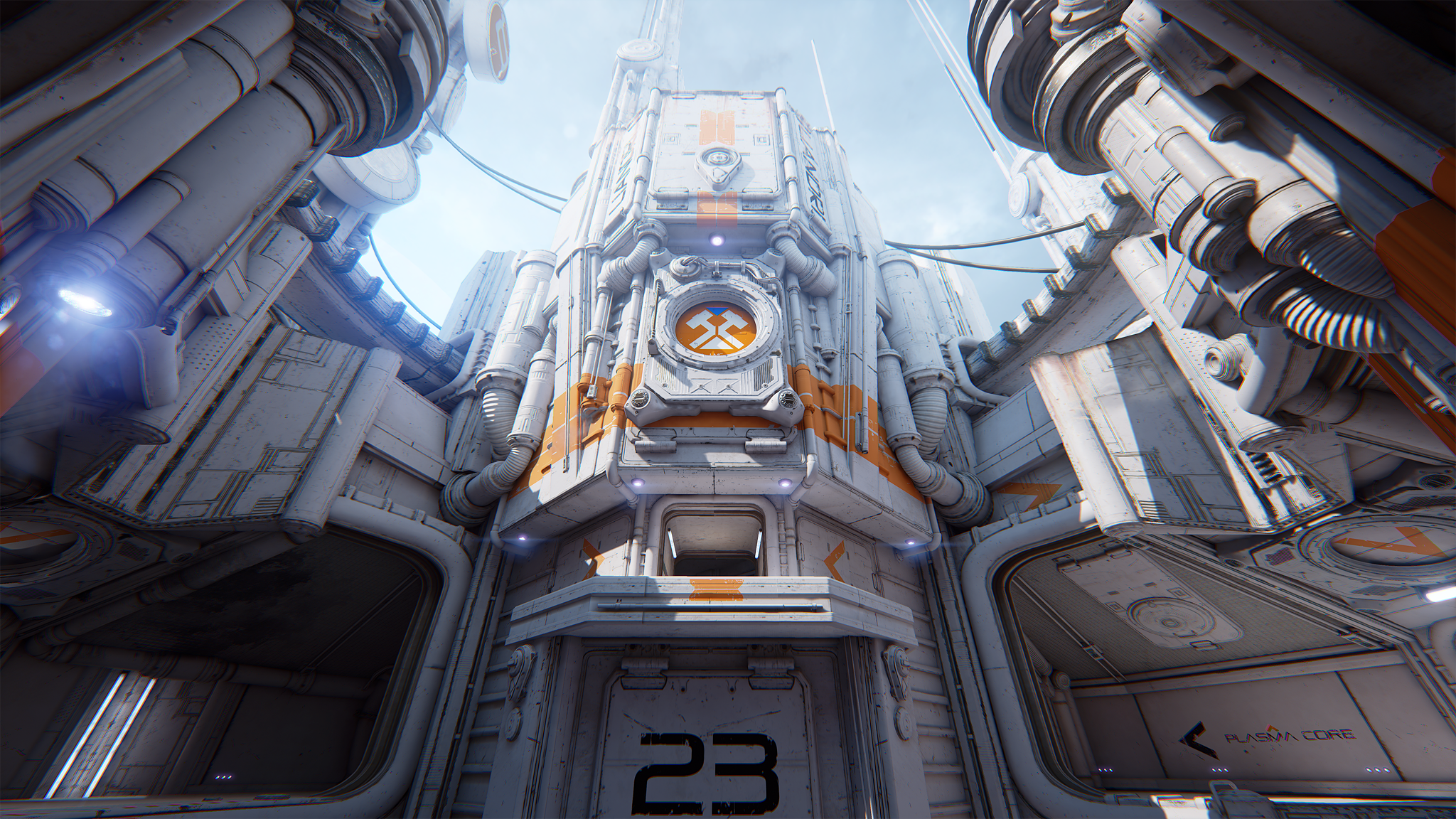 When asked if Unreal Engine 4 will span the next 10 years, Sweeney says that it’s for the foreseeable future, that Unreal Engine will get to "the promised land," a vision of the future Sweeney’s hinted at earlier in the day during his speech at the Game Developers Conference. "This is the word I was afraid to use earlier. This is the convergence of all these forms of media."

Technologists, media theorists, and game designers spoke of the convergence ad nauseam in the 1990s, when film and video games came together in a garbage fire of media that could neither be called a good game nor a good film. In the 2000s, the convergence was replaced with the notion of transmedia, with entertainment spread across different mediums, connected through a shared universe or narrative. However Sweeney believes the convergence is making a comeback, that the graphics world is seeing humans and technology meeting at a unified point. Sweeney sees photorealistic 3D objects and lighting and virtual reality attracting game designers, sure, but also industrial designers, architects, and film makers to engines like Unreal Engine 4.

In this future, or present if you ask Sweeney, lessons learned from one field, say an architect designing a virtual building, can be applied to games or film, and likewise. Sweeney believes the potential application of the engine across all fields increases exponentially as information is shared. 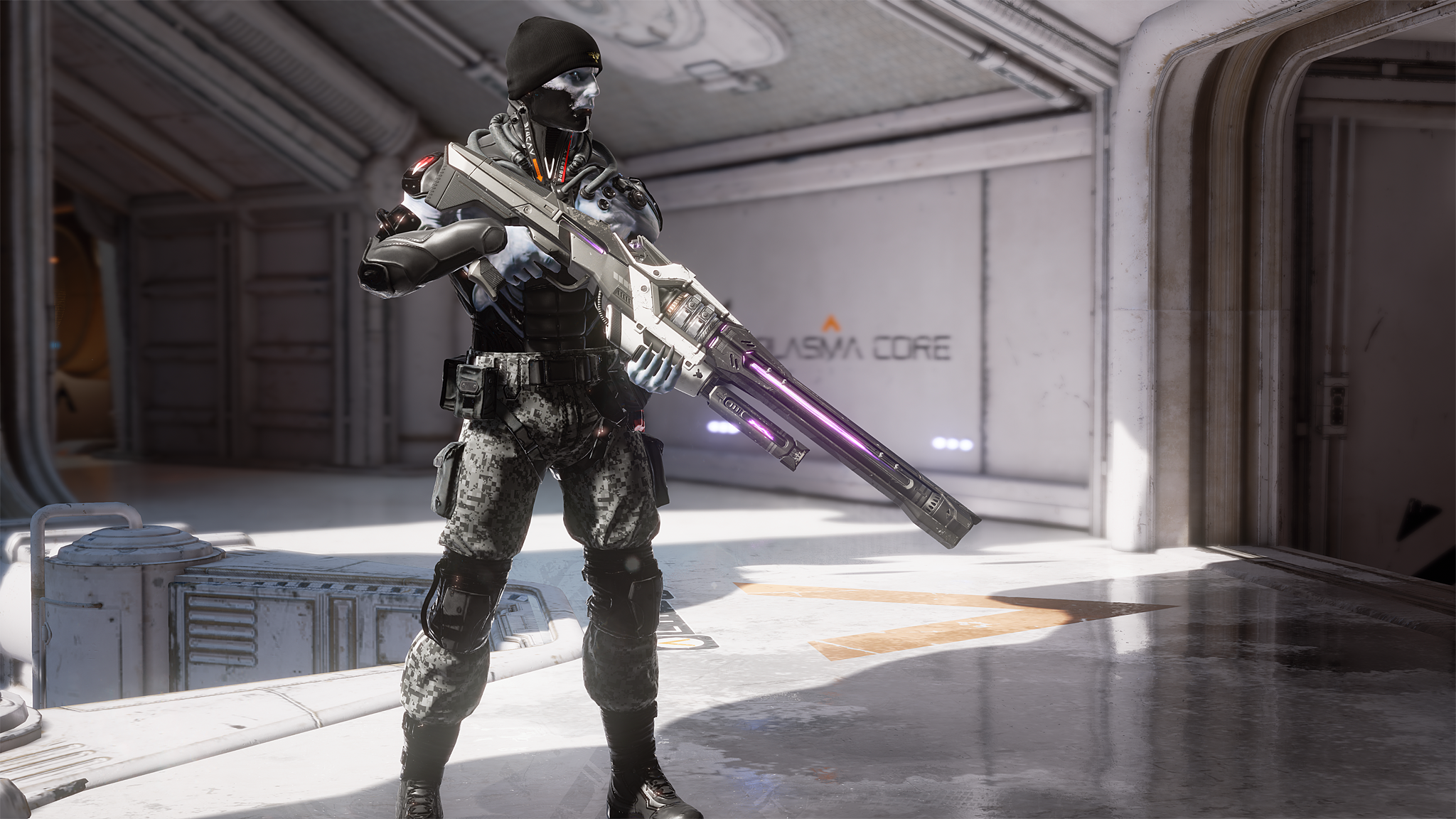 All of this raises the question: does Epic Games identify purely as a games company? "We’re realizing now that Unreal Engine 4 is a common language between all these common fields." Sweeney doesn’t see the industries as all that different. More interesting than Sweeney’s prediction of field-sharing information and experience is the speculation of the fields in some ways merging together. For their most recent demo, Epic Games partnered with Weta to create a VR demonstration featuring the dragon Smaug from the The Hobbit.

"Unreal Engine 4 is a common language."

"Once all movies are made in a real-time engine," says Sweeney, "and they’re experienceable in VR with some amount of interaction, it’s not going to be a separate industry. There will be a continuum from storytelling that’s mostly linear to user-driven games and everything in between." 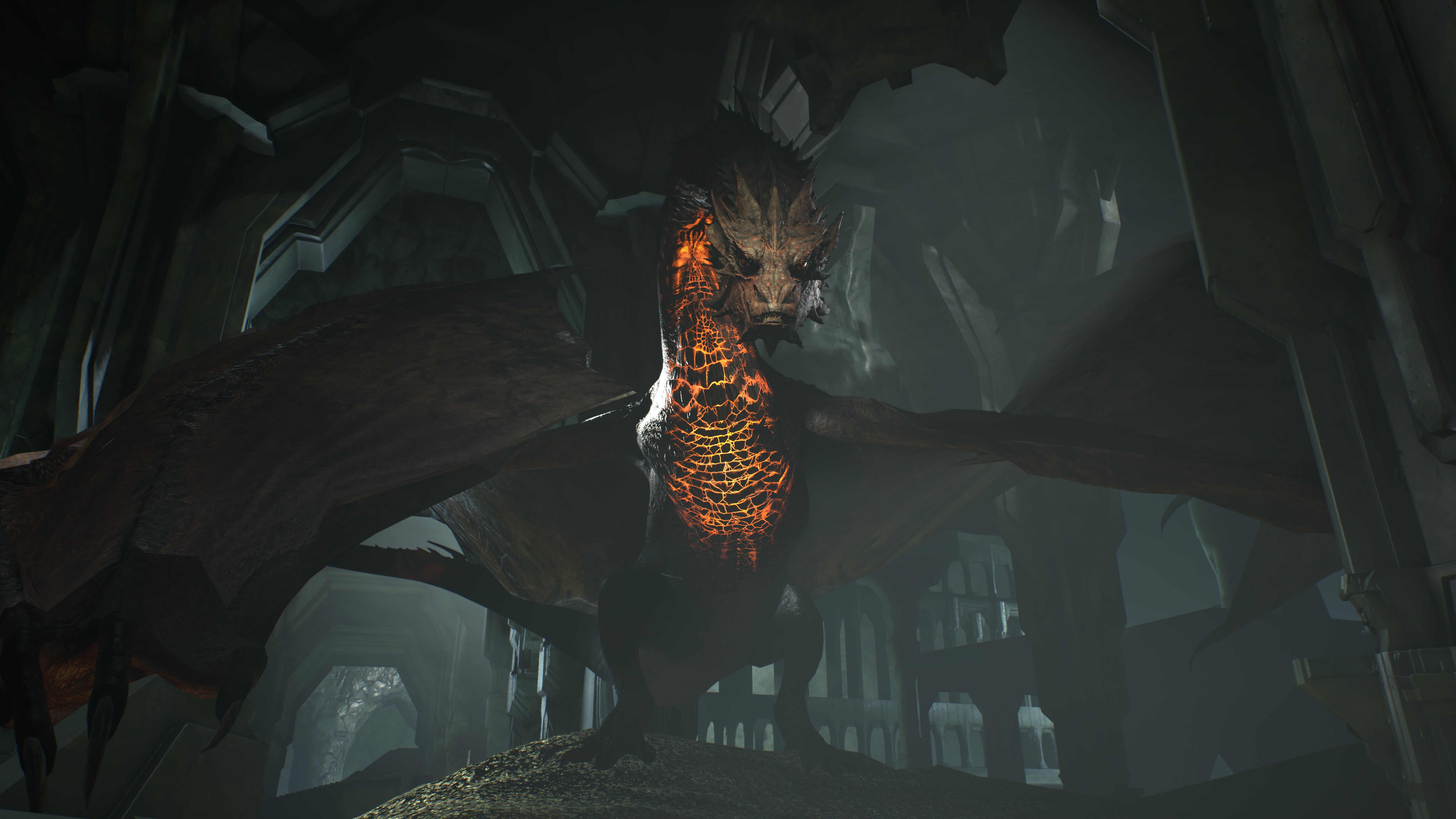 "We’re not necessarily looking beyond the game industry," says Sweeney, "but the game industry is expanding to include everything […] These augmented reality experiences, they’ll have game aspects and social aspects and explorational aspects. They’ll be very multi-faceted. Everything will come together in this common language."

"Everything will come together in this common language."

Hearing Sweeney talk about Unreal Engine 4’s potential, it’s clear Epic Games has been considering the bigger picture. In 2012, Sweeney says he realized, in that time, the studio needed to move away from the AAA console release cycle and make games that were continuously available, improved over time, and shaped by users. Last year, Microsoft acquired the rights to Epic Game’s Gears of War. Sweeney says he still sees Rod Ferguson and Cliff Blezinski, two former employees who helped shaped that franchise. Sweeney calls that decision "the right thing […] a win-win for everybody." 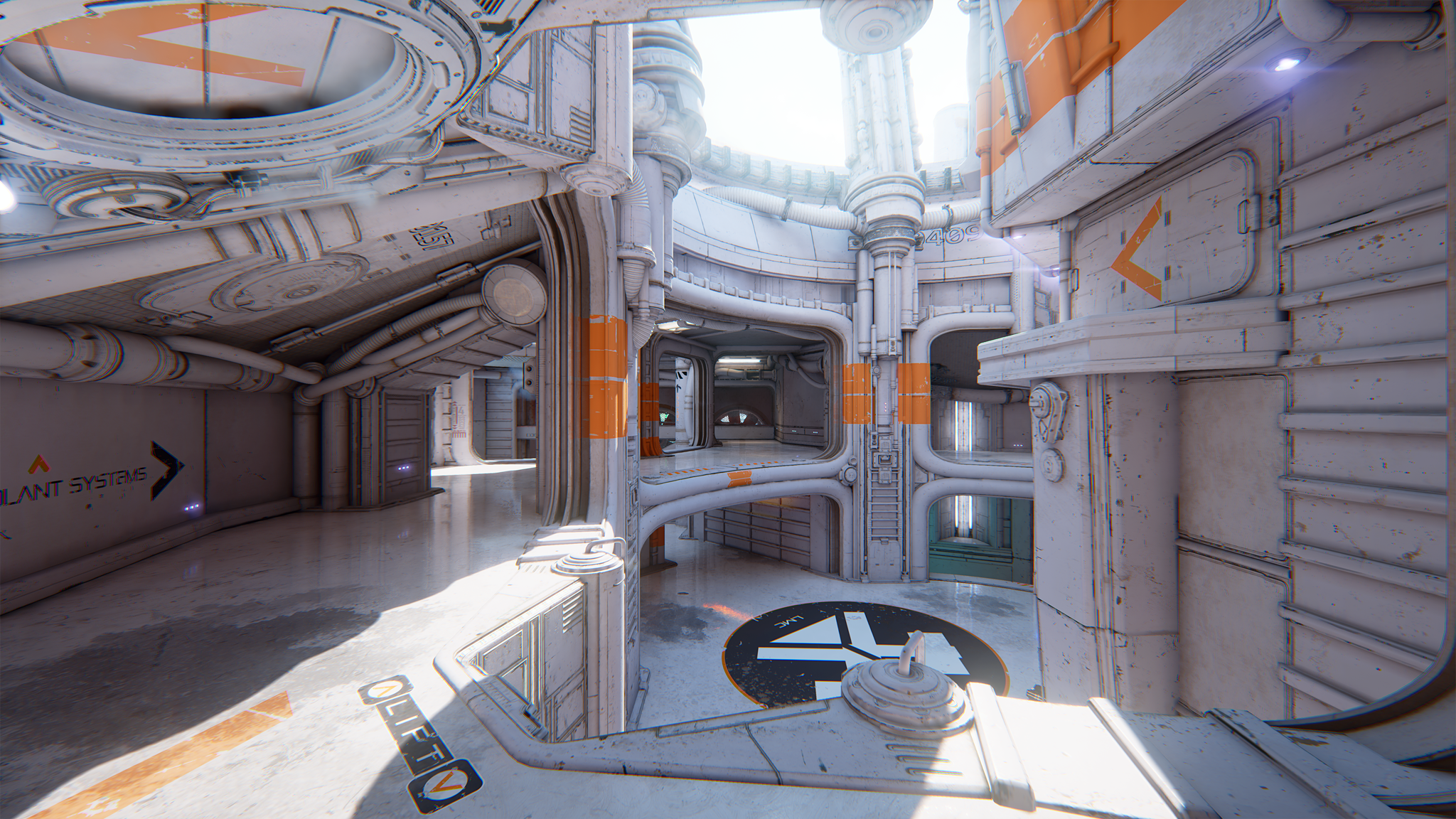 Many of Epic Games' big departures and changes happened following the purchase of 40 percent of the company by Chinese game publisher Tencent.

"Their principles are very much in line with our own," says Sweeney. "Their view of games is they should be very generous toward players. If you go free-to-play and have a game where you can buy stuff in-game, it cannot be pay-to-win. It’s got to be a game that people play and enjoy and see as fair. And when they’re having a great time, they’ll be like, 'yeah I’ll spend some money to buy some more stuff to improve my experience.' It’s a very pro-consumer approach. It’s like the Riot approach for operating their games."

games should be very generous towards players

Tencent owns 92.78 percent equity in Riot. That developer is known for the rapid rise of League of Legends, one of the most popular free-to-play games on the planet. In early 2014, the game had over 67 million monthly players. By October of last year, it was poised to make over $1 billion in the calendar year. Tencent will publish Epic’s games, like the upcoming free-to-play game Fortnite, in China and Asia.

"If you look at Epic over the generations," says Sweeney, "we’ve always had a major partner. In the previous generation, it was Microsoft. We were a first-party developer for the platform. They published our games. They did all the marketing and distribution. This time around, in realizing that we want to make games and go directly to gamers, Tencent was a better partner. Because our relationship with Tencent is about bringing these games to their market in China, we have complete freedom to do what we want to do and everything we need to do in the entire world."