When Matt Korba was young, he adored adventure games, but there was one series that was always closest to his heart: King's Quest. And while there hasn't been an official game in the series since 1998, that love never went away. Today he's president and creative director at indie game studio The Odd Gentlemen, and the company's current project is something a young Korba could've only dreamed about, a brand new entry in the beloved series. Simply called King's Quest, the game is even being published under the resurrected Sierra Games banner, all of which has led to quite a bit of pressure for the lifelong fan of the series.

"It definitely keeps us up at night," says Korba. 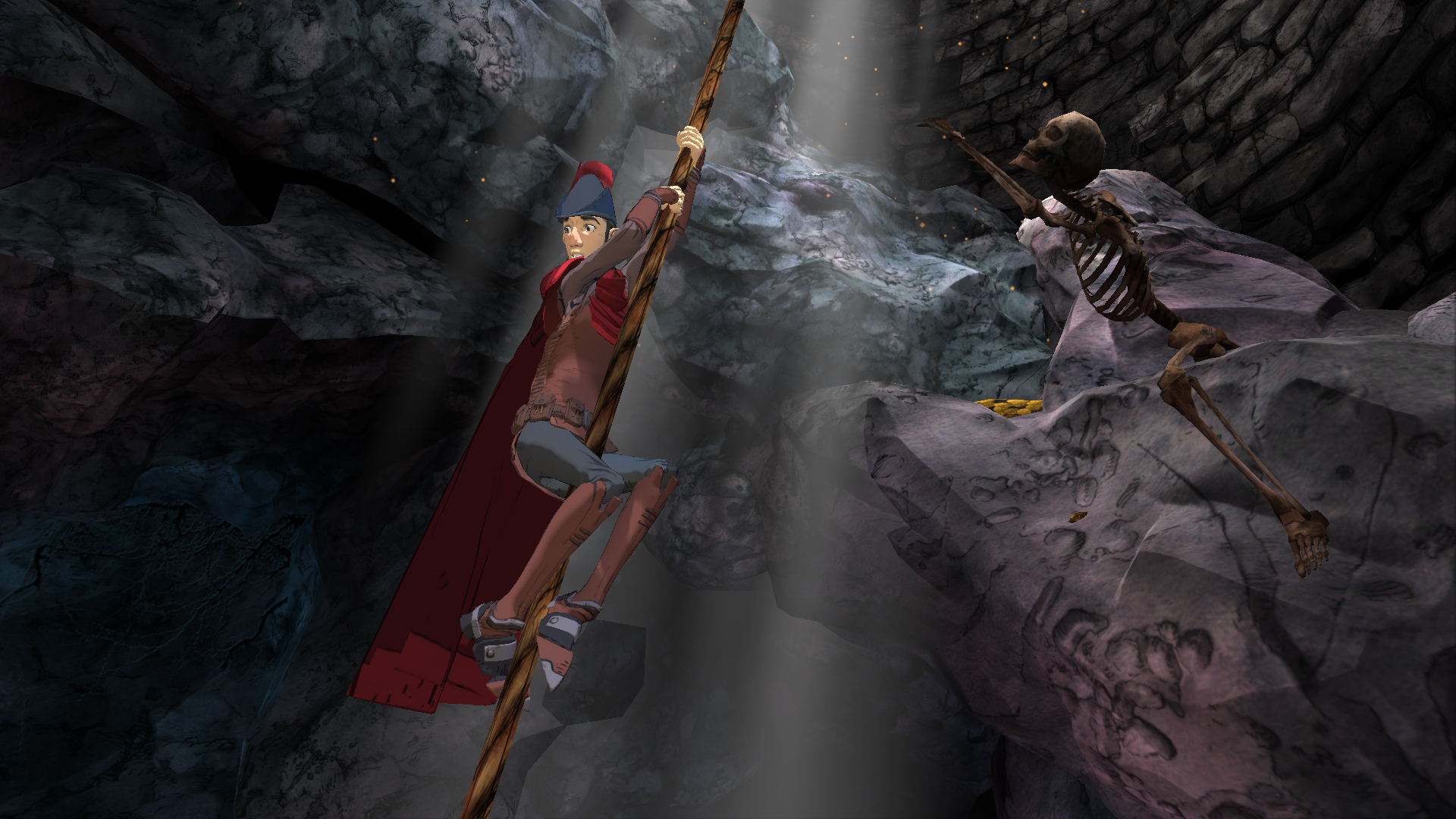 The new King's Quest isn't a sequel, but instead a reimagining that takes many familiar faces and locations from past games and uses them to tell a new story. "It's like when somebody comes and re-imagines Wizard of Oz or Peter Pan," he explains. "I view it as the same as those classic fairy tales that have been told over and over again. And this is just our take on it."

"You don't have to play the other ones at all."

In fact, in order to stay true to the franchise, the studio reached out to original creators Roberta and Ken Williams to get their approval. And after seeing an early demo of the game, Roberta and Ken not only gave their blessing, but provided tips on how to give a game that specific feeling that has made the series so beloved. "Robert and Ken talked to us about this pyramid, and that pyramid is made of gameplay, story, and art," says Korba. "And they all need to work together to create the King's Quest magic. So that's the balance that we tried to keep."

I was able to see an early version of the game during an extensive hands-off demo at GDC, and while it's still early — the menus were all placeholders and much of the voiceover was missing — the game looked absolutely gorgeous. The character animations were incredibly charming, from the way the main character's cape swirled as he pranced around, to the giant dragon that trembled as it snored. Meanwhile, the backgrounds were all hand-painted — literally. The art team actually painted textures, which were then scanned into the game to give it a storybook look.

But the updates go far beyond just the sleek new art style. The gameplay sits somewhere between the classics fans remember and the more streamlined experiences found in modern games like The Walking Dead or Life is Strange. The focus is still on telling a story and solving puzzles by collecting items and interacting with the world around you, but new in this game is a narrative that changes depending on your actions.

The game is narrated by series mainstay Sir Graham, now an old grandfather telling stories of his early adventures to his granddaughter — sort of like a video game version of The Princess Bride. That story can be altered depending on what you do; you can make him out to be a strapping hero or a coward, and it all depends on how you play. For instance, during an early portion of the game you'll have the option to save a dragon chained in an underground cave or leave it be, and what you end up doing will have an impact farther down the line. You're essentially shaping his legend. And just like in more modern games, King's Quest will be released as a series of episodes, with the first of five set to debut this fall. 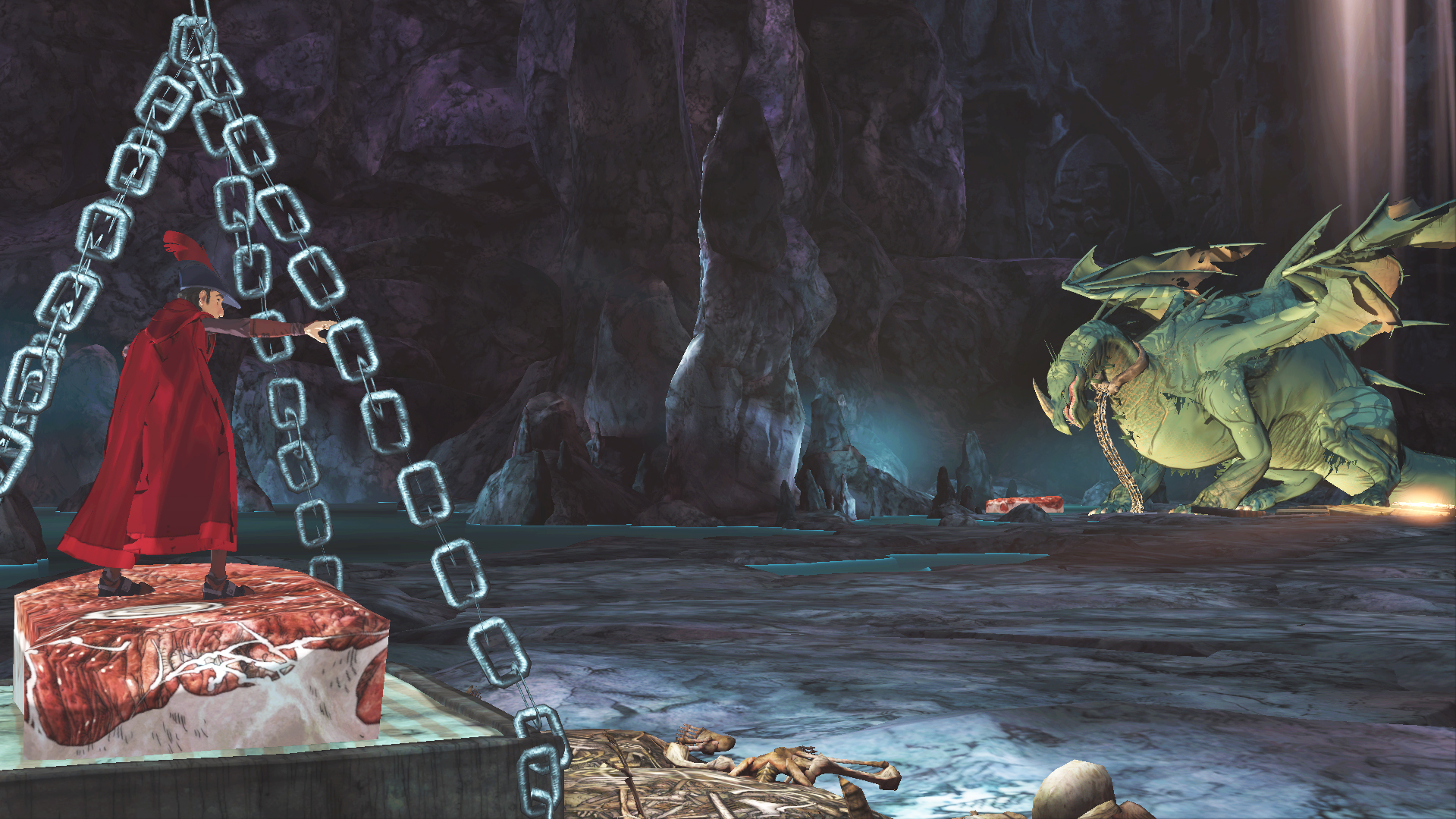 The gameplay has also been tweaked to be a bit more approachable compared to the originals. Adventure games are infamous for their frequently nonsensical puzzles — even classics like Grim Fandango have this problem — but Korba says not to expect that in the new game. "There's not a lot of dream logic in the game," he says. "You're never going to combine a corn kernel with a snake and make a pegasus. It's all very logically sound." And, unlike past games, there won't be any dead ends here, so you won't find yourself stuck because you missed an item hours earlier.

It's all in service of making a game that will appeal to both new and existing fans of the series. "We're designing this game so that, if you like what you see, you don't have to play the other ones at all," Korba explains. "But if you have played the other ones and you're a hardcore fan, you'll appreciate stuff on a whole other level."

That's also part of the reason the game is a brand new story, instead of a continuation called King's Quest 9 — the developers still have the burden of living up to the King's Quest name, but they don't have to follow the exact path laid down by the eight previous titles. The first chapter is expected to debut later this year, and will be coming to a huge range of devices, including PC, Xbox 360, Xbox One, PS3, and PS4. And when it does finally launch, it will be a game about blending storytelling and puzzles, just like the games Korba grew up with.

"That's very much key to all of adventure gaming," he says, "but especially King's Quest."