This article is to be read to the tune of a heavy metal soundtrack. Because the Alienware Area-51 is heavy, metal, and just as outrageous as Iron Maiden at its finest.

Announced at the end of last summer, the Area-51 was an immediate sensation thanks to its unconventional, otherworldly shape. Hexagons and sharp lines are an established trope in gaming PCs these days, but nobody had thought to make the entire chassis into a hexagon. None of the major manufacturers, anyway. And that's what really excites me about this big and bold Alienware rig: it's a huge company acting like a scrappy startup and experimenting with a whole new layout and construction. 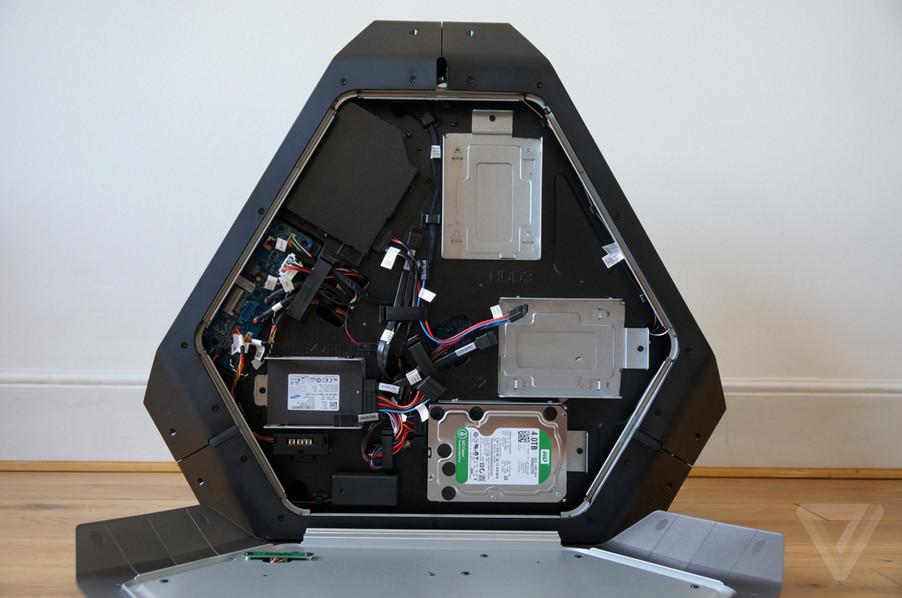 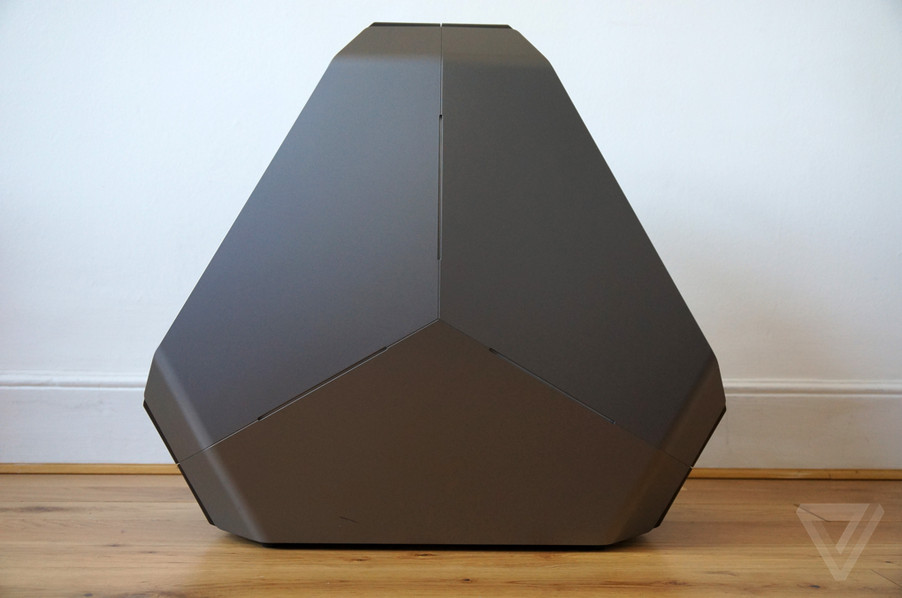 Forget the square box, try the hexagonal one instead

The first noticeable thing about the Area-51 when it's seen in person is that it's surprisingly large. This is not an effort to minimize your PC's footprint or visibility (like the Falcon Northwest Tiki). With LED lighting embedded into each side and around the front frame of the case, The Area-51 is designed to attract attention. The second thing you'll notice, should you ever attempt to lift it, is that it weighs about as much as a small person. Alienware isn't taking any chances with its choice of materials, and the company even claims that in spite of its massive weight, each corner of the Area-51 has been tested to withstand up to five times the weight of the entire system.

There is a carrying handle at the top of the case, and just under it are a couple of latches that open up the side panels. Opening and closing the sides is such a satisfyingly simple process, and so evocative of spaceship equipment from the movies, that I find myself doing it just for kicks. Delving inside, I see one section is dedicated to storage, which is arranged behind the motherboard and even has extra room for expandability beyond the SSD and hard drive already attached. The other side is dominated by three (three!) Radeon R9 290X graphics cards, for which Alienware has built a special support structure inside the case, to keep the cards firmly in place. The CPU is liquid-cooled, of course, and there are four sticks of 4GB Samsung RAM in a quad-channel configuration.

I appreciate that Alienware didn't feel the need to dress up the memory with extra heatsinks or other superfluousness. In fact, as striking as the Area-51's design is, most of it can actually be justified on functional grounds as well. The input and output ports on the back are more convenient to reach because of their new upward-facing orientation. The power supply is tucked away in one corner and all the upgradeable parts are readily accessible thanks to a thoughtful internal arrangement. Sure, the LED lights are pure ostentatiousness, but they can be switched off — or customized to pulsate in all the colors of the rainbow — via the included Alienware Command Center software. 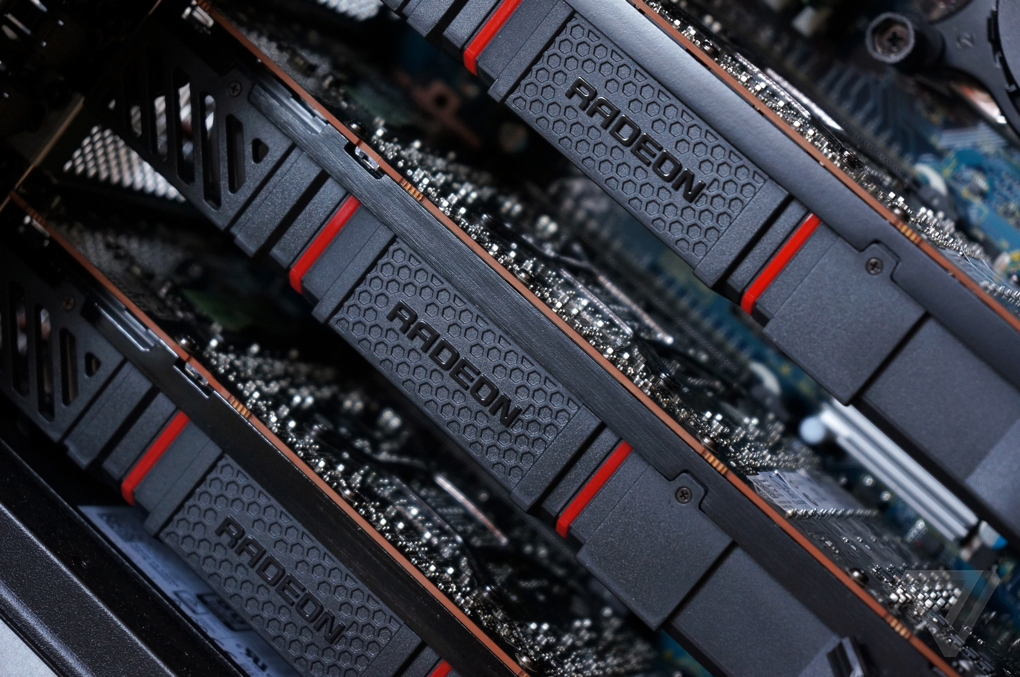 Almost no bloatware to spoil the fun

The Area-51 is a machine built for speed and performance, so it's also good to see almost no bloatware on its stock setup. The few added programs that Alienware pre-installs include one for capturing in-game footage, so even if you don't agree with the company's software choice, you can see the justification for why it's included.

Though it's full of praiseworthy and refreshingly new elements, the Area-51 isn't without its faults. The screws holding down each graphics card sit just under the external frame of the case, making it impossible to hold a straight screwdriver over them. The size and weight of this rig are also likely to become an issue. This is the least portable computer I've used in the past two decades. And finally, there's the small matter of the price. The Alienware Area-51 starts at $1,699.99 and quickly goes upwards from there. I'm not sure of the exact pricing of the unit that Dell sent me, but with the trio of graphics cards, 16GB of RAM, and a 2.5GHz Core i7 CPU (unlocked for overclocking, naturally), I suspect it's approaching five figures.

Like the Ferraris and Lamborghinis I've been photographing this past week at the Geneva Motor Show, the Alienware Area-51 is a machine for a limited audience. Dell has a litany of other computers it can tailor to the needs of the mainstream consumer. This one, however, is for stirring imaginations and for giving people something tangibly unique and different. It's a luxury PC. A beautiful, thoughtfully engineered chunk of heavy metal. 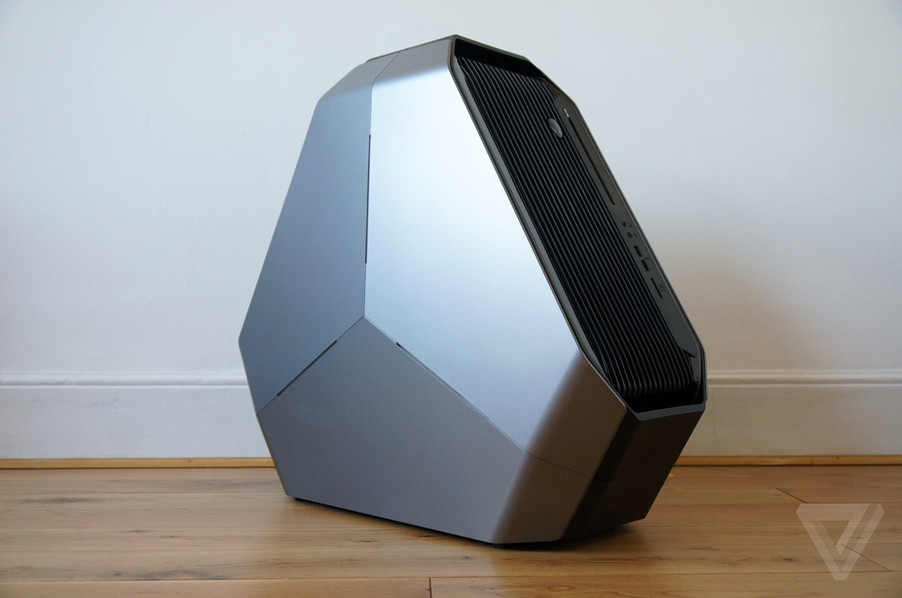 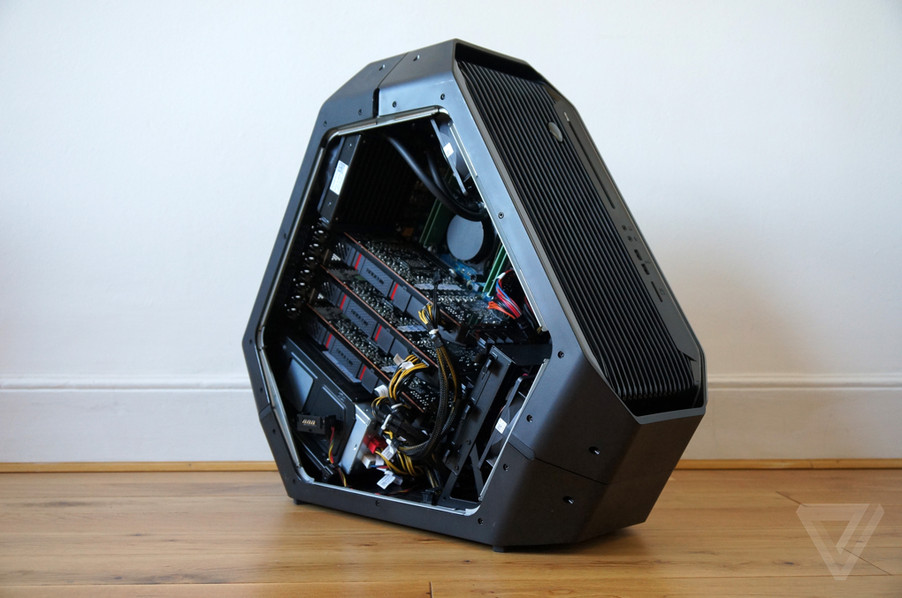