Much can be said about the things Apple's left out of its latest 12-inch MacBook with Retina Display. You don't get a MagSafe power plug, or any of the old ports from previous models (except for a place to plug in your headphones). And the front-facing camera is a step down in quality from what you get on the MacBook Air. On the flipside, the entire computer is two pounds, has a Retina Display, and promises a very reasonable 9 hours of battery life.

All in all, it's come a long way from the big generational change with Apple's previous thinnest and lightest computer, the MacBook Air. Its 2010 redesign brought over a bunch of miniaturization tricks from iPhones and iPads to make it even thinner than the first-generation model it replaced from 2008. Stacking the two side by side, you can see just how much better Apple's gotten not just at shrinking components, but also squeezing batteries into tight confines.

The dark one on the left is the 2010 redesign of the MacBook Air, and the gold one on the right is Apple's new 12-inch model: 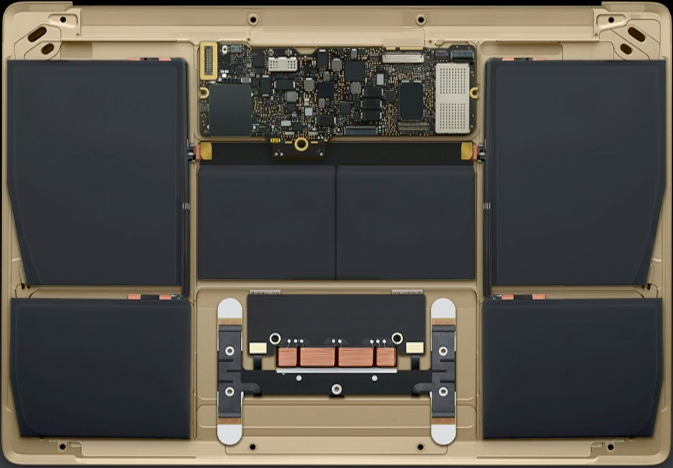 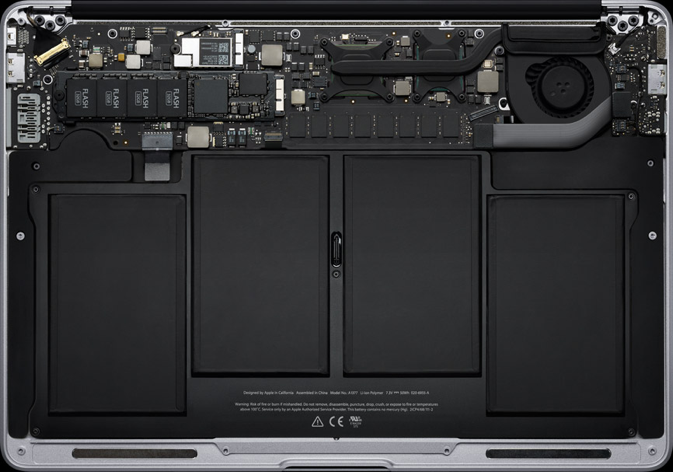