Going trackside with Formula E, the electric race car of the future

On the morning of the first ever Formula E race in the United states, the press office located in the American Airlines Arena was set to open at 7AM. Worried about the impending crowd and the limited parking, I arrived an hour before that. I paid $20 to leave my rental car in the parking lot of "Will Call," a bar that was inexplicably still open but was conveniently located right behind the main grandstand. I gathered my camera gear and got out of the car, ready for a 12-hour day of watching electric race cars carve their way around the streets of Miami. It was at that moment I realized there was a family of four parked next to me in a mini-van doing the same thing.

While Will Call was still finishing up last call.

The point I'm making is that — even though Formula E is a brand new series that lacks a true international star, even though the cars turn most motorsports fans off because they eschew combustion engines for electric ones, even though that means there's "no sound" — something big is happening here just six races into the sport's inaugural 11-race season. Formula E is probably already a success on a number of measurable levels, but if anything, it's at least already successful enough to make families try to get to the event before the sun is up. 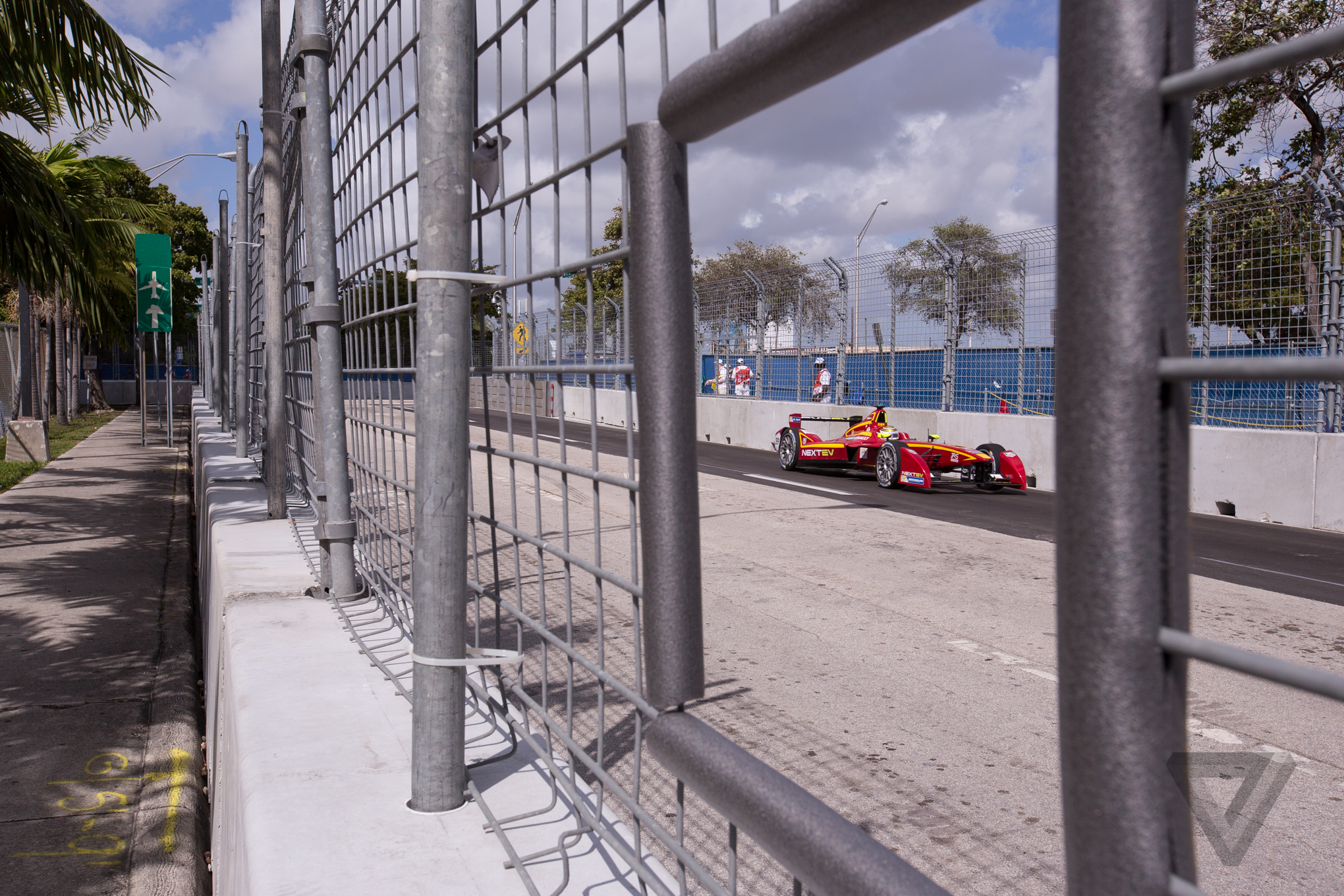 That's impressive, especially considering that legacy racing series like NASCAR — which at its peak brought around 100,000 people to most races — are bleeding fans left and right. But it all makes sense once you've seen these cars in action.

Formula E might have arrived at the perfect time

Granted, I was so close that my camera and I were being pelted by bits of rubber that used to belong to Michelin and bits of gravel that used to belong to the City of Miami. My enthusiasm might be more measured if I had sat in the grandstands instead. But I've seen enough racing at speedways big and small to know when I'm watching an exciting series and when I'm watching a dud.

Formula E has to jump a lot of hurdles to achieve long-lasting success, and it's trying to do that at a time when basically every major motorsport in the world is on some sort of decline. But if the race in Miami was any indication of where it's going, it's off to a hell of a start.

A cameraman shoots out of one of the only available photo holes in the fence. The setup of the track was so rushed that almost none of these special sections of fencing were installed.
Most Popular
From our sponsor
Advertiser Content From